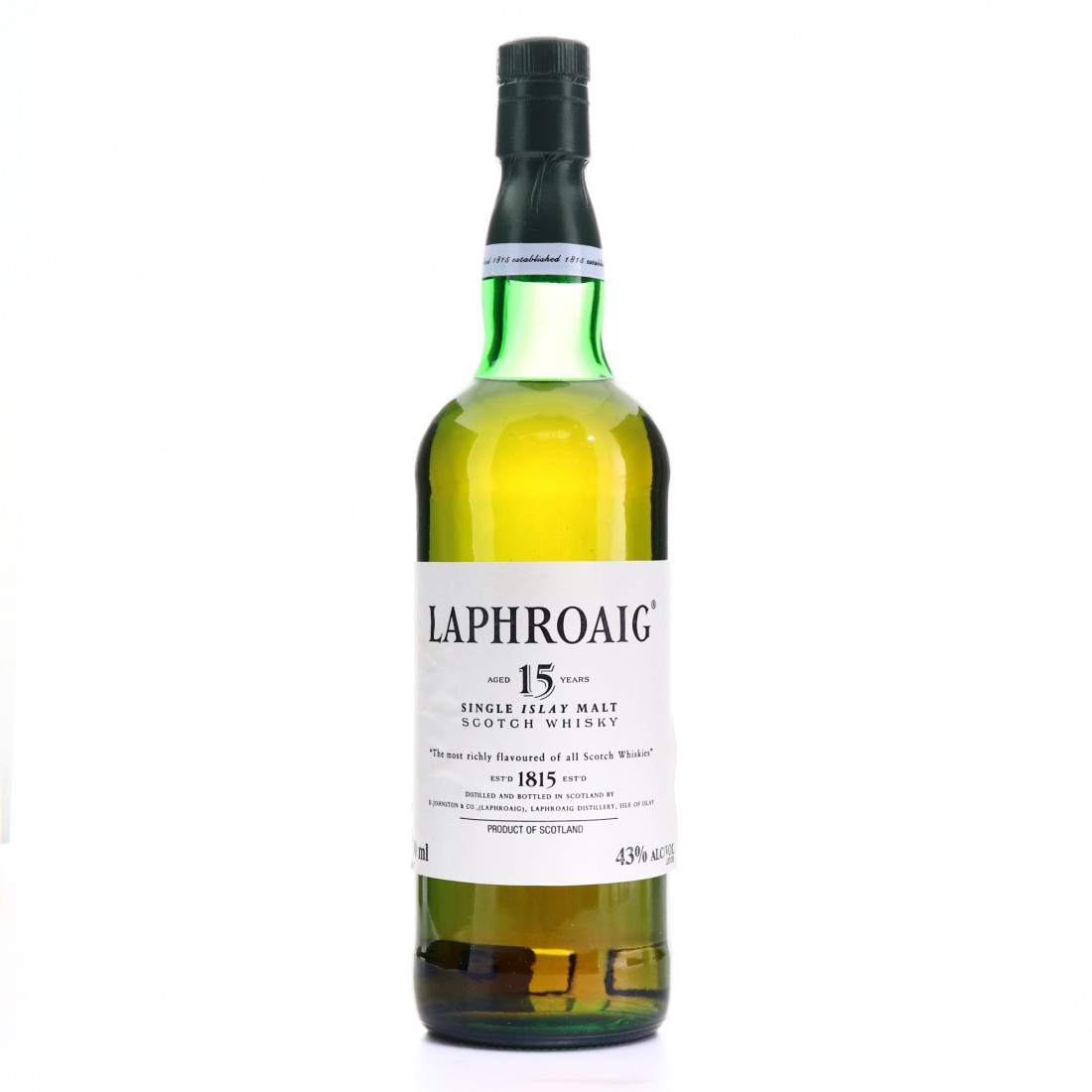 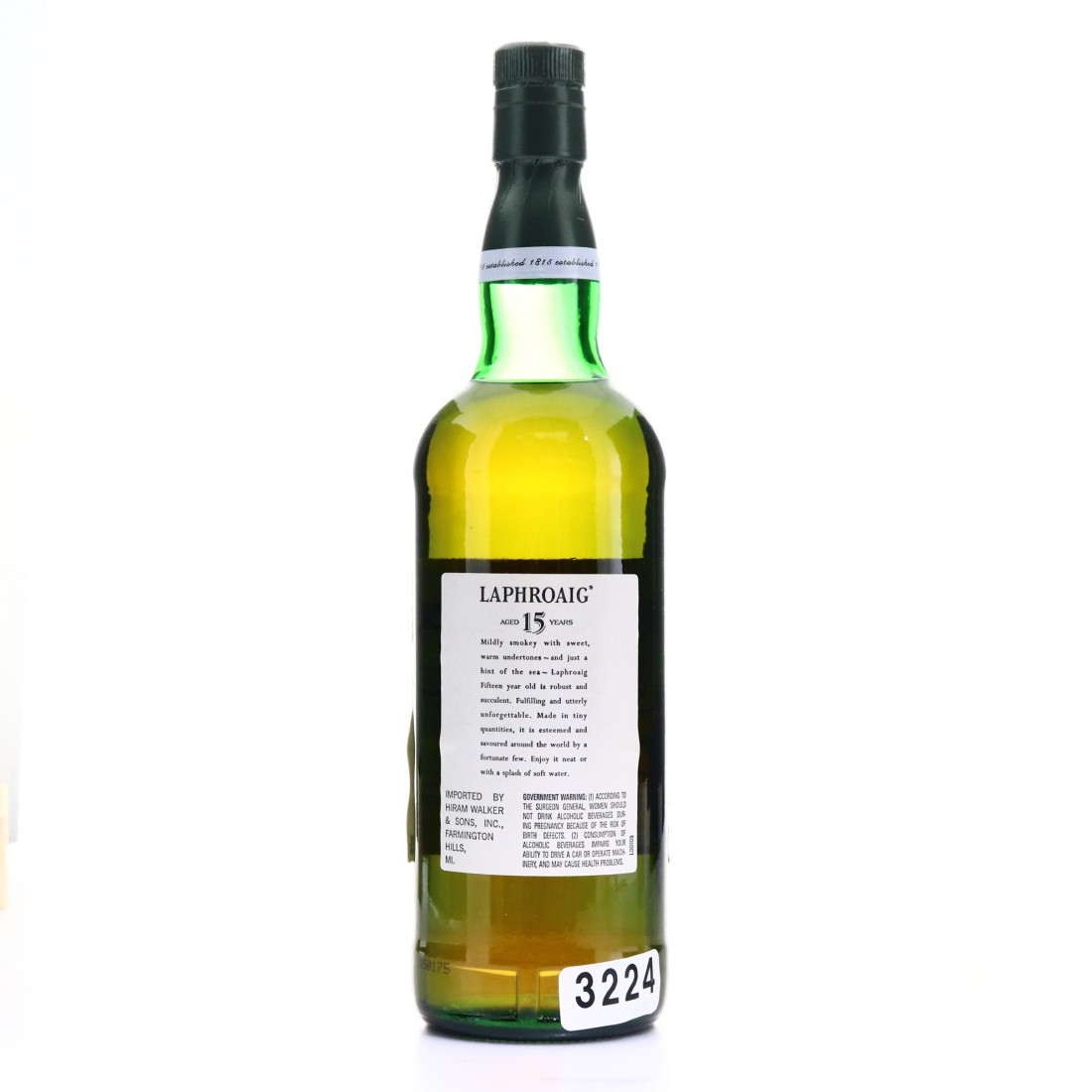 An early 1990s release of the Laphroaig 15 year old, bottled prior to 1994 when the Royal Warrant was granted to the distillery by Prince Charles.