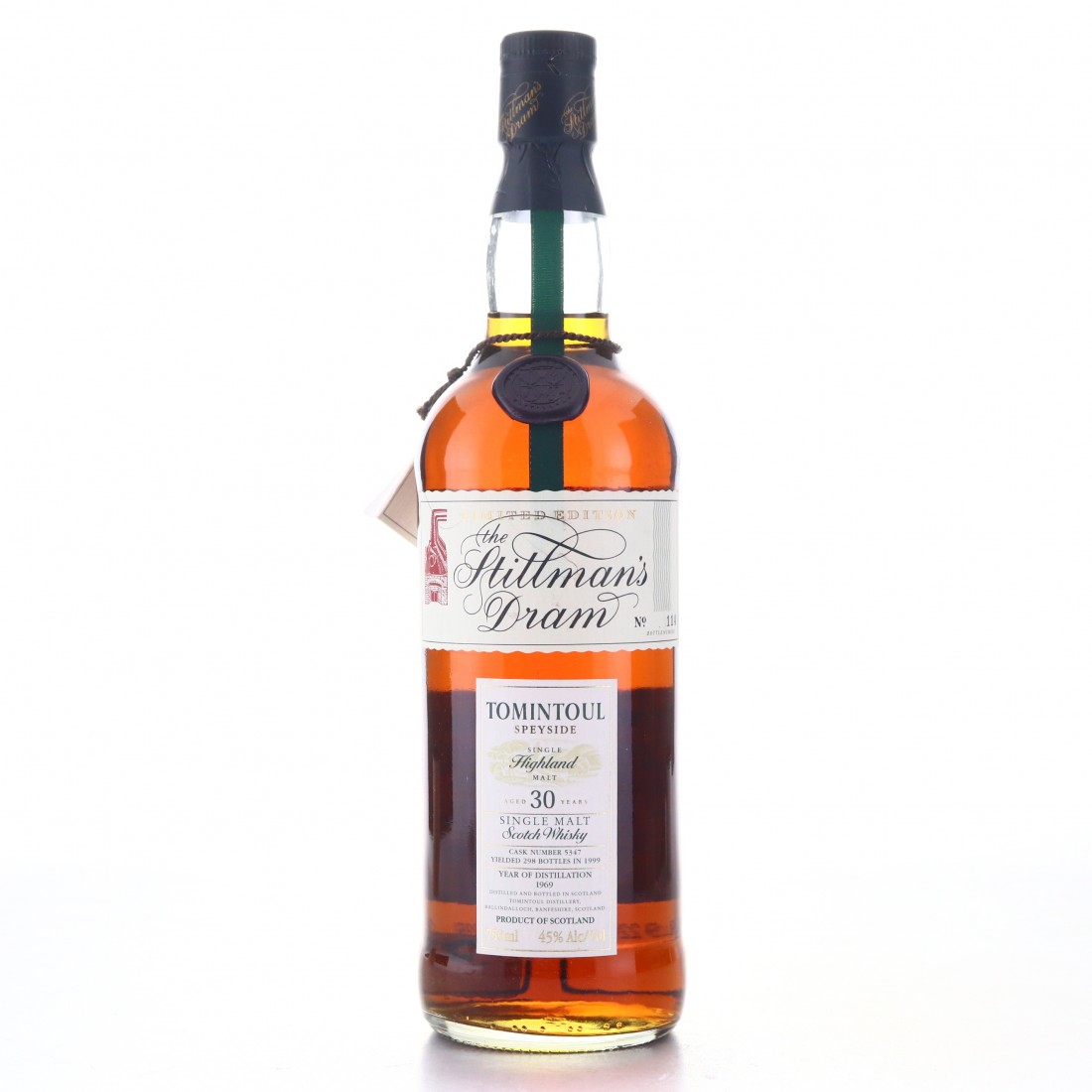 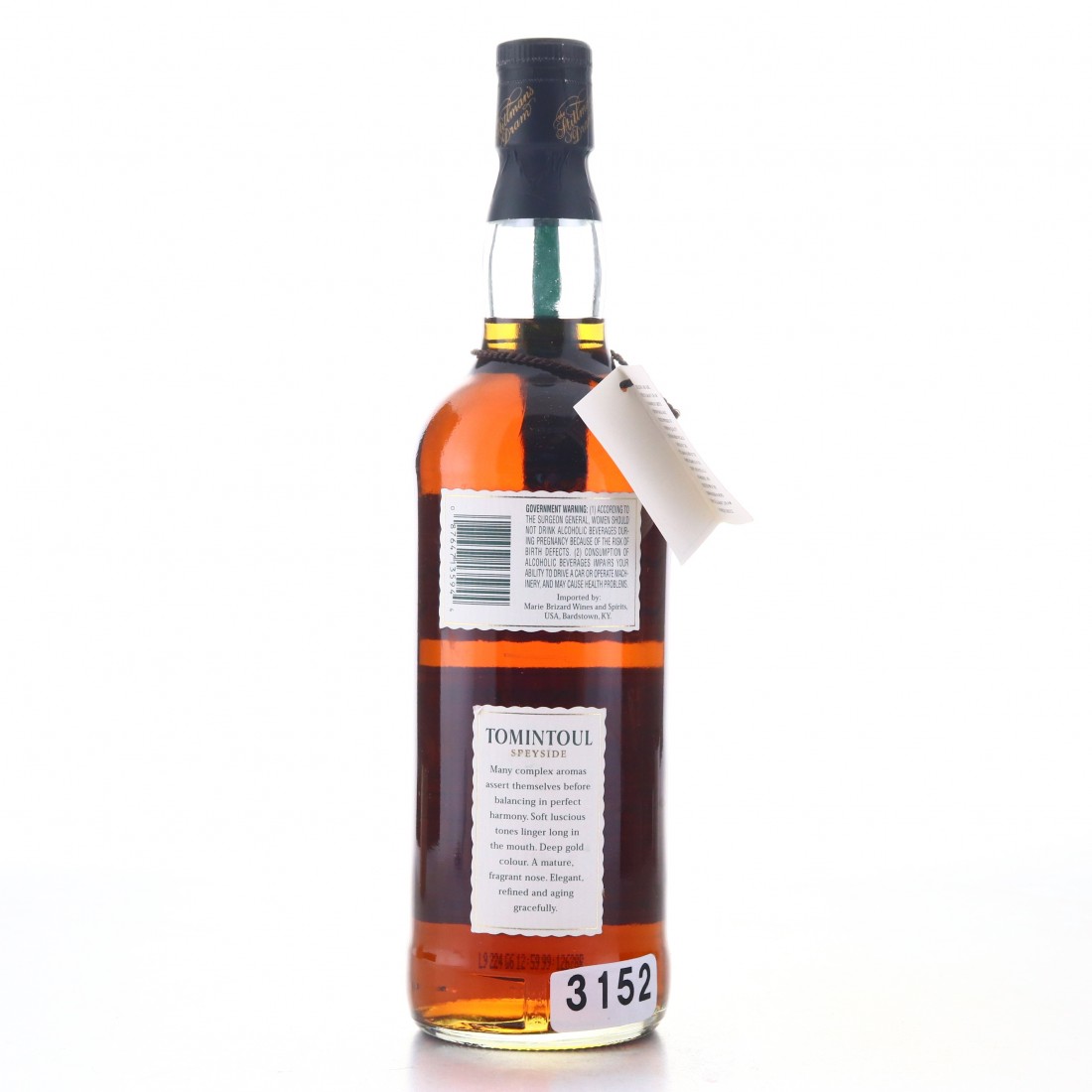 Tomintoul distillery was built in Speyside in 1965 by two whisky brokering companies. It was later acquired by the parent firm of Whyte & Mackay, and folded in to their portfolio in 1973. While its main function was the provision of its blends, as with all of its distilleries, Whyte & Mackay also had faith in its appeal as a single malt. It was introduced in the iconic "perfume bottles" at the end of the 1970s. The single malt brand was given more of a focus when the distillery was bought by Angus Dundee in 2000, who also introduced a peated variant called Old Ballantruan in 2005.

This is a Whyte & Mackay era bottling, from their Stillman's Dram series. This showcased some older age statements and vintages from their potfolio at the time, which included Dalmore, Tullibardine and Bruichladdich.