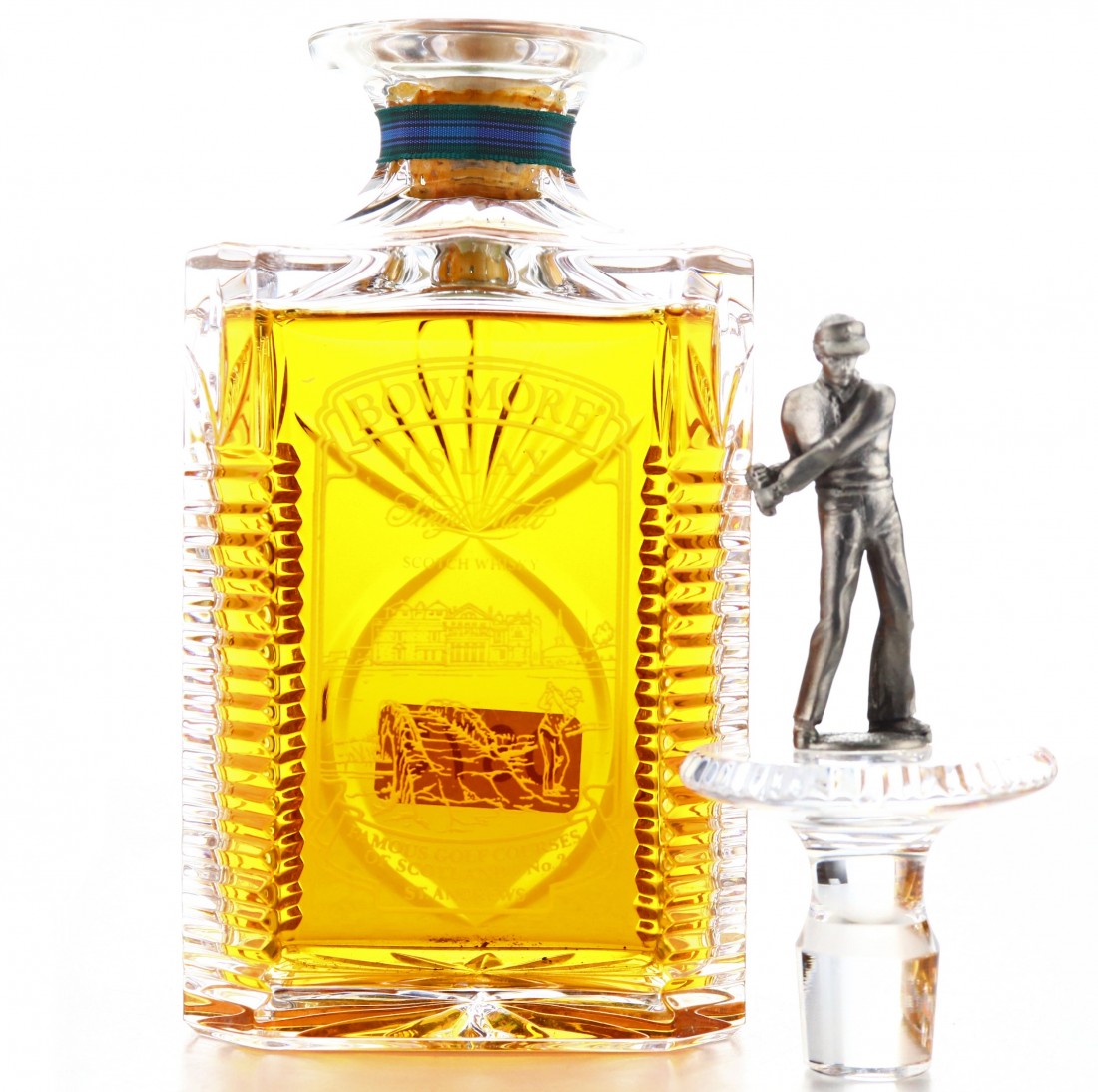 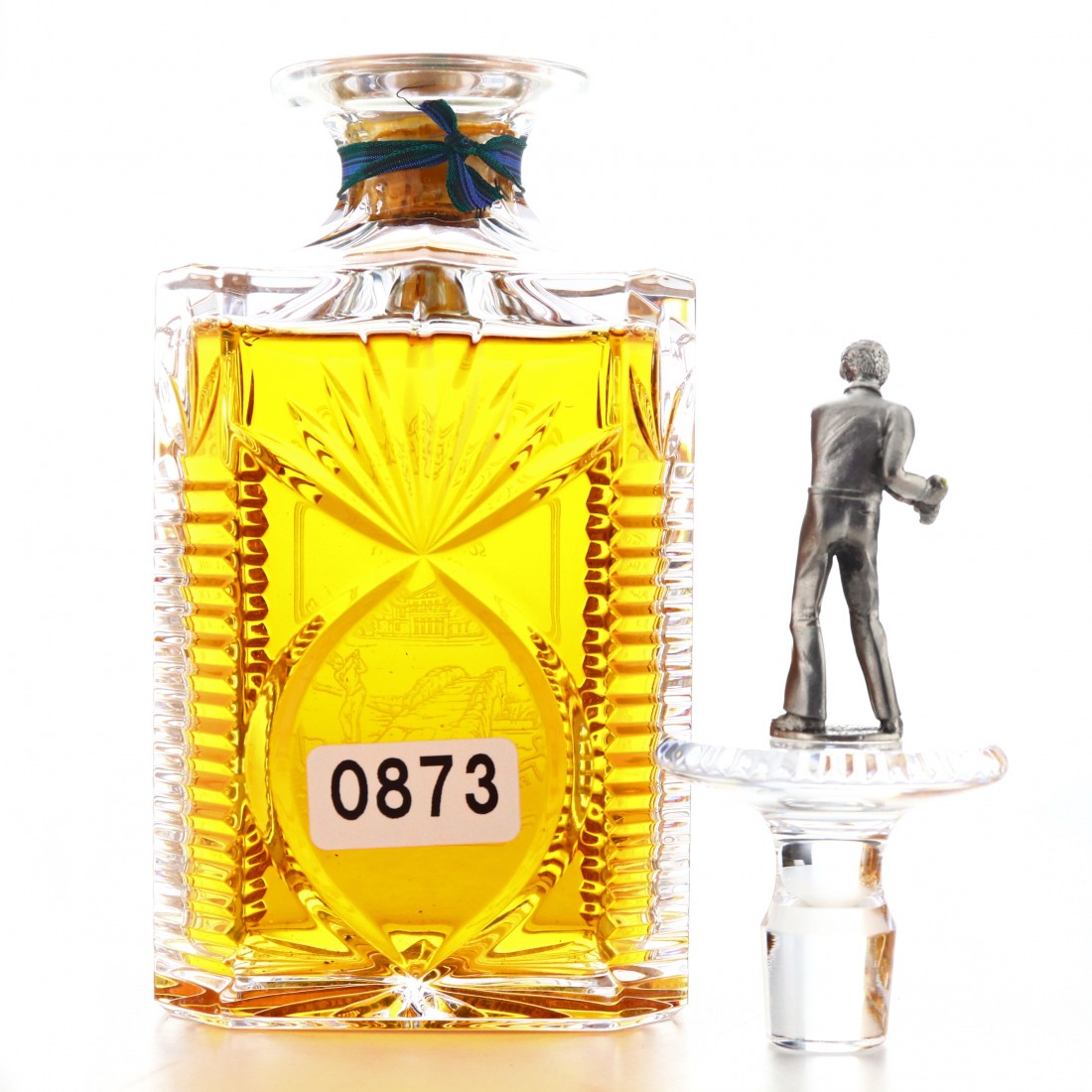 A 1980s bottling of Bowmore 21 year old, presented in an elegant crystal decanter. This was part of a series of decanters which depicted the famous golf courses of Scotland. The second in the range, this one features the Old Course at St. Andrews.

The presentation incudes a replacement stopper adorned with a golfer figurine.

There are no visible measurements on the bottle.