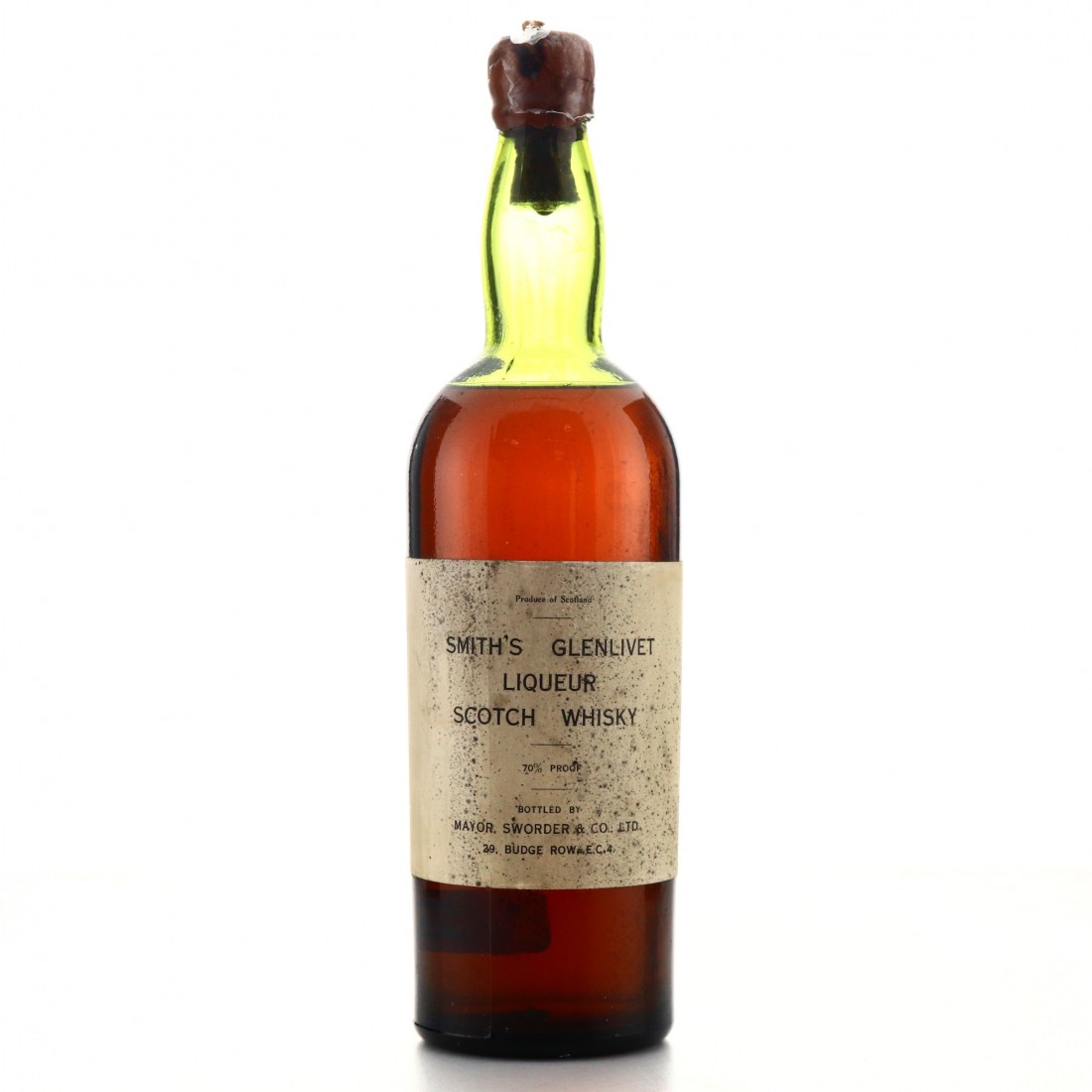 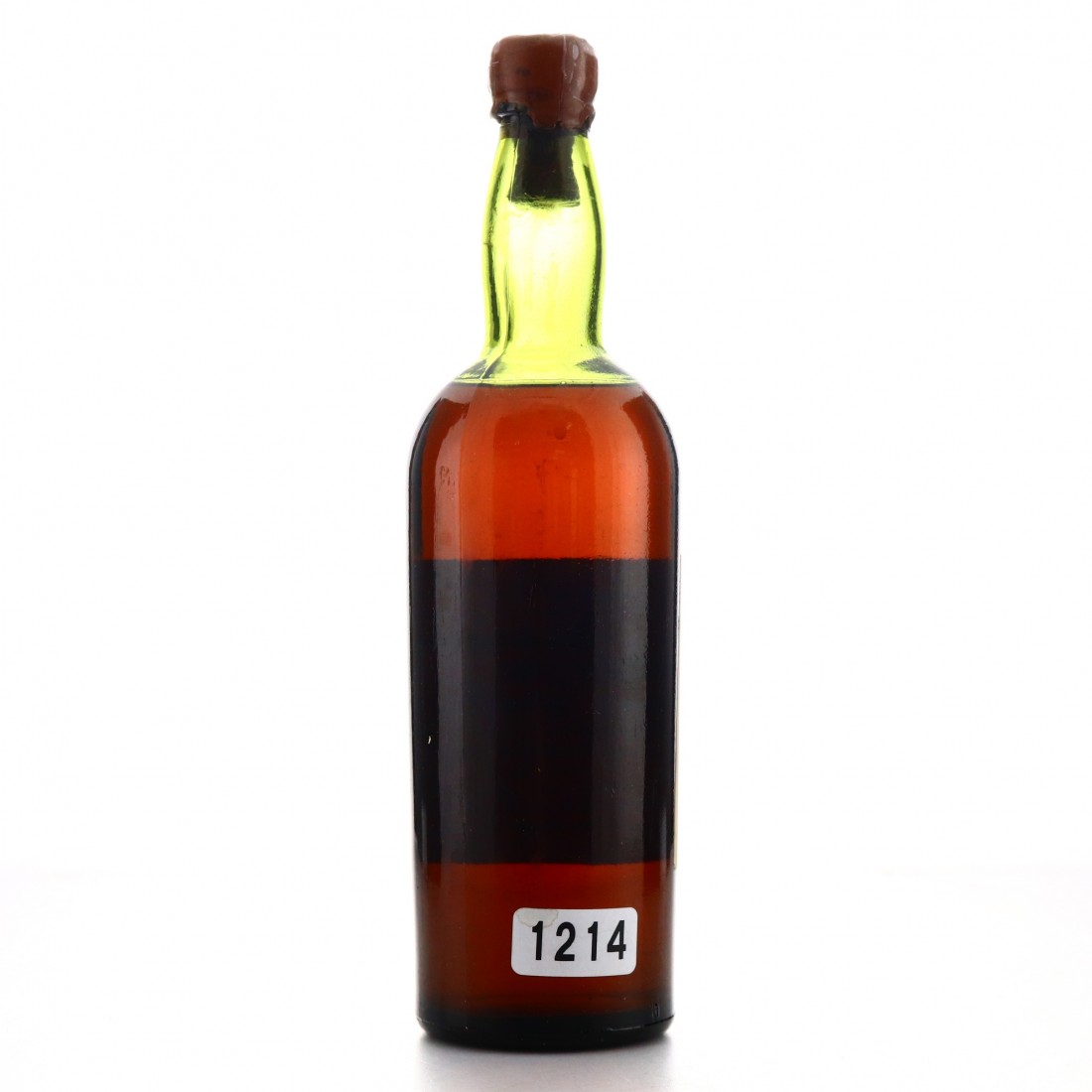 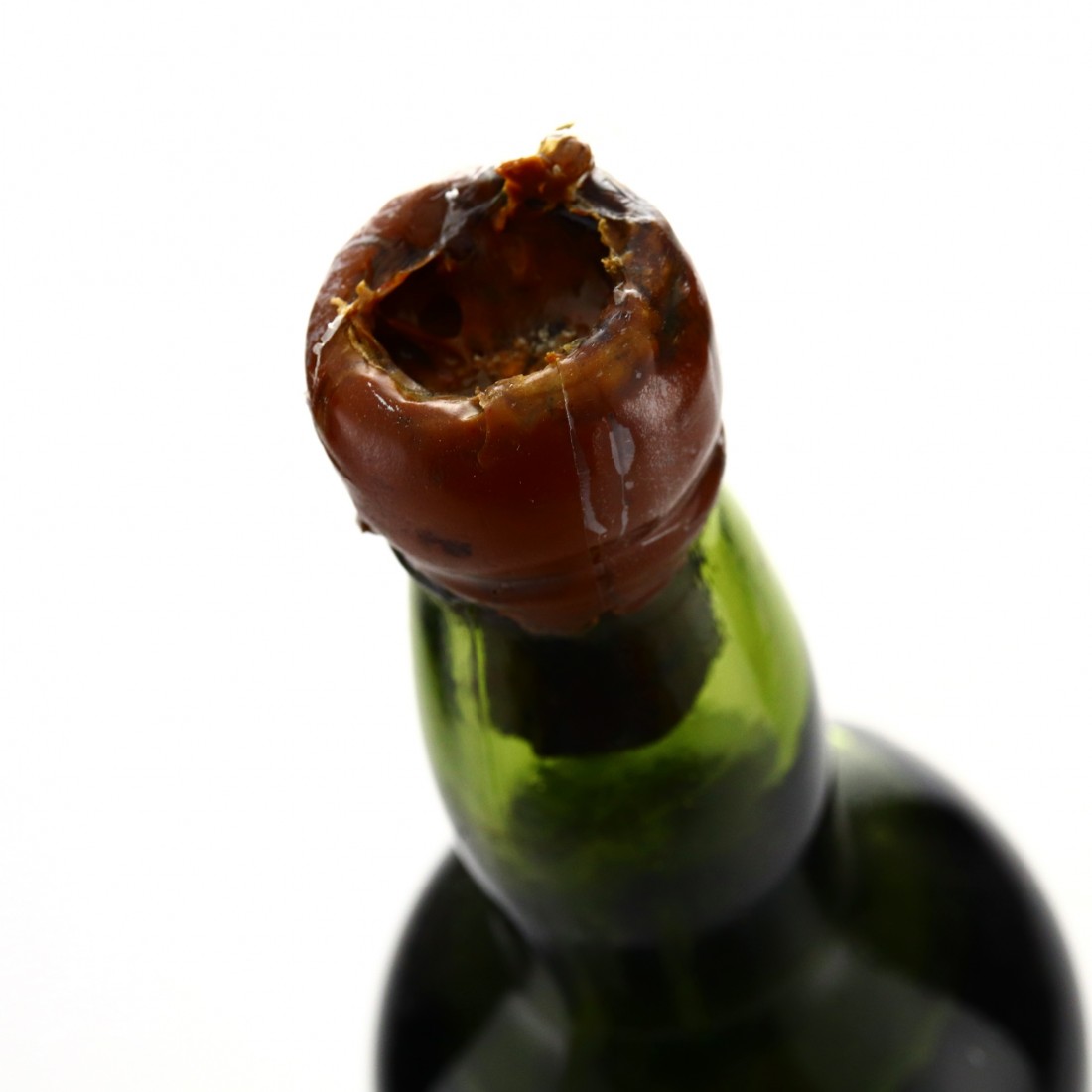 This was bottled by Mayor, Sworder & Co, a fine wine merchant from London. Up until the mid-1960s, the company also had many dealings in spirits, bottling whisky and gin. The firm contracted blends from Bulloch Lade, but also produced their own label called Red Monogram. They regularly received fillings of Glenlivet and Ardbeg for its production, and in earlier years, sought after Longmorn malt as well. These casks would occasionally be bottled as single malts for the company's more discerning customers, as was the case here. Their Glenlivet was often pre-vatted for blending purposes, so bottled as a single malt here with an undiscernible vintage or age statement. This was bottled at some point in the early 1950s, prior to their move from Budge Row to Southwark Street in 1955. The early reverence for this now iconic Speyside distillery is clear in the wax dipping of these bottle tops, a practice the firm usually reserved for its high-end vintage port. Their relationship with Glenlivet was long lasting, and there are bottlings of their single malt by the English firm dating up to the 1990s.