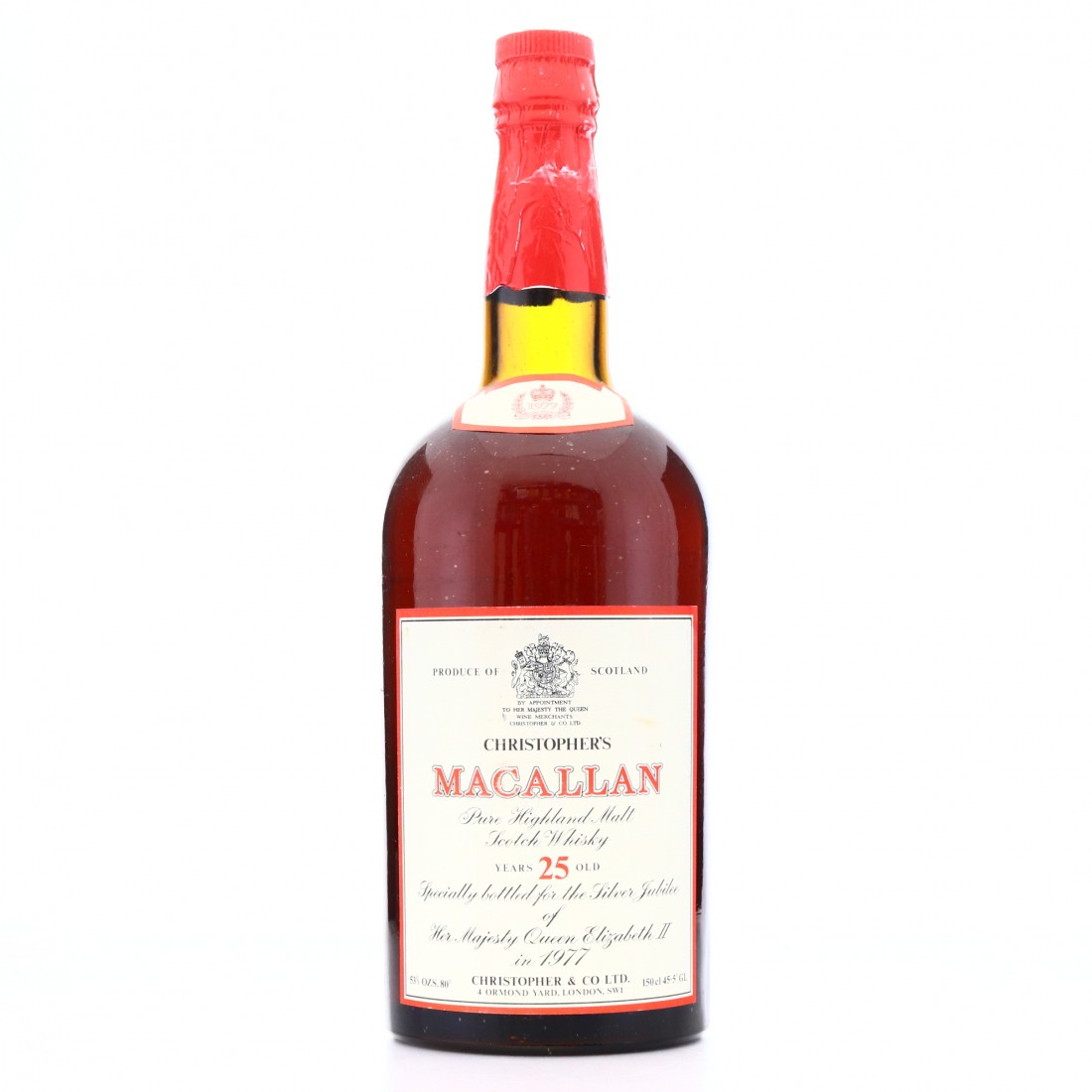 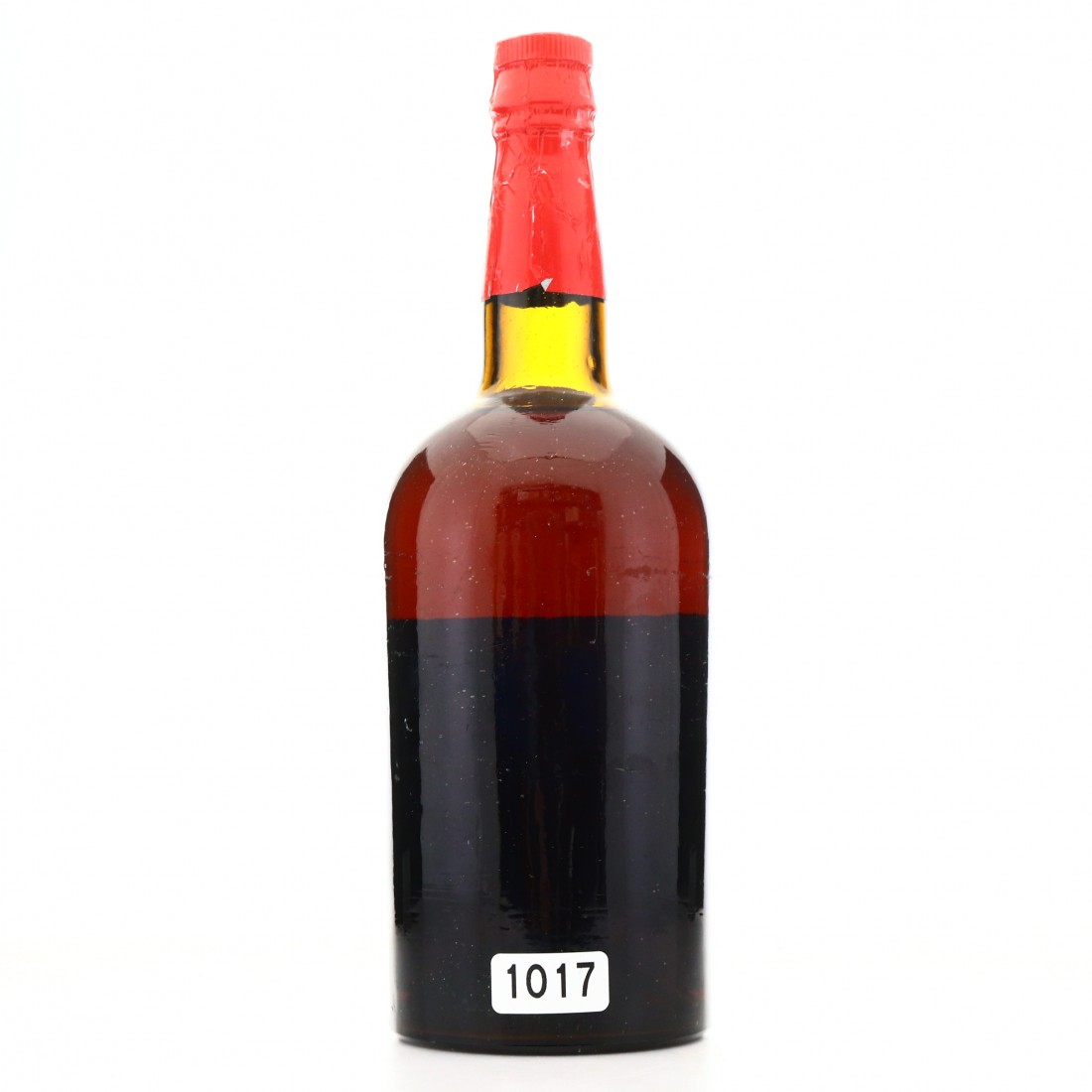 A highly sought-after bottling of Macallan, which is a rarity at auction. Bottled under license by Christopher & Co. for the Queen's Silver Jubilee in 1977, this Macallan has been matured for 25 years - meaning that the whisky was distilled in the early 1950s.

Shipping for this lot will be charged for 2 bottles. 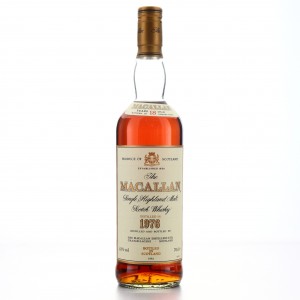 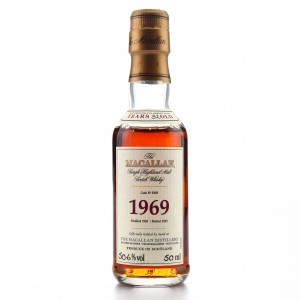 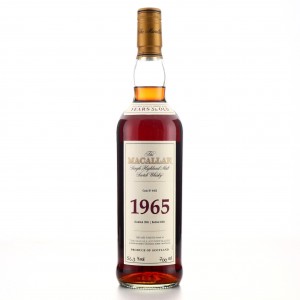 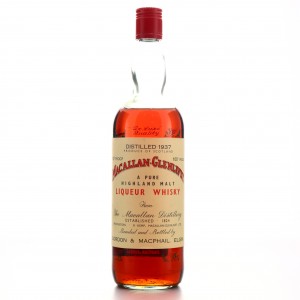