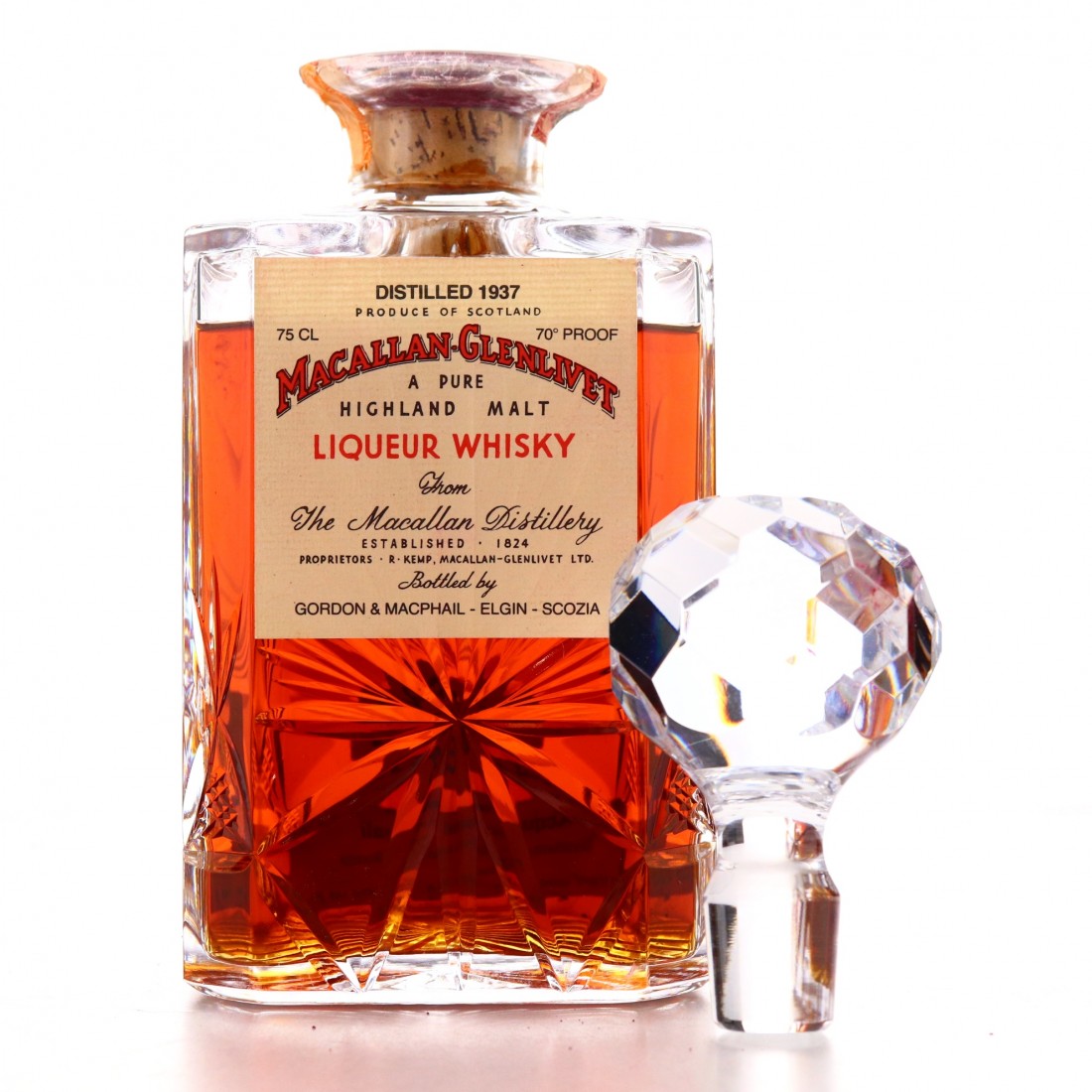 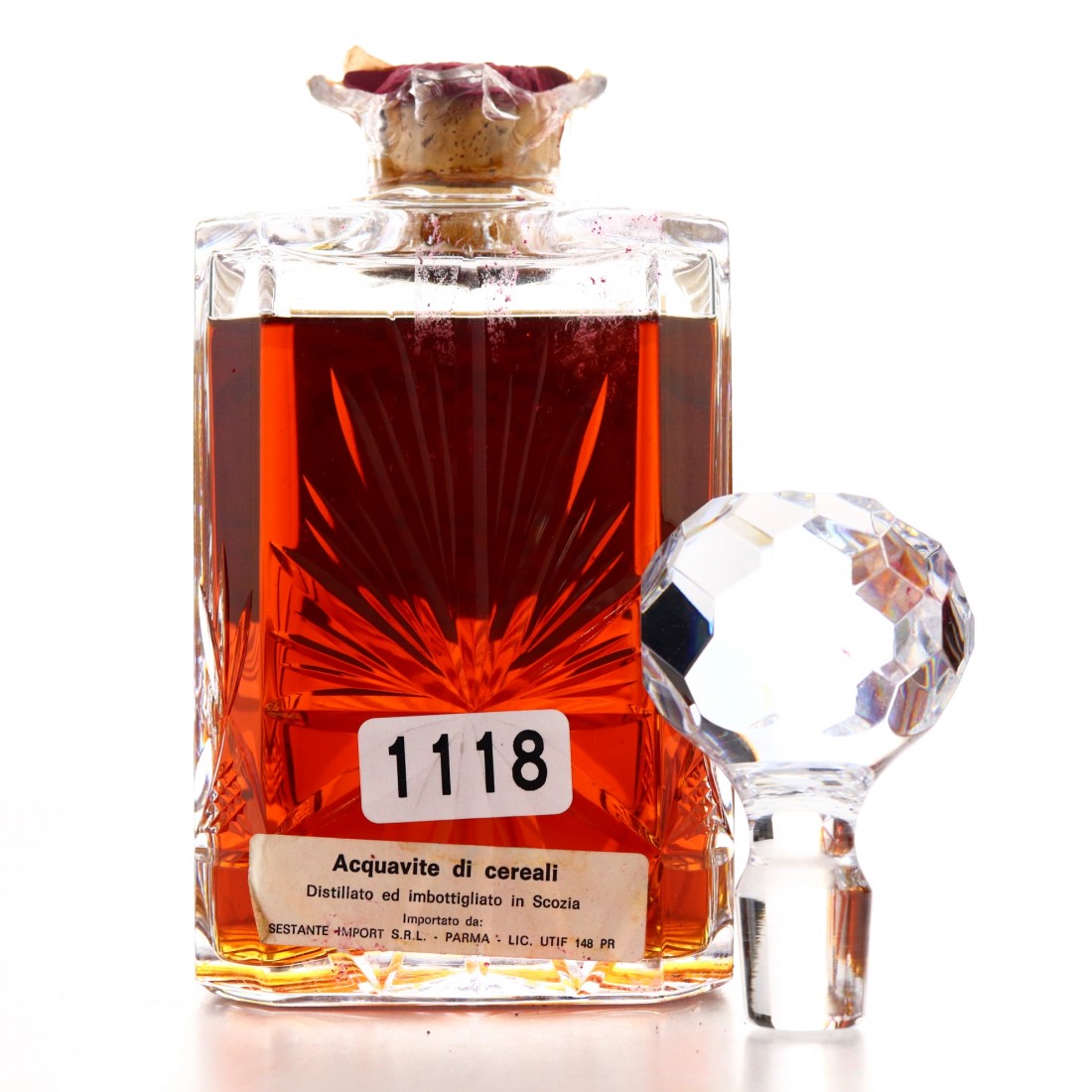 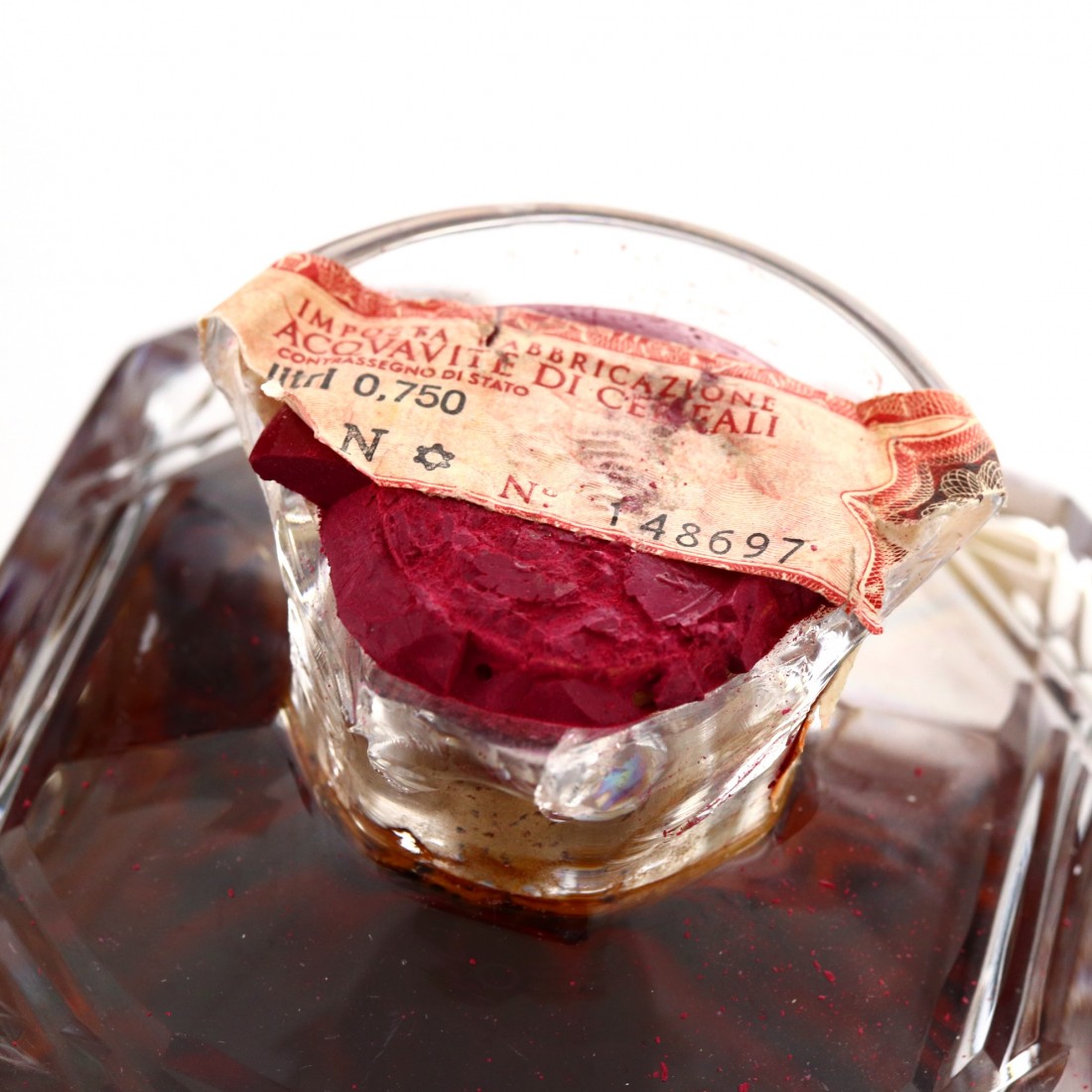 These "Macallan-Glenlivet" labels were introduced in the 1950s and could be considered the first official label. Gordon & MacPhail began to use them in the 1960s for Donini. This 1937 vintage was bottled for new distributors, Co. Import, Pinerolo.

Sestante founder Ernesto Mainardi was a former Co. Import employee, and it was their bottles that inspired him to work with Edinburgh Crystal for his own decanters in the 1980s.