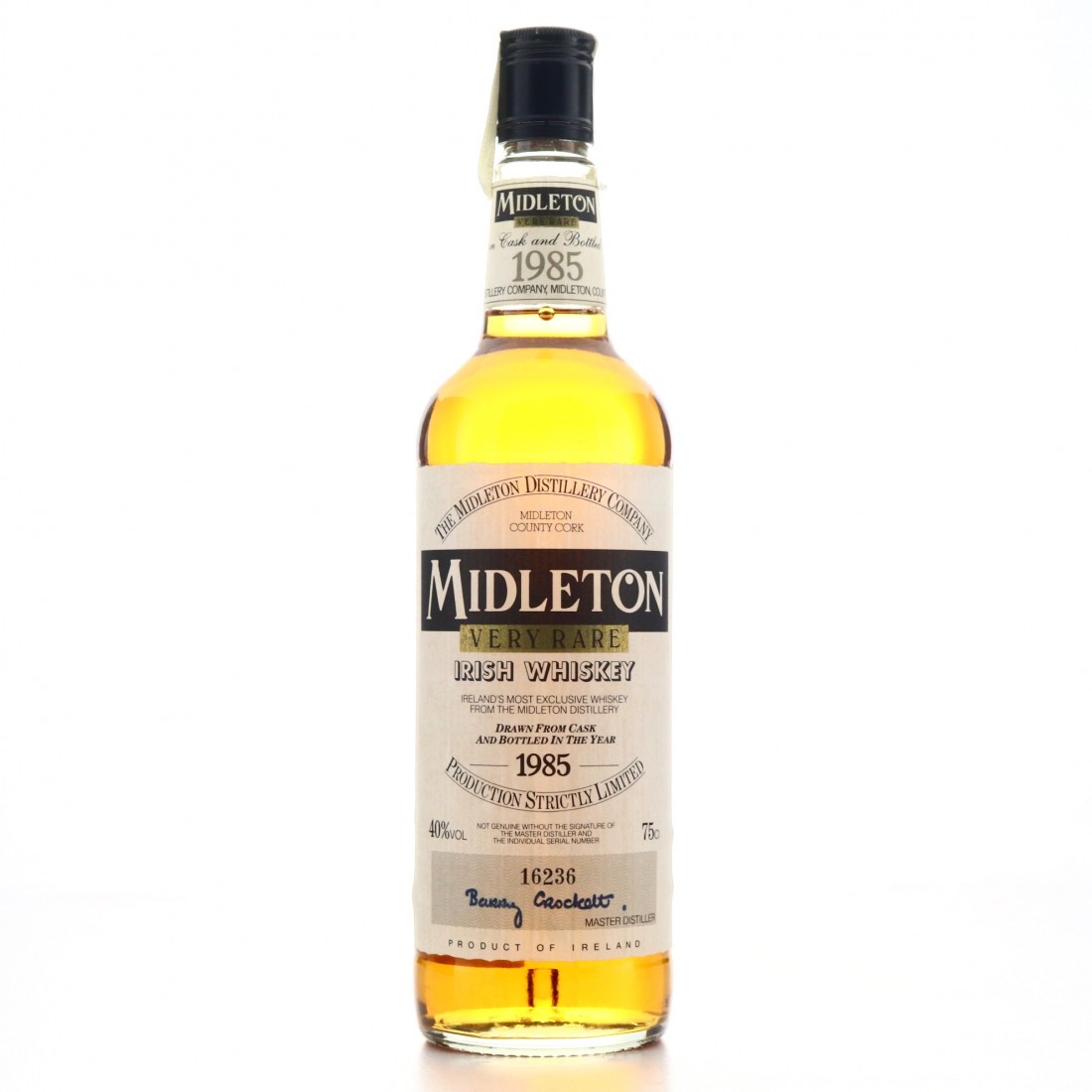 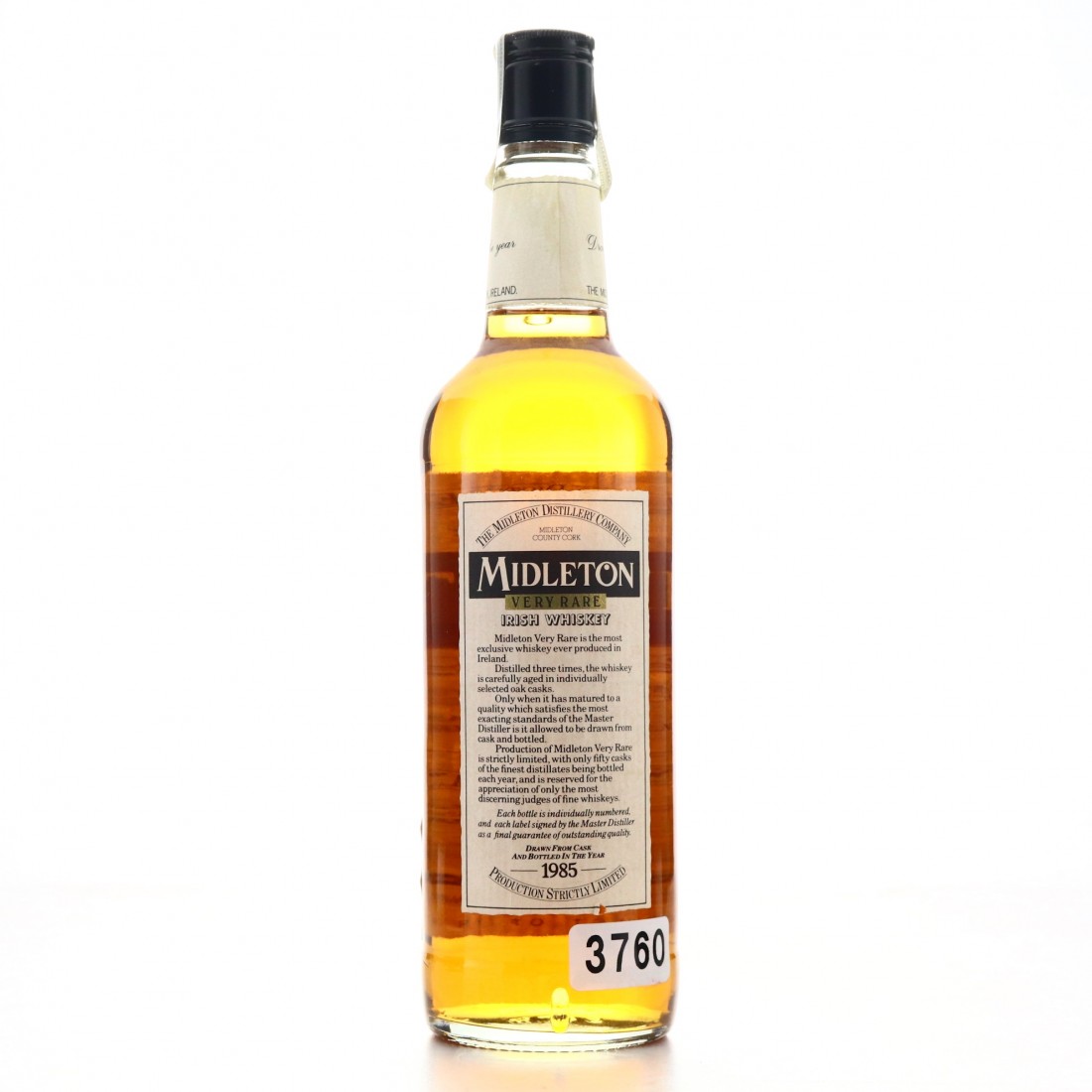 This famous blend of whiskies was initially produced by Jameson's Master Distiller, Barry Crockett, and has been released in very limited quantities on an annual basis since 1984.

The whiskey is aged somewhere between 12 and 20 years and matured solely in Bourbon casks. Each bottle is individually numbered and carries the signature of the Master Distiller.

The 1985 edition contains whisky of vintages exclusively matured at Old Midleton distillery and is the second release in the Very Rare series.