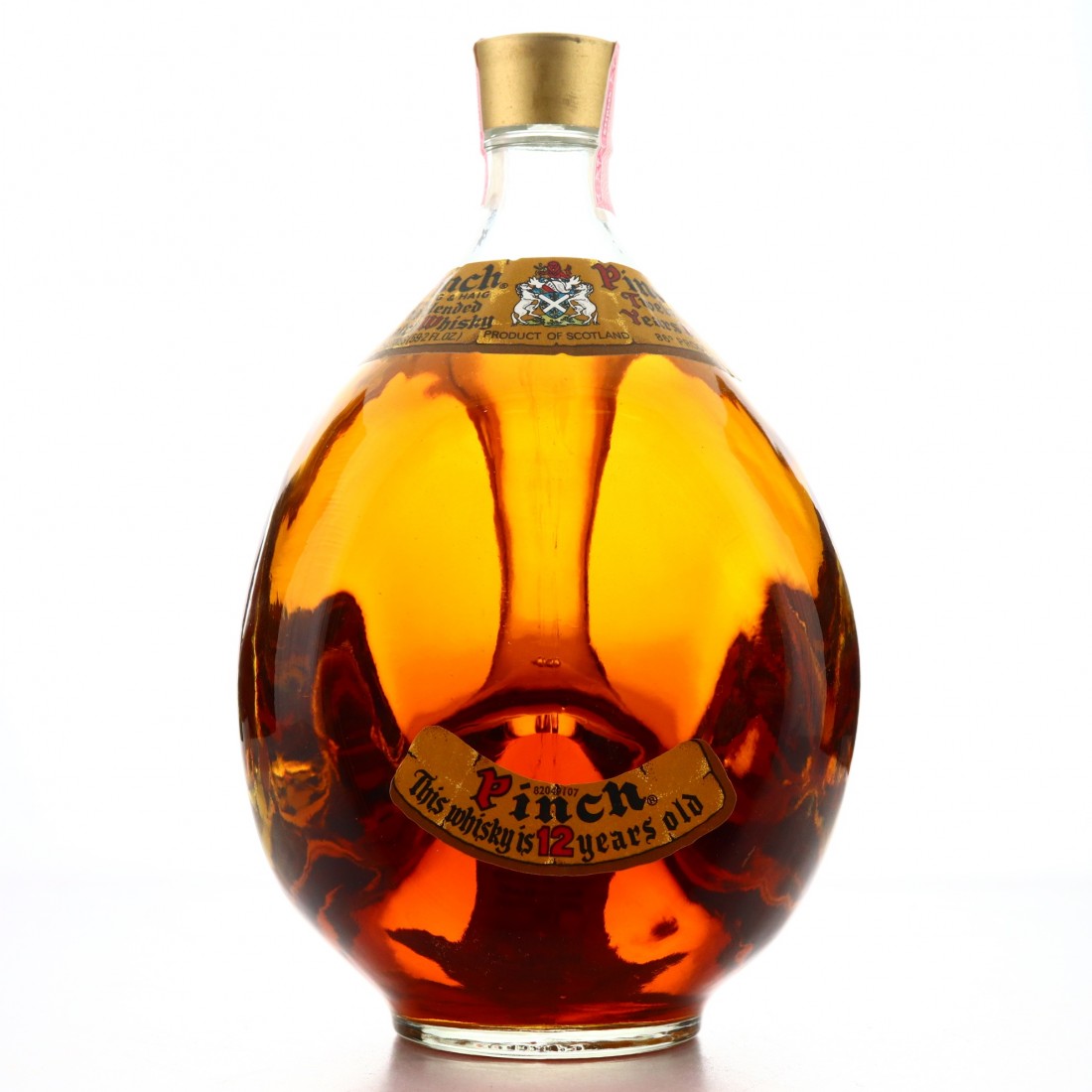 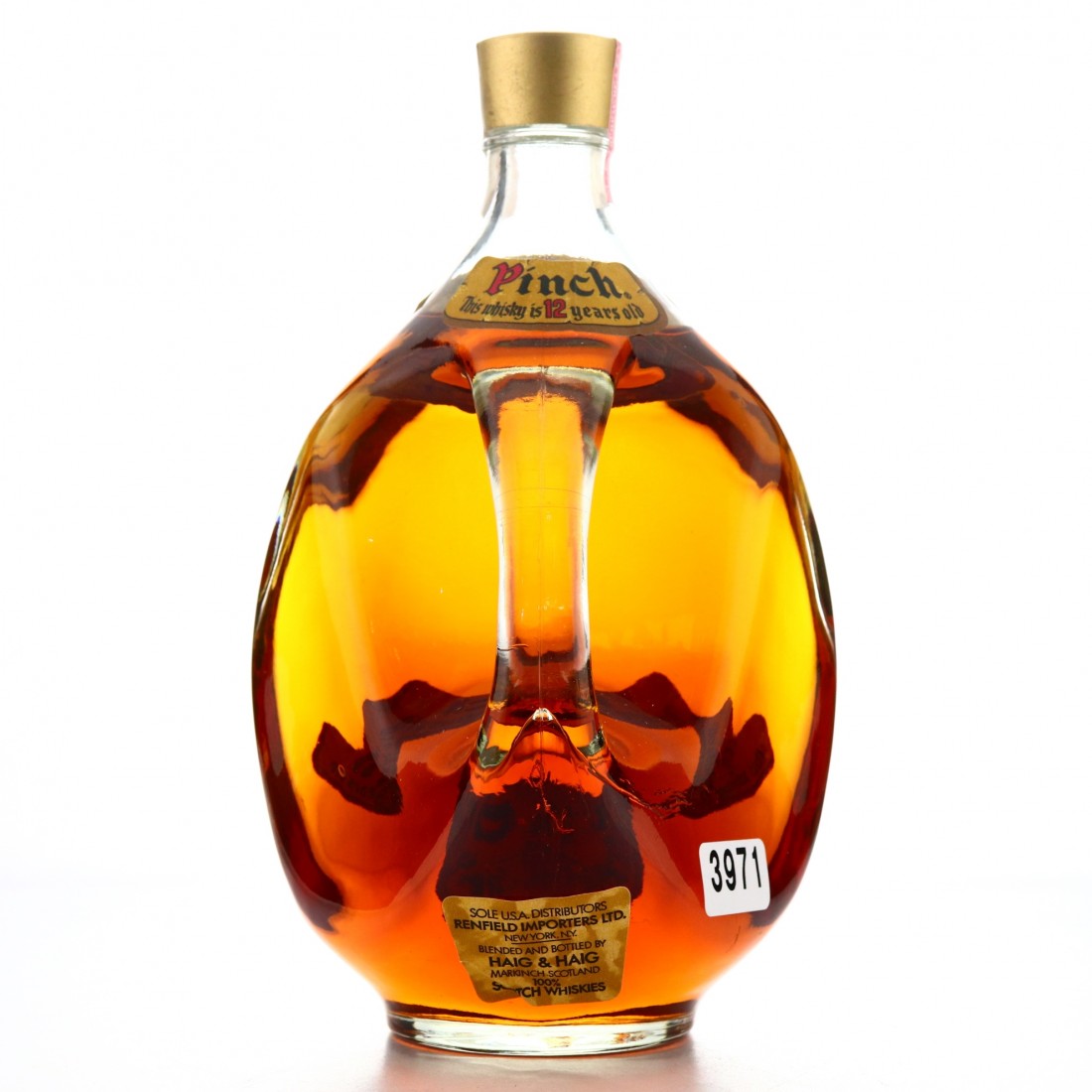 An old bottle of Pinch. Pinch is the American release of Dimple and was produced by Haig & Haig. Interestingly, in 1958 the Dimple bottle was the first container to be trademarked by the US Patent office, this was because of its unique design.