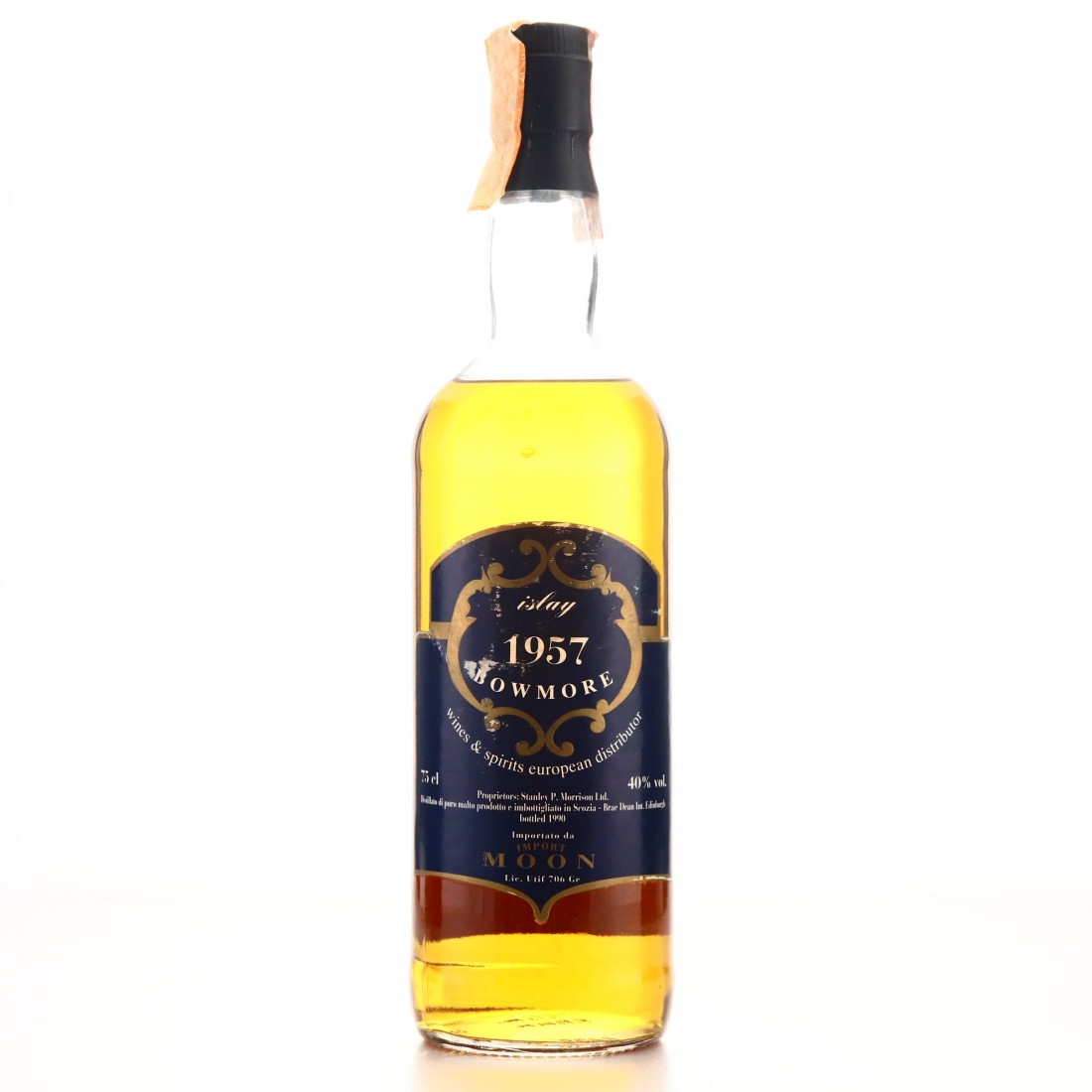 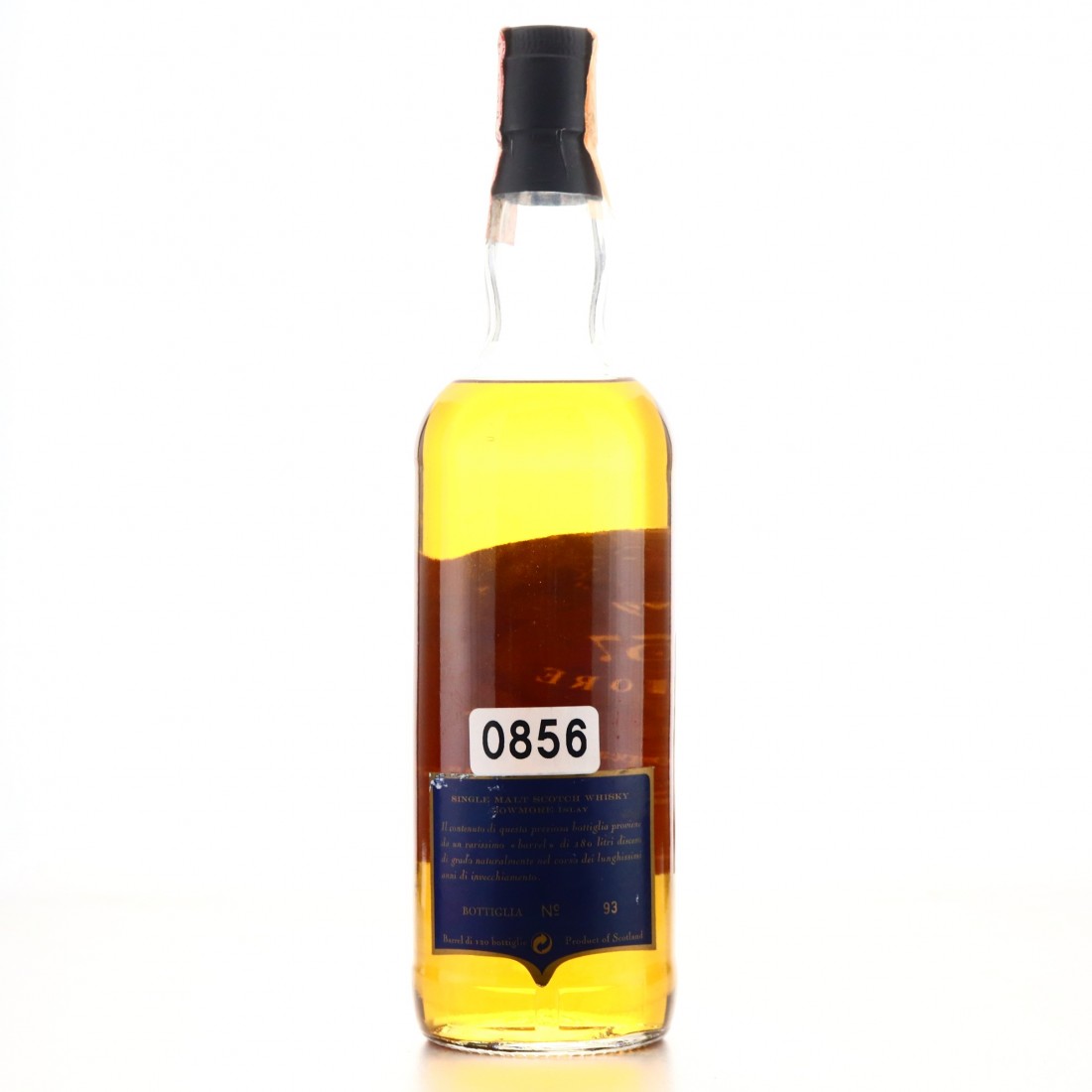 A 1957 vintage bottle of Bowmore. This is one of two bottled in this series, the other being what is believed to be the only 1962 vintage Bowmore ever released. The series was bottled in 1990.