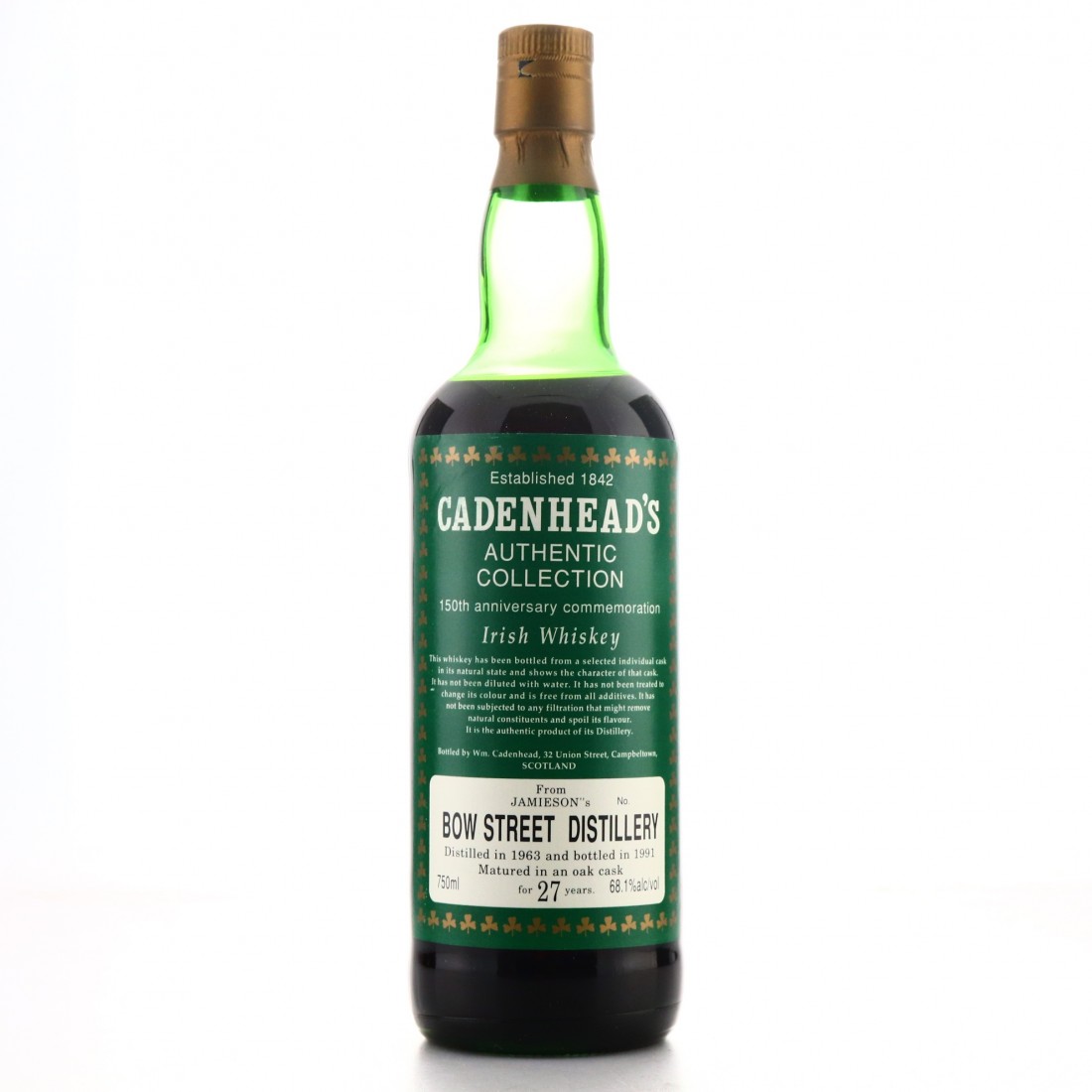 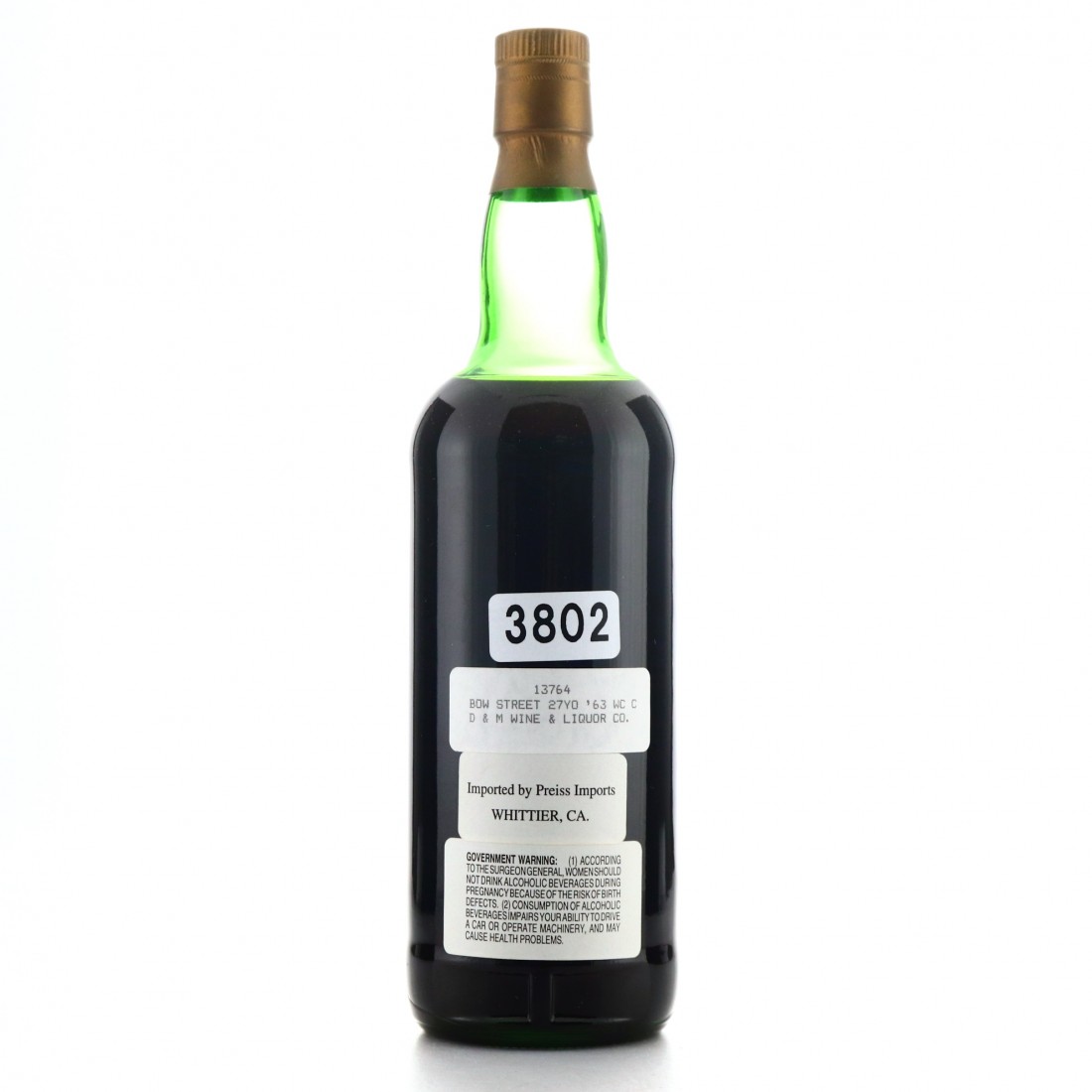 This is one of the original 150th anniversary releases.

Mis-spelled on the label at "Jamieson's," this is an Irish whiskey from the Jameson Bow Street distillery.

This was distilled in 1963, just three years before the amalgamation of Jameson with fellow Dublin firm, Powers, and Cork Distillers to form the Irish Distillers group. Part of the plan for this new company was to consolidate all distilling operations at a new distillery in Midelton, adjacent to Cork DIstillers' Old Midelton. This site opened in 1975, with Bow Street closing in preparation for it in 1971. It has developed a legendary status in Irish history since.