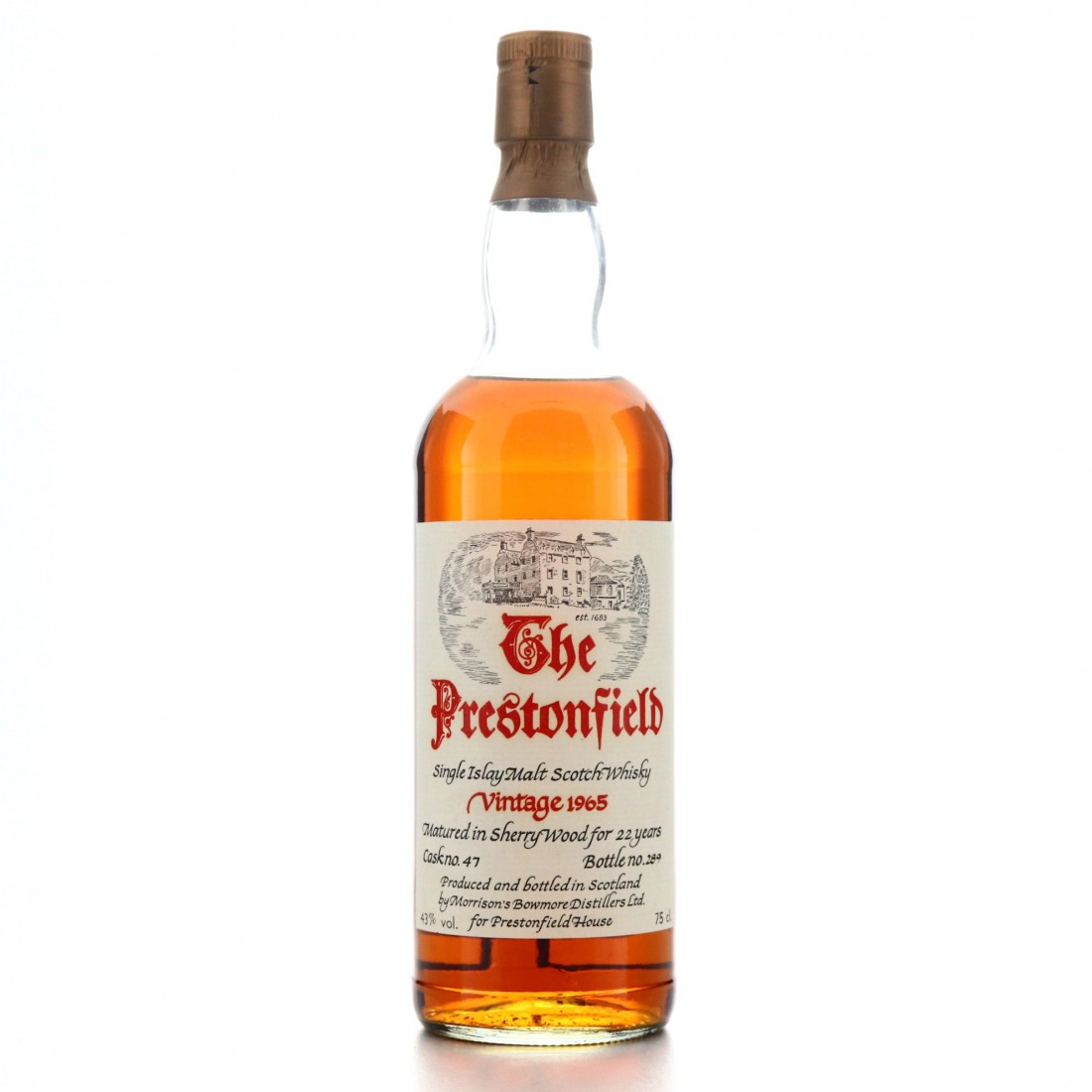 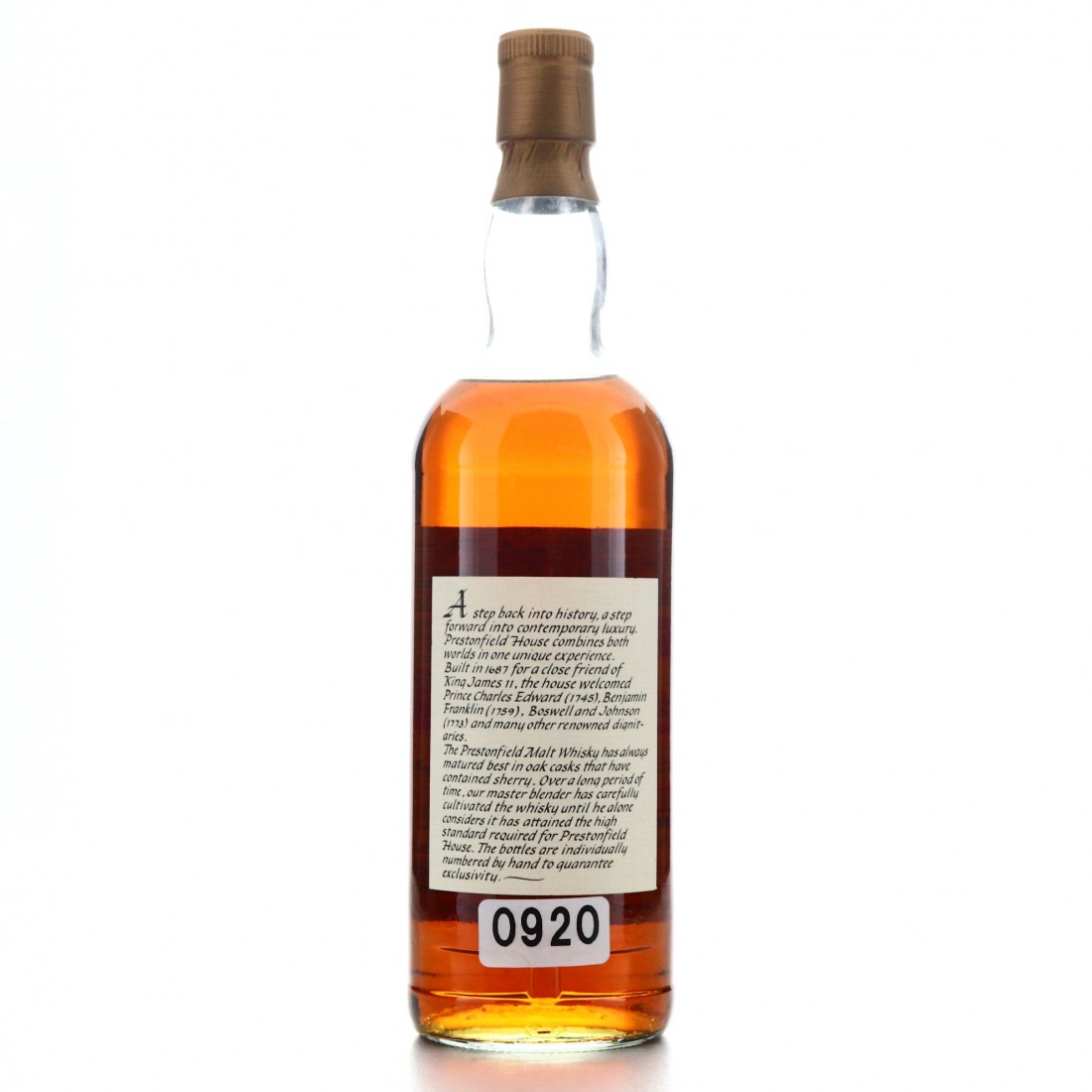 This is a 1965 vintage Bowmore, bottled by Morrison Bowmore for Prestonfield House from a single sherry cask. These whiskies distilled in the first years of Morrison Bowmore ownership are legendary vintages.