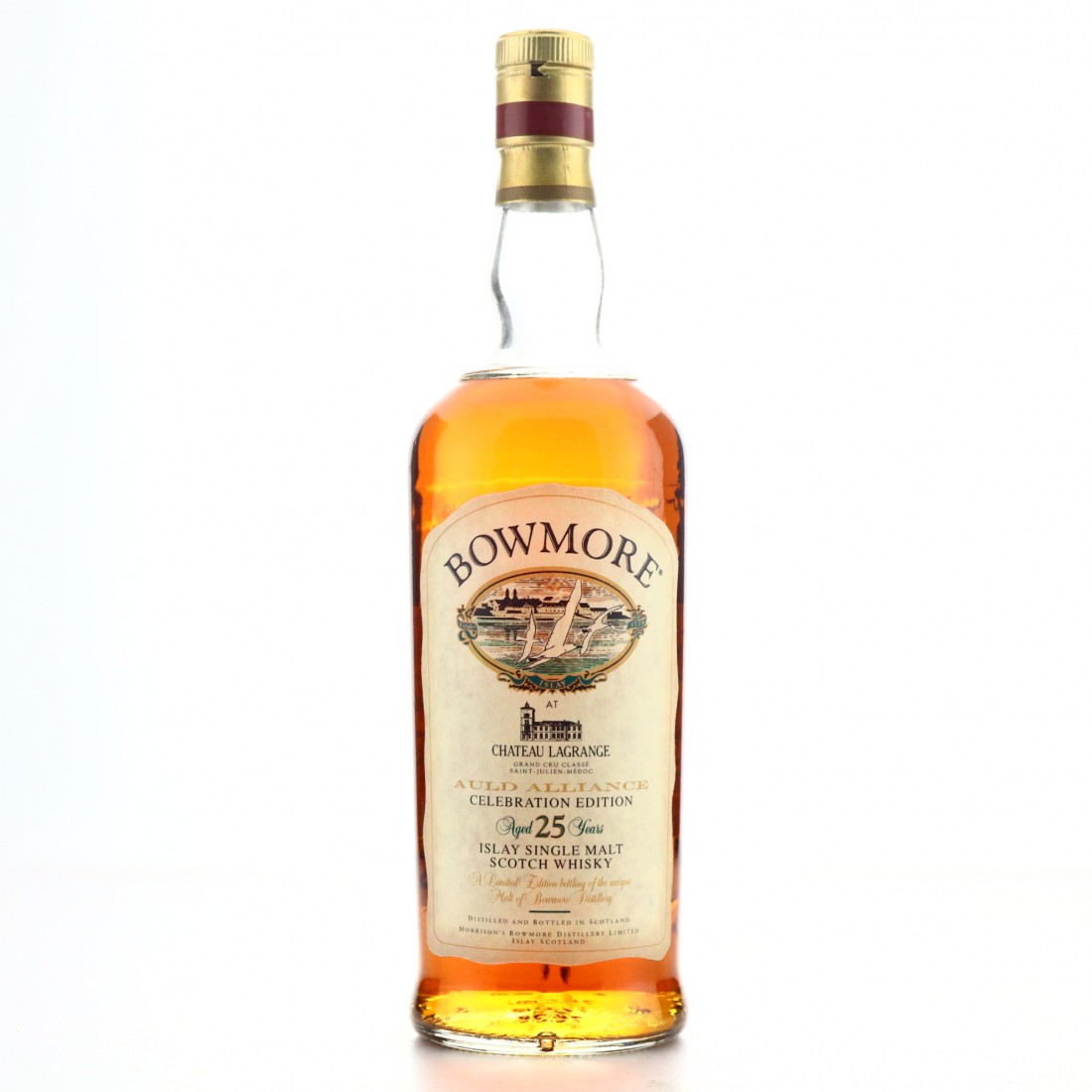 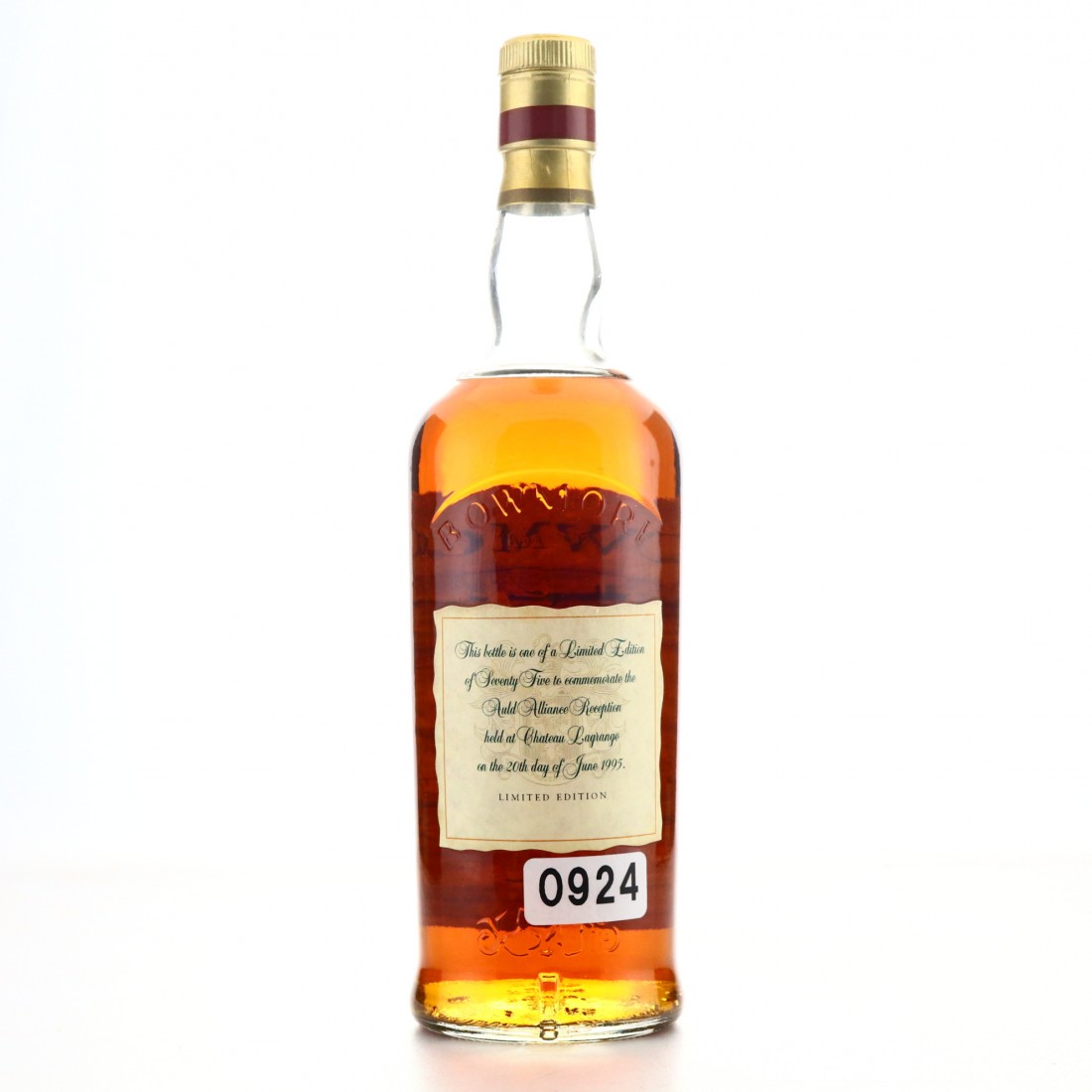 Following Suntory's acquisition of the controlling stake in Bowmore distillery in 1994, a celebration dinner was arranged the following year at its Chateau Lagrange winery in Bordeaux. This was a bringing together of two of the Japanese firm's finest assets in the wine and spirits industry, and the event was dubbed "The Auld Alliance Reception" after the historic friendship between Scotland and France which dates back to the late 13th century (generally manifested at the expense of the English).

This is one of just 75 bottles given to attendees of the dinner in 1995. The relationship between the Chateau and the distillery is as strong as ever to this day, and French oak casks are regularly shipped to the No.1 Vaults in Islay, producing a string of high-profile releases over the years.