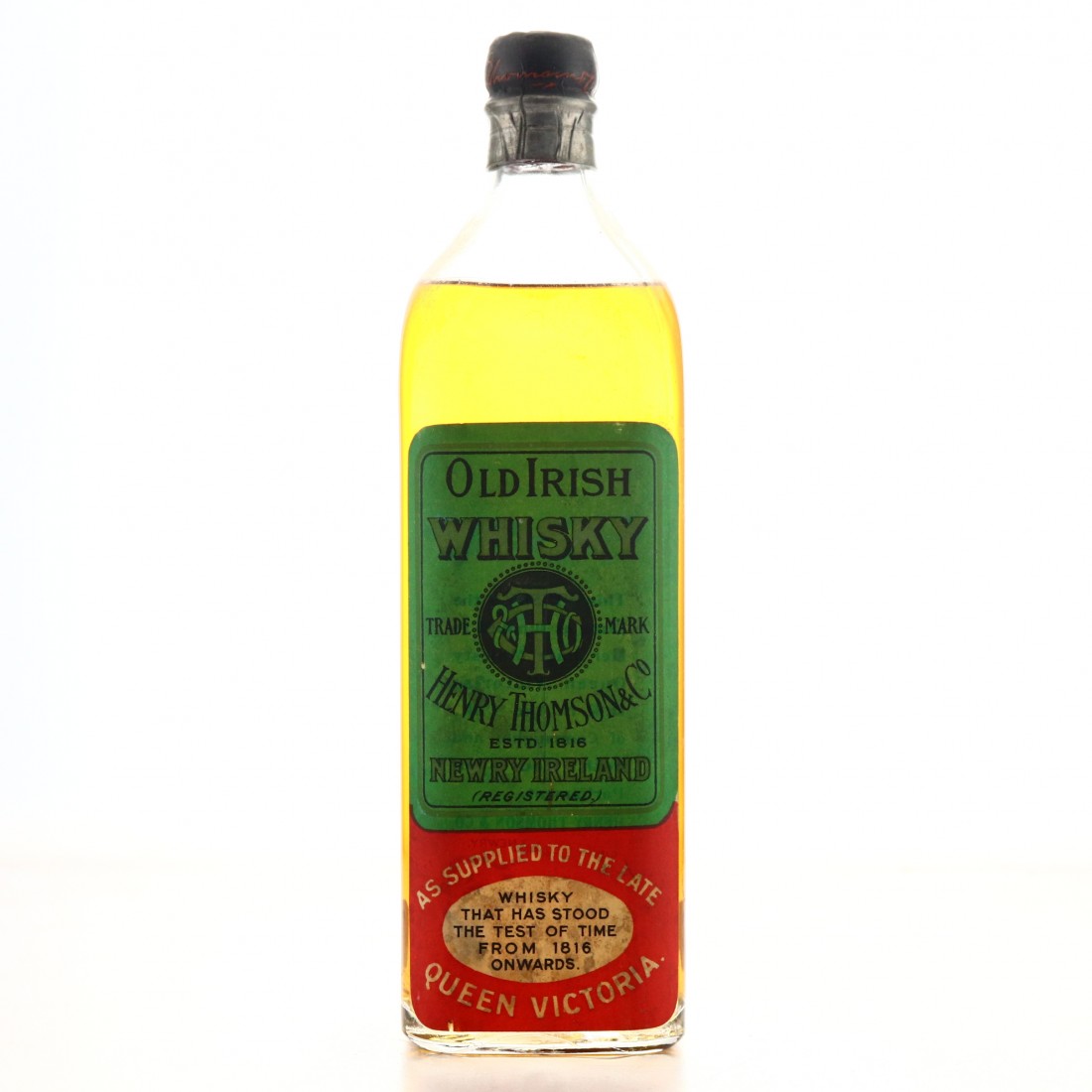 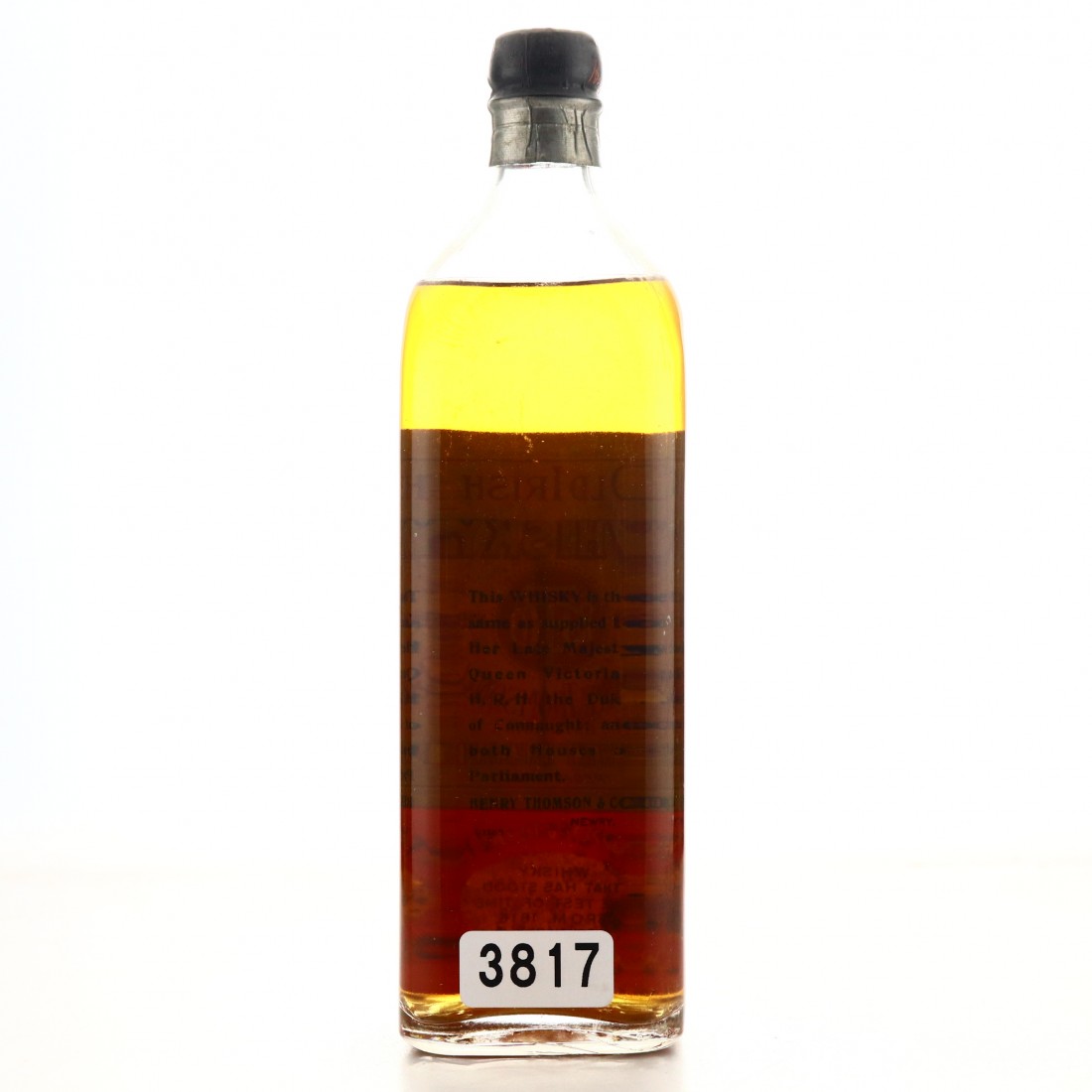 A very old bottle of Irish whisky from Northern Irish distillers and blenders, Henry Thomson & Co. The firm were established in 1816, and their distillery was located on Trevor Hill in Newry. Their products had a big presence in the late 19th and early 20th century, securing a Roya; Warrant from Queen Victoria, as well as supplying the Houses of Parliament. Henry Thomson Jr, who ran the firm from the 1880s to 1916, was also a unionist MP, which may also explain the brand's good graces with the British higher-ups.

The brand's ubiquity then died off in the 1930s, with no adverts for Henry Thomson whisky appearing in the British Newspaper archive after 1929. Like much of the Irish distilling industry, they were likely hit hard by US prohibition, and political unrest in their own country around the time. This is a fine relic of a bygone period of distilling prosperity in Ireland.