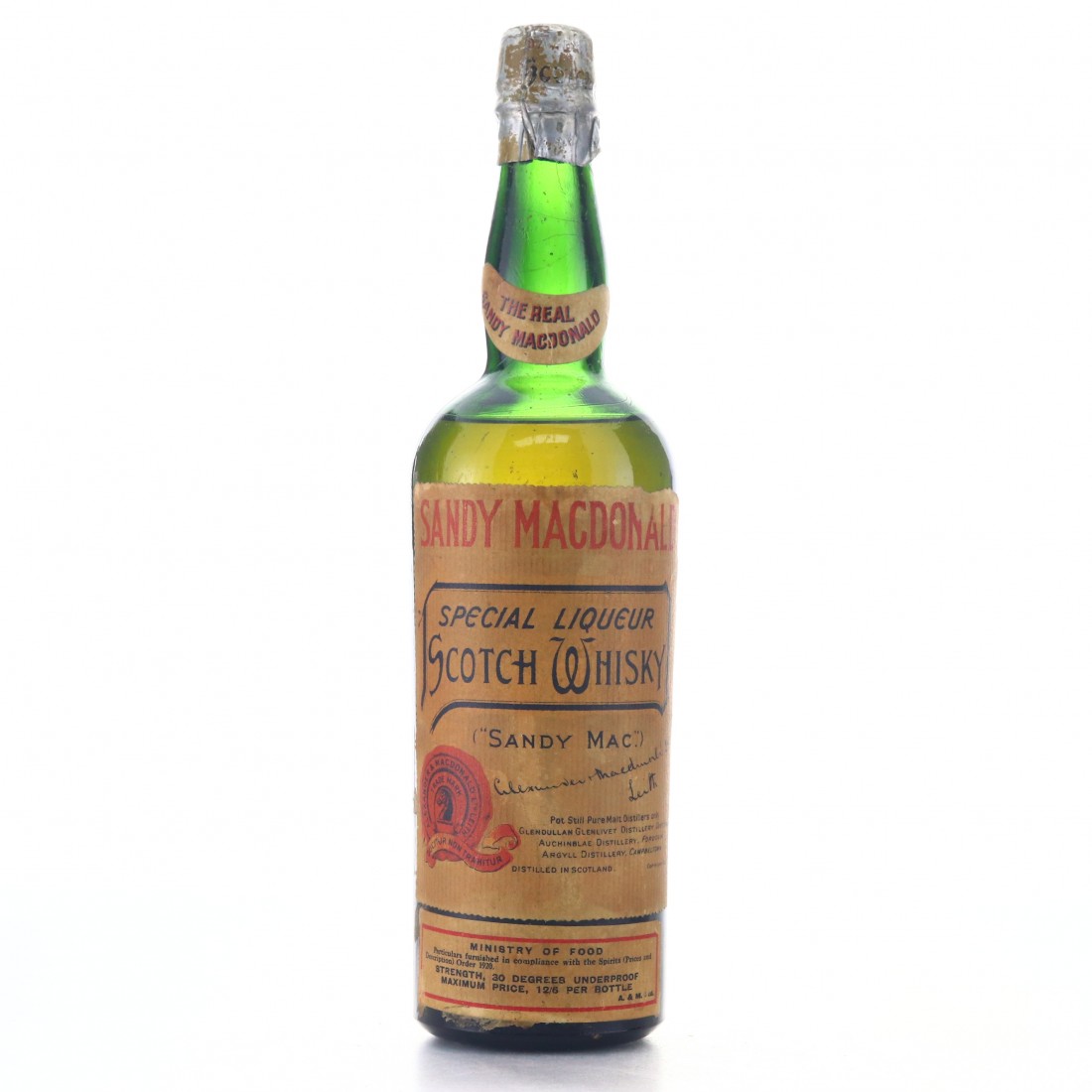 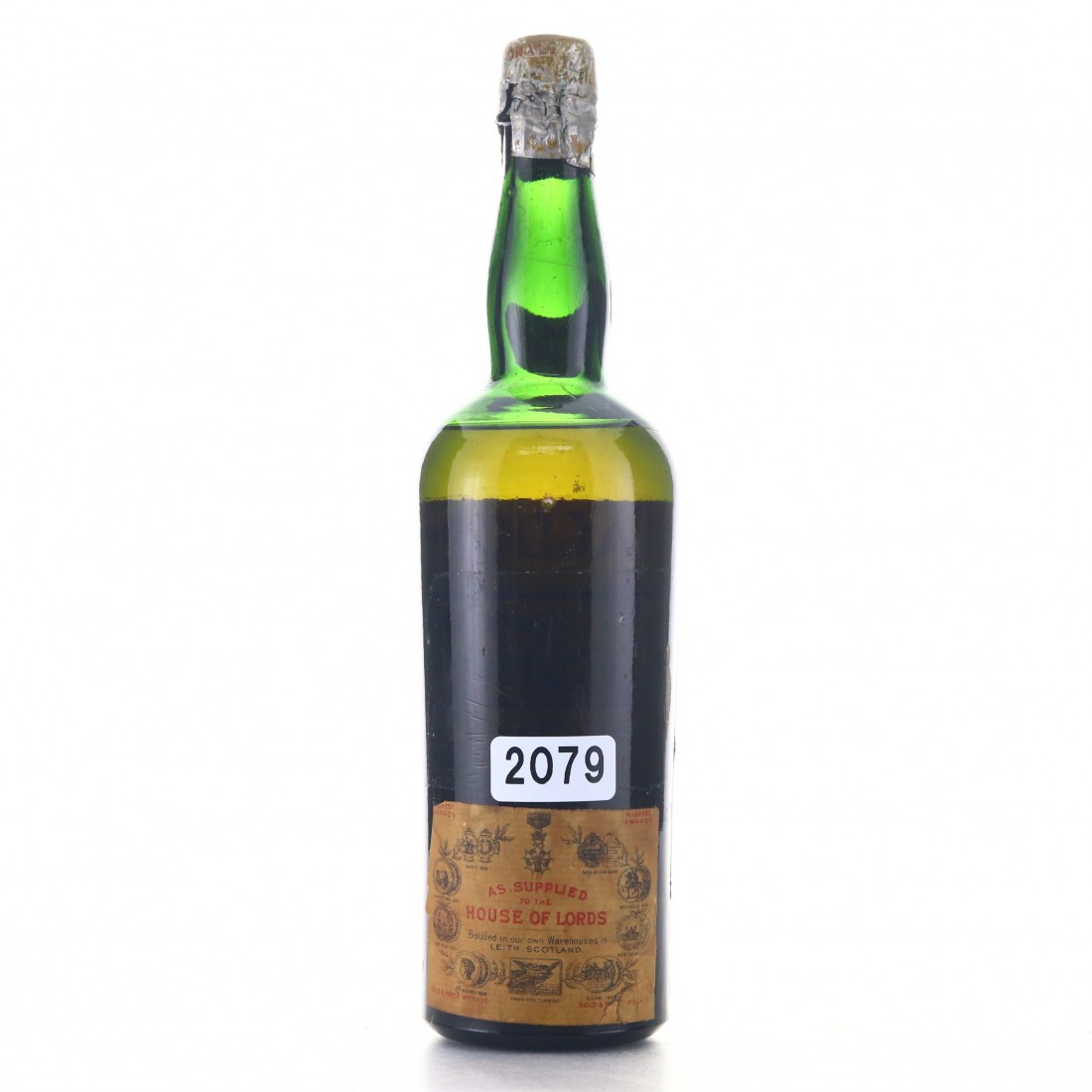 An incredibly rare 1920s bottling of the lost blended whisky, 'Sandy Mac,' or Sandy MacDonald. The brand was created by an Edinburgh whisky firm called Alexander & MacDonald in 1840. In 1890 they merged with the Greenlees Brothers, producers of the Grand Old Parr blend, to form Macdonald Greenlees. Despite the company becoming part of DCL in 1925, the Macdonald Greenlees name lived on well into the late 20th century, and the trademark is still owned by Diageo today.

This example dates from the 1920s, prior to the company being swallowed up by DCL and the Alexander & MacDonald name being switched out for MacDonald Greenlees on the label. The bottle bears a statement dated 1920 from the Ministry of Food on it, and lists both the Auchnblae distillery, which closed in 1930, and Argyll distillery, which shut down in 1923. Deduction places this bottling between 1920 and 1923 therefore, a spectacular old example of blended Scotch from the early 20th century.