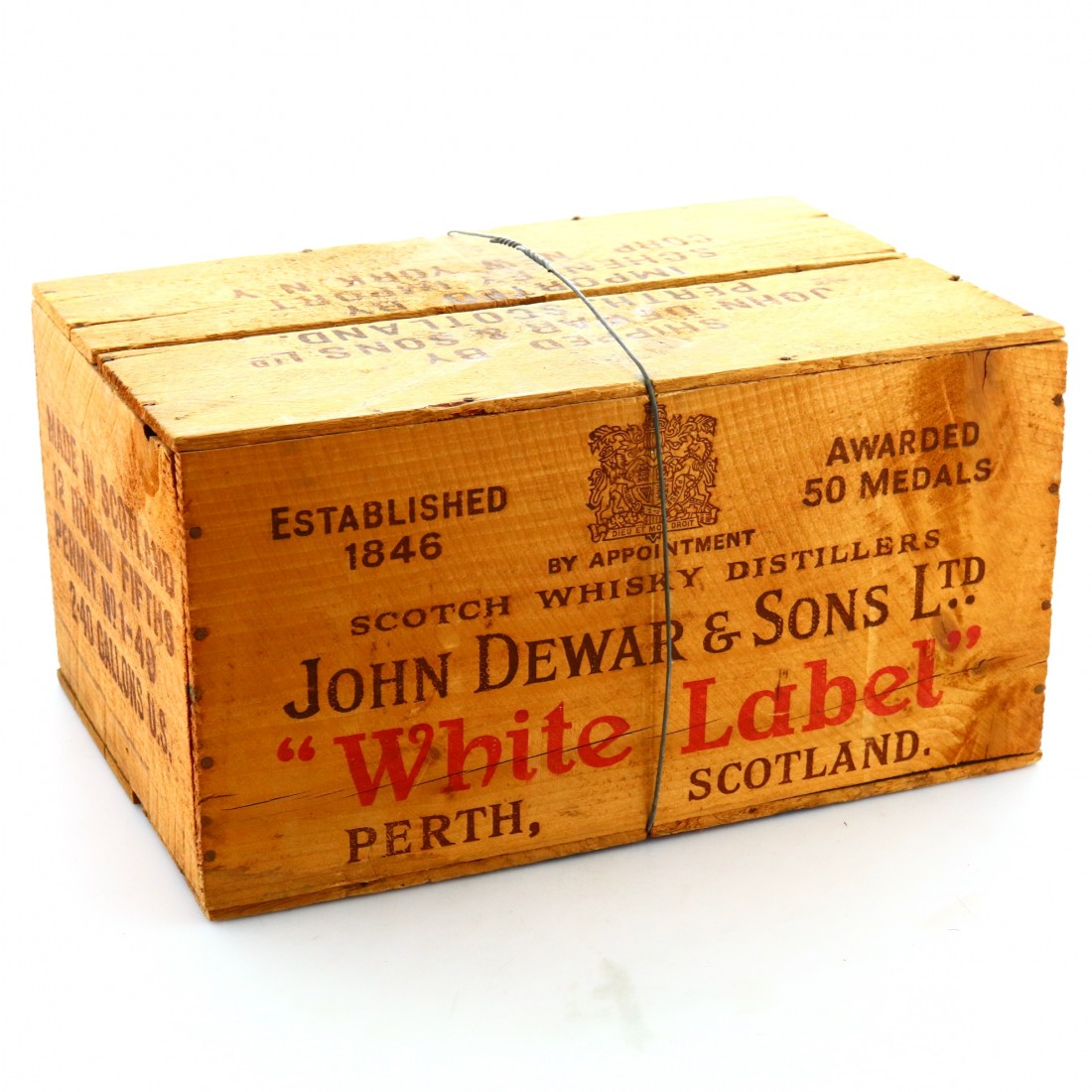 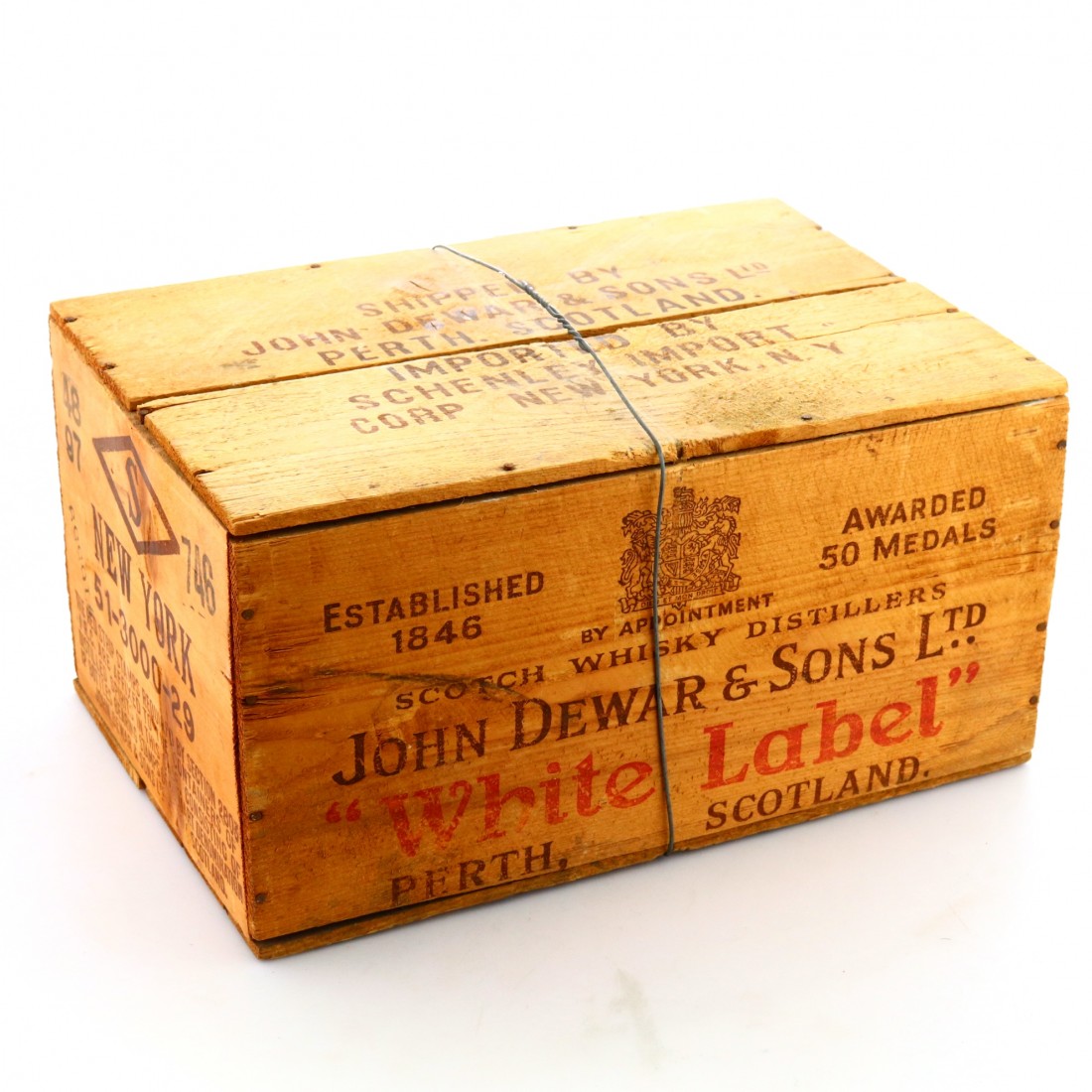 John Dewar & Sons were granted their first Royal Warrant by Queen Victoria in 1893, and it has been renewed by every monarch since then. The company opened the Aberfeldy distillery in 1898, and it remains the core constituent of its blends. The famous white label Scotch was debuted the following year. The company merged with James Buchanan & Co to form Dewar-Buchanan in 1915, before becoming part of DCL ten years later. It remained part of that empire until the formation of its modern iteration, Diageo, in 1997. The merger of United Distillers and Grand Metropolitan had brought too much of the industry under a sole parent organisation, and to satisfy anti-monopoly rulings, the Dewar's brands and distilleries were sold to Bacardi in 1998, who have breathed a new lease of life into many of them since.

This is a sealed crate of the famous White Label blend, destined for the US market in 1949.