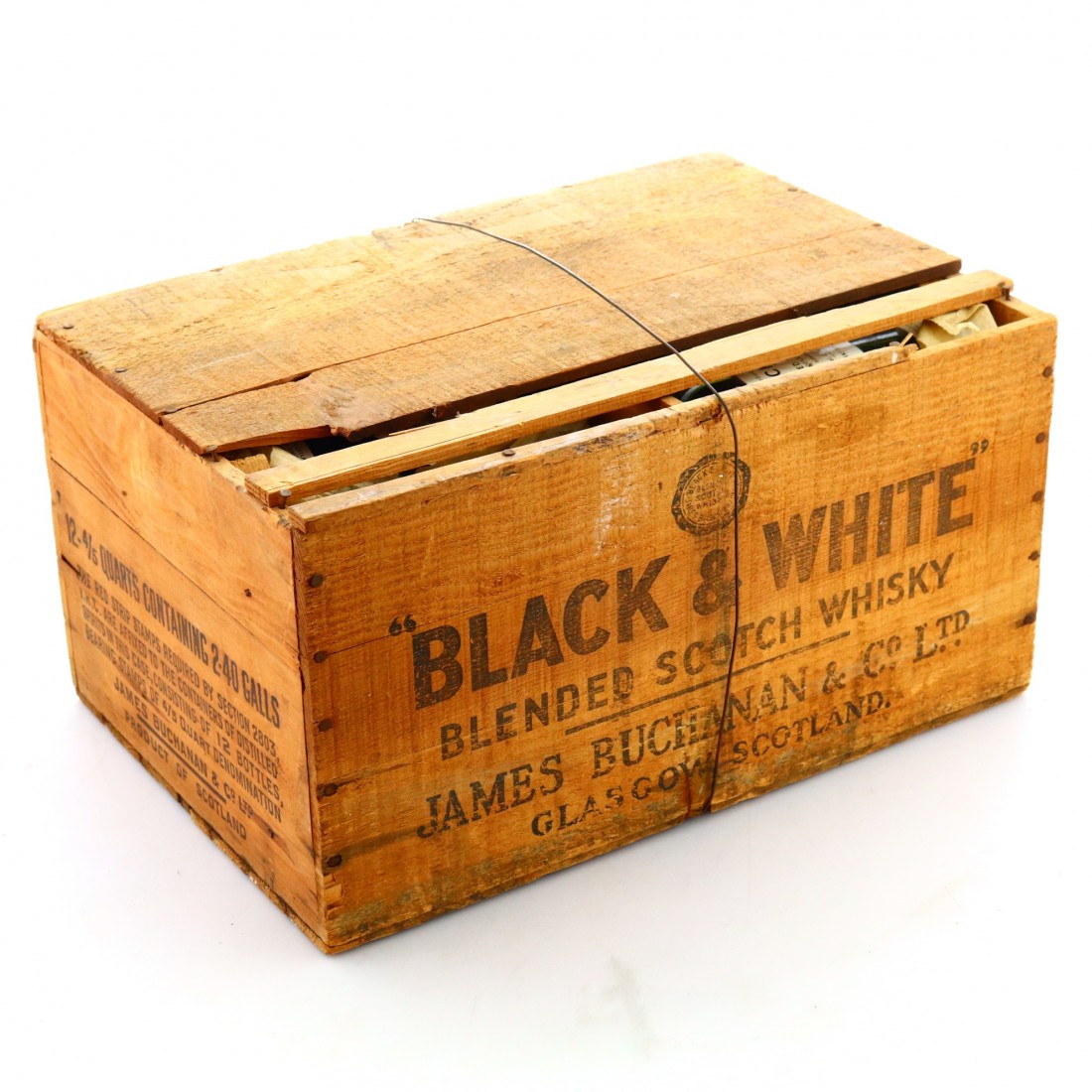 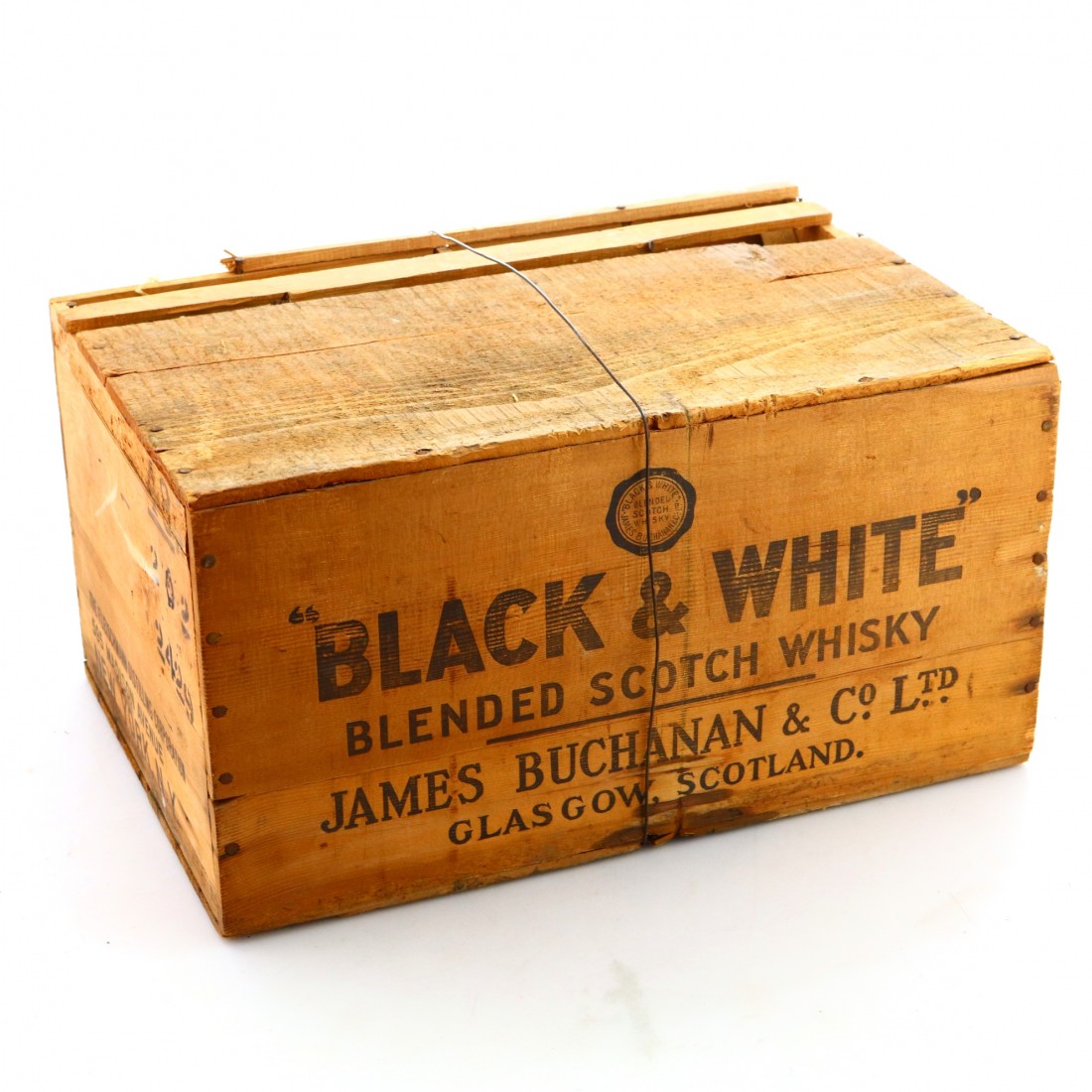 James Buchanan was born in Ontario, Canada in 1849, eventually moving to Scotland to work for blending agent, Charles Mackinlay & Co. In 1884 he struck out on his own, and the rest is history. Working with W.P. Lowrie, he created the inaugural Buchanan Blend, using Dalwhinnie, Clynelish and Glendullan, which was specifically designed to appeal to the English palate. It was such a success that it became the drink of choice in the House of Commons bar, and Buchanan renamed it after the institution. Better known by its distinctive monochrome packaging however, the affectionately referred to Black & White whisky became the brands official title in 1902. The company merged with John Dewar & Sons in 1915 to become Buchanan-Dewar, which in turn became part of DCL in 1925. It modern iteration, Diageo, still produce its blends today.

This is a sealed wooden crate of Black & White, destined for the US market. It contains twelve bottle of the famous blend, all produced in 1949.