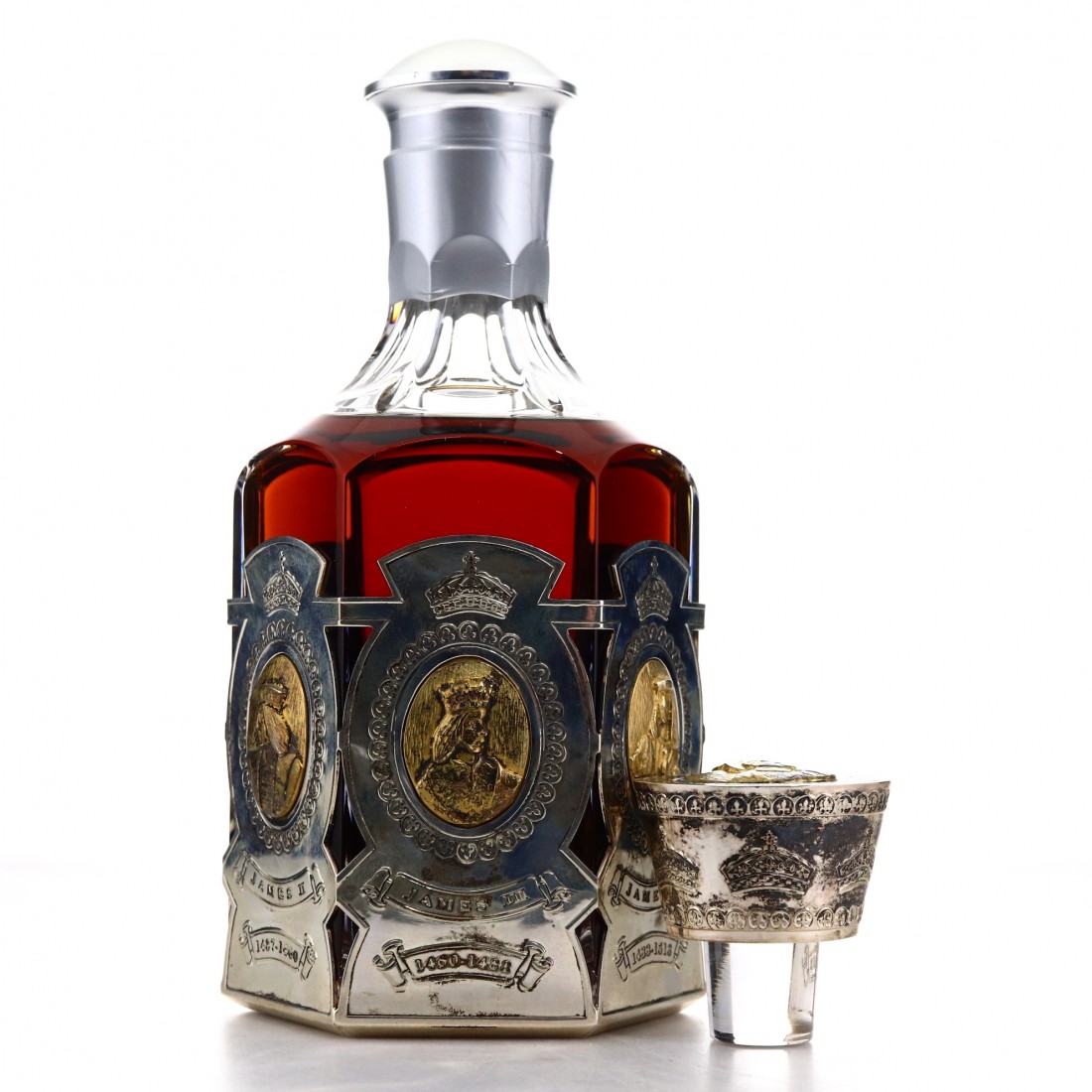 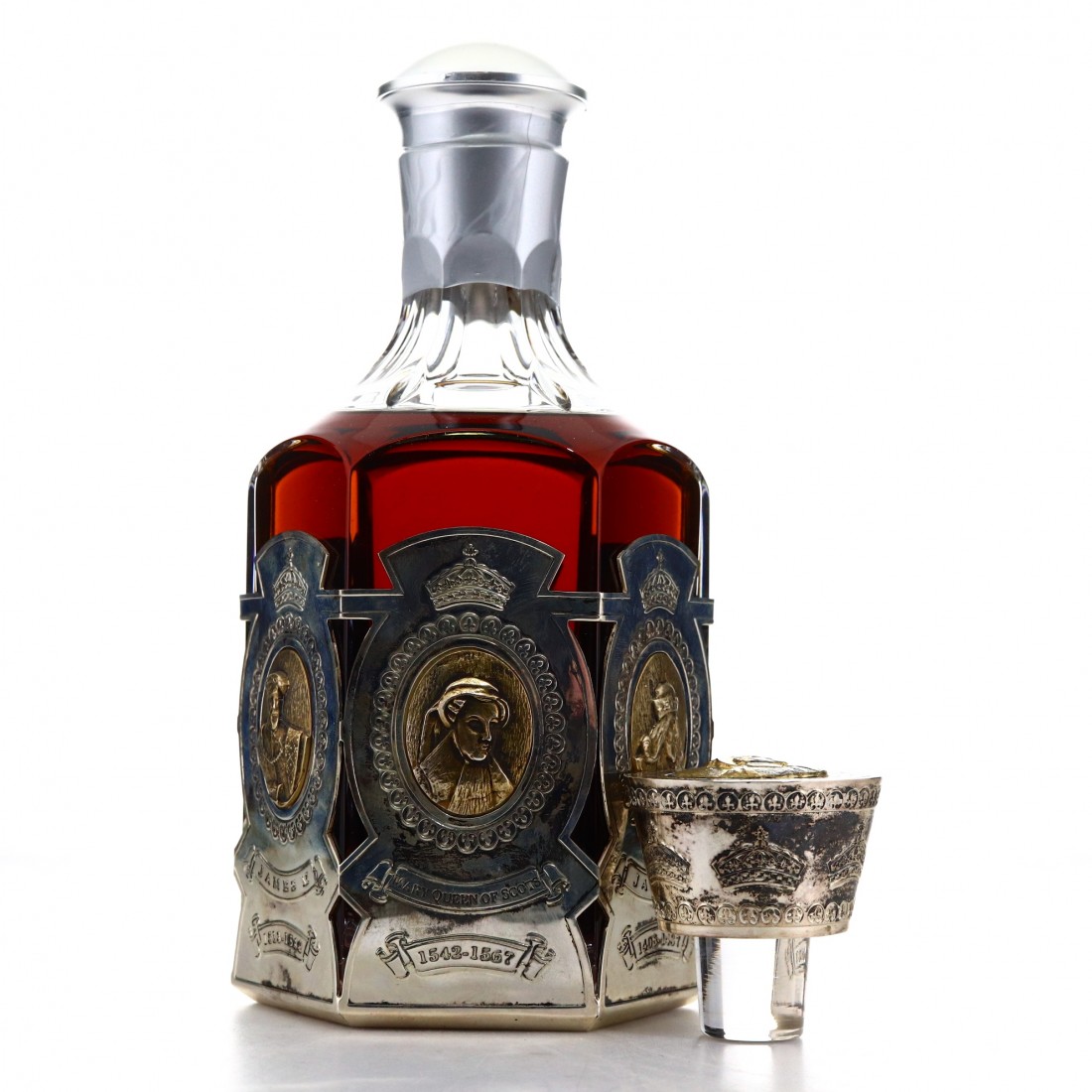 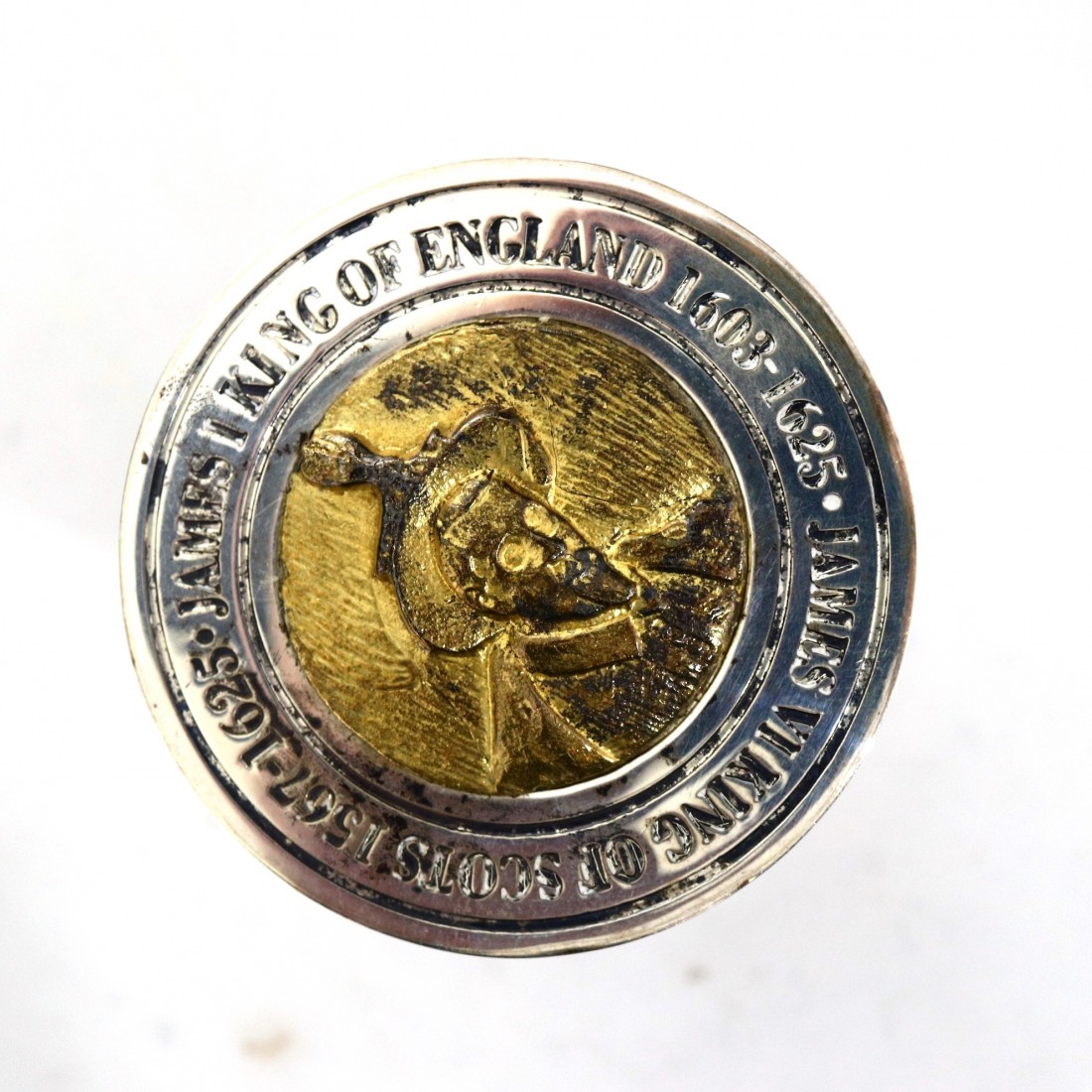 This is a very rare and impressive independently bottled Bowmore. One of 850, the decanter itself produced by the world's leading crystal glass manufacturer, Atlantis.

Each of the six sides of the decanter features a silver gilt medallion of a member of the Royal House of Stewart.