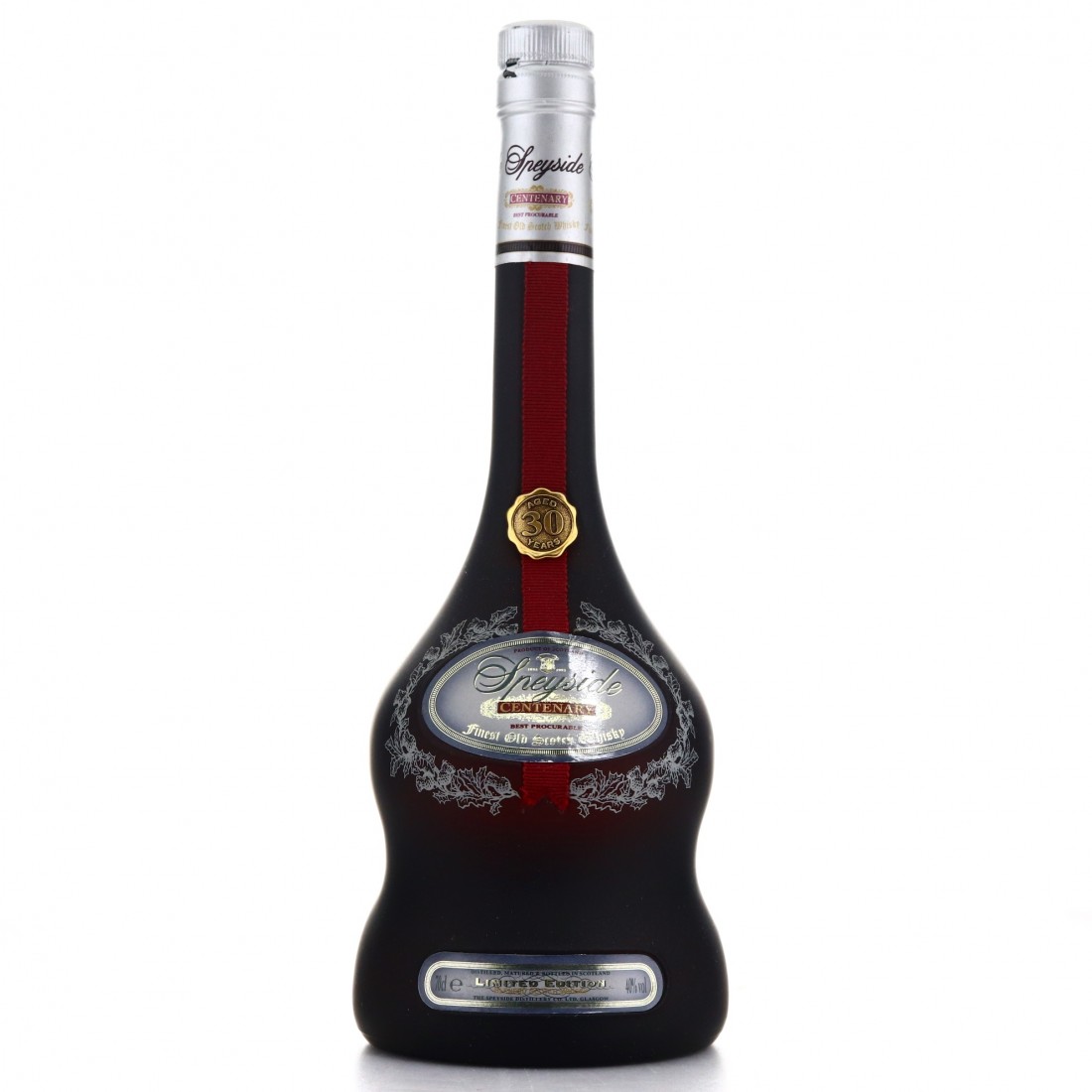 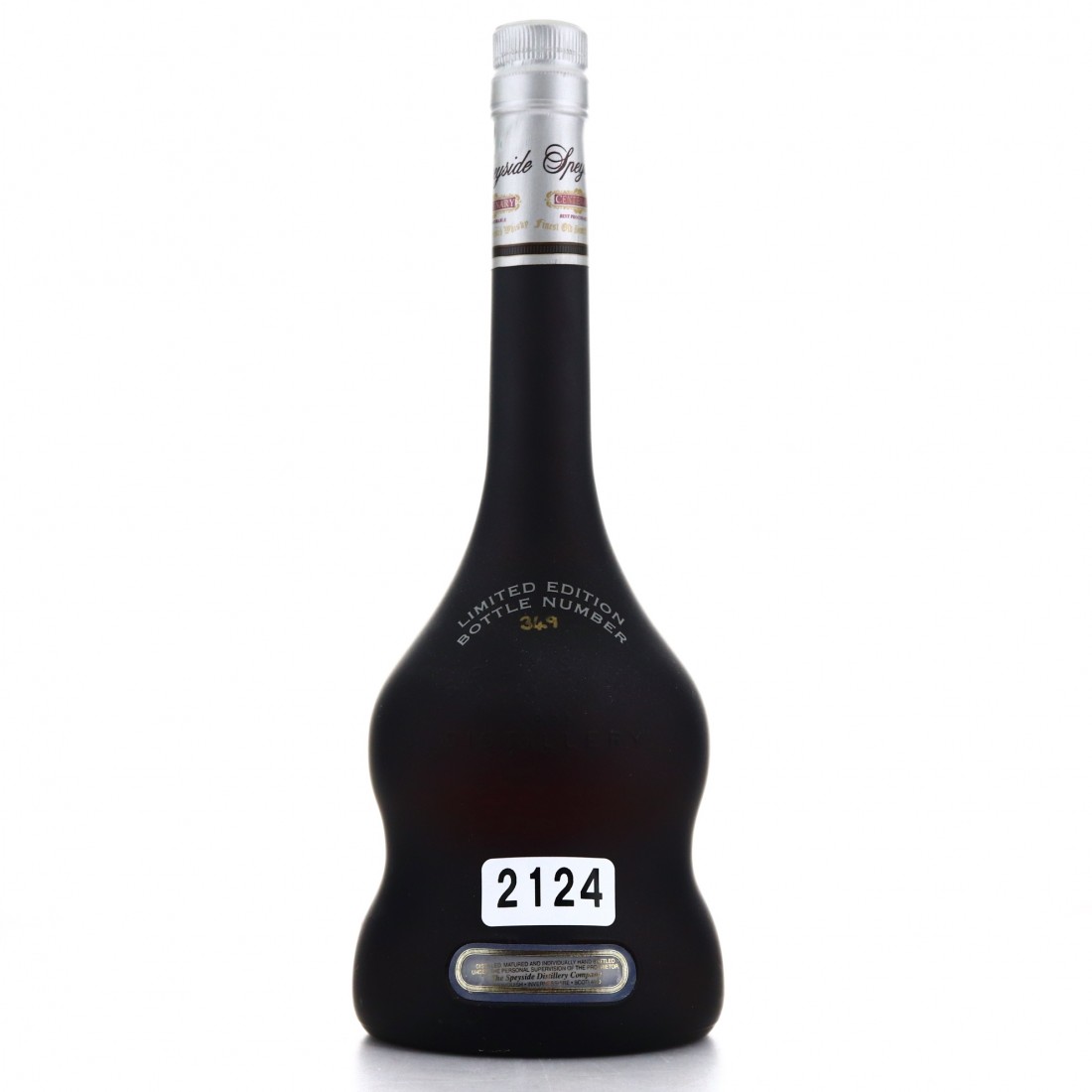 Speyside distillery was the second of those built by George Christie, his first being the North of Scotland grain plant in 1957. His malt distillery was not completed until 30 years later however, and only began production in 1990. In its short history it has appeared in several guises, including Drumguish, Spey, Cu Dhub, Glentromie and Black Burn.

The blend is named Centenary, although in reference to what is unclear.