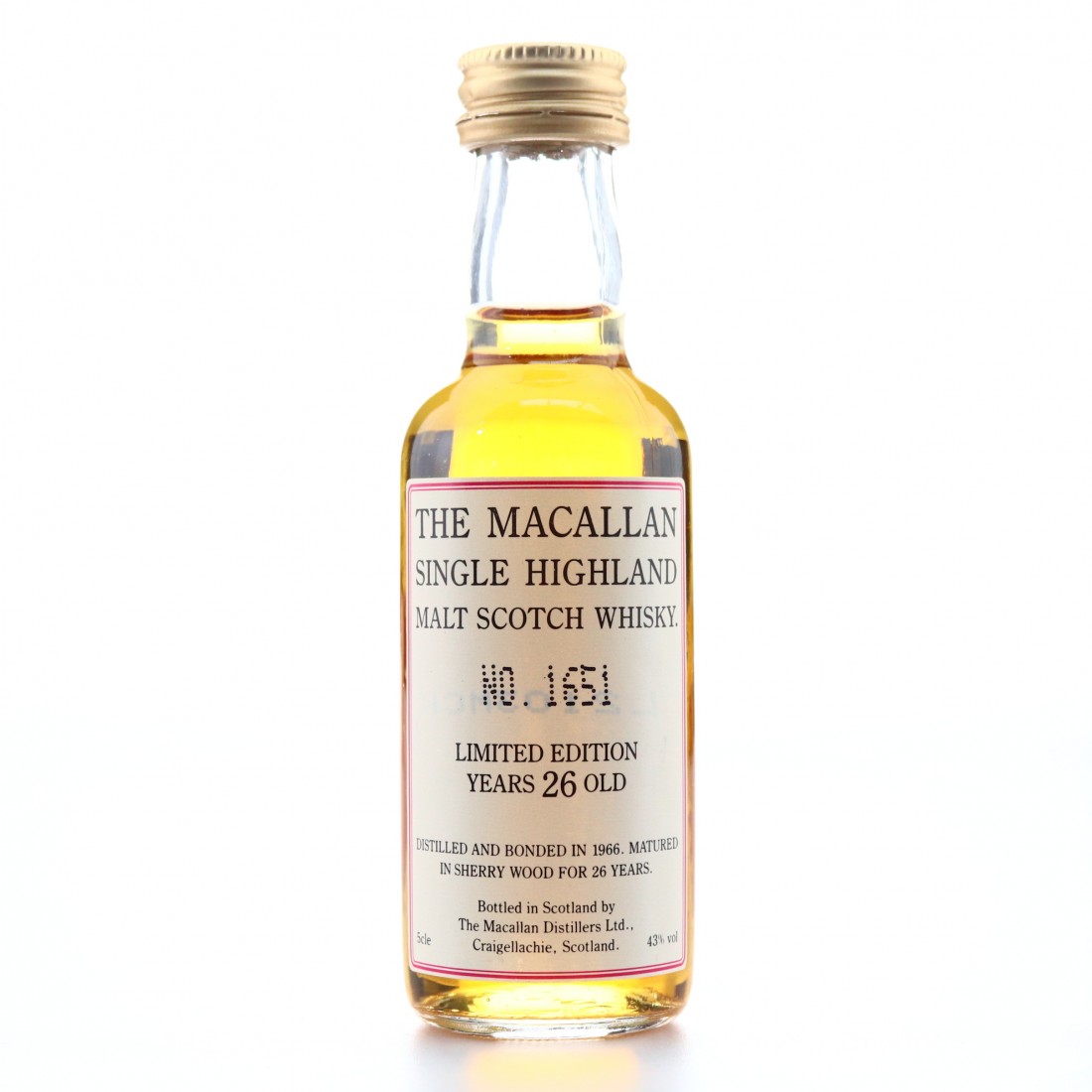 This is a limited edition miniature of 26 year old, 1966 vintage single malt.