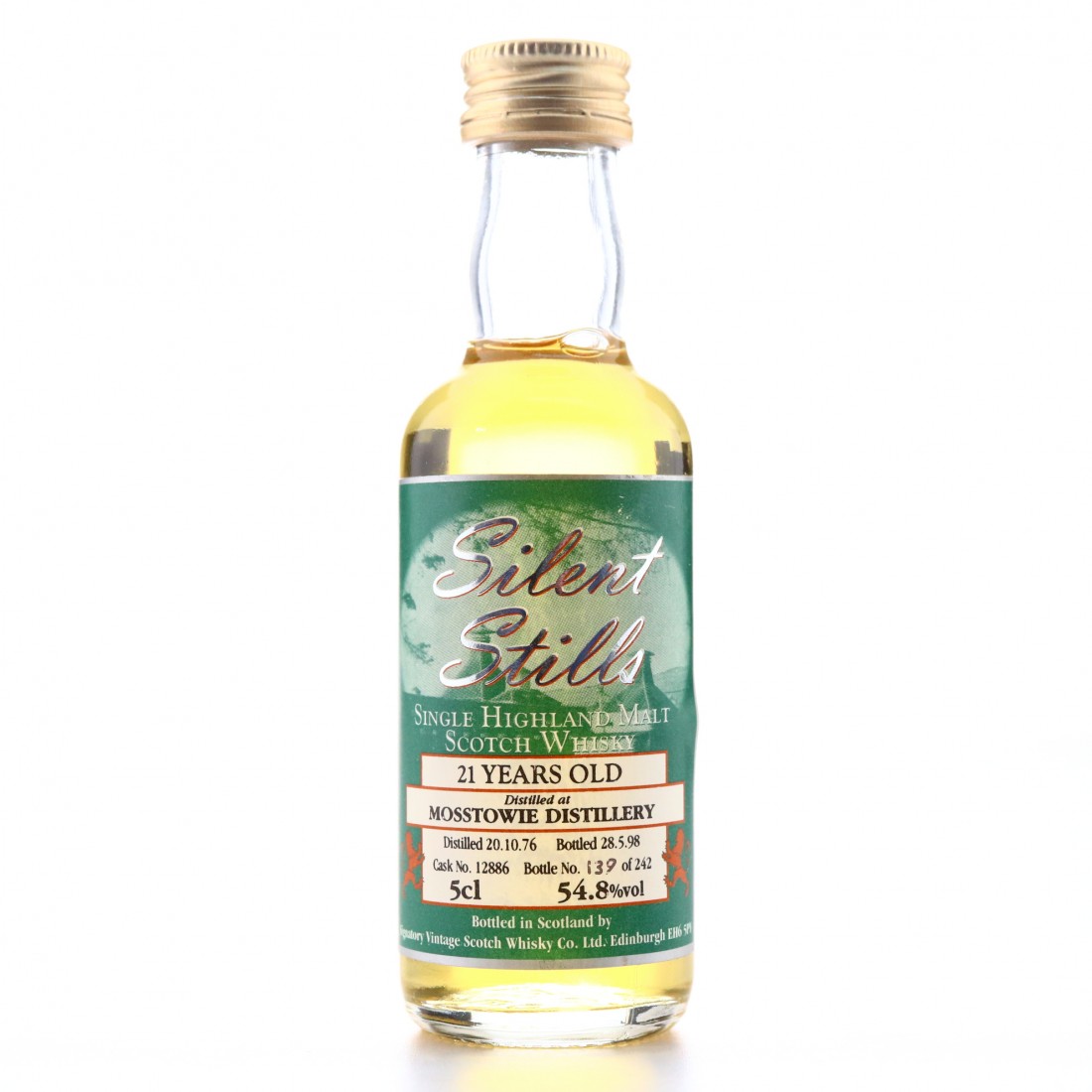 Mosstowie is a long-discontinued single malt that was produced at the Miltonduff distillery in Speyside using Lomond stills. The stills were installed in the 1960s by owners Hiram Walker, who had done likewise at their Scapa, Inverleven and Glenburgie distilleries. The experiment was short-lived, with Miltonduff's Lomond stills ripped out and replaced by traditional pot stills in 1981. Primarlily used as a constituent in Ballantine's blends, Mosstowie is rarely seen as a single malt, and sought after when it is.

Distilled on 20th October 1976, this was bottled within Signatory Vintage's Silent Stills range, which at the time showcased Scotland's finest discontinued single malts (some, such as Glenglassaugh, have since returned).