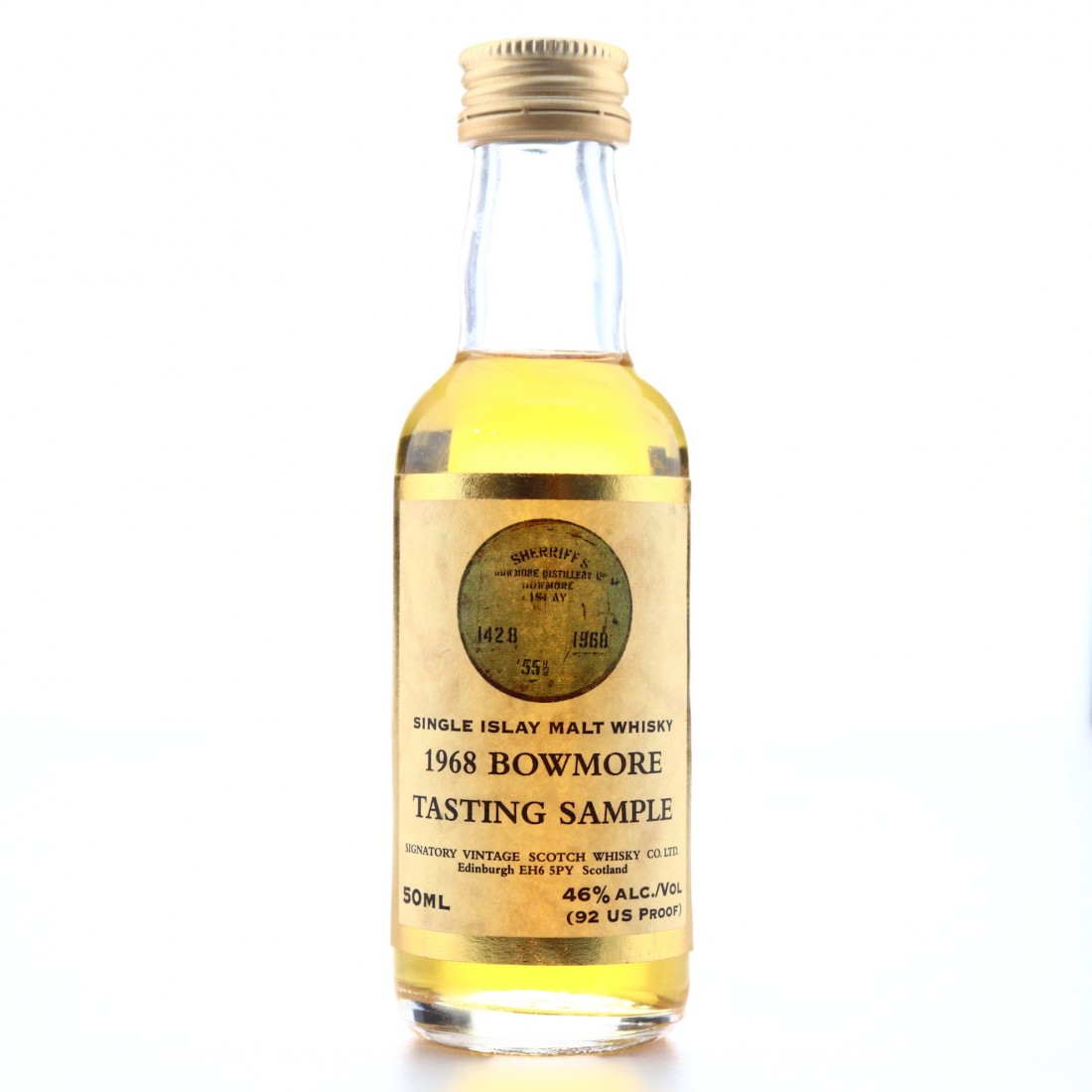 This is a Tasting Sample of a 1968 vintage Bowmore. The 1960s are considered a golden era of production for the distillery.