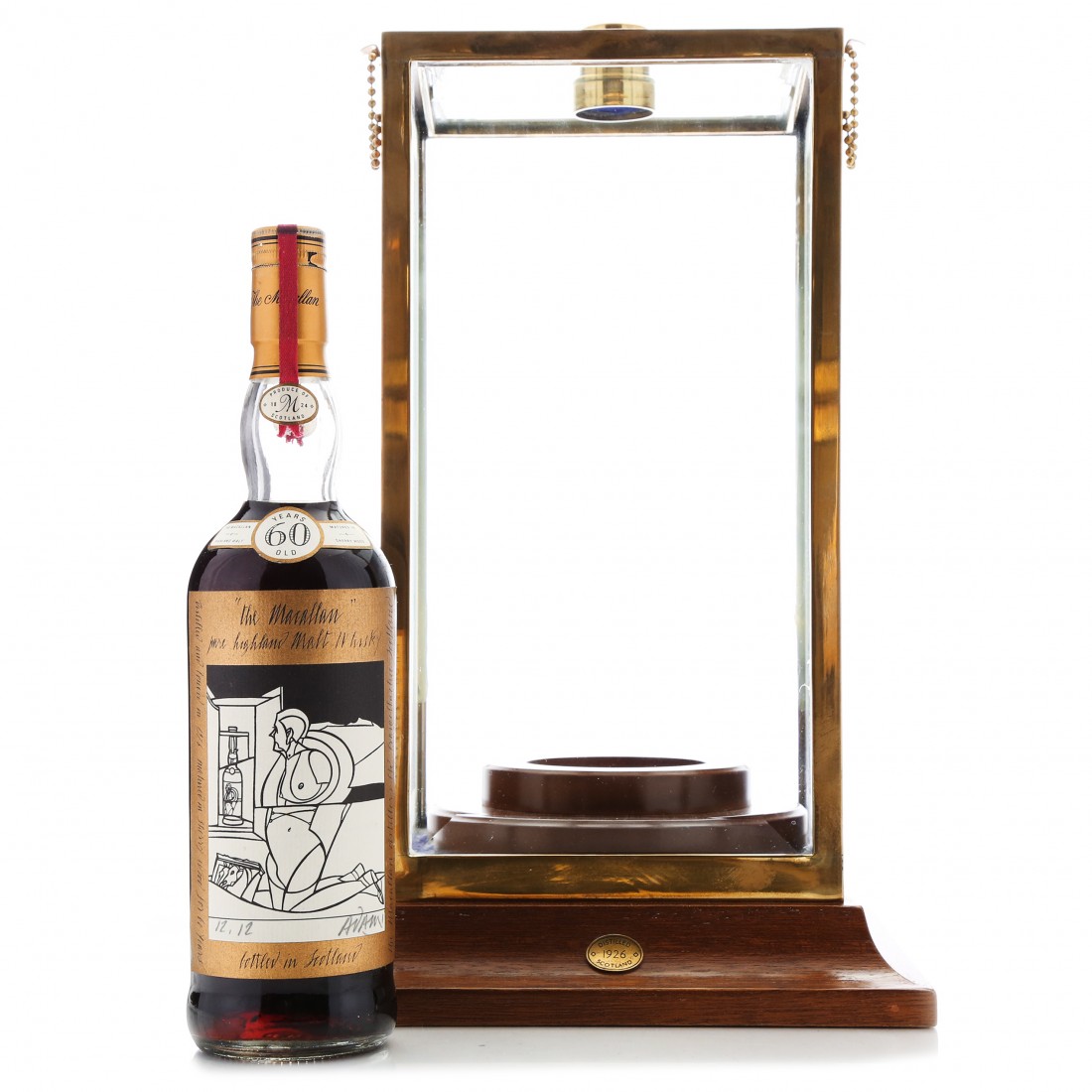 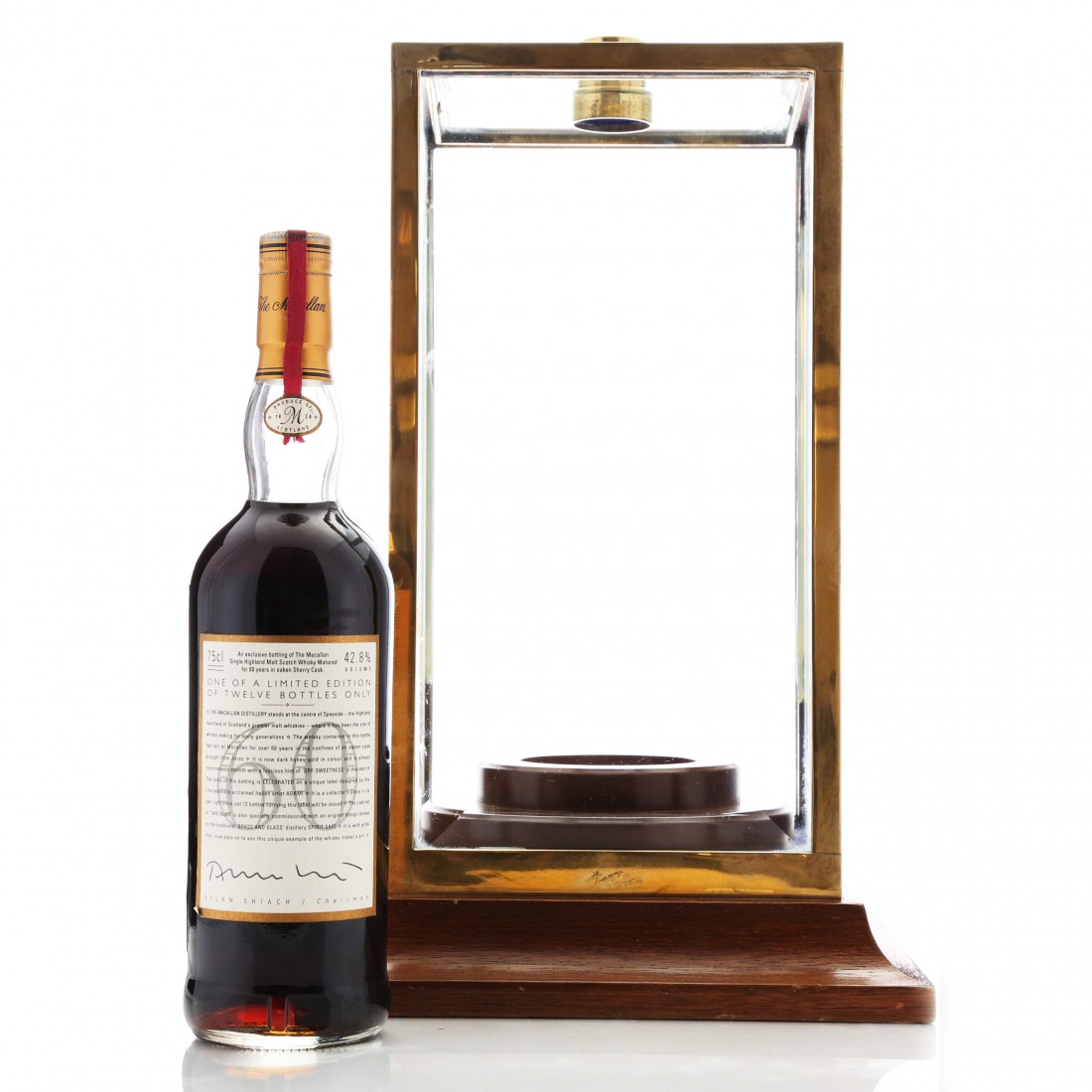 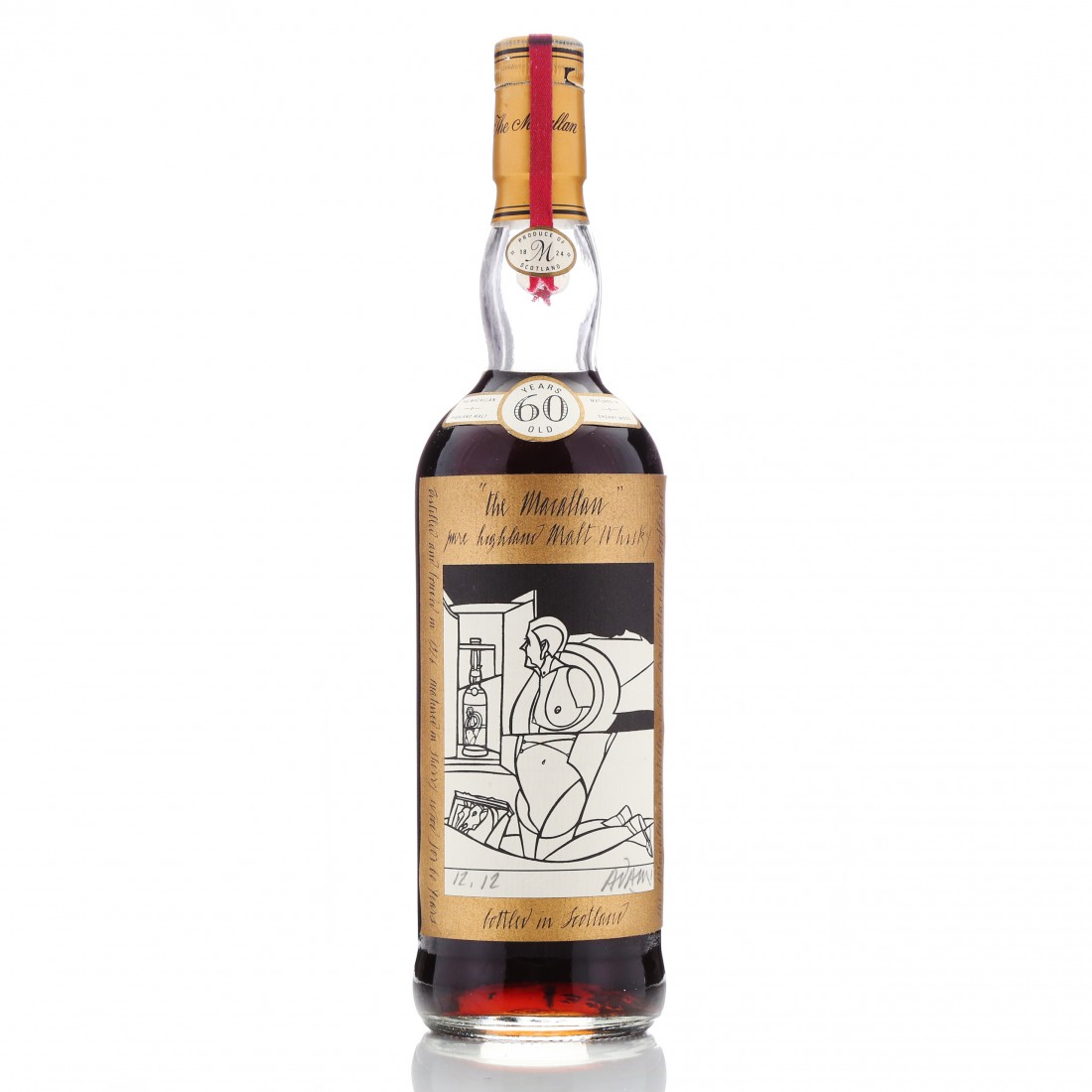 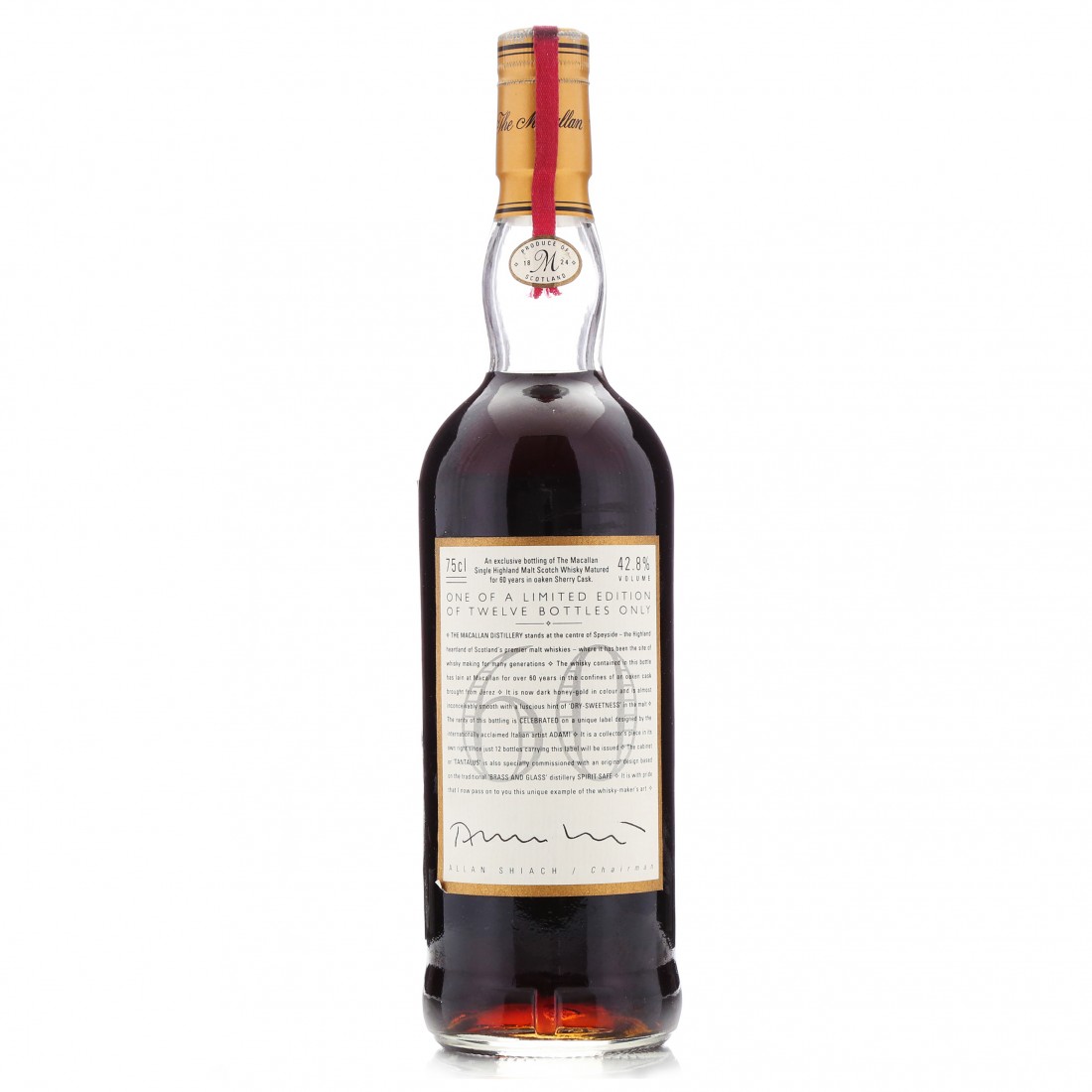 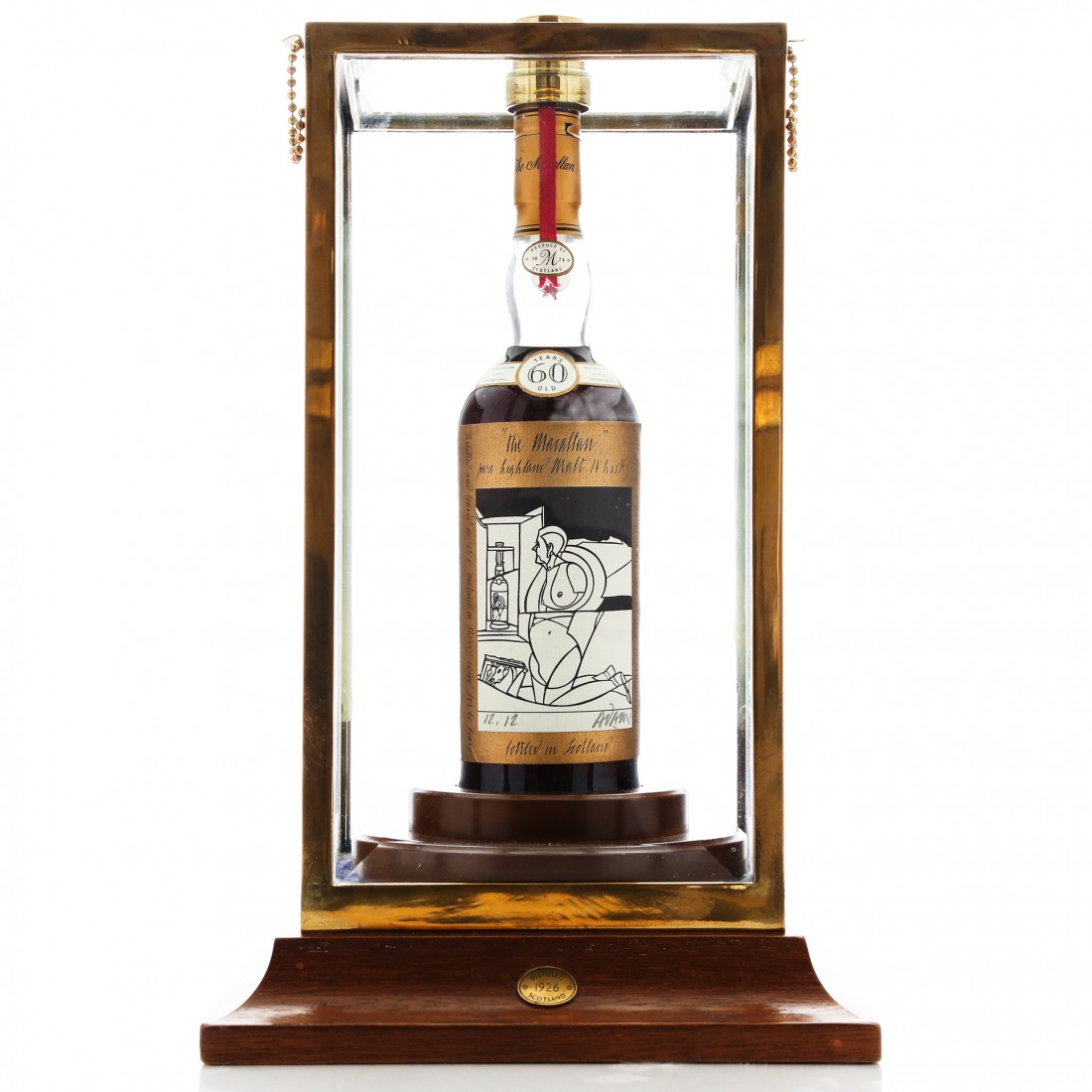 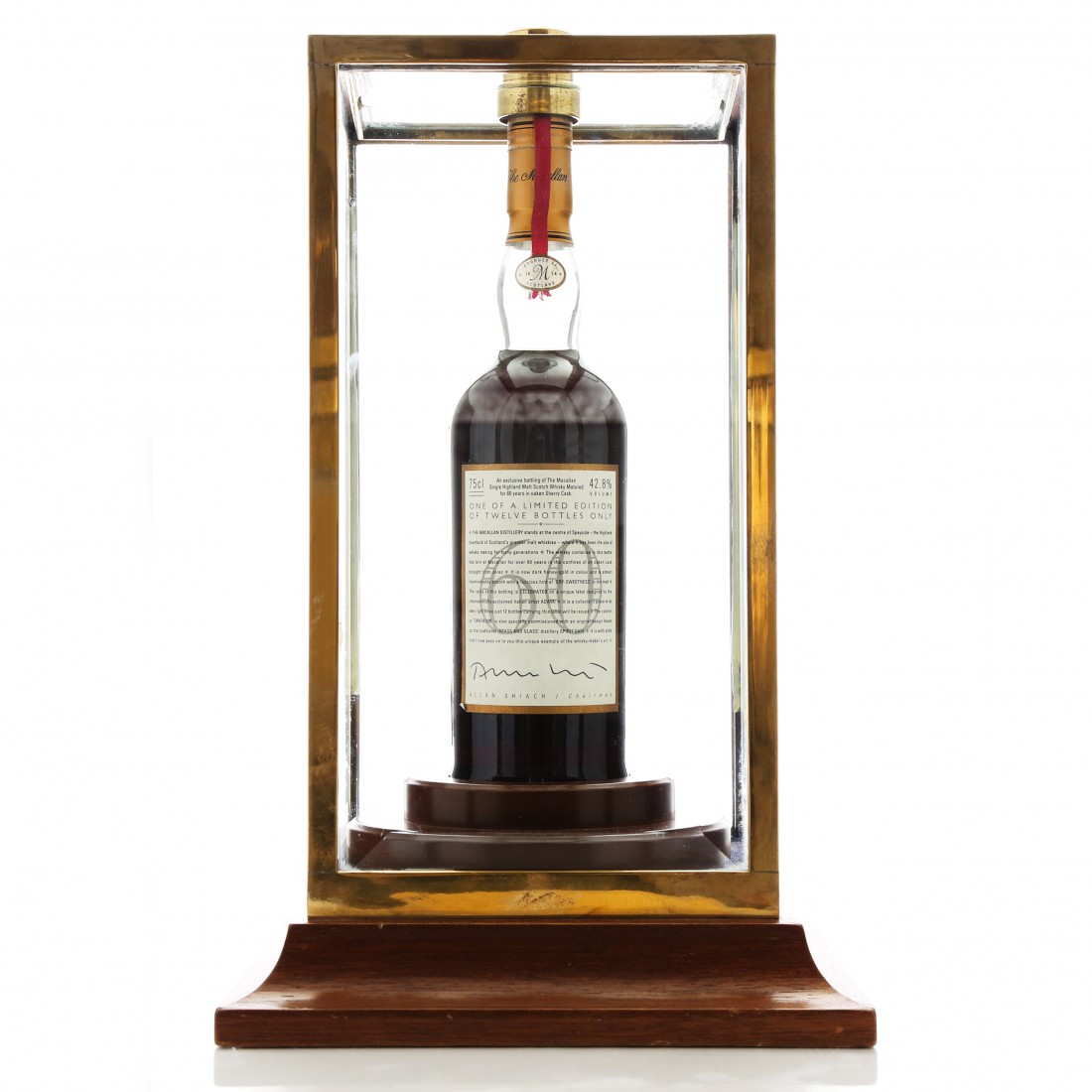 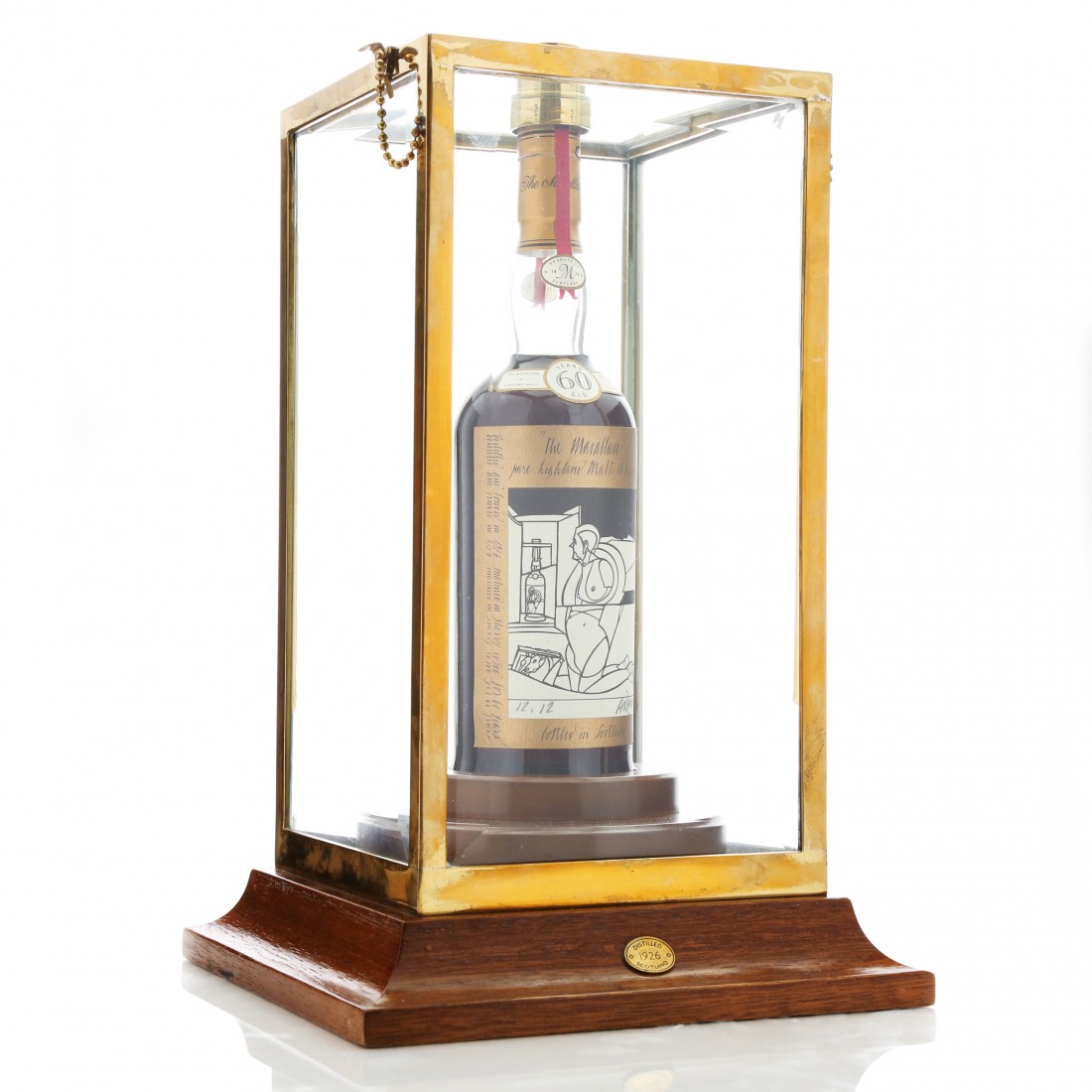 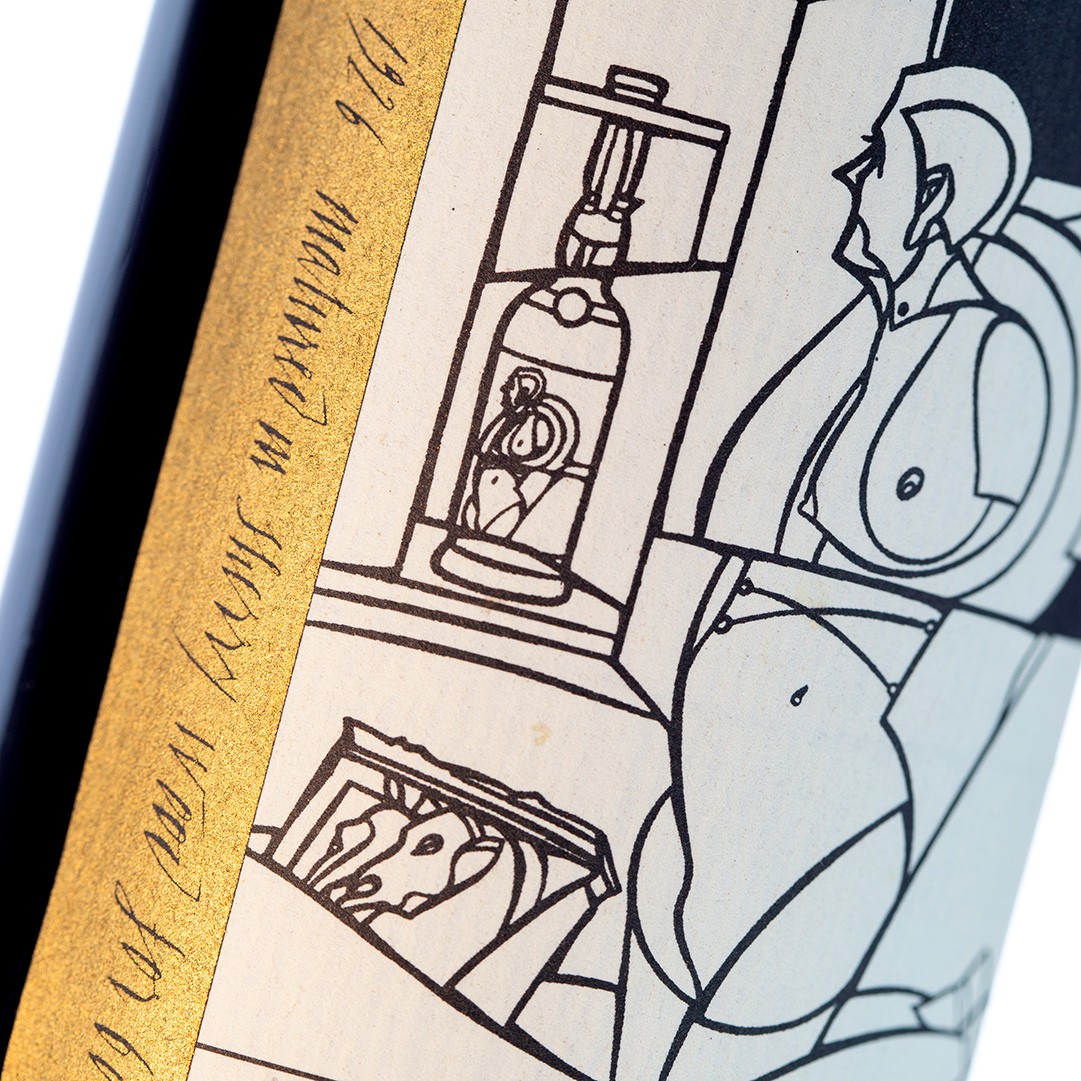 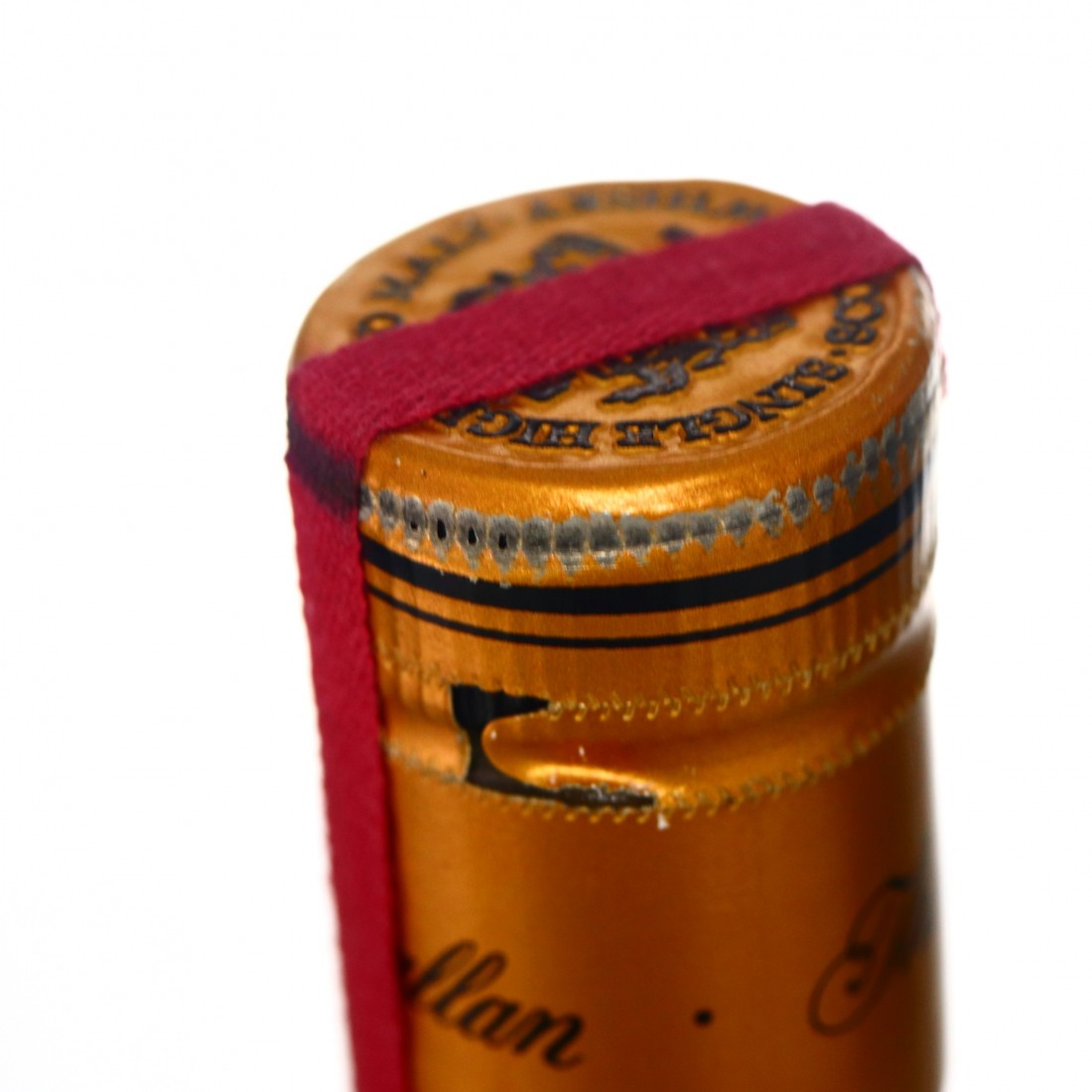 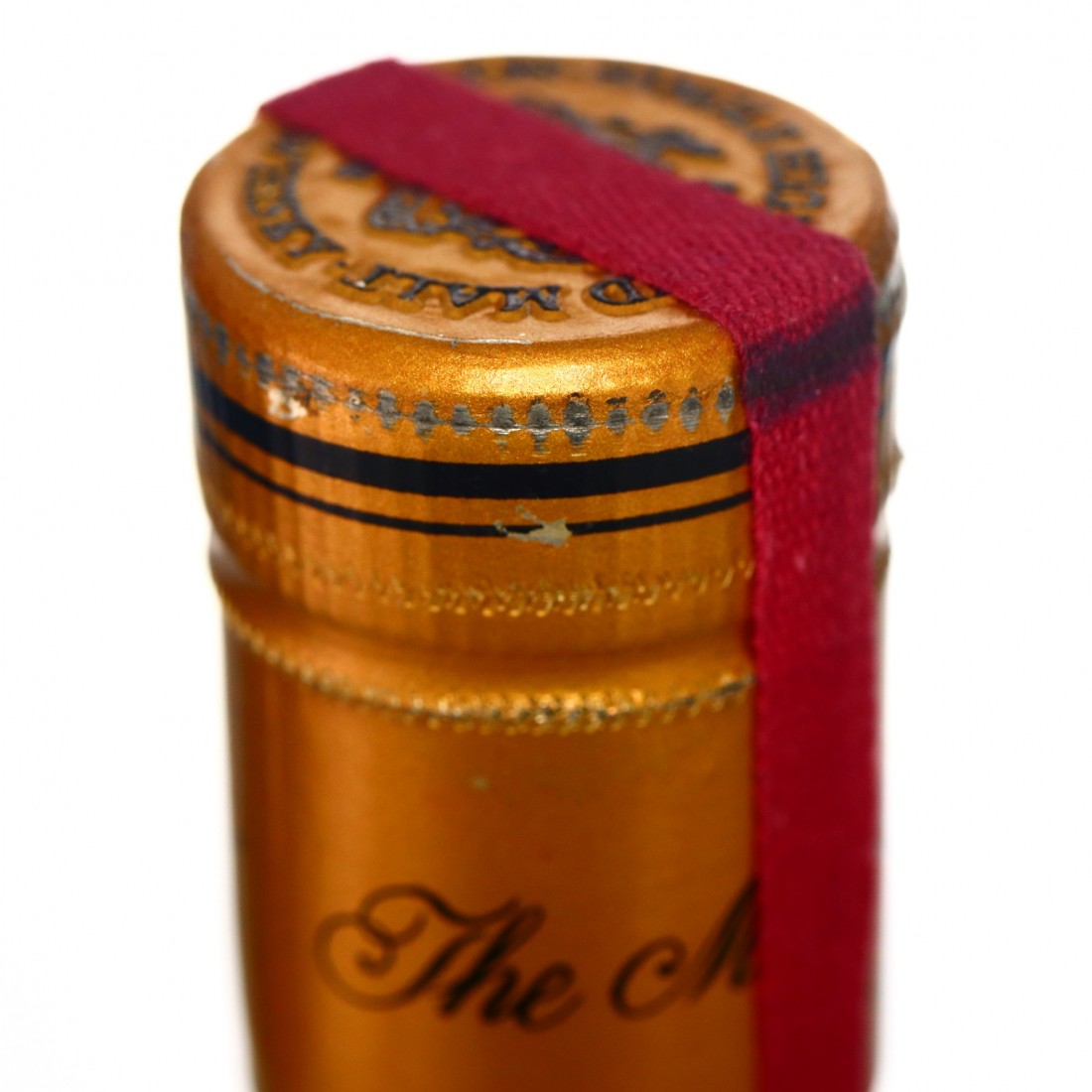 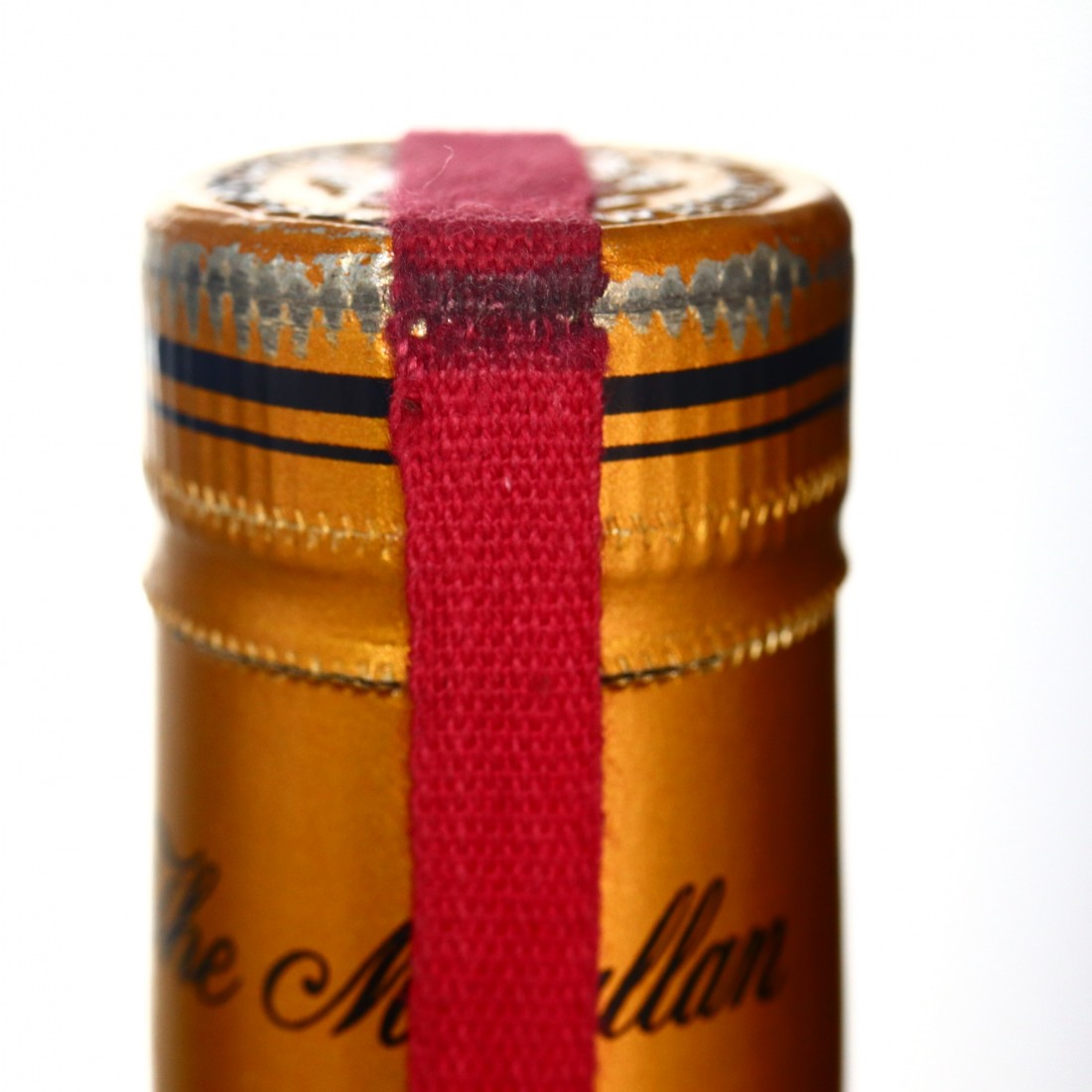 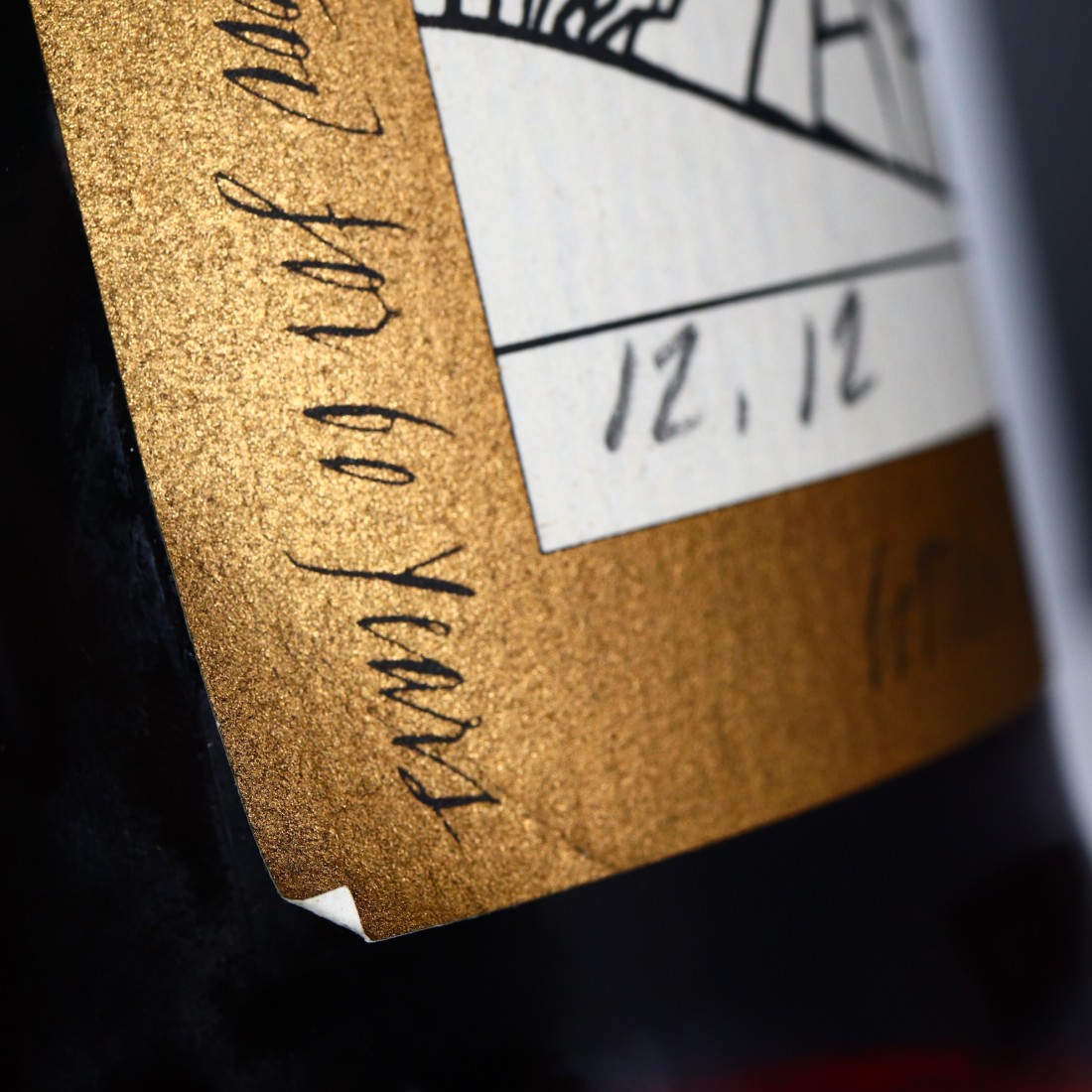 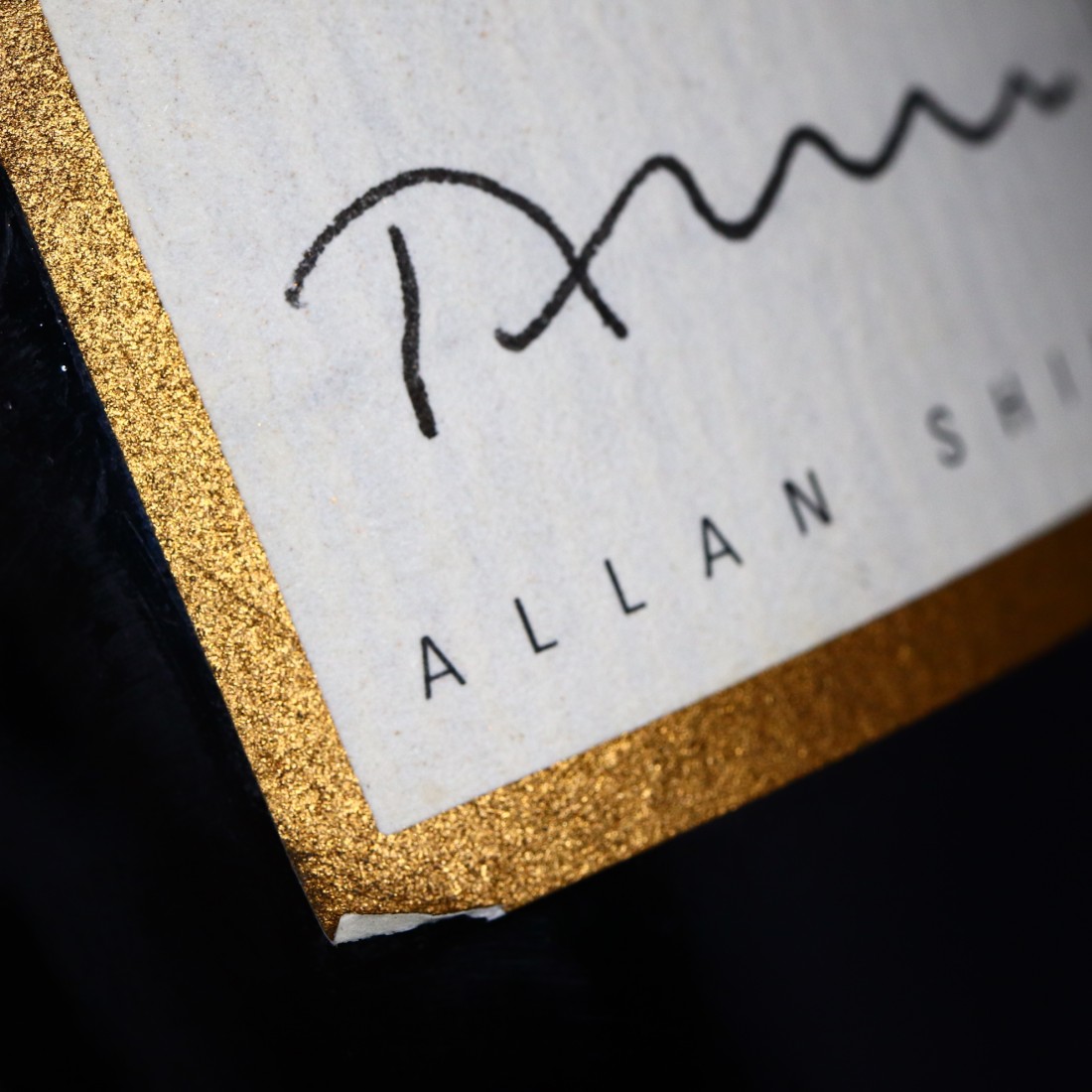 Macallan distillery had been responsible for its own bottling for six years when the decision was made to remove this incredible 60 year old whisky from their warehouses in 1986, but they were already acutely aware of when reverential treatment was due to a certain product, and the ceremony with which to carry this out. So much so in fact, that cask #263 was deemed too good to be confined to a single presentation. Of the 40 bottles drawn, it was decided that twelve would be labelled by British pop artist, Sir Peter Blake, perhaps best known for providing the iconic cover art for The Beatles's Sergeant Pepper's Lonely Heart Club LP. A further twelve later had label art created for them by Valerio Adami after he was recommended to Macallan by their Italian agent, Armando Giovinetti. This is one of those.

Adami is an Italian painter, born in Bologna, Italy in 1935 and was also associated with the pop art movement. He moved to Paris to pursue painting in 1955, where he was influenced by the abstract works of Roberto Matta and Wilfredo Lam, exhibiting his first show in 1959. By the 1970s he had developed a graphic style of painting, inspired by the French post-impressionist movement known as Cloisonnism, which featured bold, flat colourful forms with thick black borders. Adami modernised this, with cleaner lines and simpler block colours. This is the style we see presented on this stunning bottle of Macallan whisky. A work of art from the inside to the outside. A collaboration between two masters of their craft, and a rarity unlike any other in the whisky world.

Of the remaining bottles from cask #263, two were sold with no labels at all, one of which was subsequently hand-painted by Irish artist, Michael Dillon. The rest became the foundations for, and most sought after entry to the Macallan Fine & Rare series in 2002 (roughly 14 bottles with all said taken into account).

This is bottle number 12 of the 12 Valerio Adami labels, a genuine masterpiece of the whisky world. With one bottle known to have been opened, and another rumoured to have been lost in a Japanese earthquake in 2011, this is rarer than ever as well.