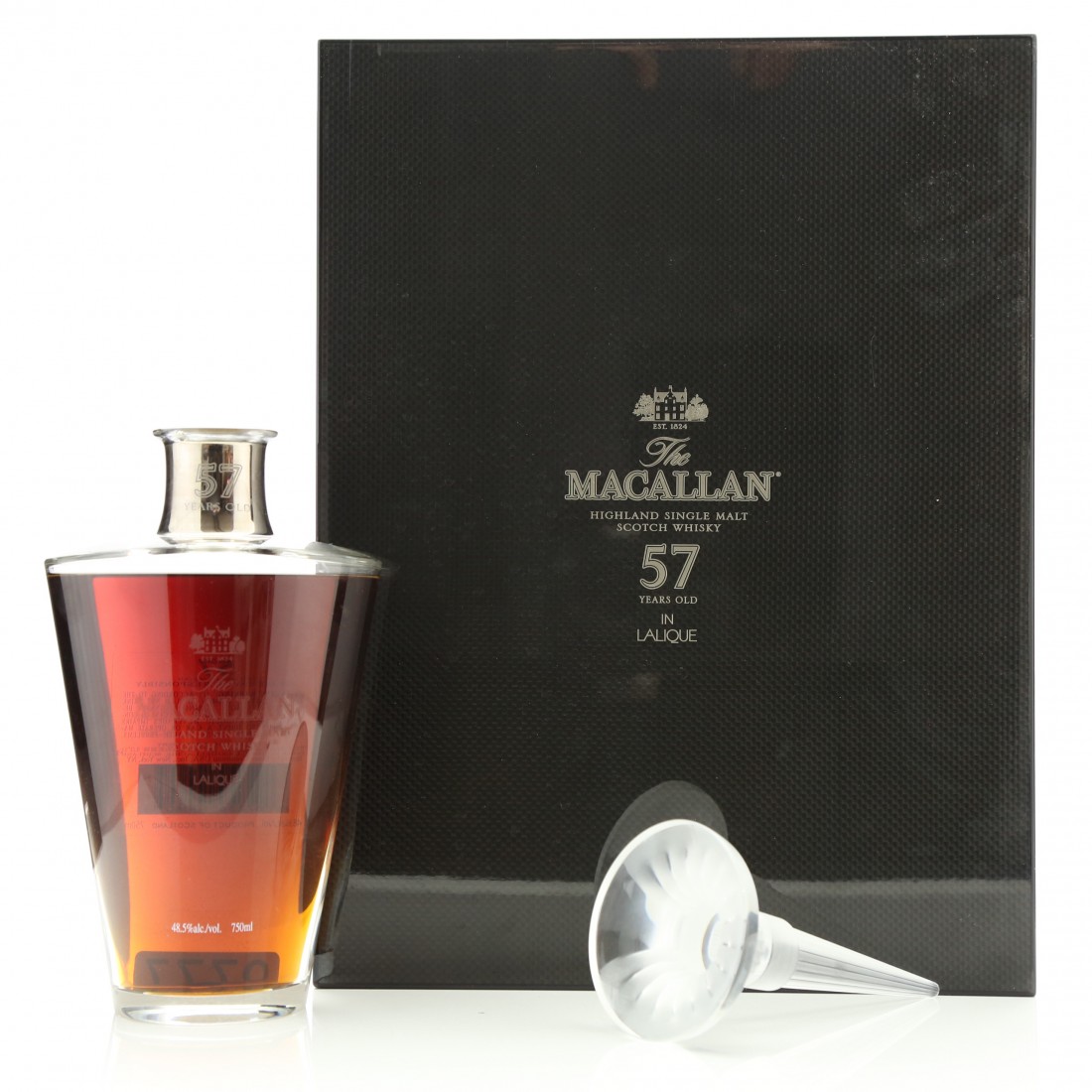 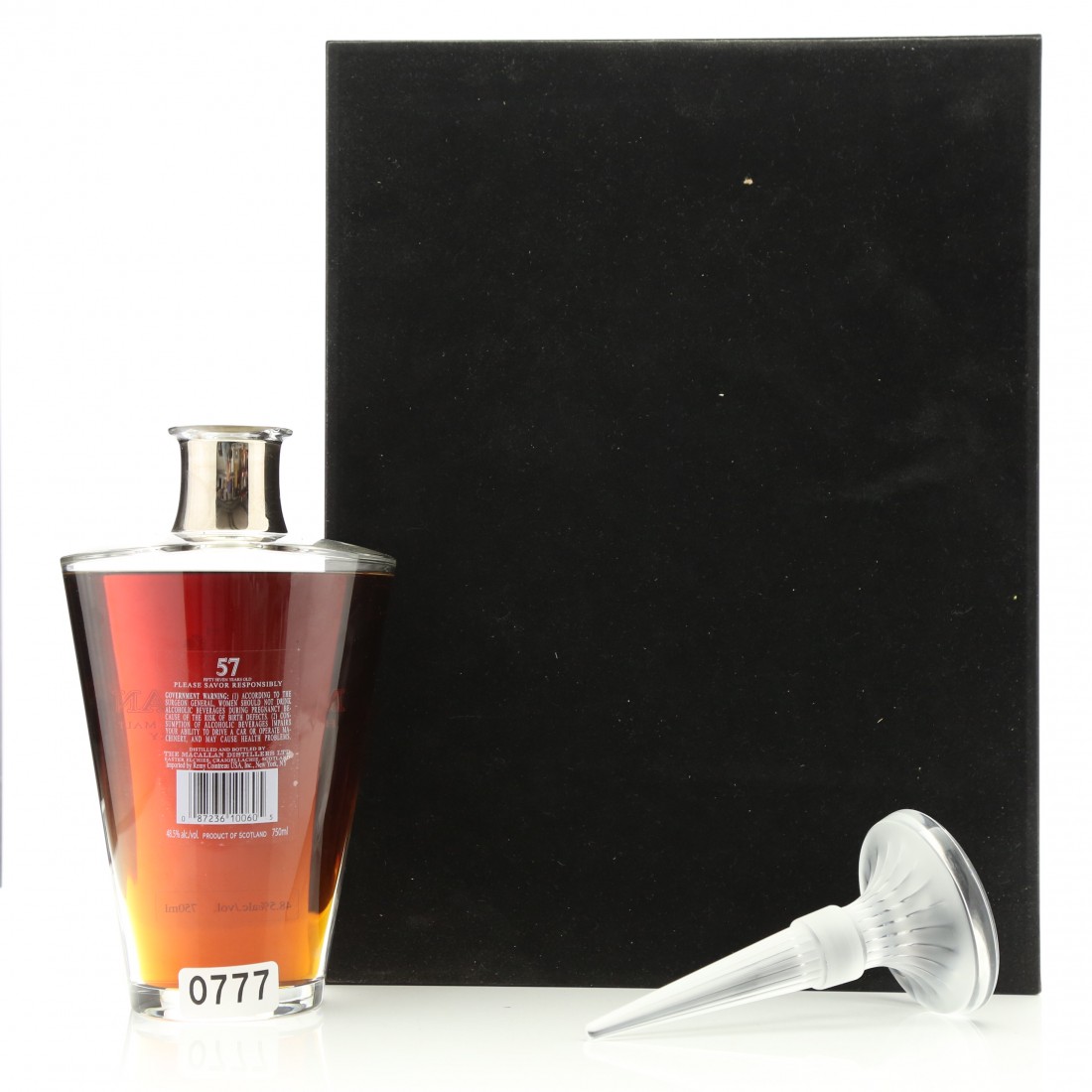 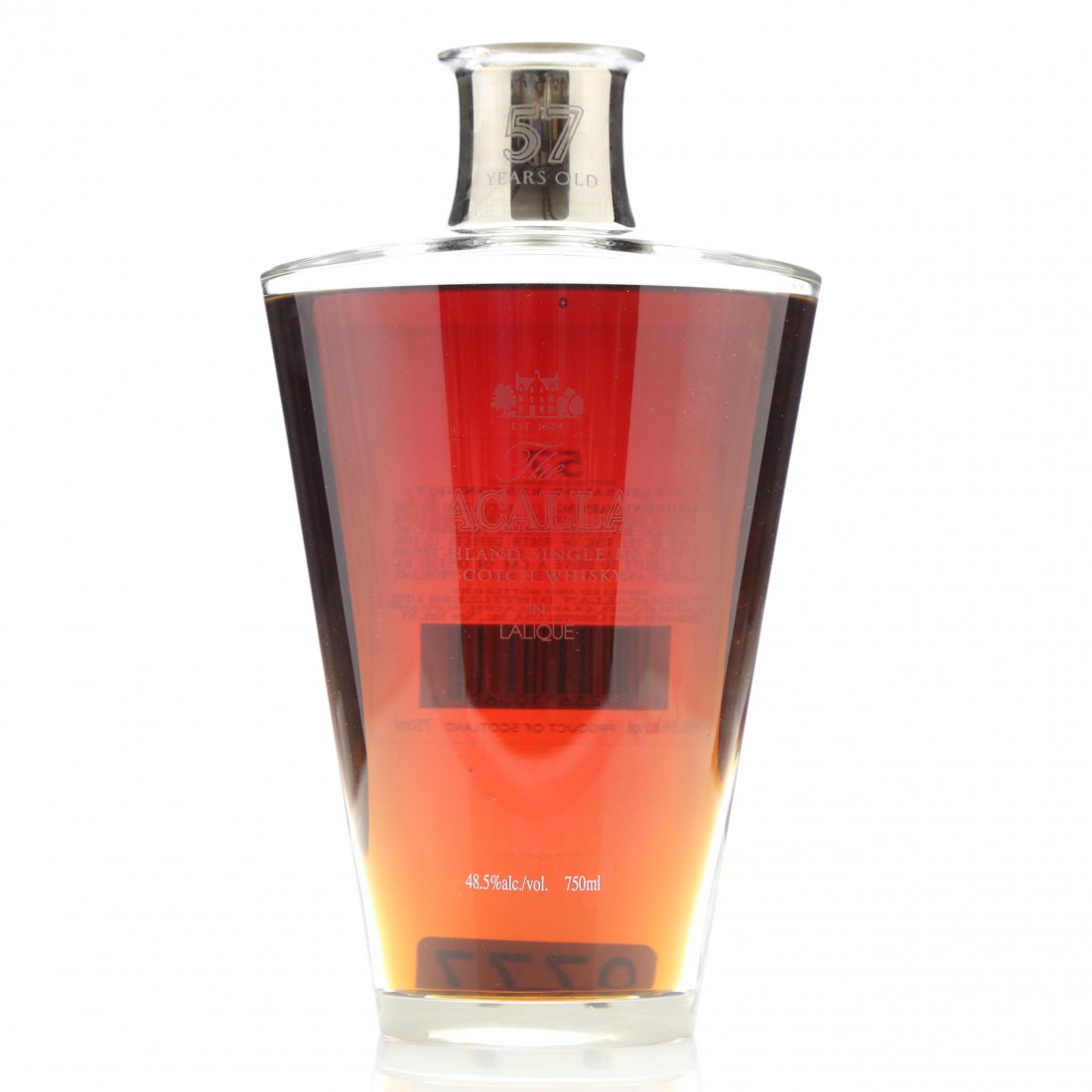 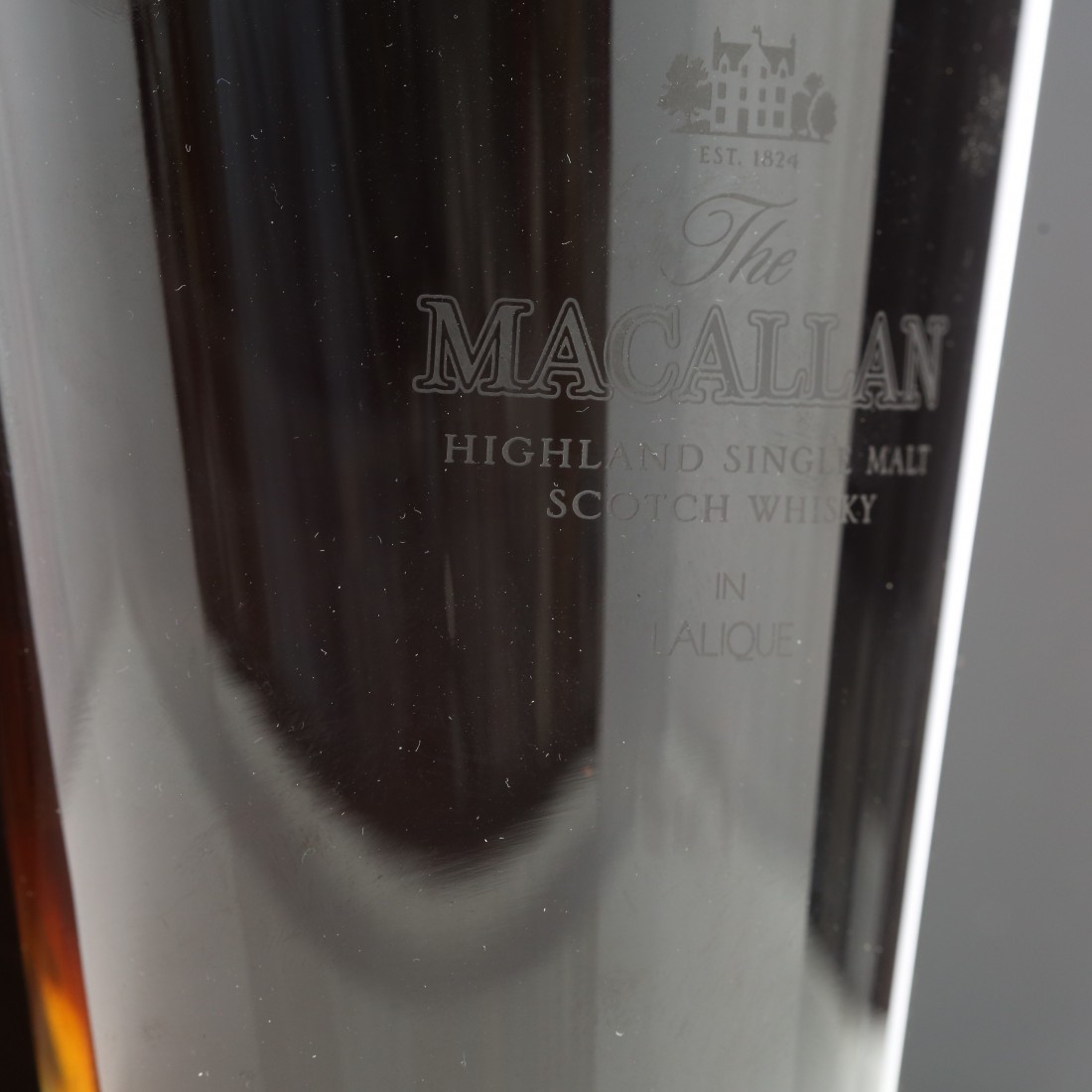 Released in 2009, this is the third decanter in a highly limited, exclusive Macallan collaboration with crystal makers, Lalique. The series is called The Six Pillars collection, and saw 6 decanters released over an eleven year period, each celebrating one of the six facets that Macallan believe set them apart from Scotland's other distilleries. The Macallan Six Pillars are: Exceptional Oak Casks, Spiritual Home, Curiously Small Stills, Finest Cut, Natural Colour and Peerless Spirit.

This decanter champions the "Finest Cut" pillar, and according to Macallan, their dedication to taking only the very best cut of their new make spirit is, "highlighted by the crystal maker’s perfume stilligoutte. The iconic “satiné” stopper points with a transparent edge to highlight the Finest Cut of The Macallan." 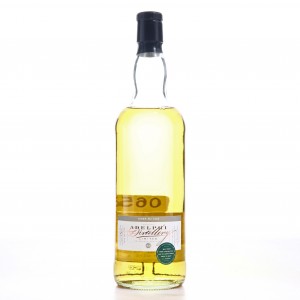 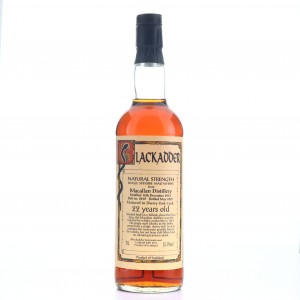 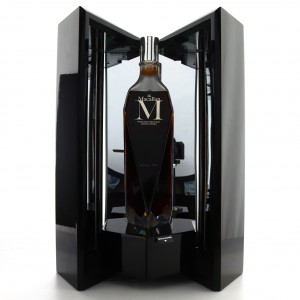 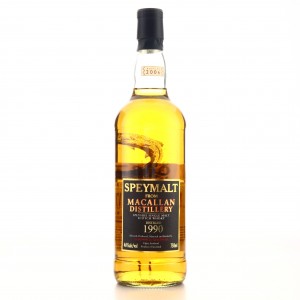