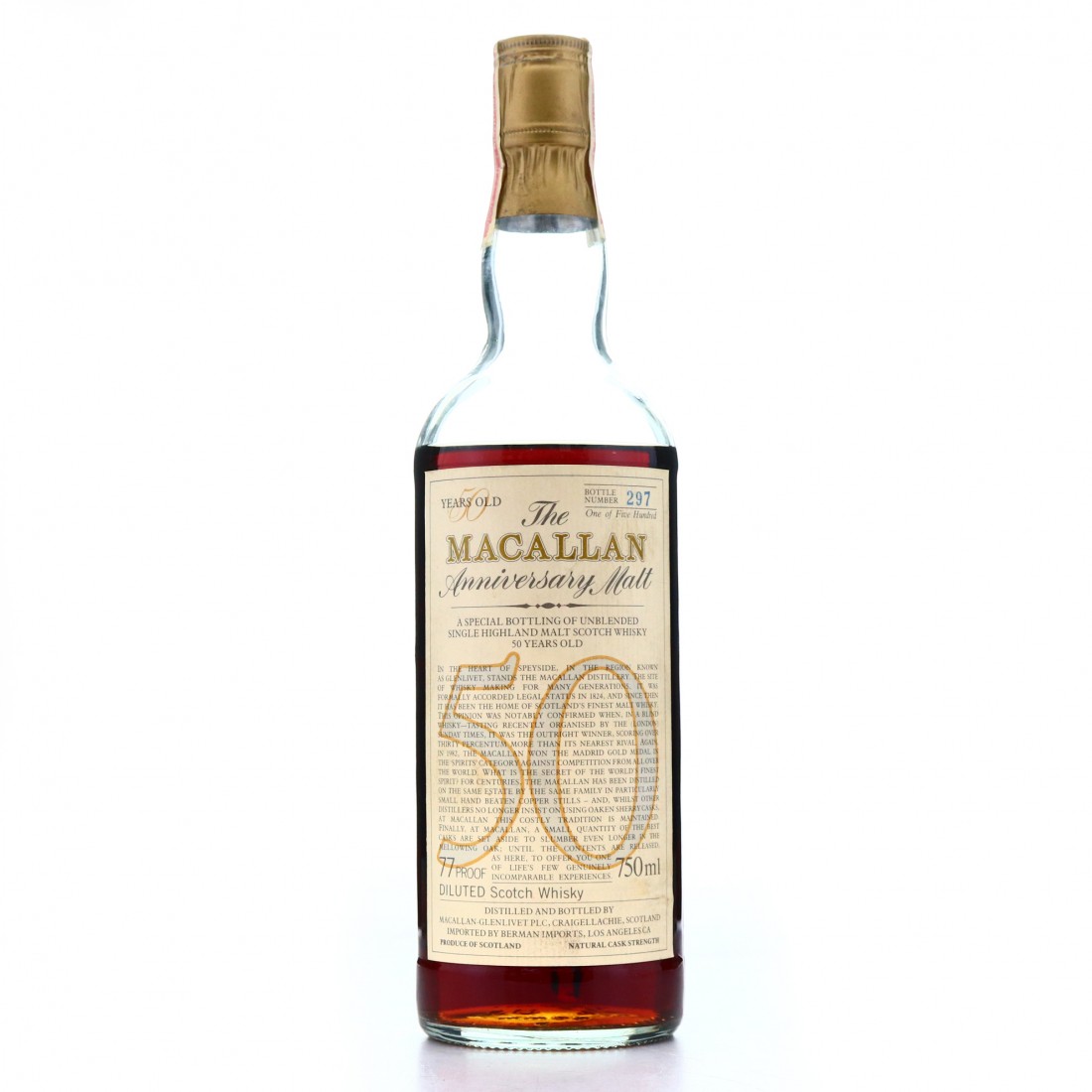 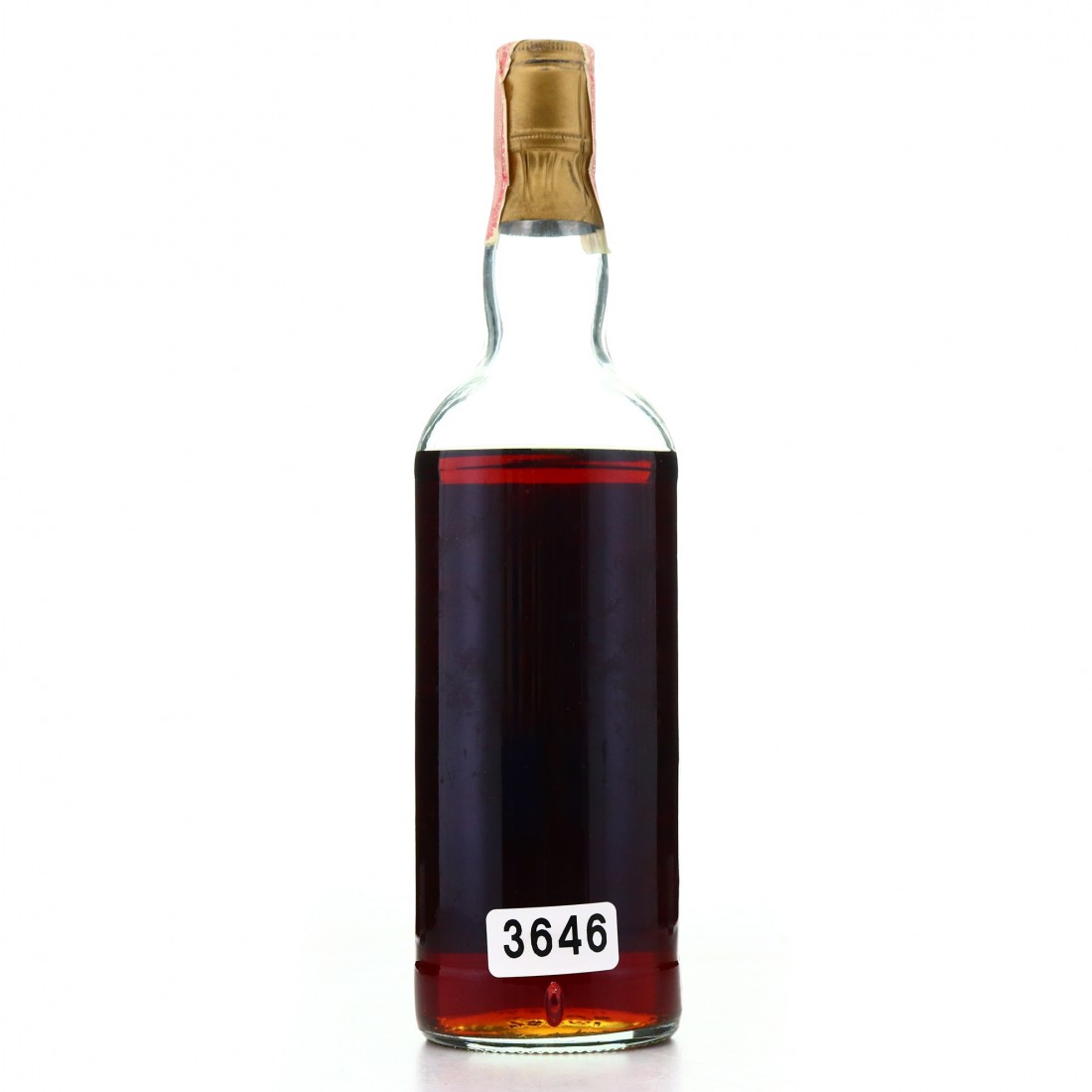 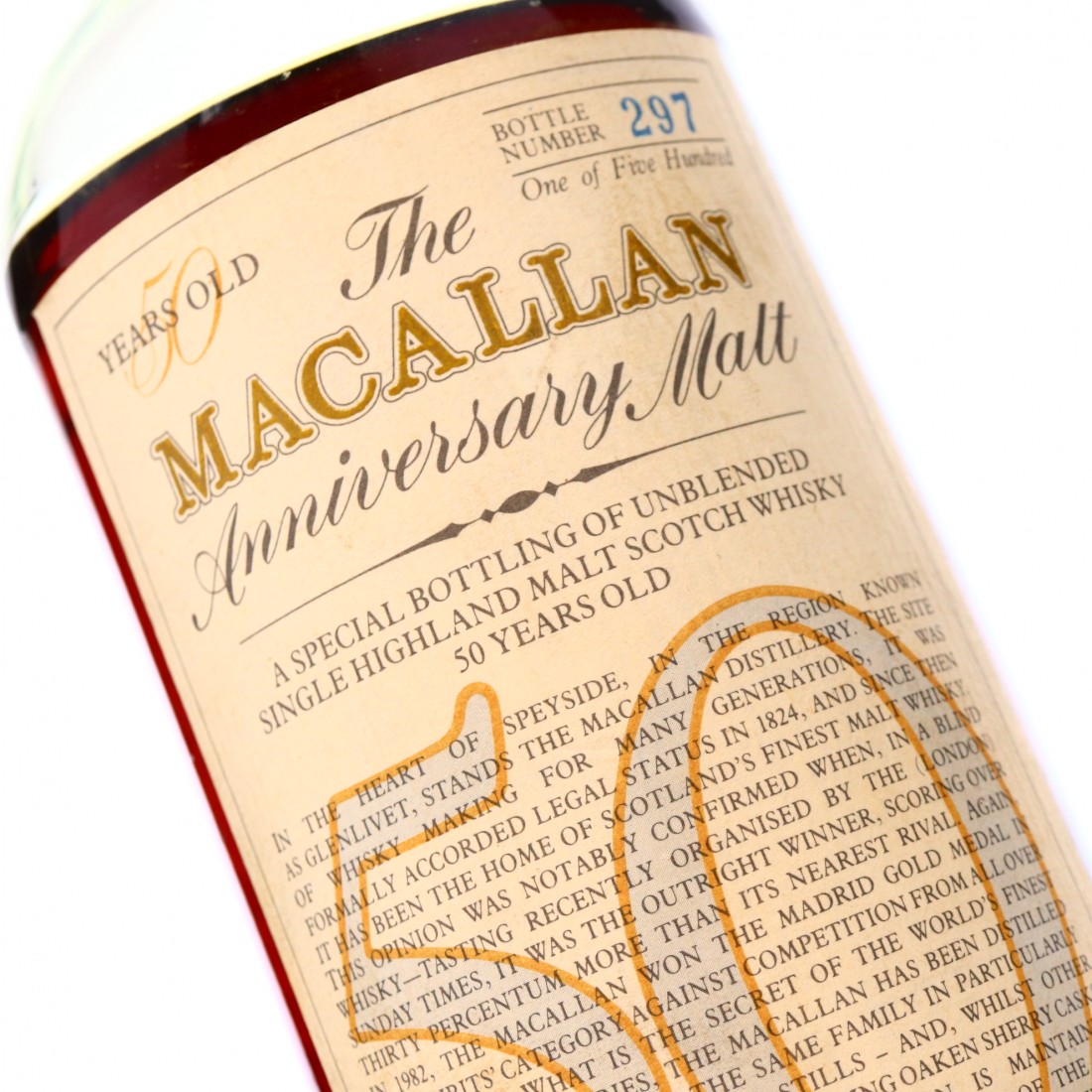 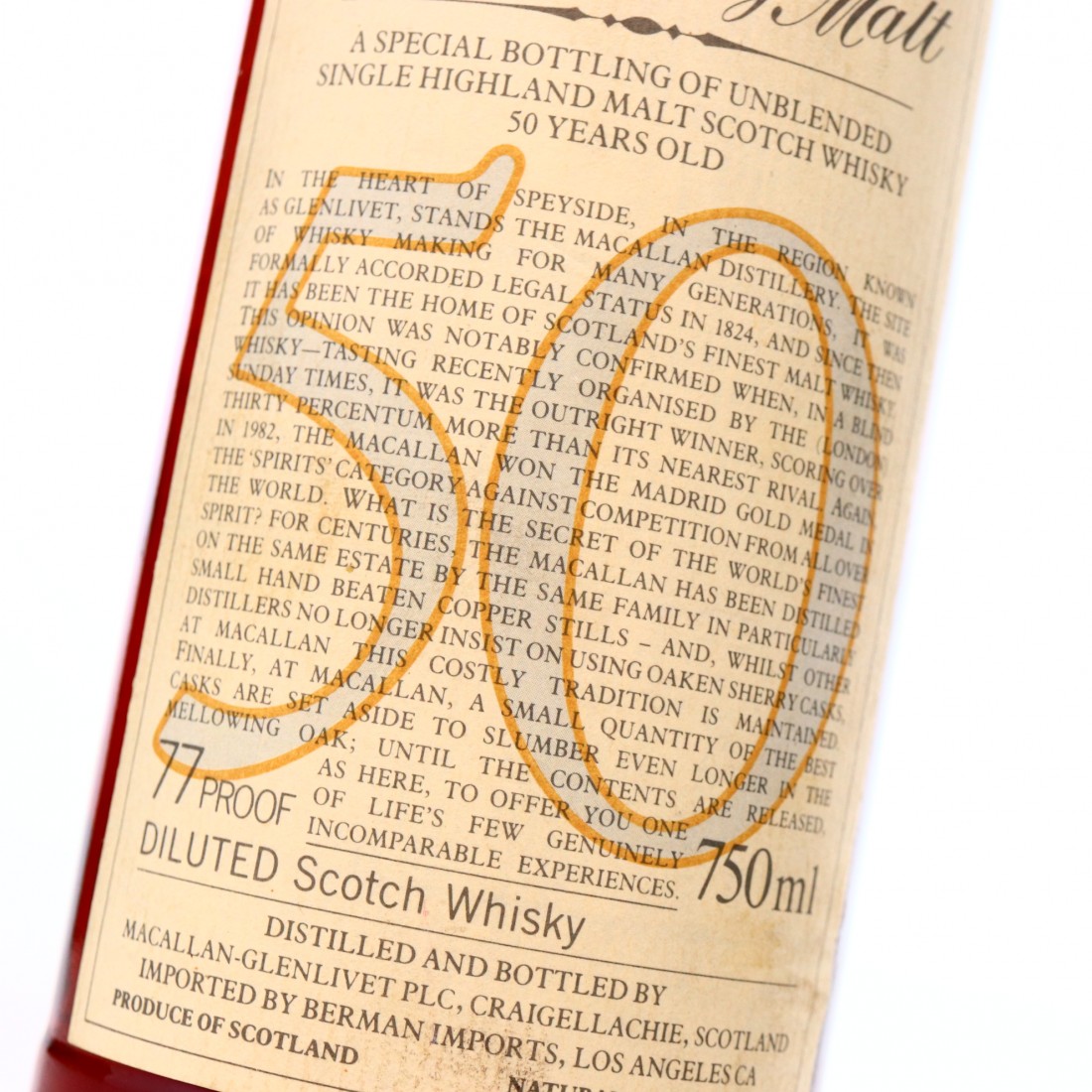 While Gordon & MacPhail had been producing well-aged single malts under official license from the distillery for many years, when Macallan took over responsibility for their own bottling in 1980, they immediately looked to introduce a regular premium bottling to their core range. This came in 1983, in the form of the Anniversary Malts, a series of vintage dated 25 year olds that were produced for two decades, and some of the most sought after now on the market. Even more so however, is this 50 year old, released in 1983 alongside the inaugural 25 year age-statement. Only 500 bottles were produced, and of those, incredibly few have ever come to market.

The Macallan 50 year old was born into a world of uncertainty. Distilled in 1928, the planet was only a decade removed from a war that had changed it forever, and just 10 more years away from another. Many distilleries across Scotland were forced to close their doors during these periods. Macallan, thankfully was never one of them, but was surely casting a nervous eye across the globe for much of the first half of that 50 year old’s life, secreting it away in their warehouses to quietly and peacefully mature as the world fell apart and was rebuilt around it.

The bottling of this release is testament to their optimism however, and it surely took a great deal of it to hold casks in bond for that period of time, most of which saw the single malt category viewed as largely unfashionable. This all changed in the 1960s however, when a blossoming demand for this type of whisky in Italy eventually began to spread across the world. By the 1980s, Macallan distillery was ready to commit to its single malt brand, entering into competition with the likes of Glenfiddich and Glenlivet. What better way to mark you arrival on the scene than with a spectacular release like this?

An iconic bottling, this was repeated for the first time in 2018 when a new 50 year old was released, evoking a similar sense of optimism to its predecessor. Macallan was now looking firmly into the future after opening their new distillery, but still casting a fond and reverential eye back to this for inspiration, one of its crowning achievements. 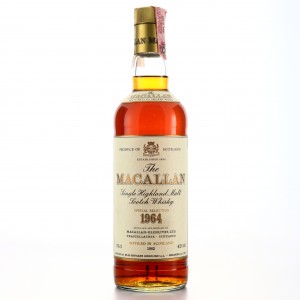 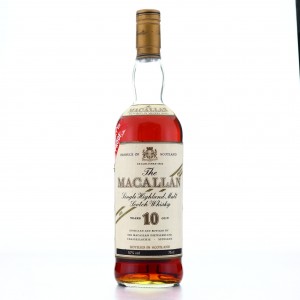 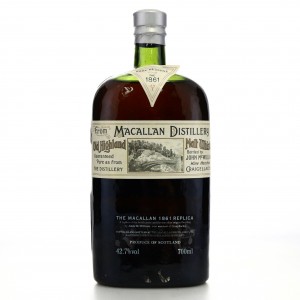 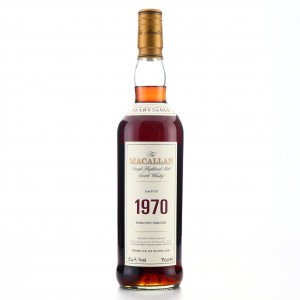