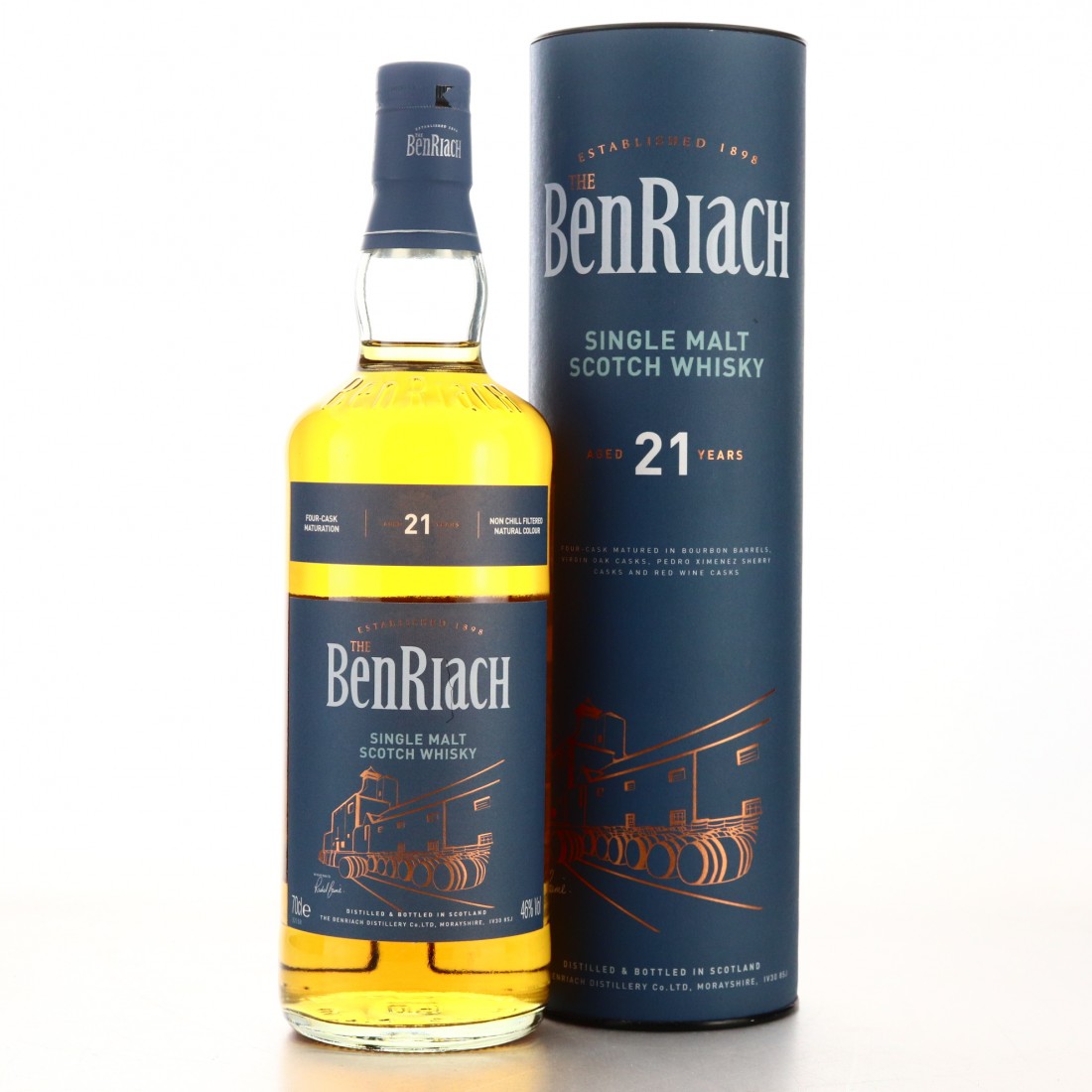 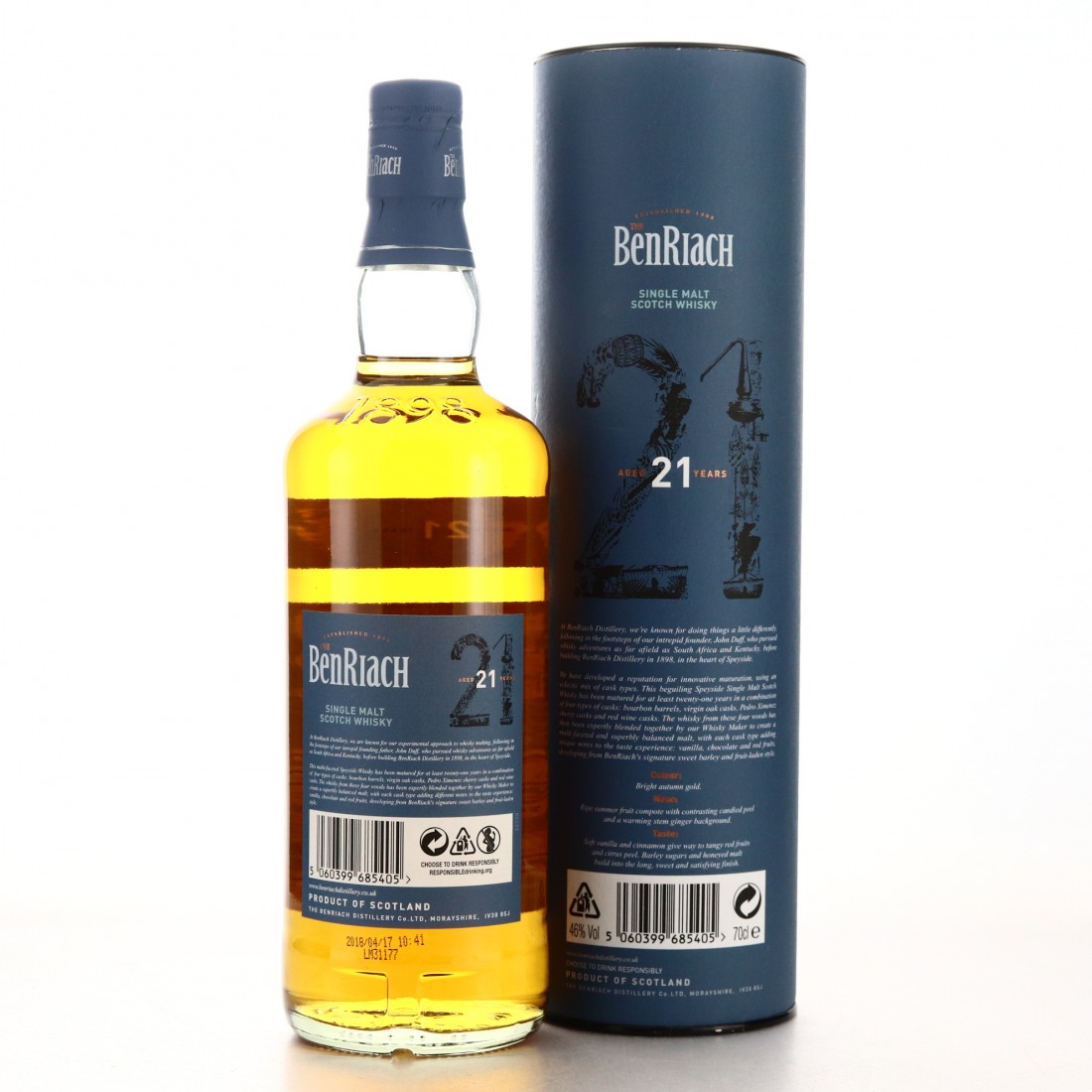 Benriach is a distillery with long-standing transatlantic connections. It was procured by Seagram in 1978, the former Canadian drinks empire, and is now in the hands of the Brown-Forman corporation, via Billy Walker who rescued it from a brief mothballing in 2002. Walker bottled some of the peated whisky that Seagram had begun producing there for its blends in 1983, and the positive reaction to these means the distillery now produces both a peated and unpeated single malt. Benriach is one of only seven distilleries in Scotland to still operate its own in-house floor maltings

Launched in 2019, this is a 21 year old, continuing their tradition of new and interesting barrel treatments. This has been matured in a combination of bourbon, virgin oak, Pedro Ximenez sherry and red wine casks.