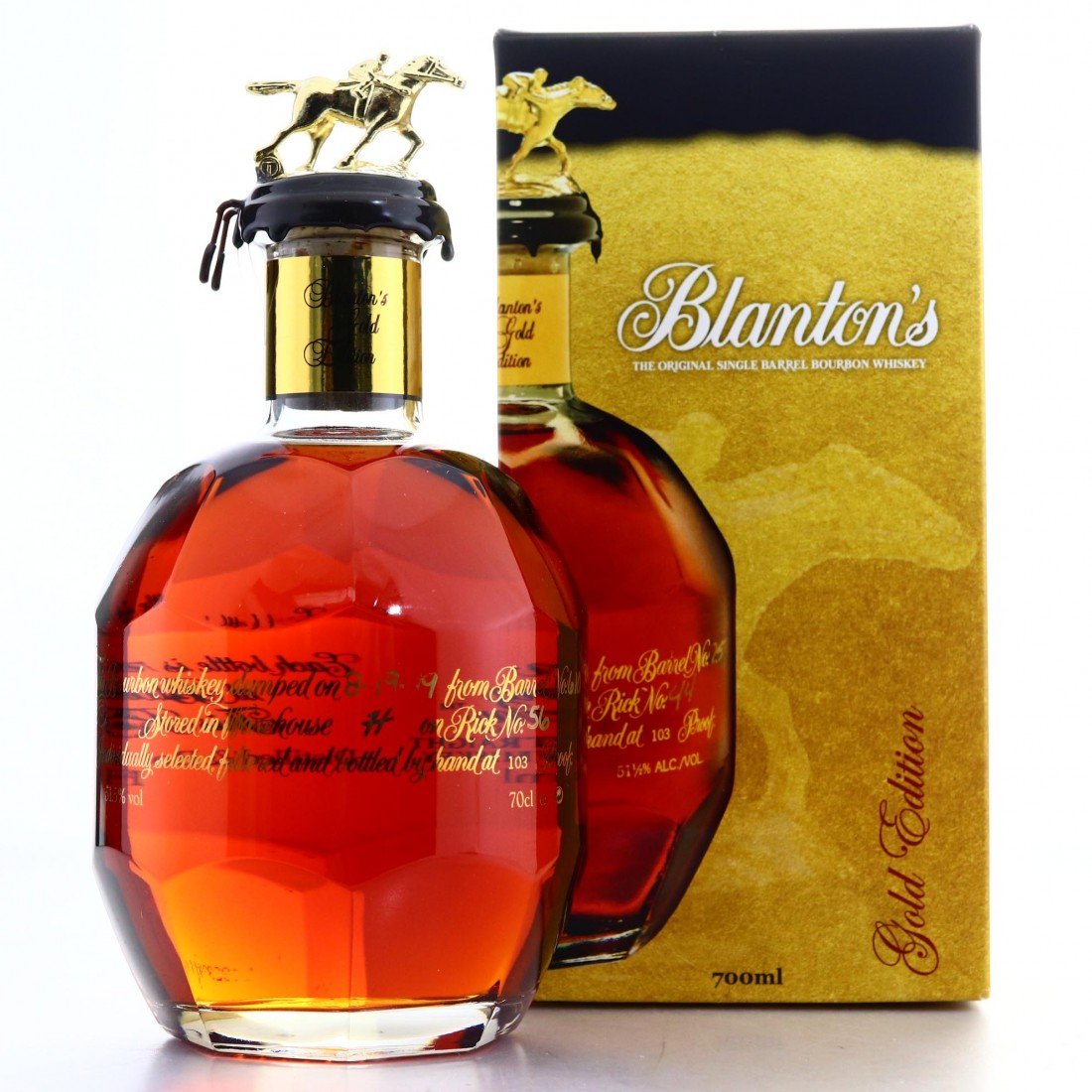 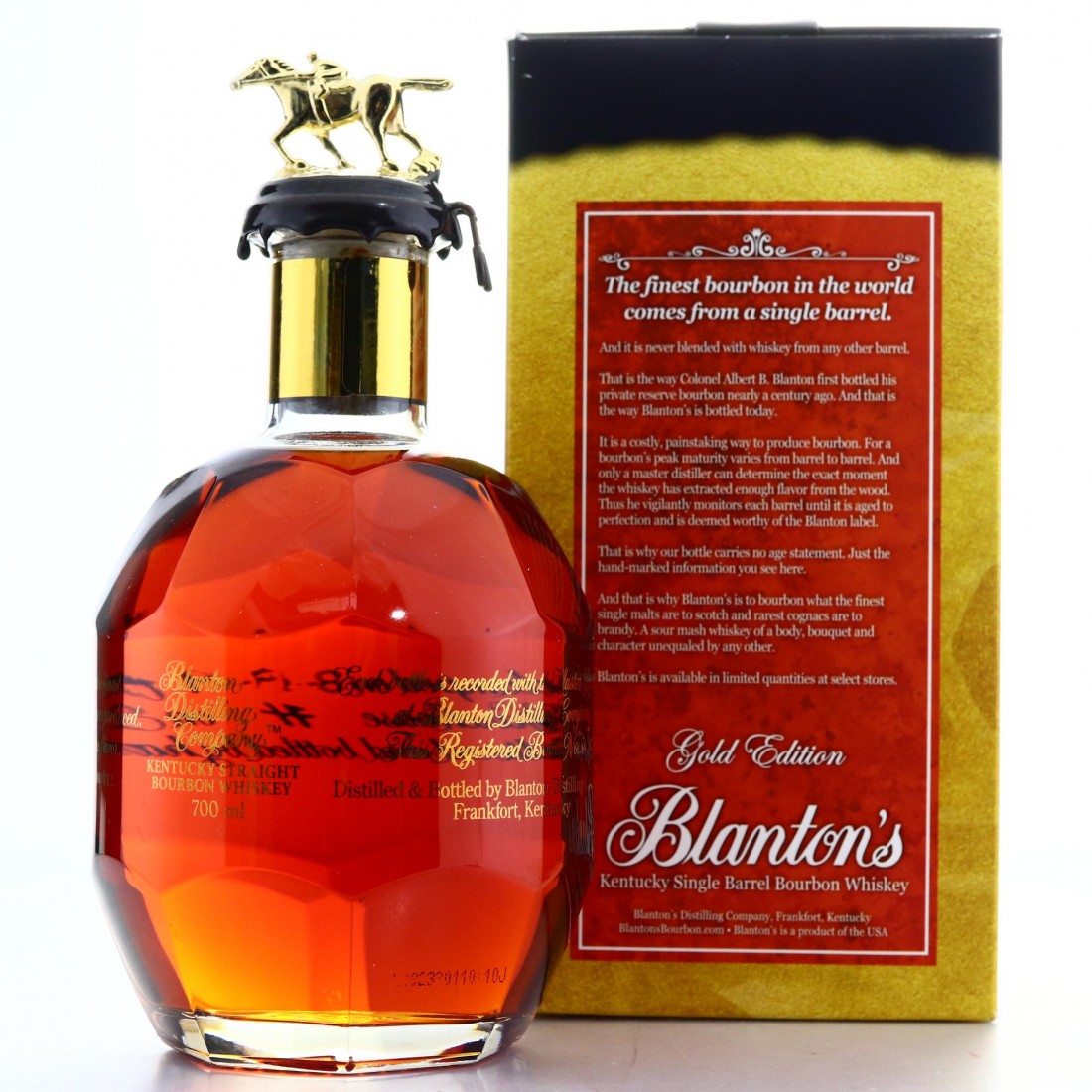 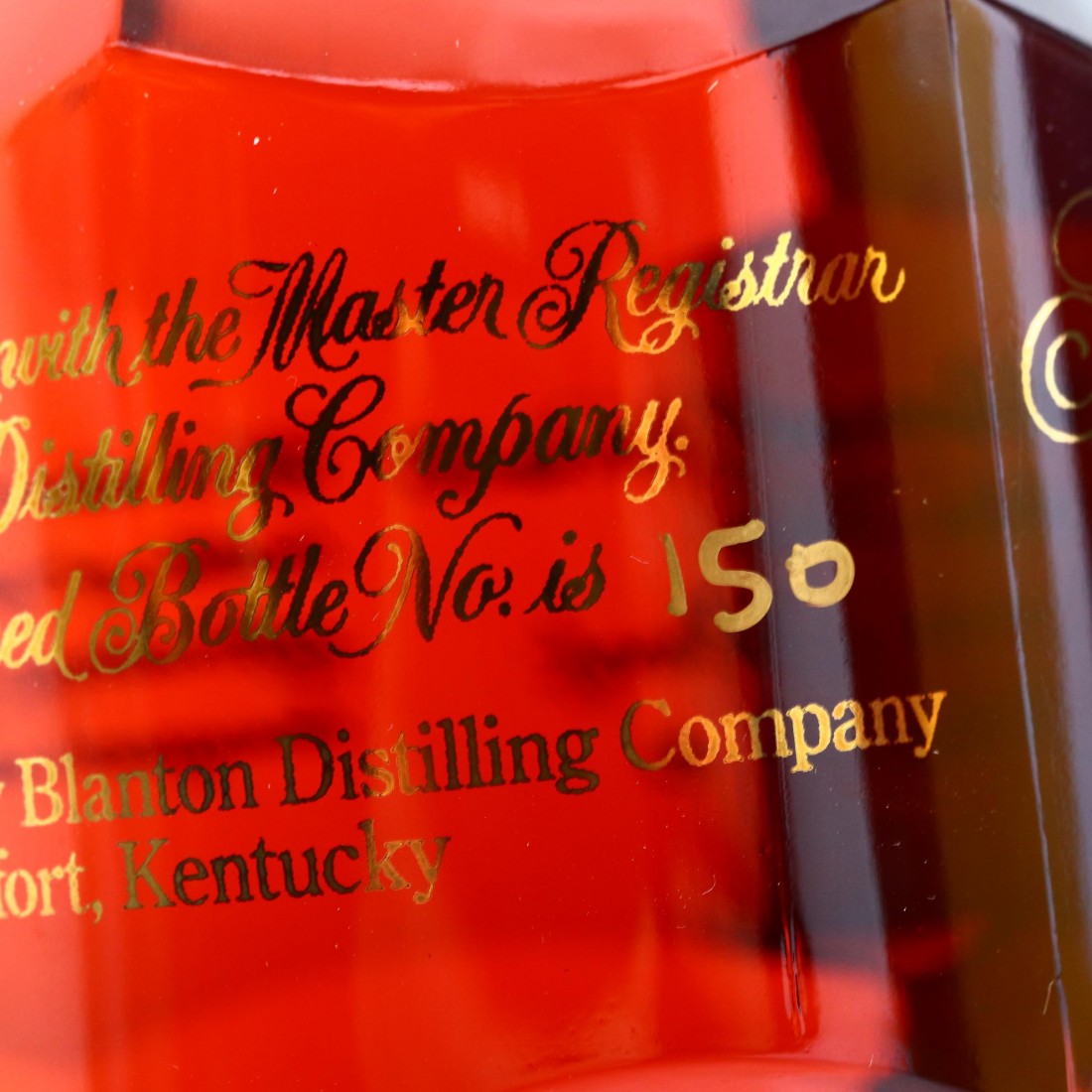 This Gold Edition was dumped on 19th August 2019 and is bottled at the slightly higher 103 US proof.

Drawn from single barrel #610 which was stored on rick number 56.

Since 1999, each bottle of Blanton's has one of 8 different stoppers, each depicting a horse and jockey at a different stage of finishing a race. The designs are all lettered so that a complete set laid out side by side will spell "BLANTONS".