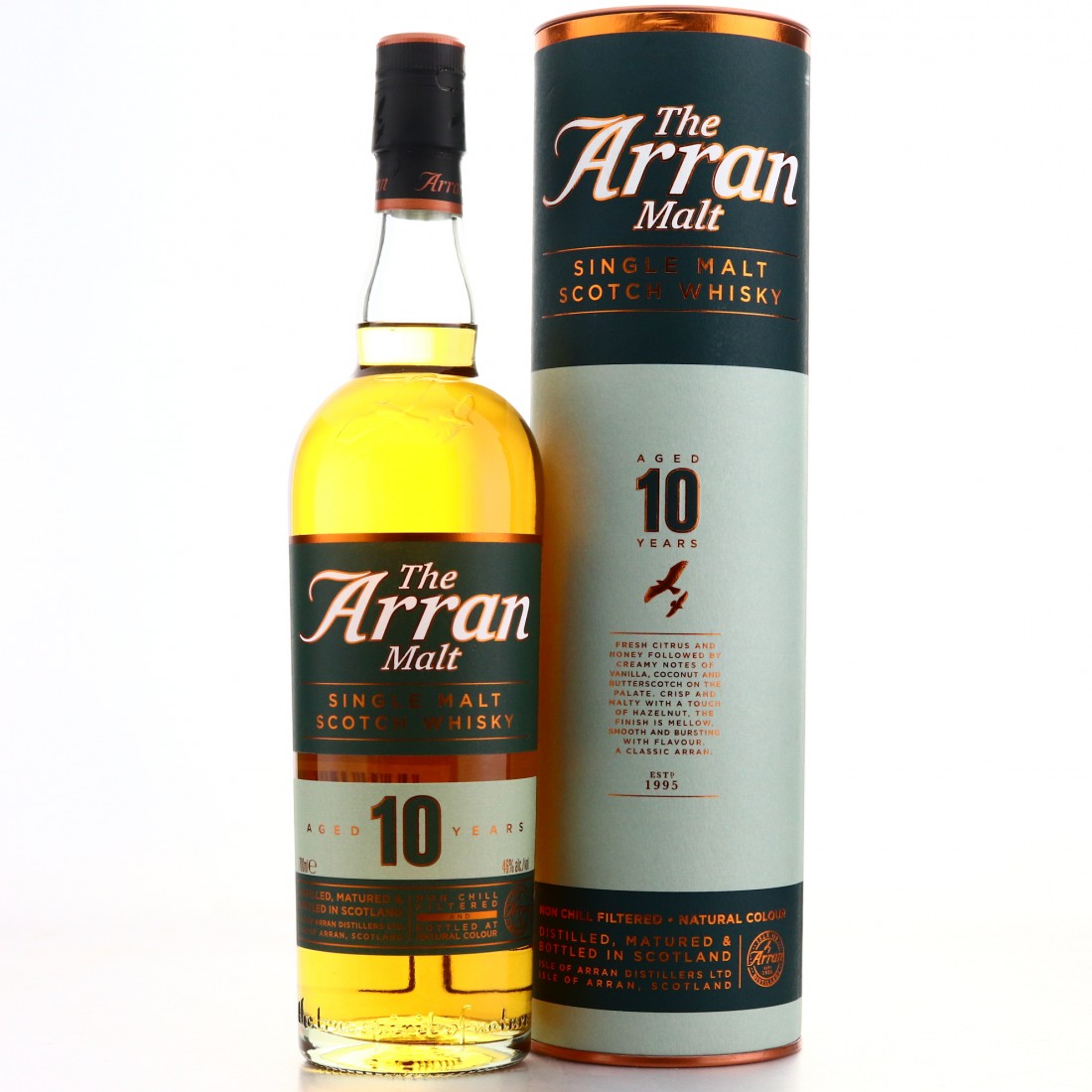 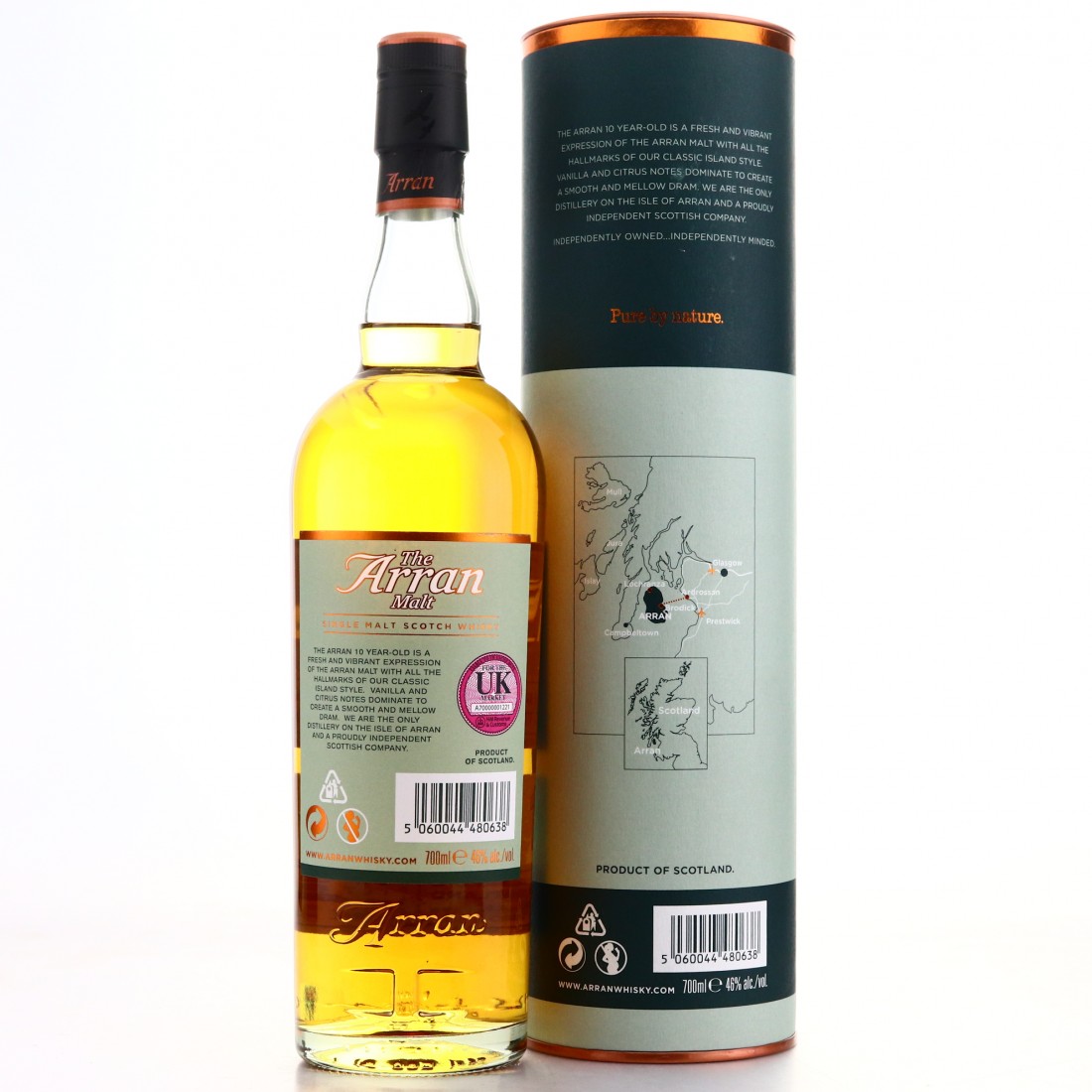 Although the Isle of Arran was once a hot-bed of distilling activity, there were no distilleries on the island for the majority of the 19th and 20th centuries. Arran distillery opened in 1995, and quickly became a firm favourite. They bottled their first single malt in 1998, a limited edition 3 year old in a glass decanter. Today the distillery also produces a peated single malt called Machrie Moor, and their parent company have opened a second distillery called Lagg on the other side of the island.

The Arran 10 year old was officially launched in 2006 and remains part of the core range to this day.