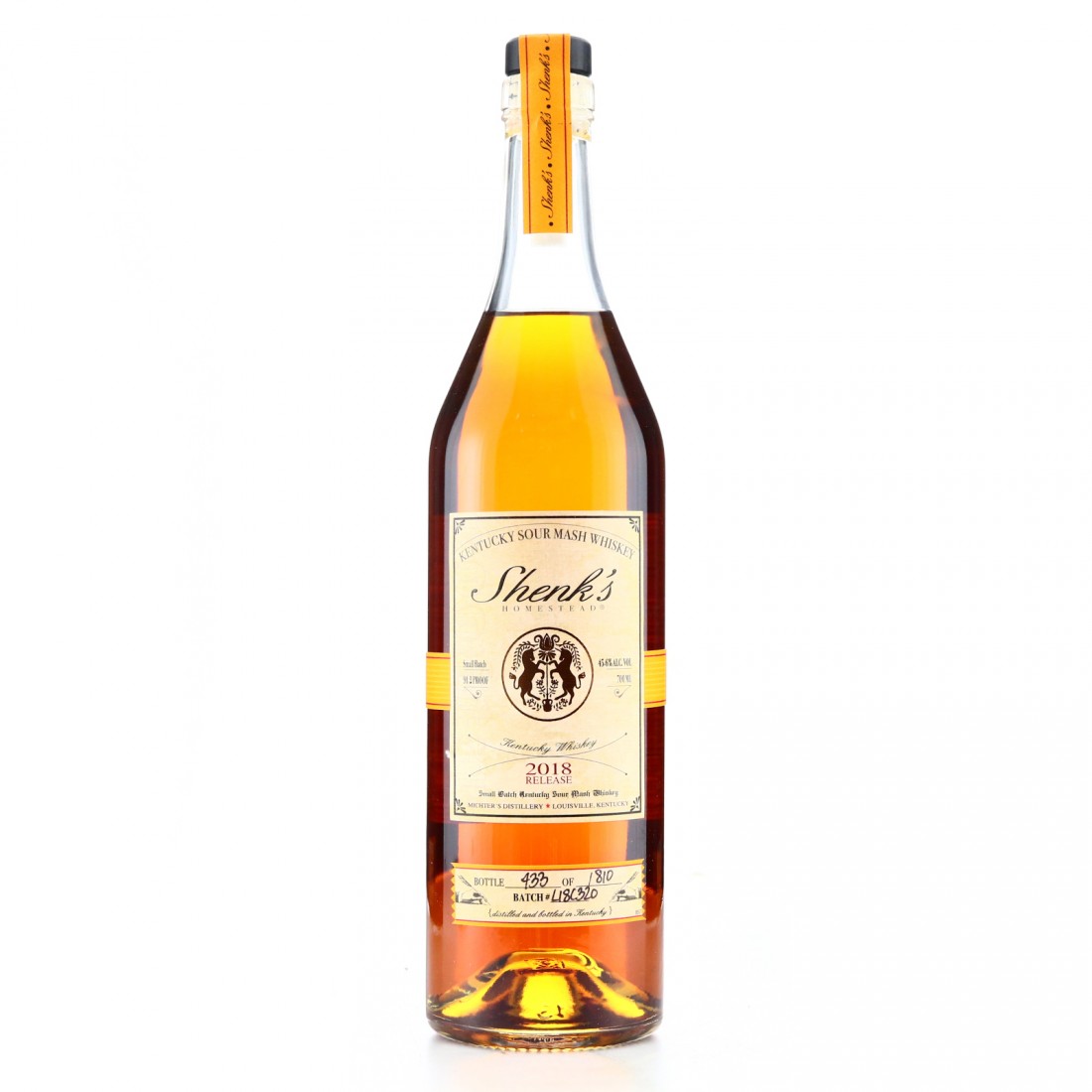 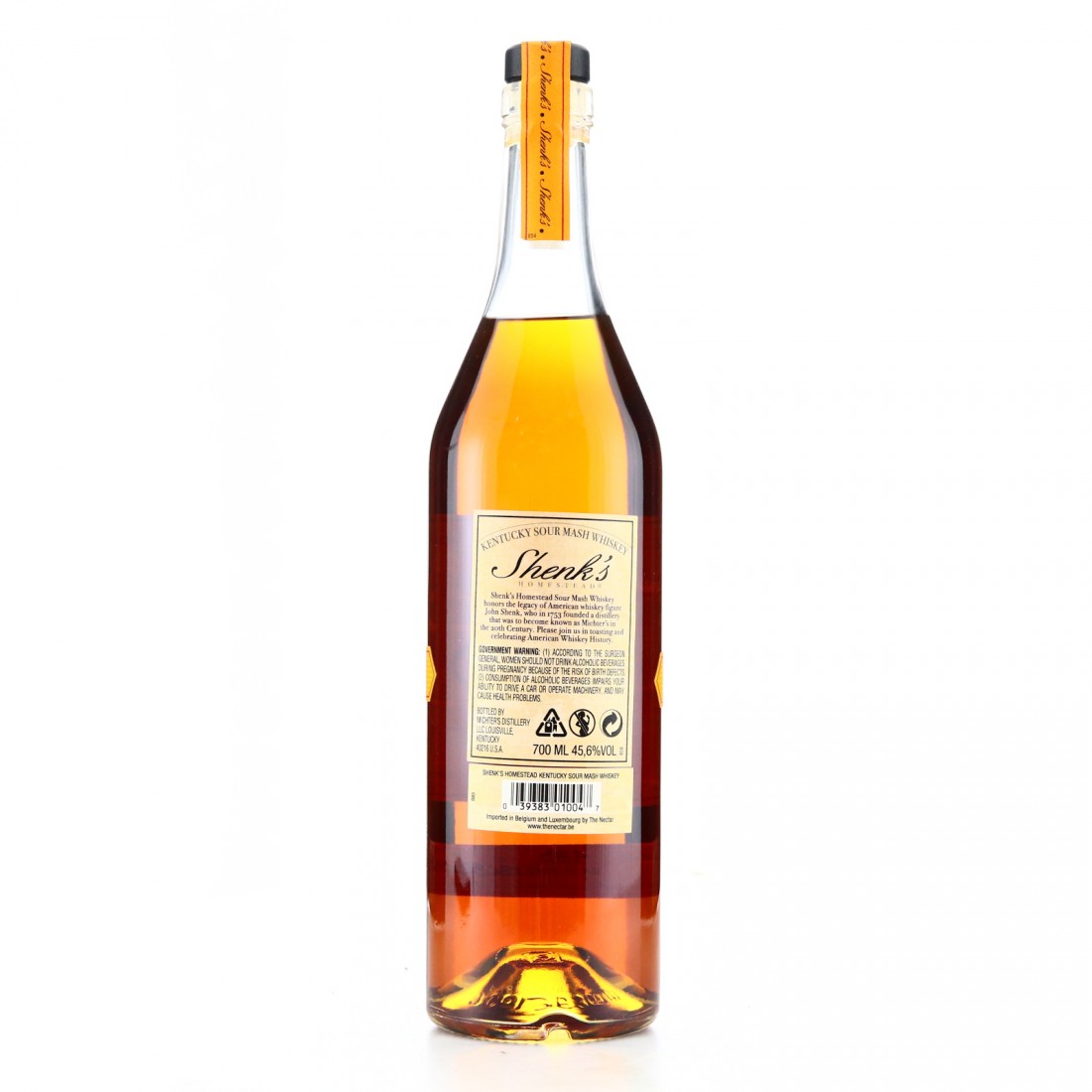 Shenk's Homestead sour mash whiskey honours the legacy of historic American whiskey figure John Shenk, who in 1753 foundered a distillery that was to become known as Michter's in the 20th Century. It is made in Kentucky according to the traditional sour mash process whereby a portion of the previously distilled whiskey mash is added into the next batch.