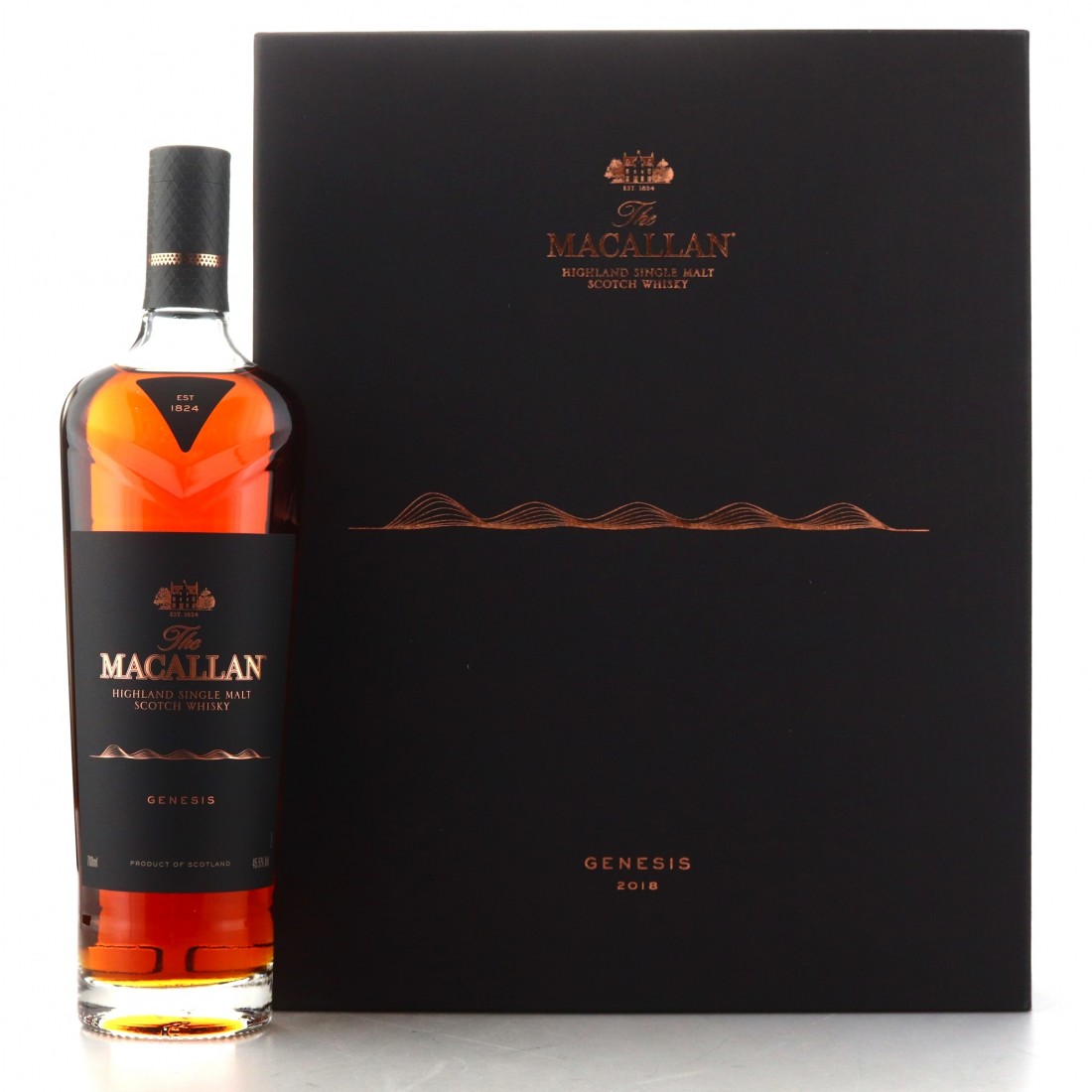 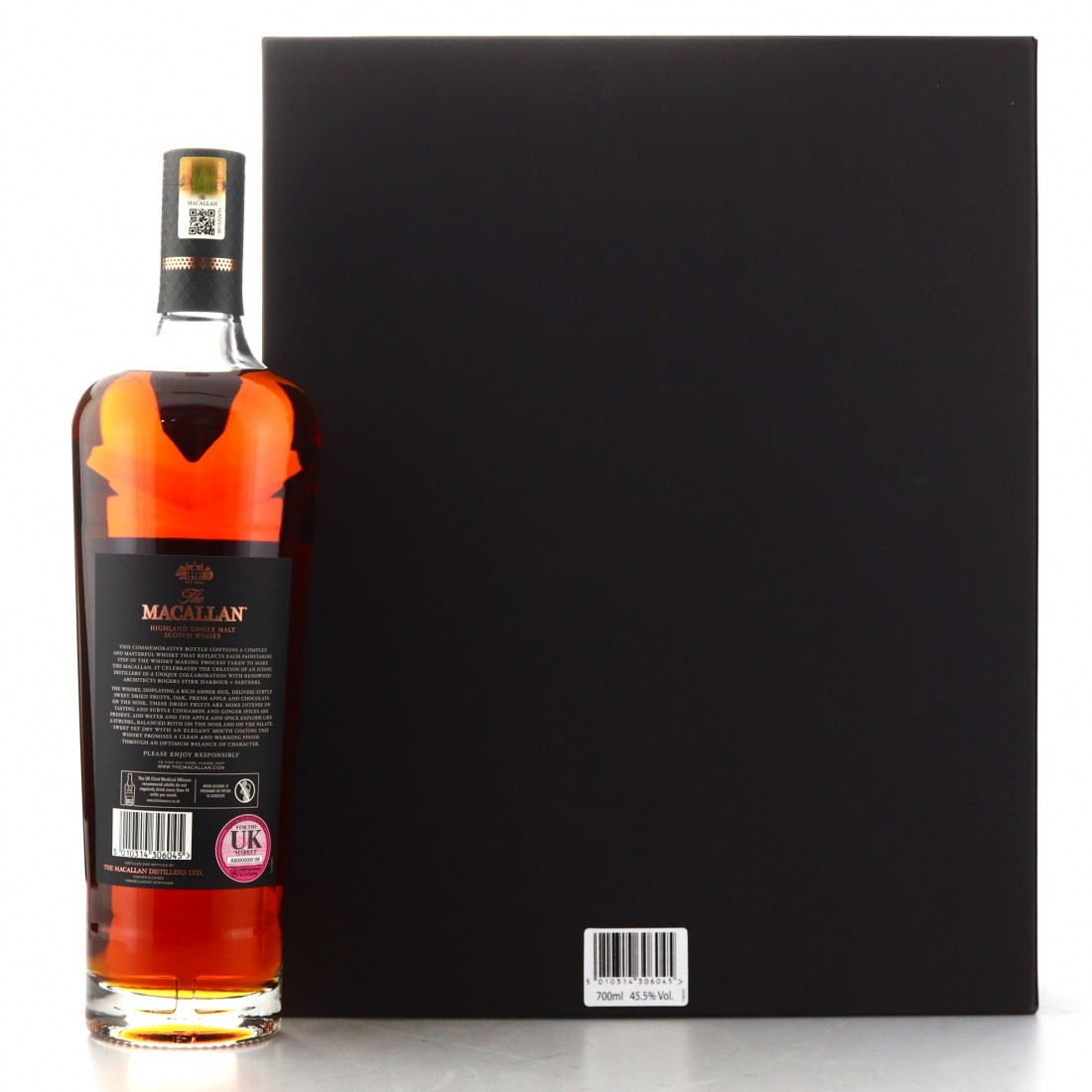 Genesis is a special and highly limited release from the recently revamped Macallan distillery. Released in August 2018, the special edition bottling commemorates the unveiling of the brand new Macallan distillery just two months prior.

A collaboration with Rogers Stirk Harbour & Partners, who were the architectural firm behind the impressive new Macallan premises, the bottle celebrates their design process. Each bottle comes complete with a signed lithographic print depicting and elevation of the building. The print was apparently produced on one of the only two map printing presses in the UK, using cotton paper from the Magnani paper mill in Chiesina Uzzanese, Italy. The quality is such that these are said to "never degrade," and will last as long as any unopened bottle!

One of only 2500 bottles available from the Macallan distillery, and select duty free retail in the far east.