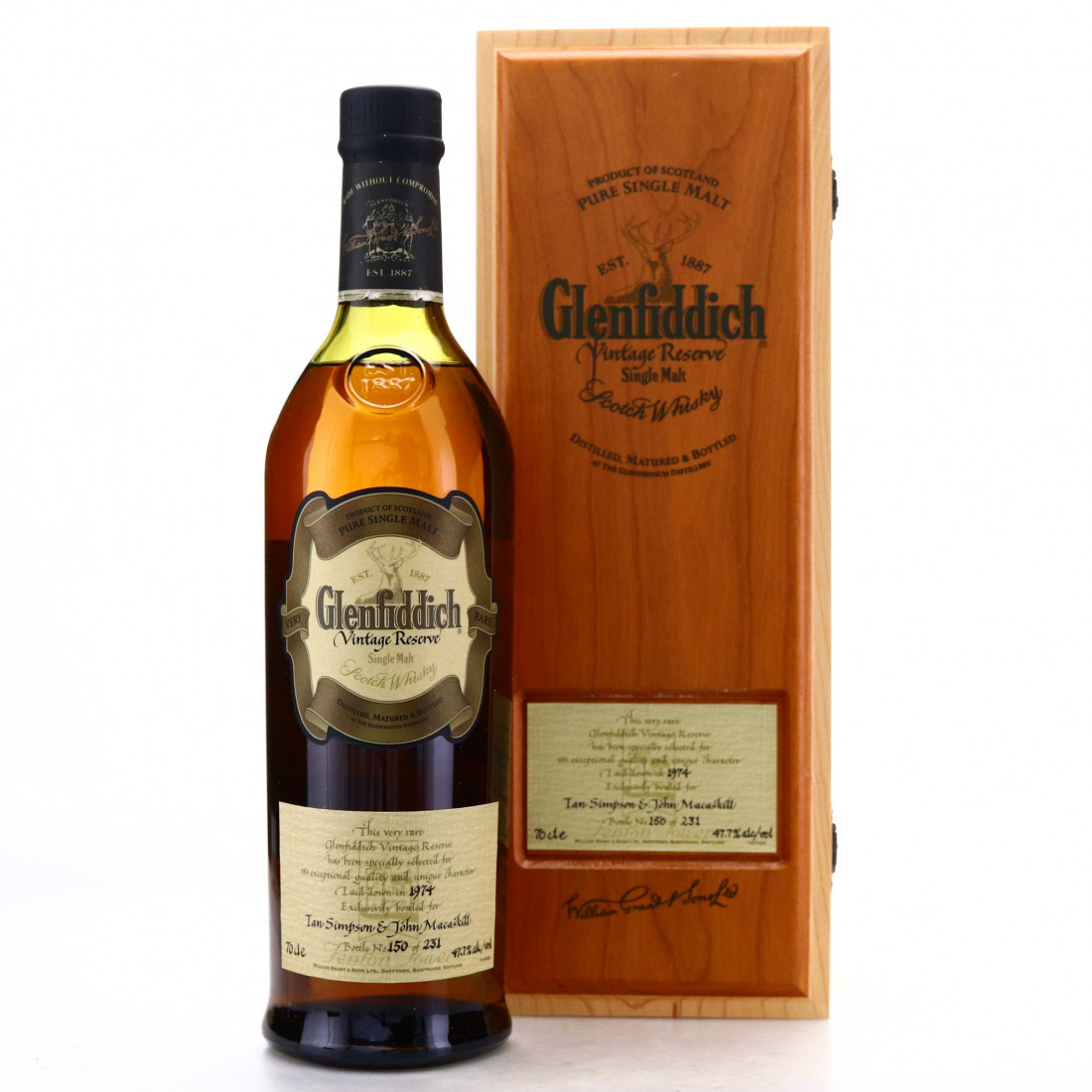 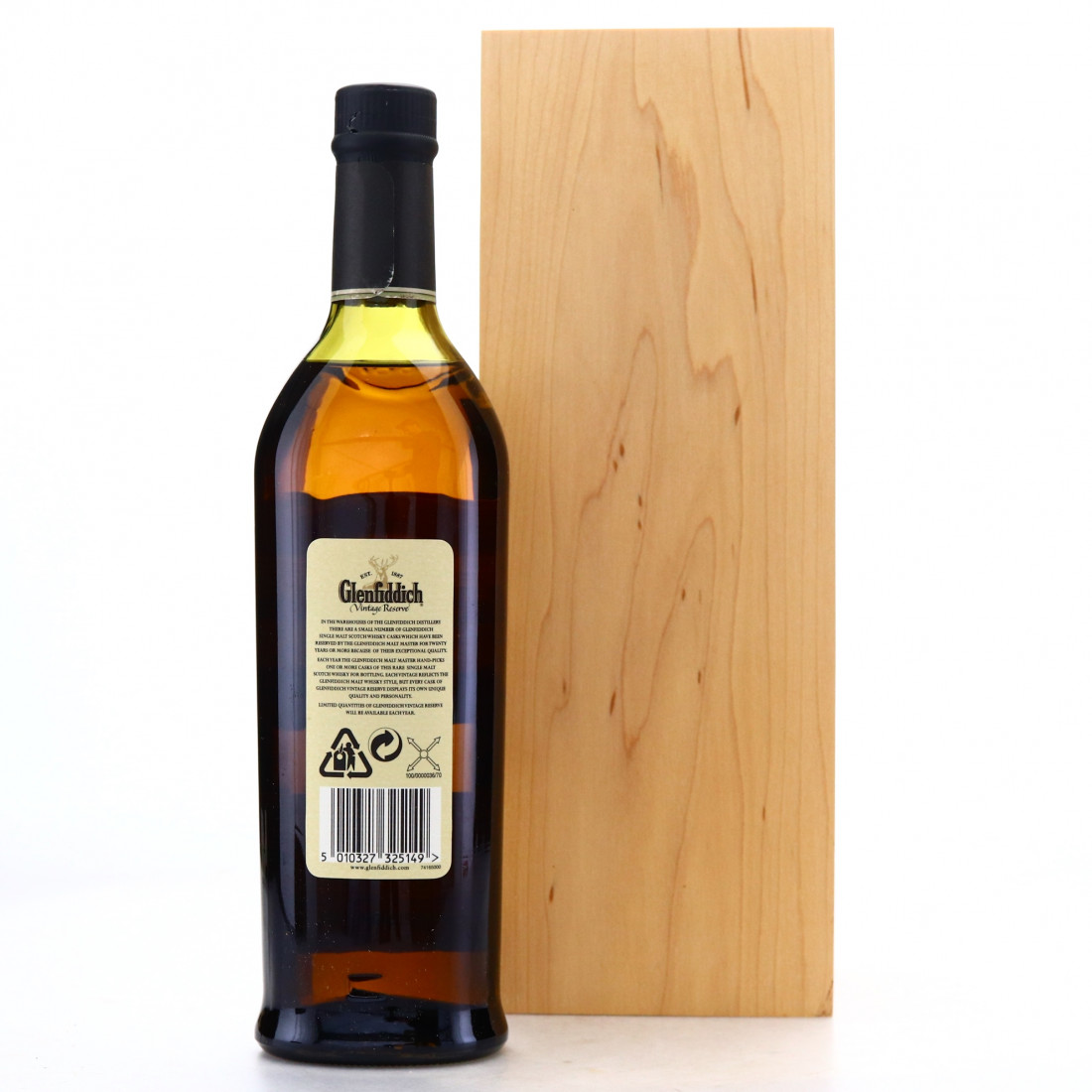 Although bearing the label of the Vintage Reserve collection, this was actually the first ever Private Vintage bottling from Glenfiddich, a selection of single cask bottlings produced between 2001 and 2008. Each cask was exclusively selected for and bottled for a variety of private parties and whisky retailers.

Cask #38231 had been donated to charity by Sandy Grant Gordon in his capacity as patron for the Museum of Scotland in the US. It was then purchased at auction by Ian Simpson and John Macaskill of Fenton Tower, a hotel in North Berwick, East Lothian.