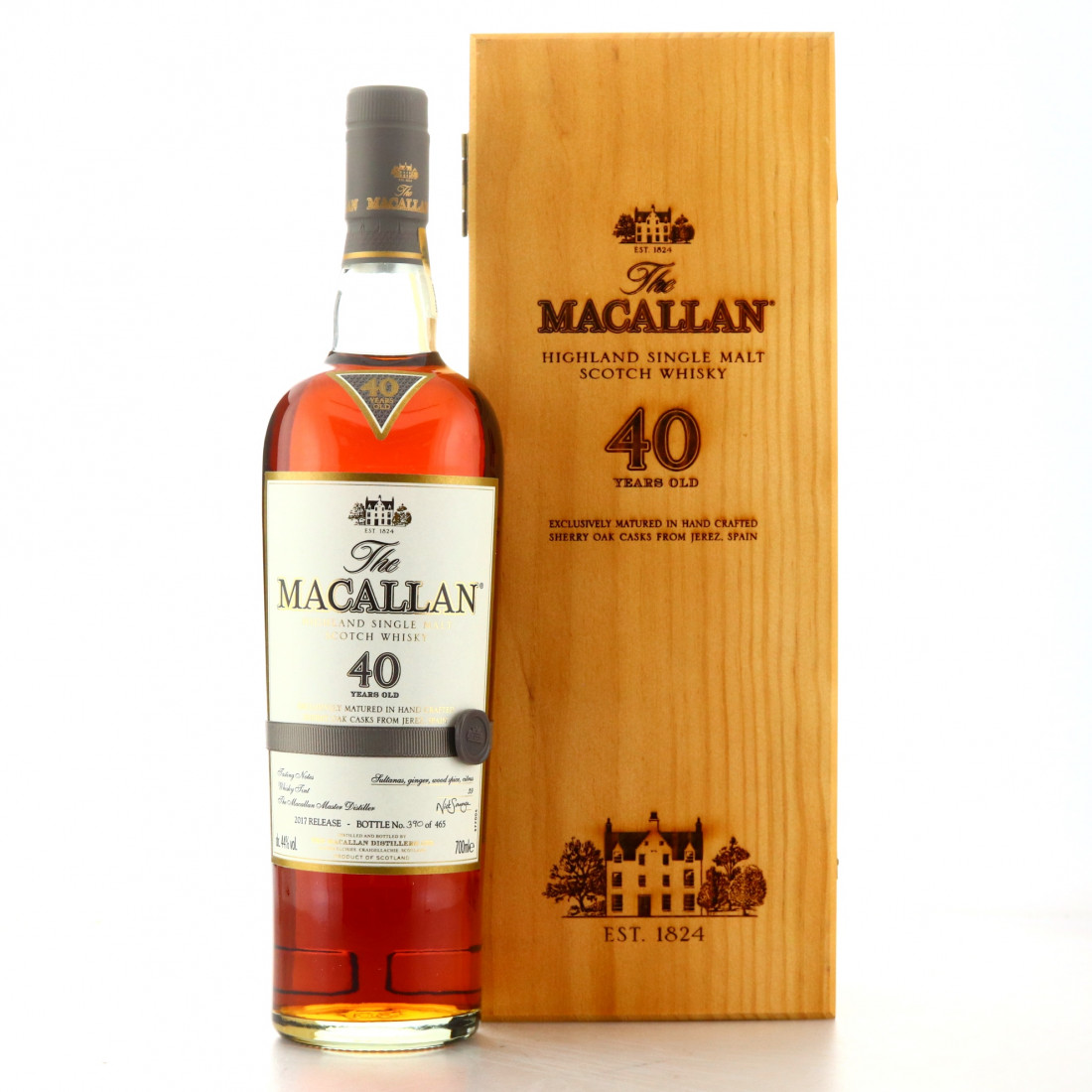 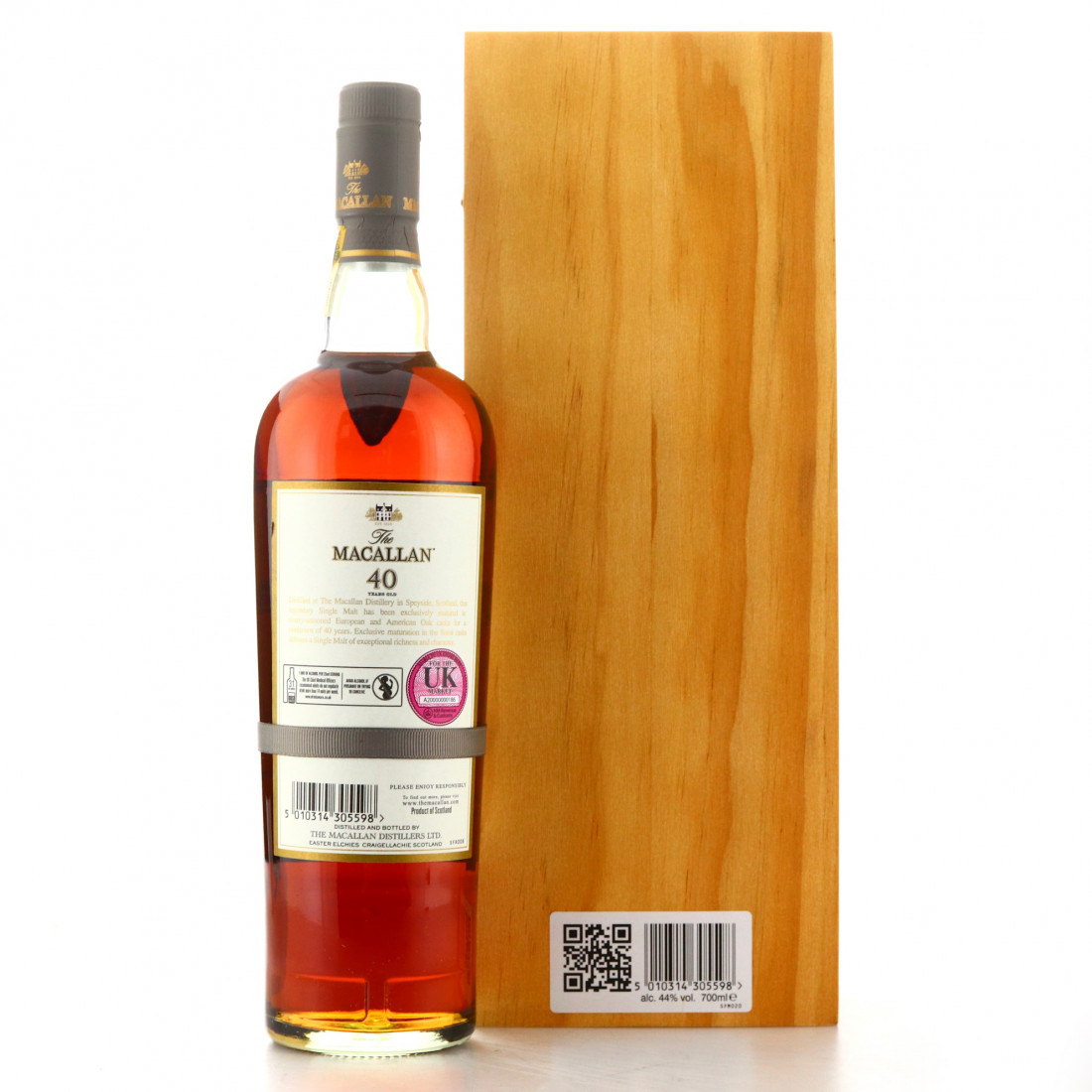 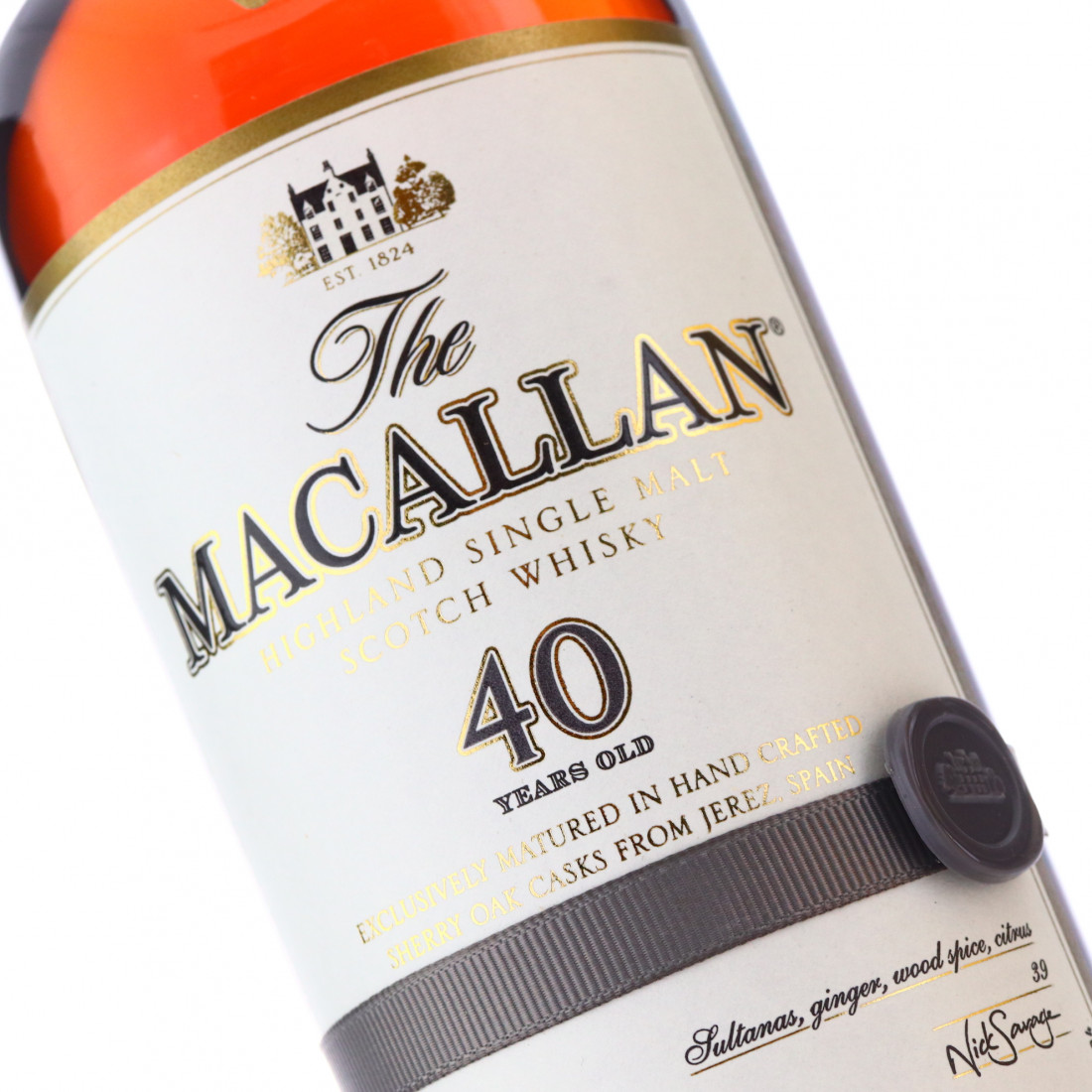 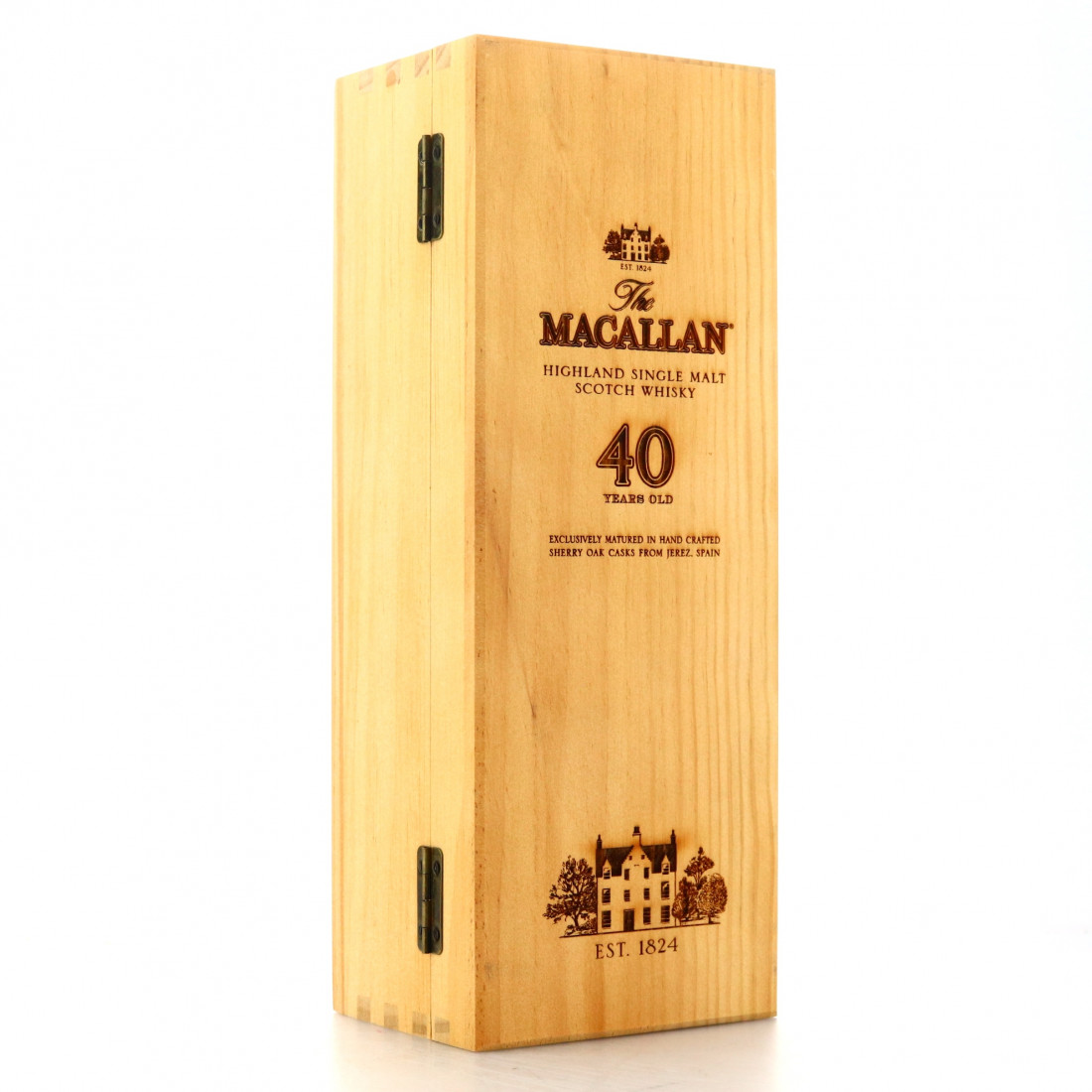 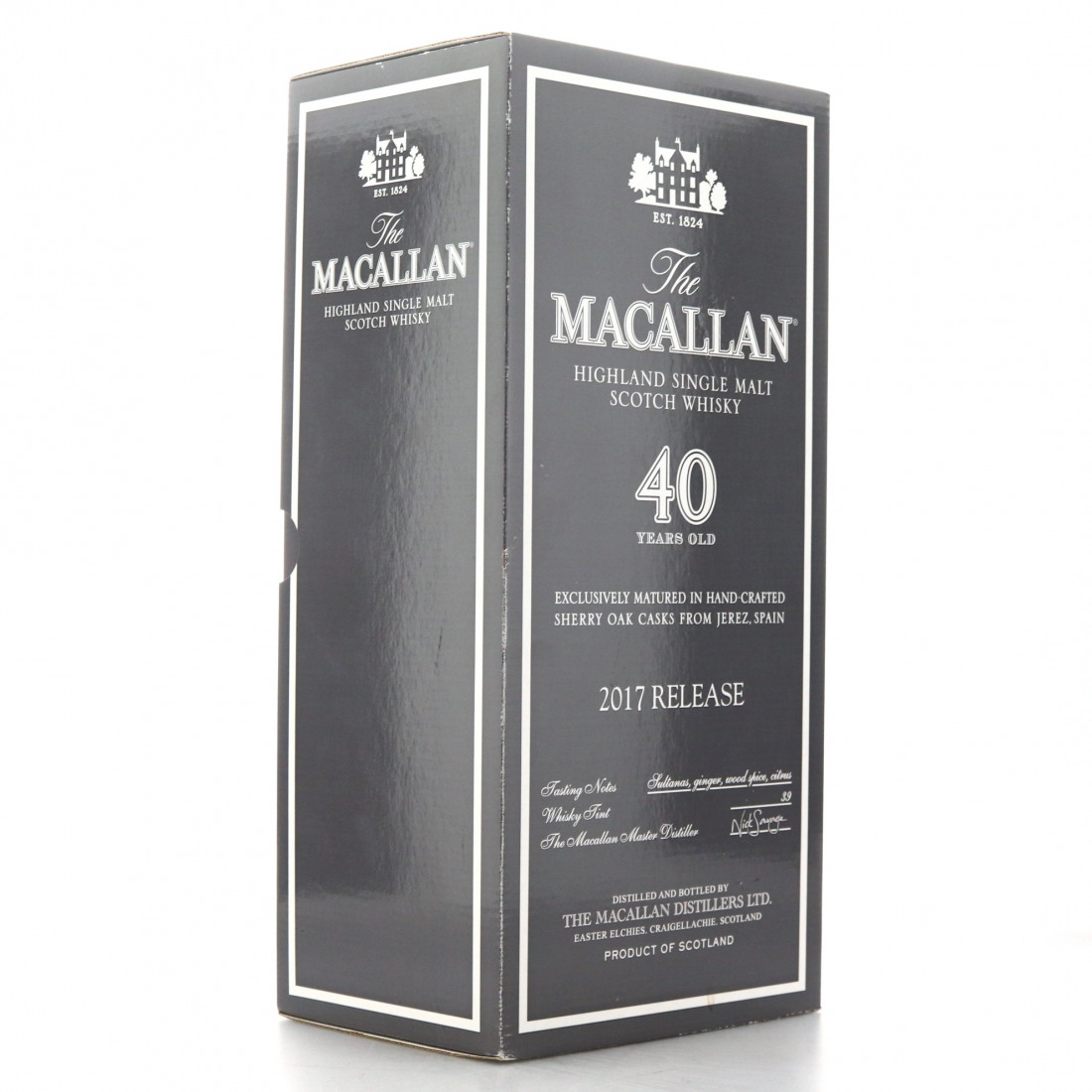 The highly anticipated annual release of the Macallan 40 Year Old. This is the 2017 bottling, featuring the Whisky Tint numbers introduced by Bob Dalgarno to highlight the natural colour of Macallan (the fifth of their Six Pillars), and the cornerstone of the 1824 Series which was produced from 2012 to 2018. 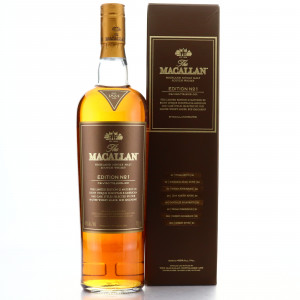 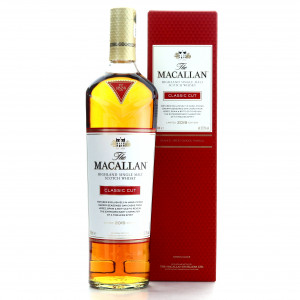 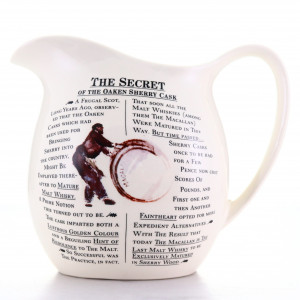 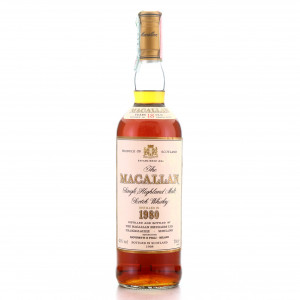