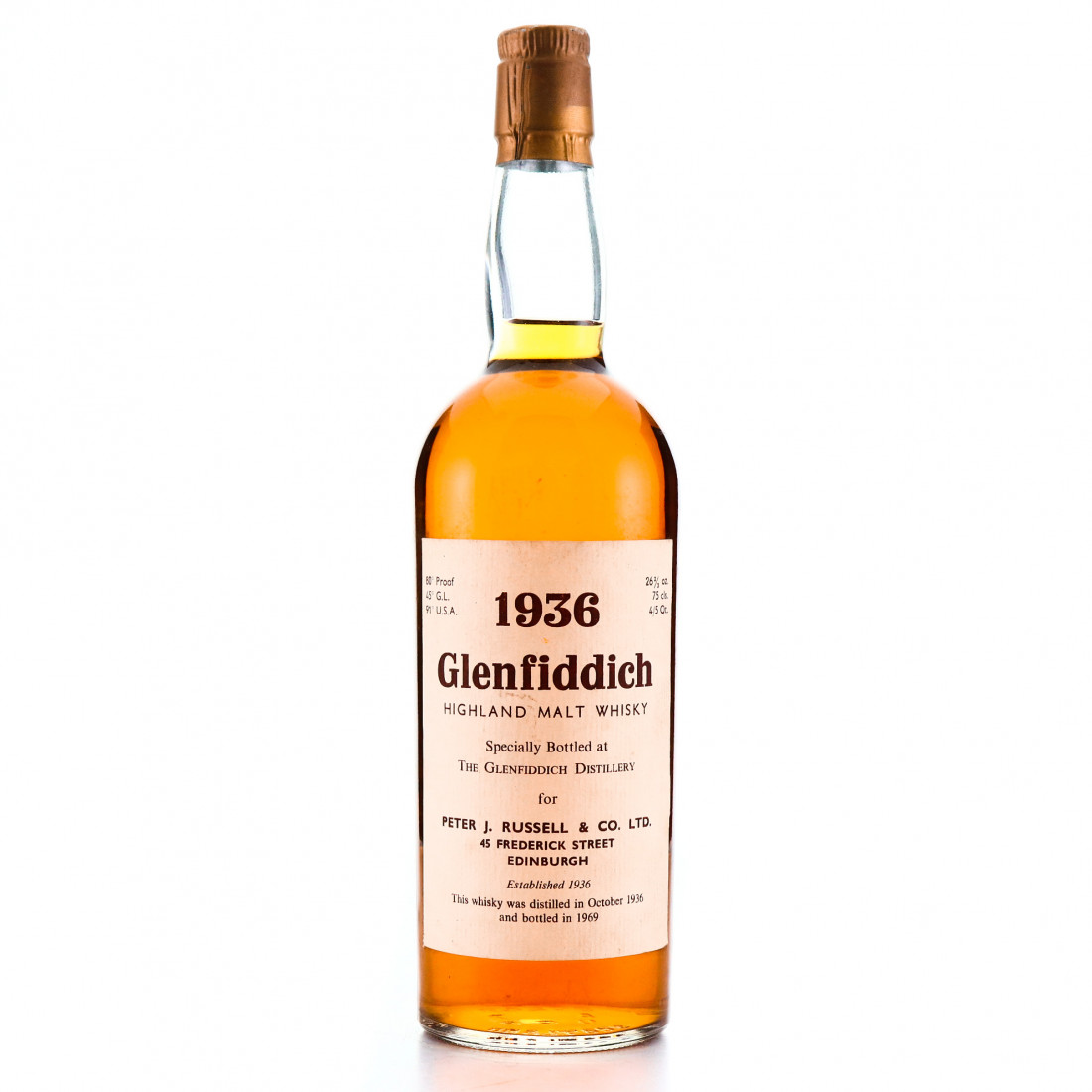 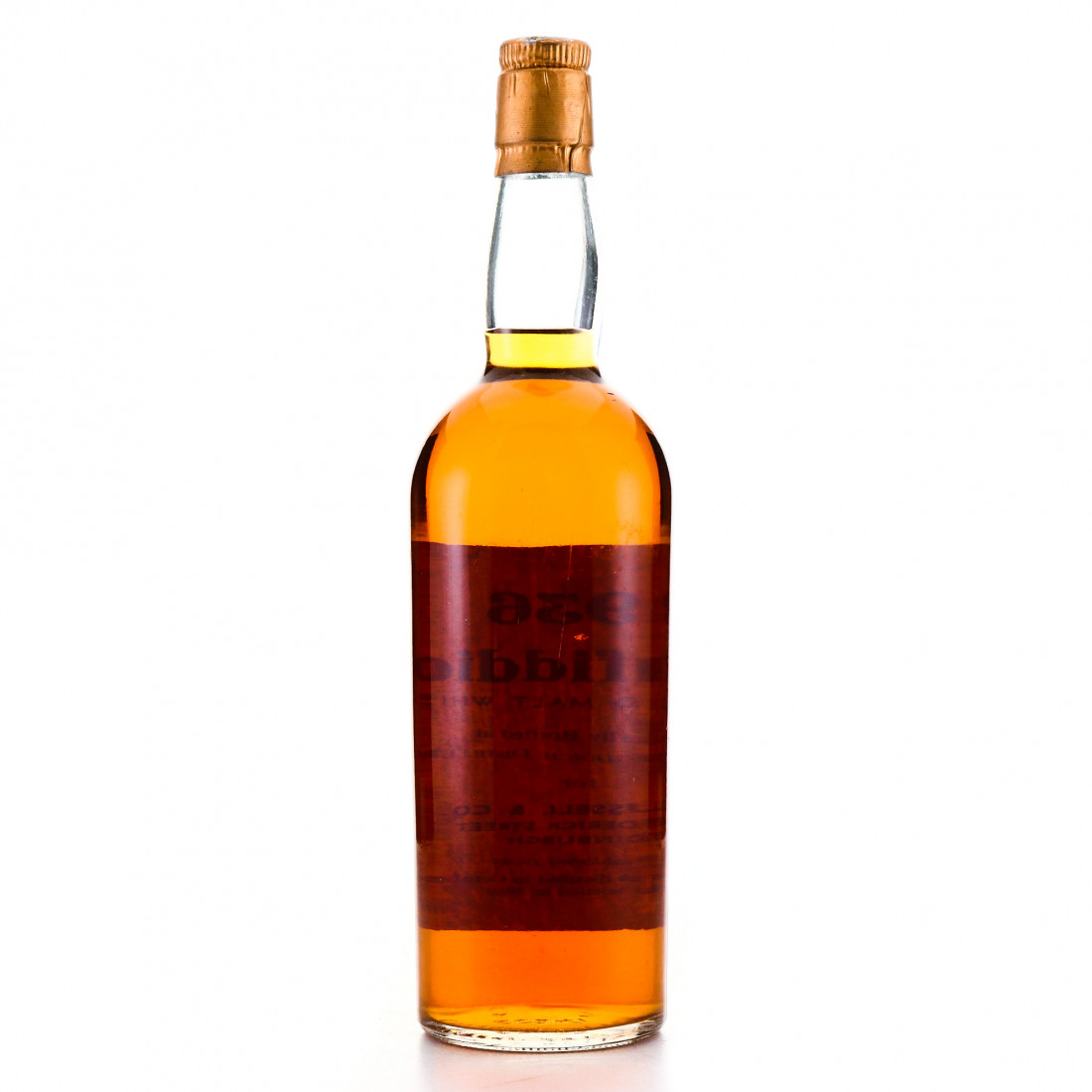 This is a spectacular example of one of the distillery's early single malts, bottled here especially for Peter J. Russell & Co in Edinburgh. This bottle appeared as the company was making a bigger play in the whisky market, acquiring Ian Macleod & Co around the same time. Along with their other subsidiary, William Maxwell & Co, they bottled a swathe of well-regarded independent releases in the 20th century, before the Peter J Russel company was rebranded as Ian Macleod Distillers in 2003, as they fulfilled their long-time ambition of owning a distillery by buying Glengoyne from Edrington.

This bottle likely comprises part of a wider promotional push in the year 1969 to cement the Glenfiddich single malt brand, which also saw it become the first available in duty free airport retail, and a visitor centre opened at the distillery. With brand protection in full swing, the distillery did not provide these to the Edinburgh firm in the trademark triangular glass introduced earlier in the decade, but the presentation is reminiscent of the the former style, with heavy metal capped stopper and foil capsule.

Pre-war vintages in single malt are exceptionally rare, particularly from distilleries like Glenfiddich. This is a real opportunity to own a true piece of whisky history.