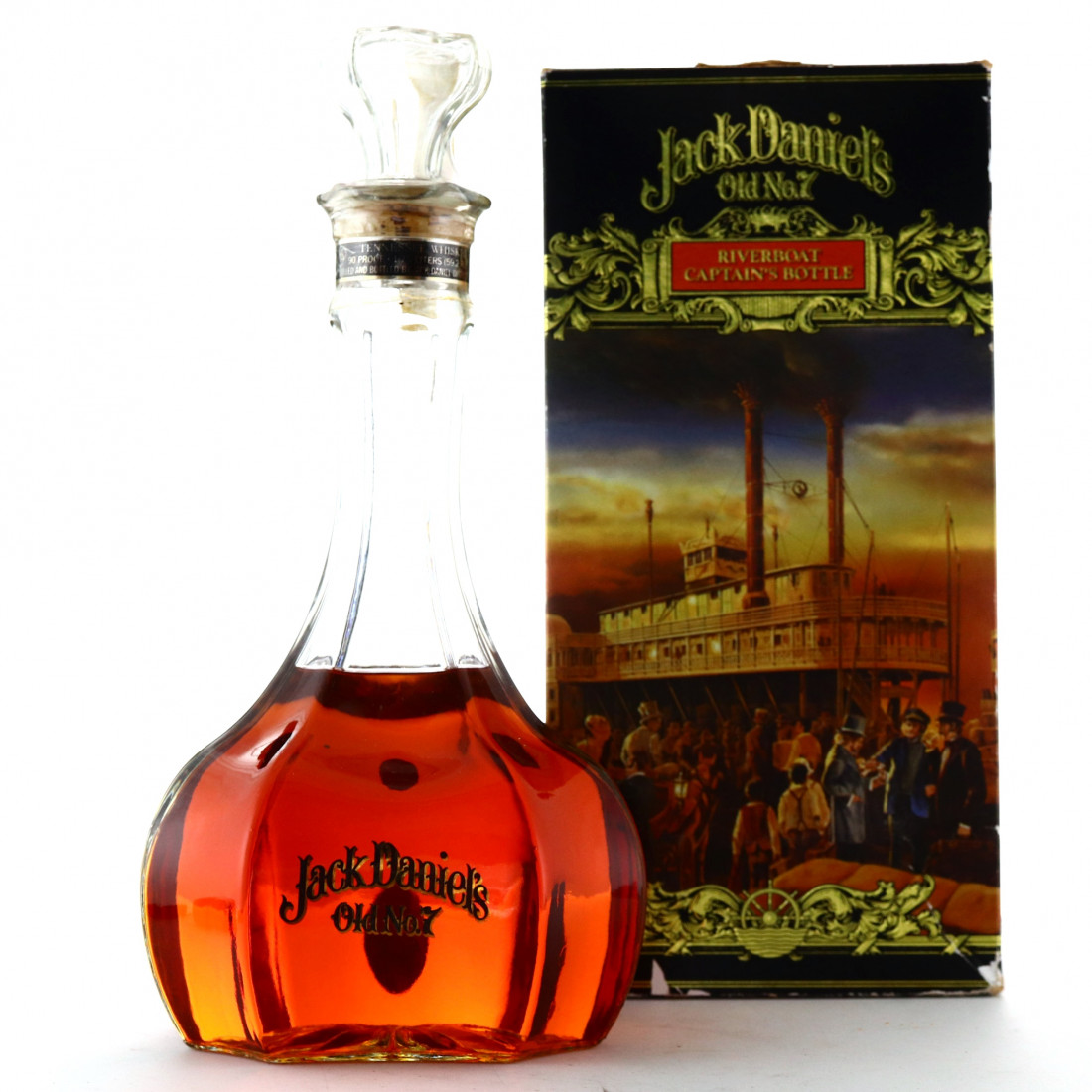 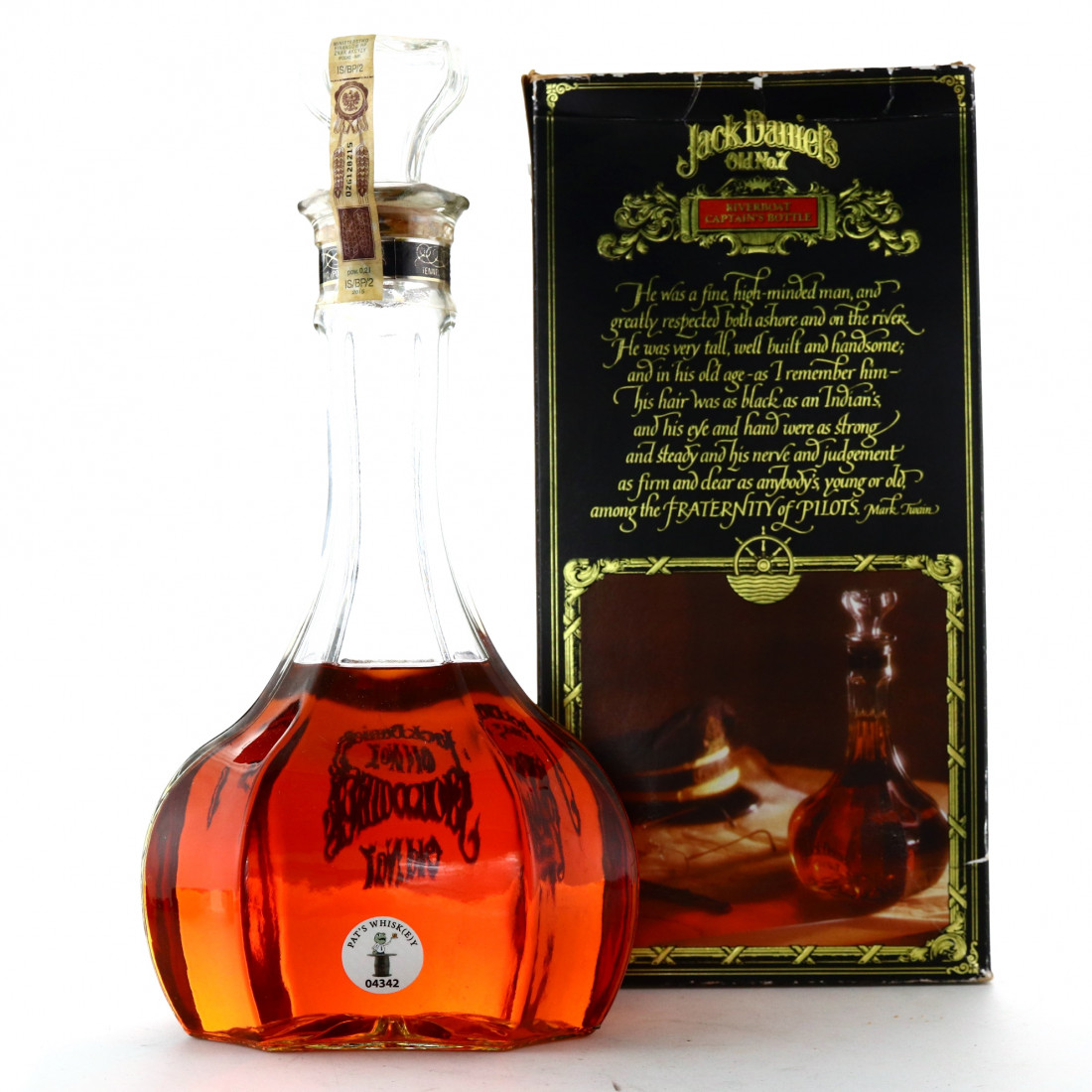 Their seventh commemorative decanter, this was a limited bottle of Jack Daniel's Old No.7 released in 1987 as a tribute to the riverboat captains who transported Jack Daniel's whiskey across 19th century America. This is the original 90 proof release, with a lower 86 proof version having been made avaailable shortly after.