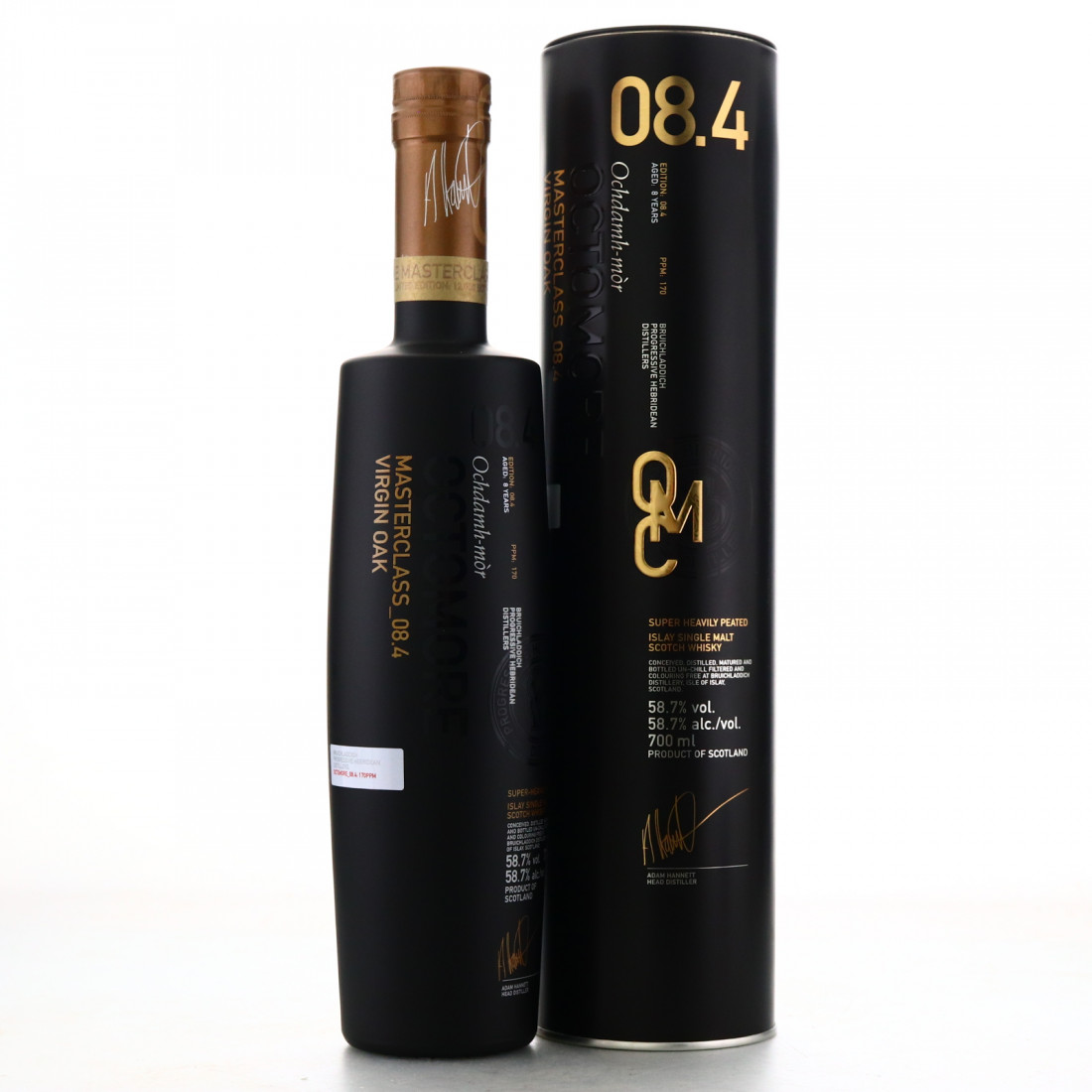 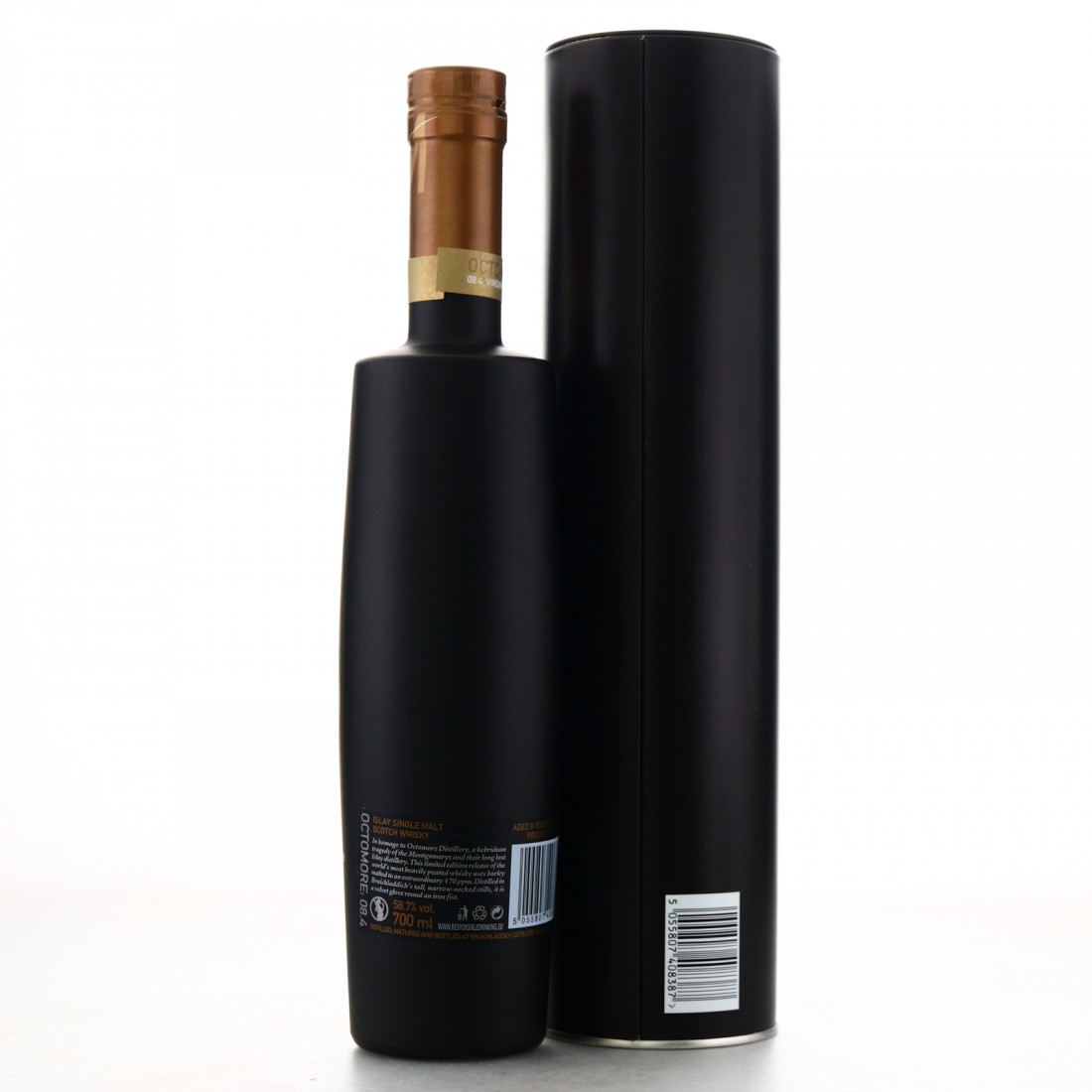 This 2018 release was composed of 8 year old whisky, 20% of which has been matured full-term in virgin oak casks. The remainder was initially matured in first-fill bourbon casks before being finished in virgin oak casks that previously held Octomore 7.4.