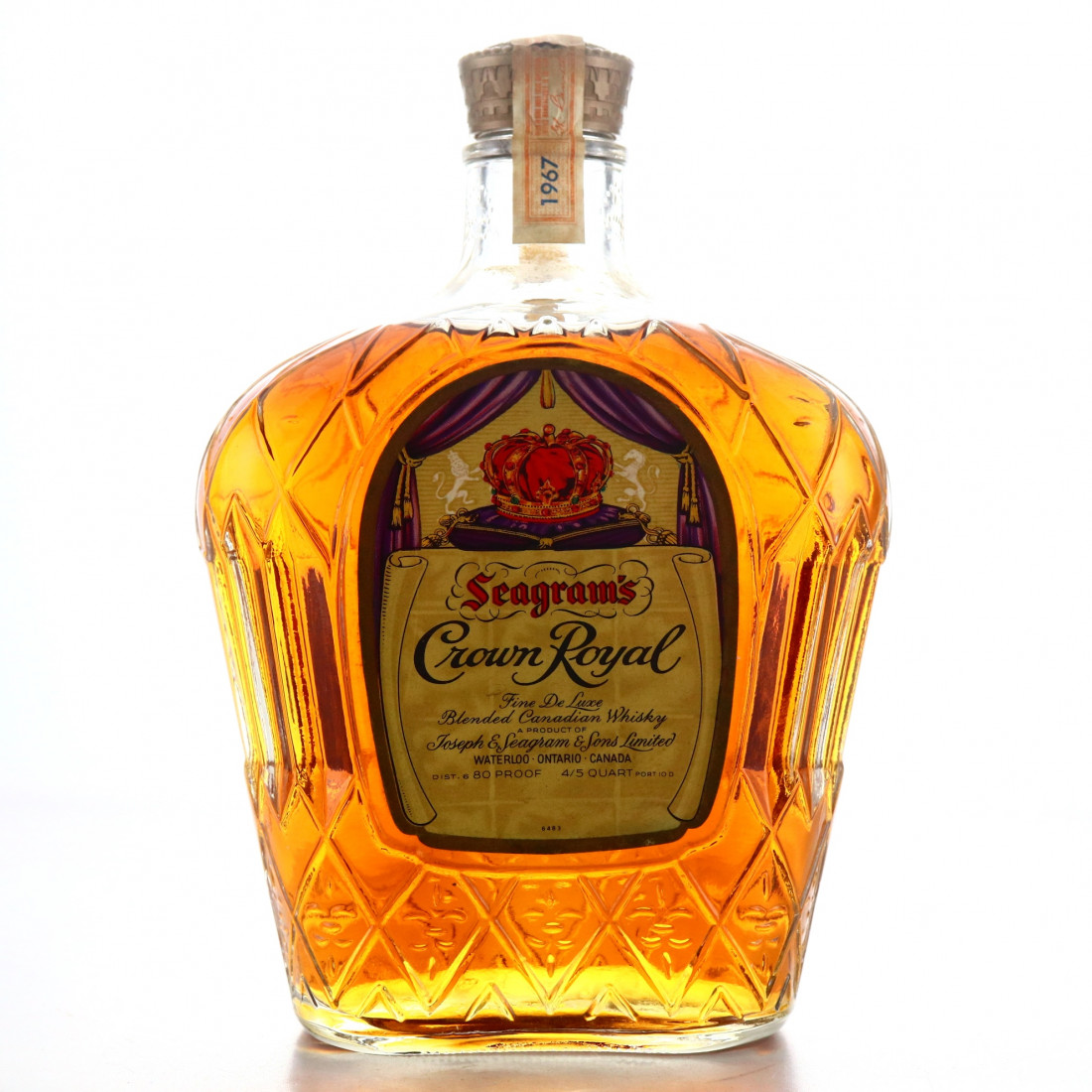 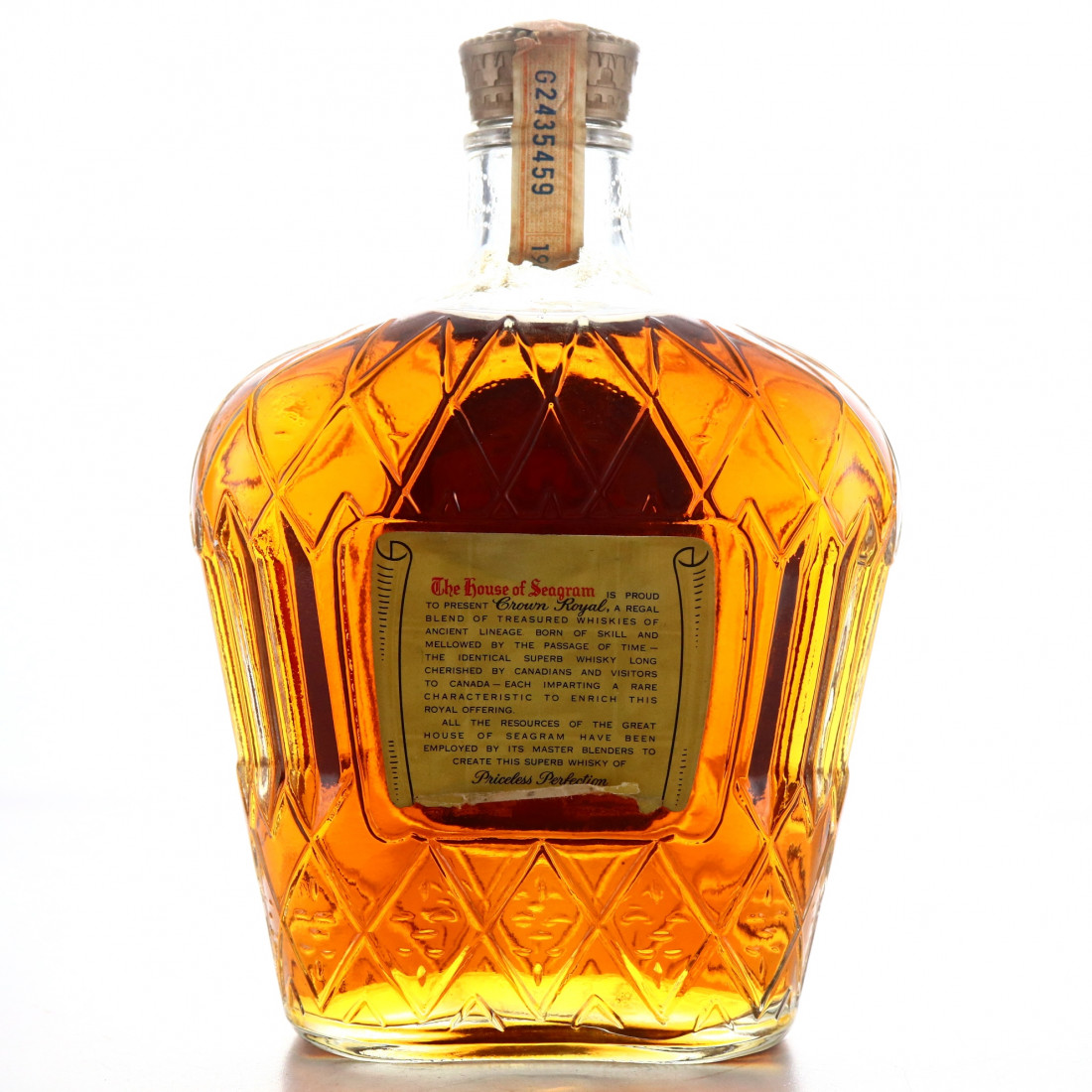 The tax stamp dates the youngest vintage in the blend to 1967.

This was produced by Joseph E. Seagram at their former distillery in Waterloo, Ontario. Production was moved to a new Crown Royal distillery in Gimli, Manitoba in 1968, and nowadays the it is still produced there by Diageo, who bought the brand and distillery after Seagram's were dissolved in 2000. The Waterloo distillery closed in 1984.