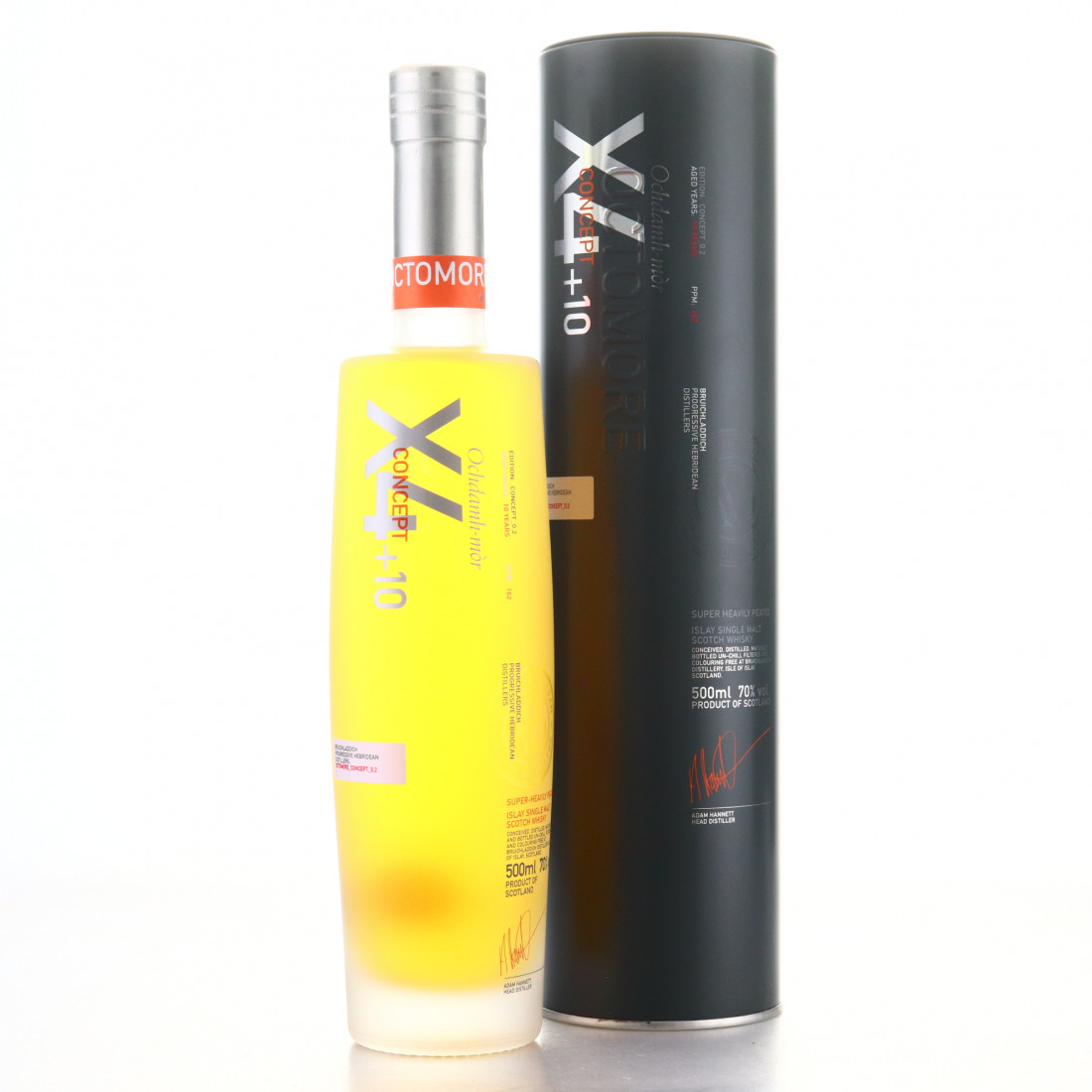 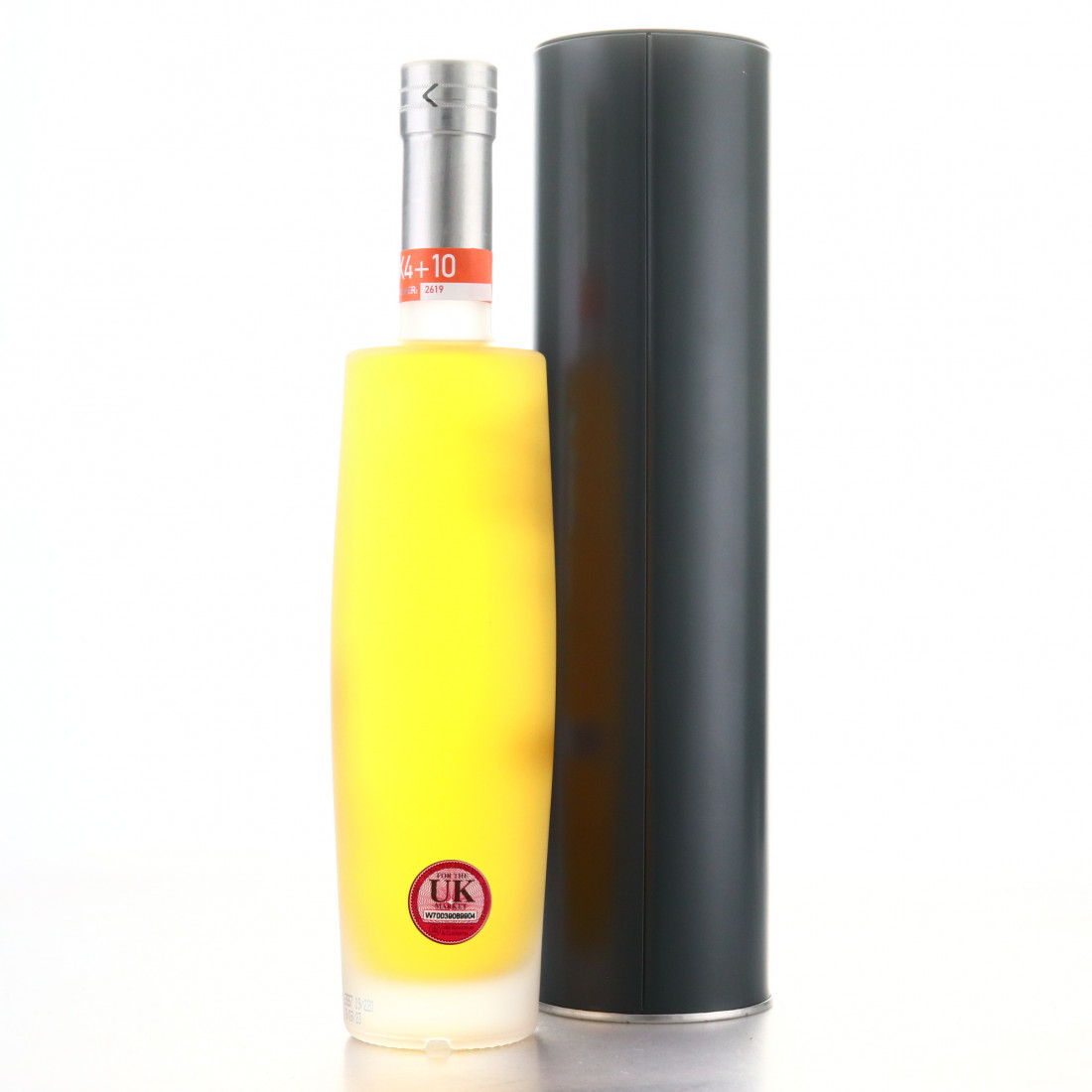 This is the second release of the quadruple distilled Octomore from the Bruichladdich distillery. Produced from 100% Scottish barley this huge whisky was aged in a combination of bourbon, sweet wine and sherry casks for over 10 years.

The malt was peated to an incredible 162ppm and bottled at 70% ABV which makes it the strongest whisky released in the history of the distillery.