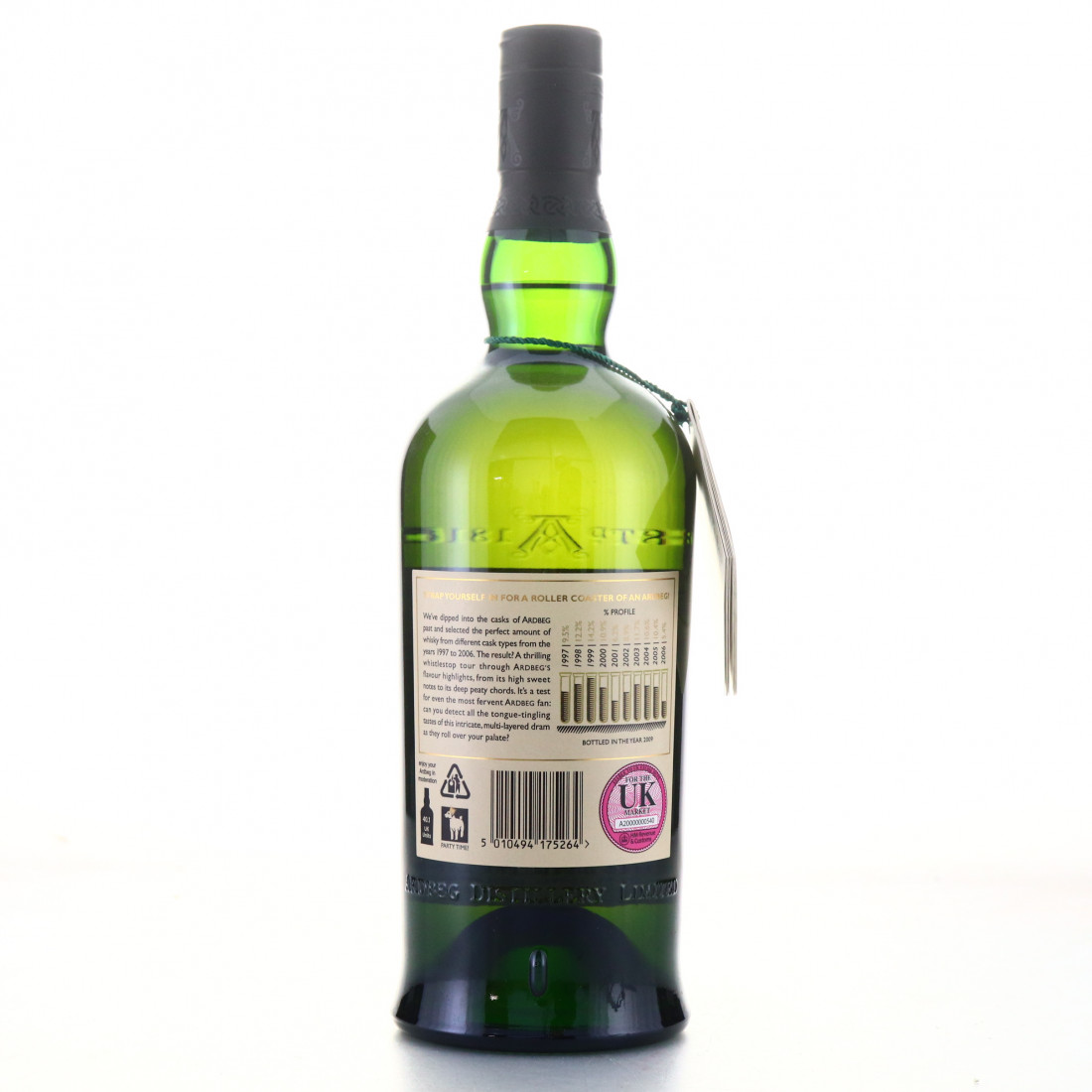 Released in June 2010 to mark the 10th anniversary of The Ardbeg Committee, the Rollercoaster consists of ten vintages from 1997 to 2006.