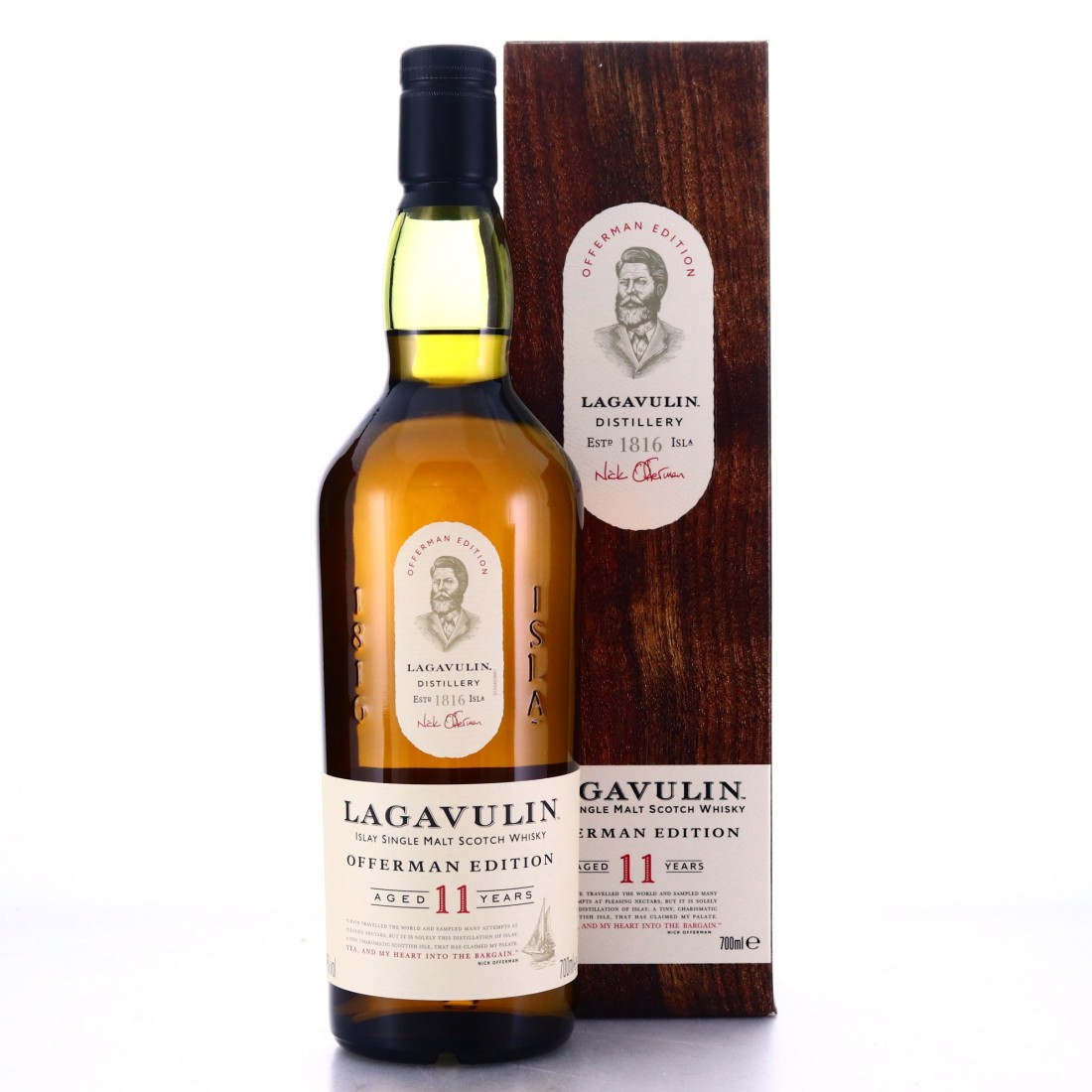 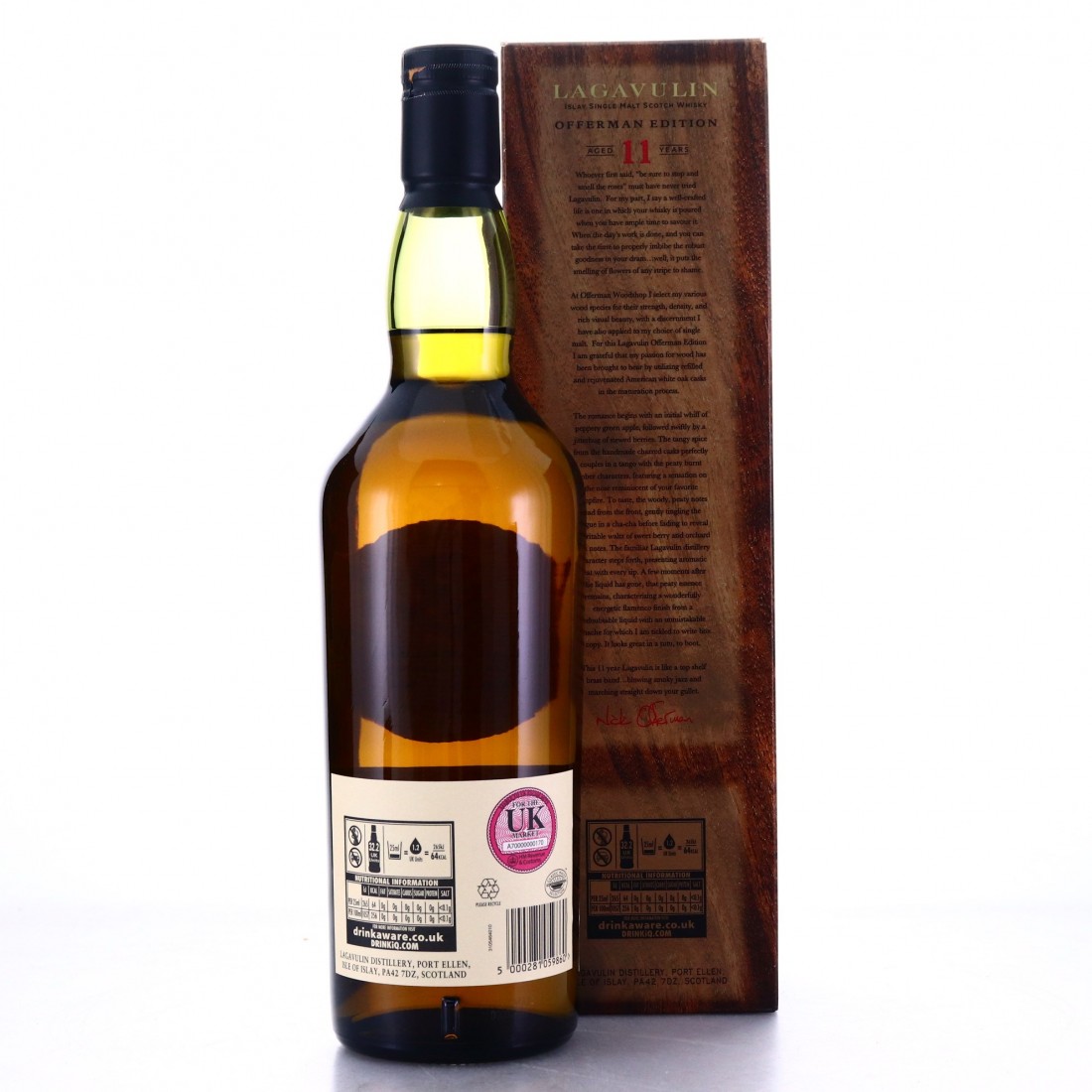 This is the Offerman Edition, a tribute to the actor, Nick Offerman, who's Ron Swanson character in the sitcom Parks & Recreation is a champion of the distillery.

Offerman is also a boatbuilder and woodcrafter in his spare time, and this Lagavulin has been matured in refilled and rejuvenated American white oak casks as a reflection of this other key passion. 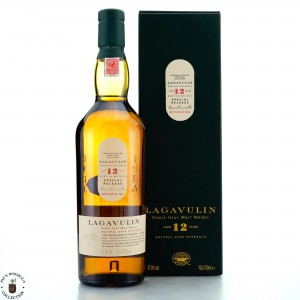 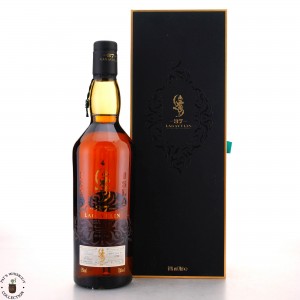 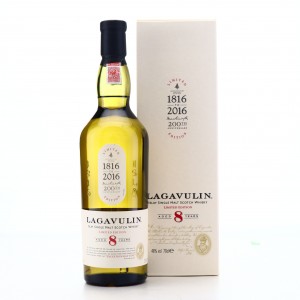 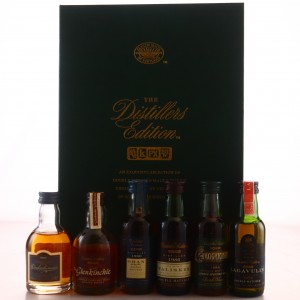