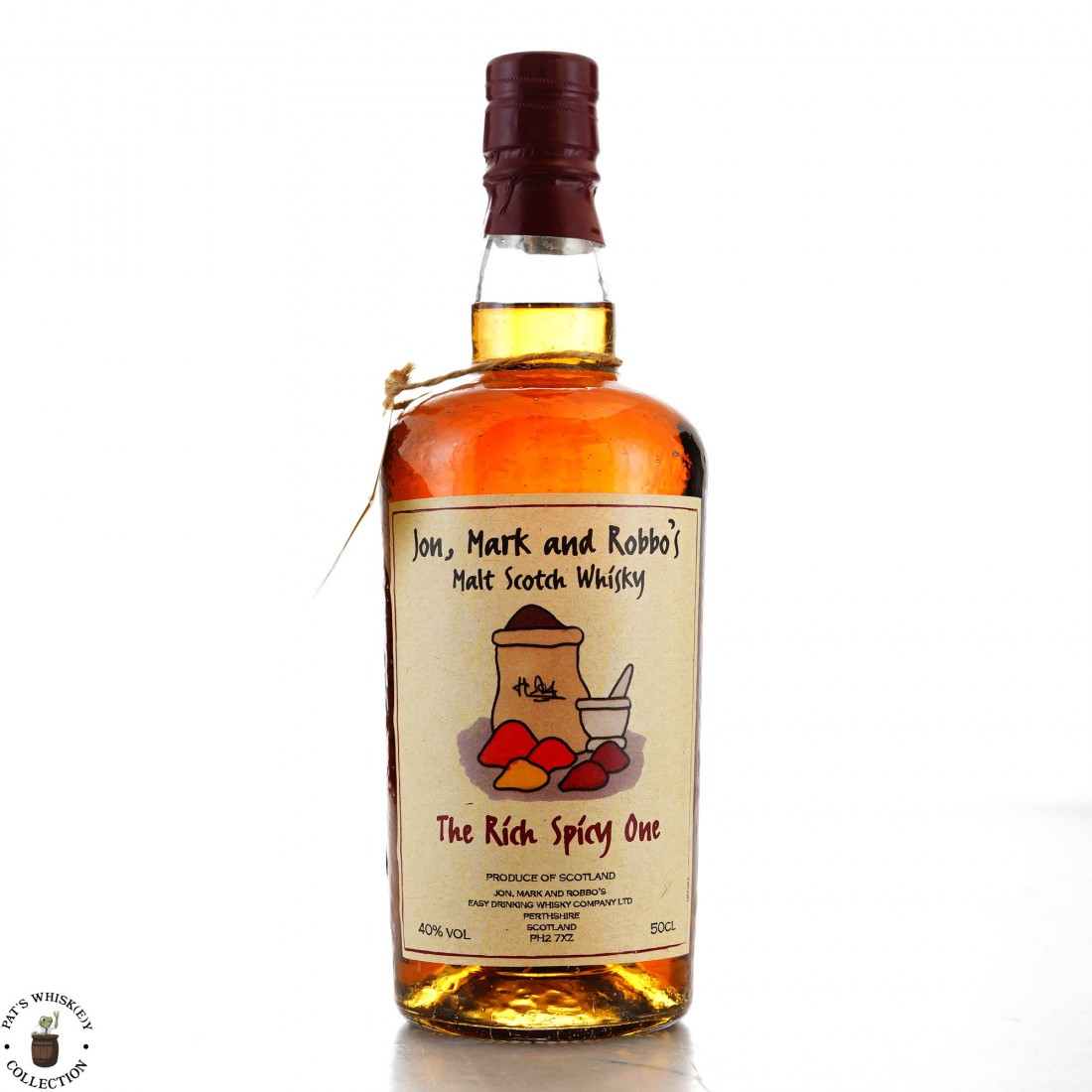 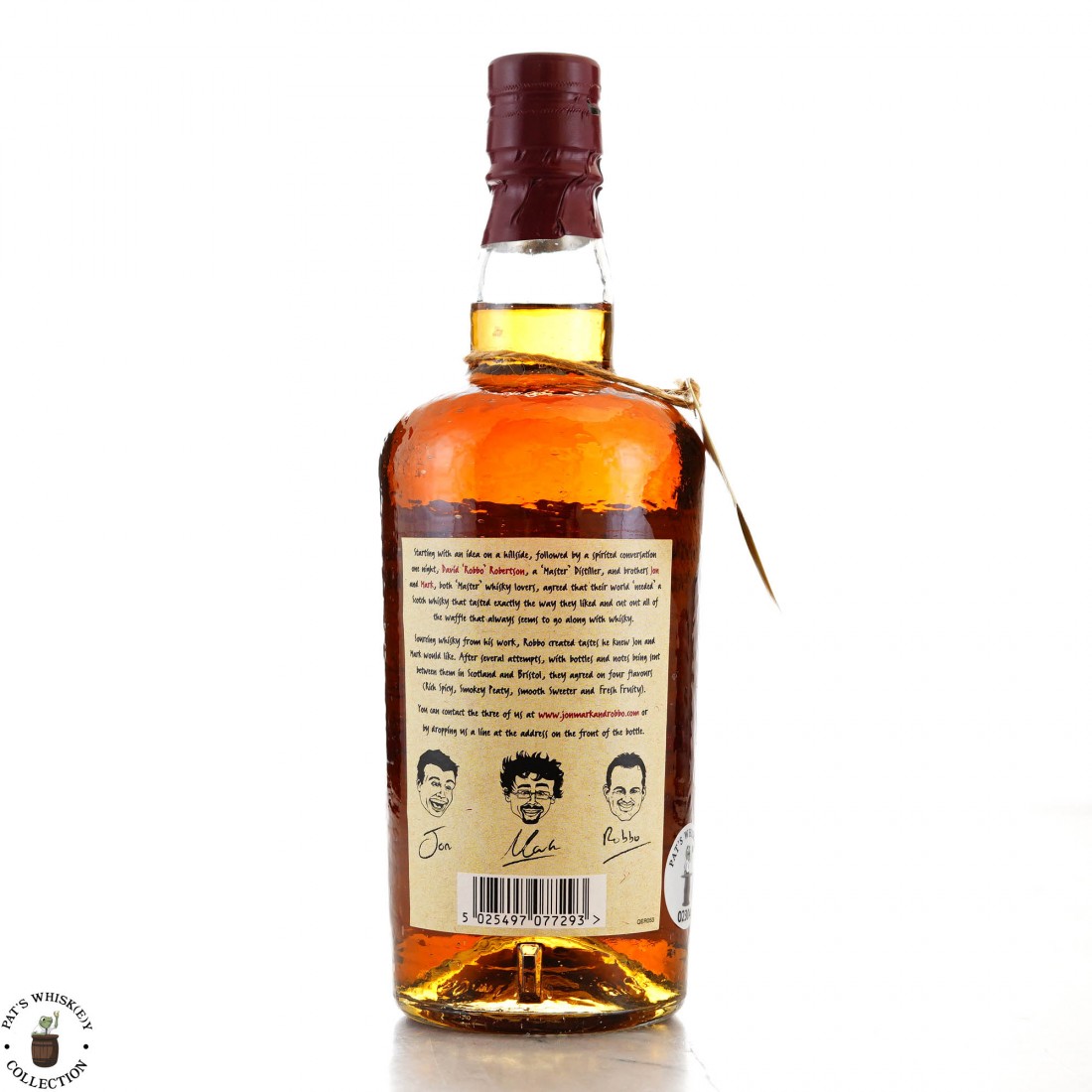 In 2002, former Macallan Master Distiller, David ‘Robbo’ Robertson, recruited brothers Jon and Mark Geary to start a project that would see them create a series of whiskies aimed at first-time whisky drinkers. The idea of The Easy Drinking Whisky Company was to produce a series of bottles with very simple descriptions that represented different flavour profiles. With the backing of Edrington, they released four blended malts and grain whiskies which proved to be a huge success, whilst also picking up a number of industry awards. In 2003 Robertson left the company and Edrington announced that the bottles would no longer be sold in the UK. The Easy Drinking Whisky Company eventually closed in 2010.

John, Mark and Robbo's The Rich Spicy One is a blended malt containing Highland Park, Glenrothes, Bunnahabhain and Tamdhu.