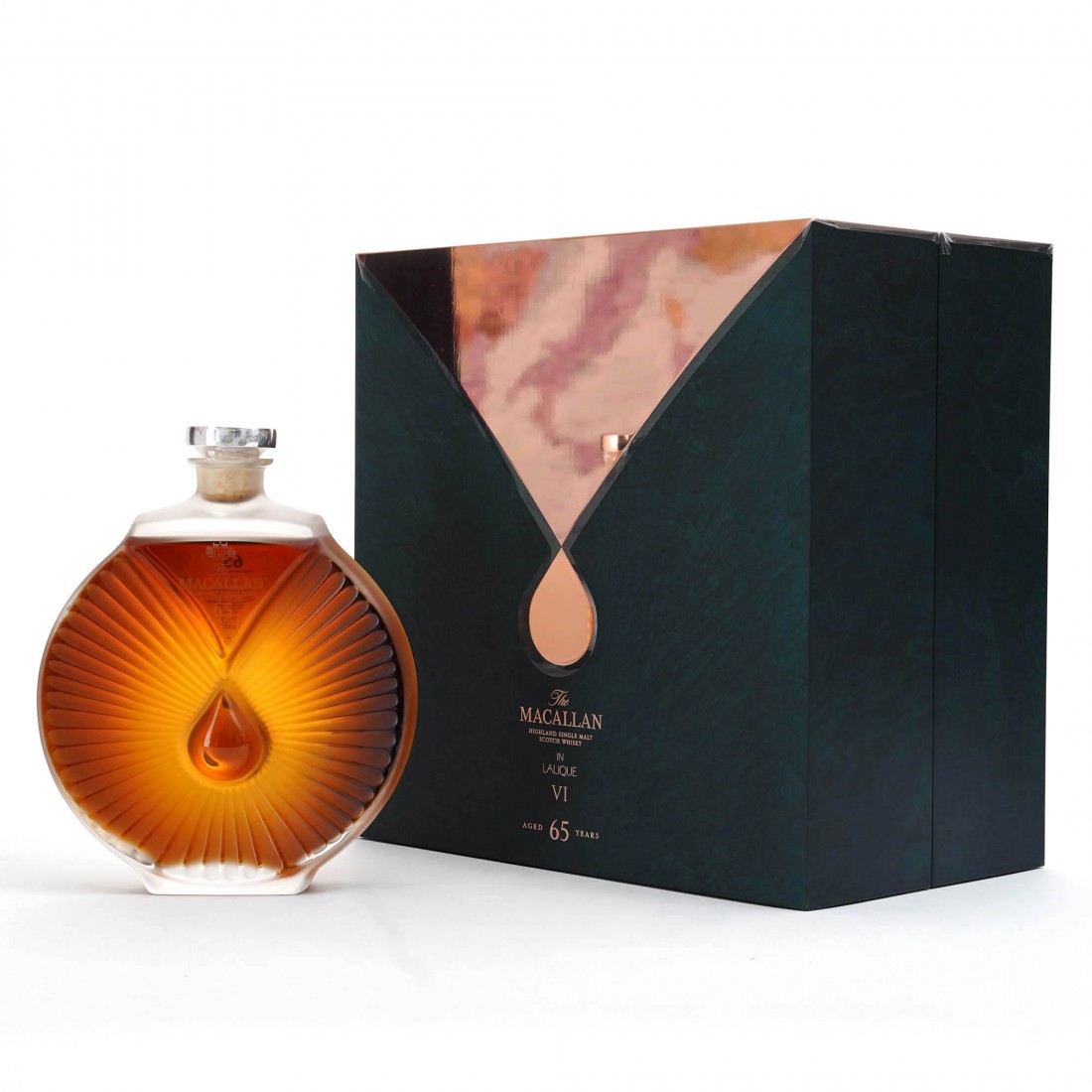 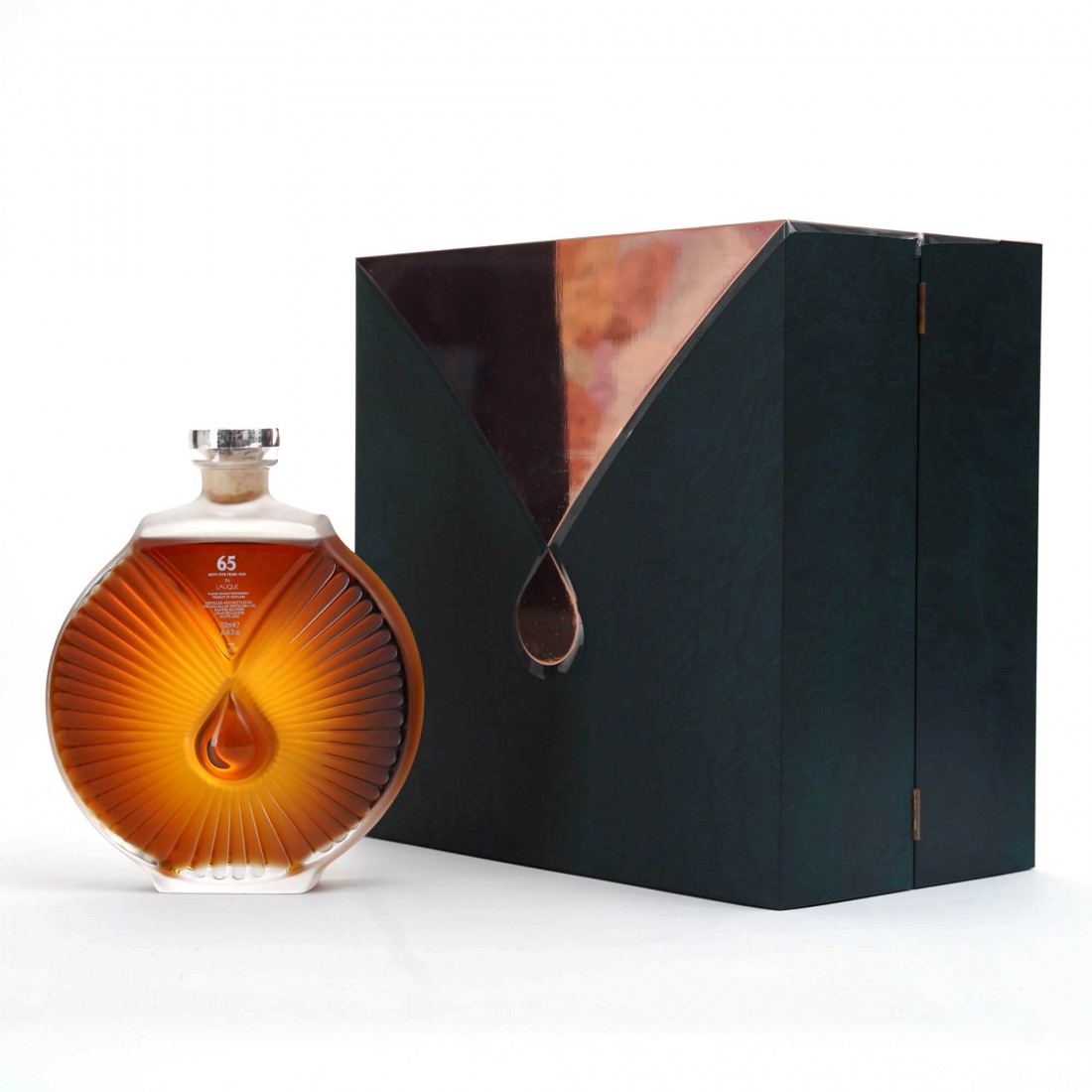 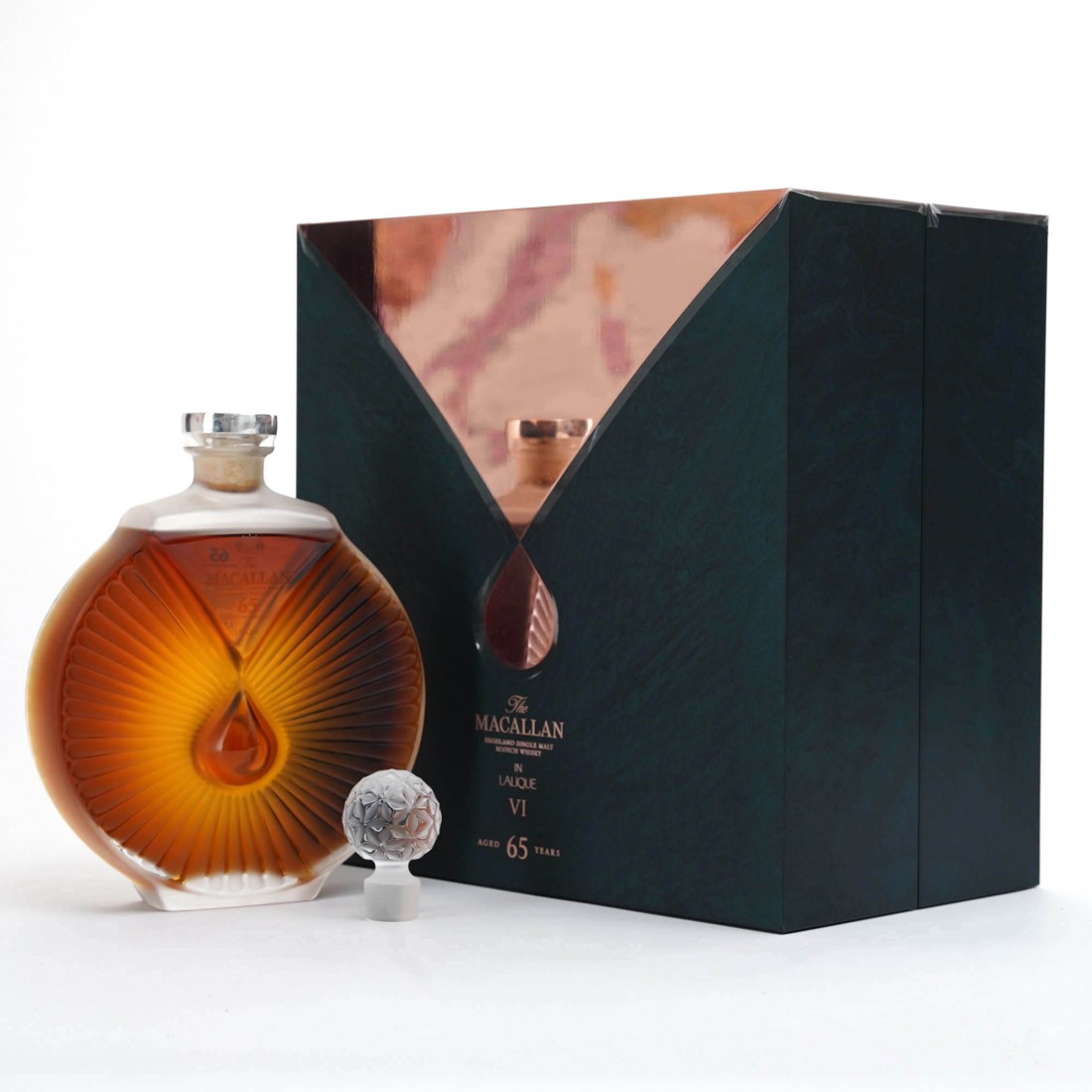 Released in 2016, this is the sixth and final decanter in a highly limited, exclusive Macallan collaboration with crystal makers, Lalique. The series is called The Six Pillars collection, and saw 6 decanters released over an eleven year period, each celebrating one of the six facets that Macallan believe set them apart from Scotland's other distilleries. The Macallan Six Pillars are: Exceptional Oak Casks, Spiritual Home, Curiously Small Stills, Finest Cut, Natural Colour and Peerless Spirit.

This beautiful decanter champions the "Peerless Spirit" pillar, and according to Macallan, "the decanter captures and suspends The Macallan's Peerless Spirit. At 65 years old, the whisky encased in this crystal masterpiece is a true testament to the skill of each and every one of our craftsmen and a unique celebration of our unwavering commitment to sourcing, nurturing and maturing The Macallan single malt in exceptional oak casks." 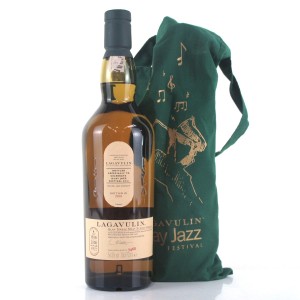 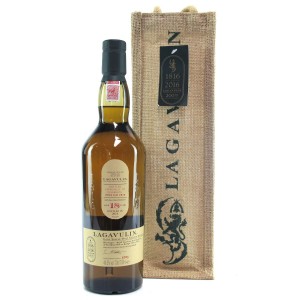 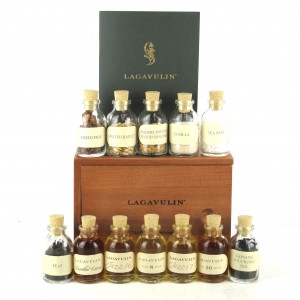 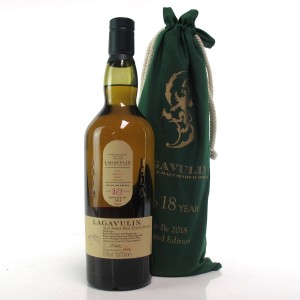