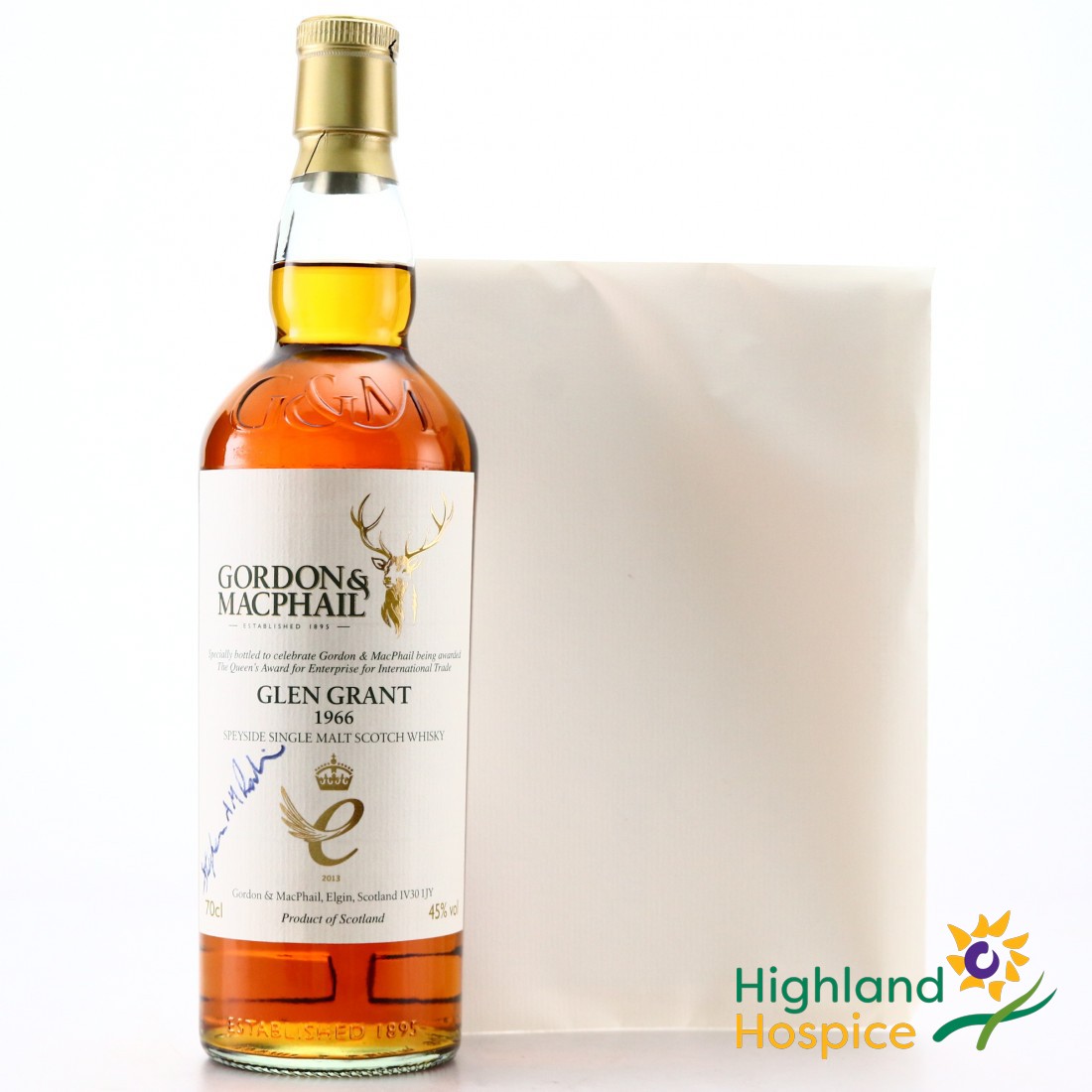 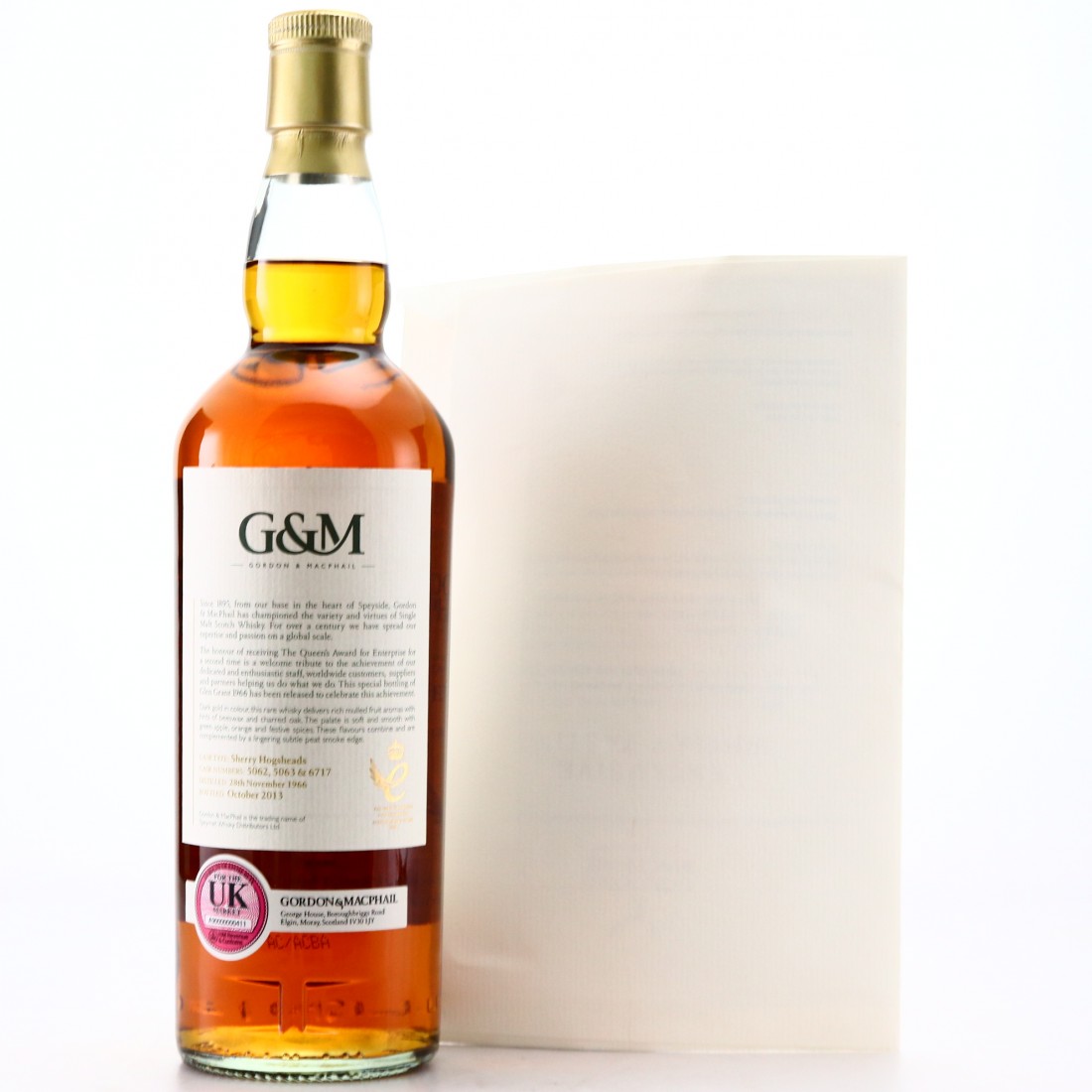 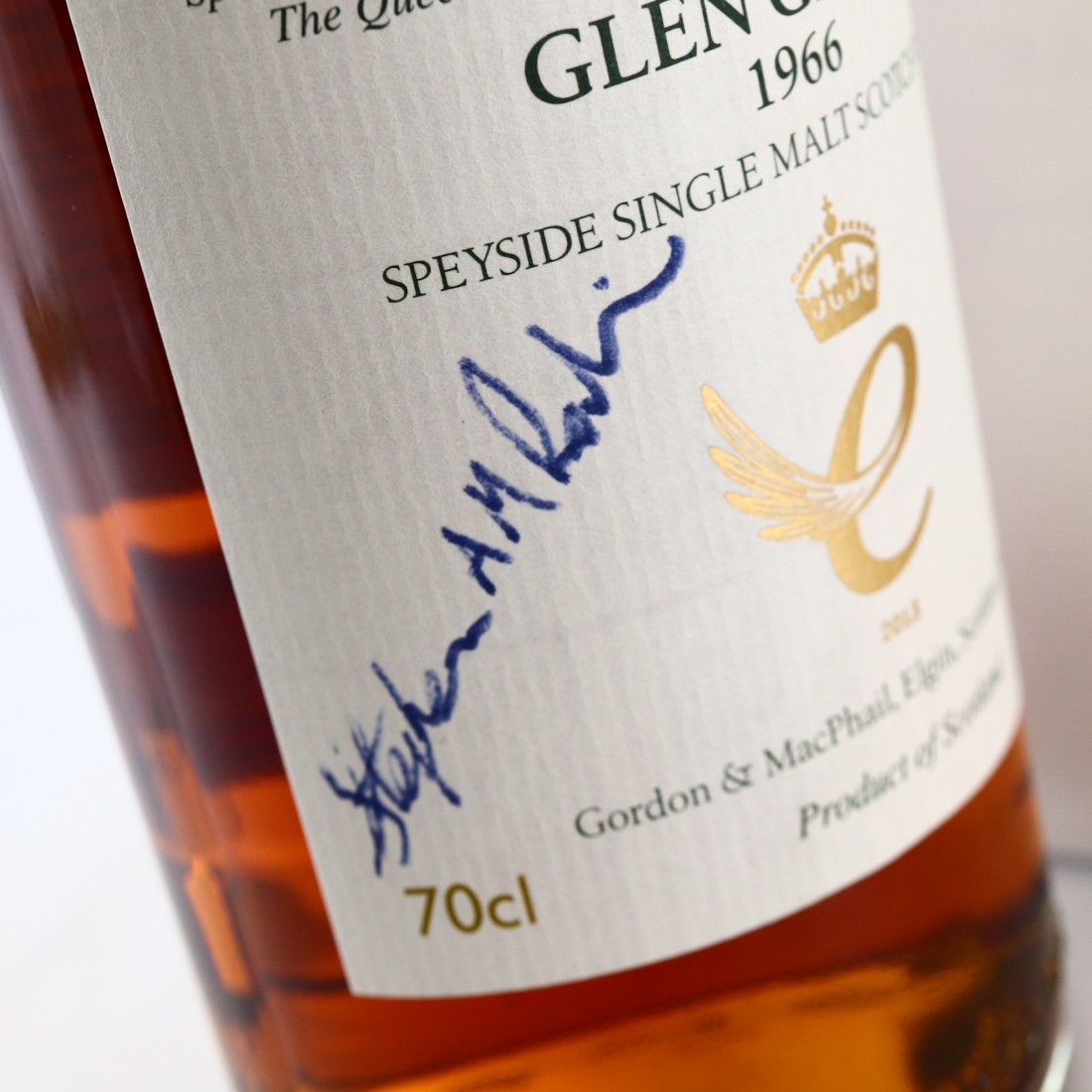 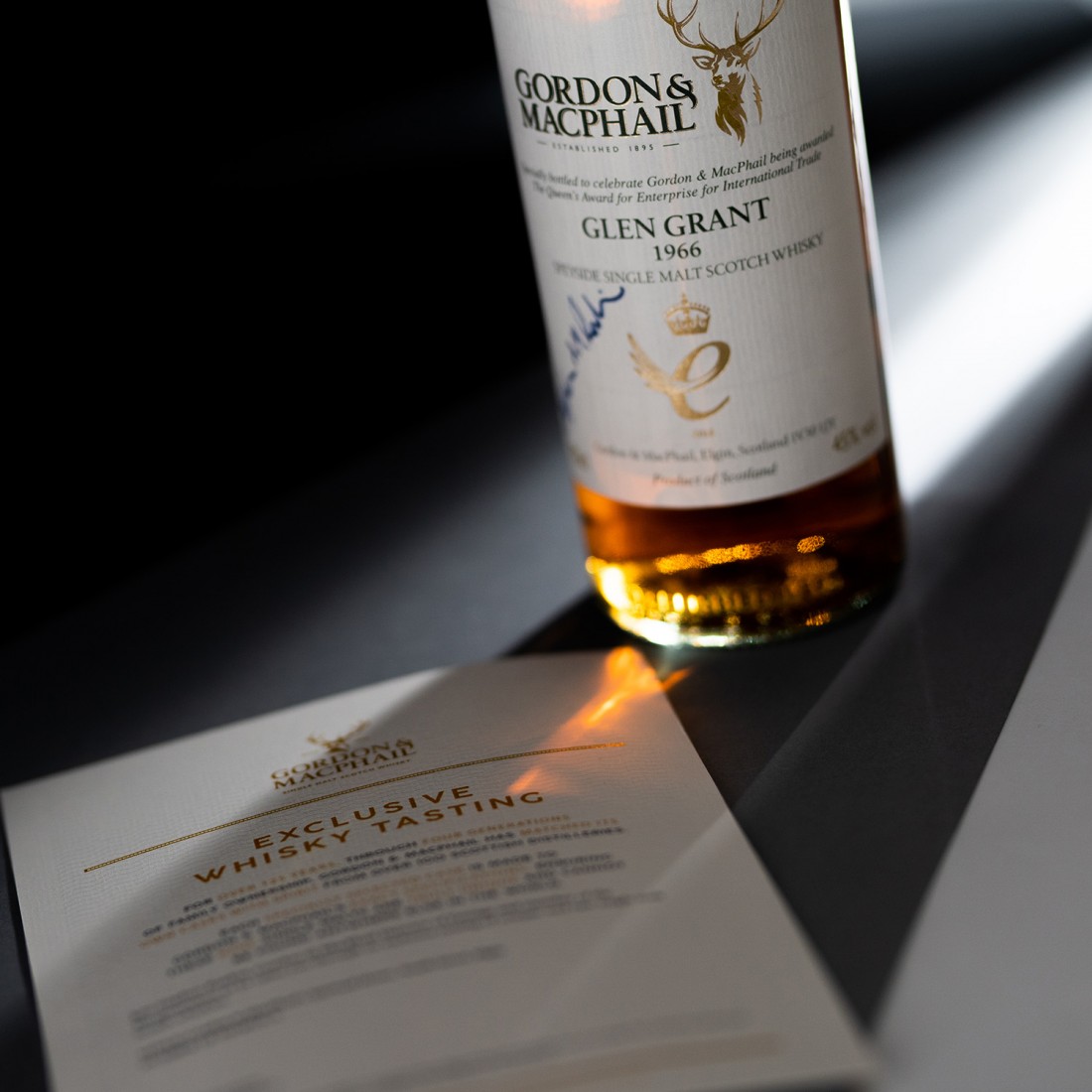 Included with this charity lot is an exclusive whisky tasting by Stephen Rankin for 6 people. Stephen will take you through an exclusive tasting of rare single malt Scotch whiskies from the past 70+ years, celebrating Gordon & MacPhail’s 125 year history and showcasing the knowledge that is passed down and built upon by each generation. This is truly a unique opportunity and one not to missed.

A rare bottle of Glen Grant, distilled in 1966 and bottled in October 2013 to commemorate Gordon and MacPhail's reception of the Queen's award for Enterprise and International Trade.

This was never available for retail and was given to employees of Gordon and MacPhail at the time.

This bottle has been signed by Gordon & MacPhail Director of prestige and member of the 4th generation Stephen Rankin.

This bottle is being sold in aid of Highland Hospice, an independent charity based in the Highland region of Scotland. They offer their services free of charge to all those in the Highlands who need them, providing care and support to people facing life shortening illness, death and bereavement. As well as providing services direct to those in need they also work in partnership with local communities and support professional and unpaid carers by sharing resources and offering training and mentoring.