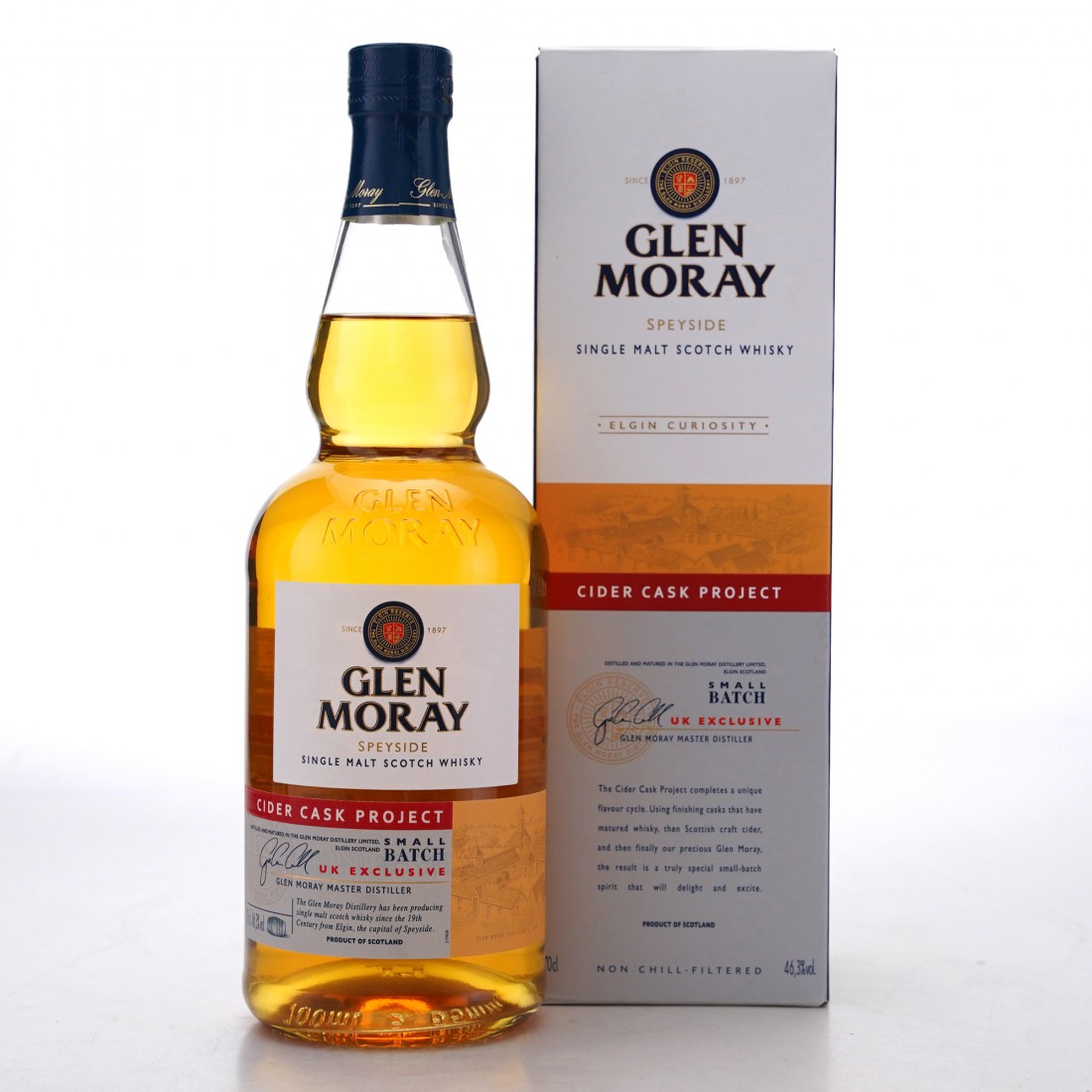 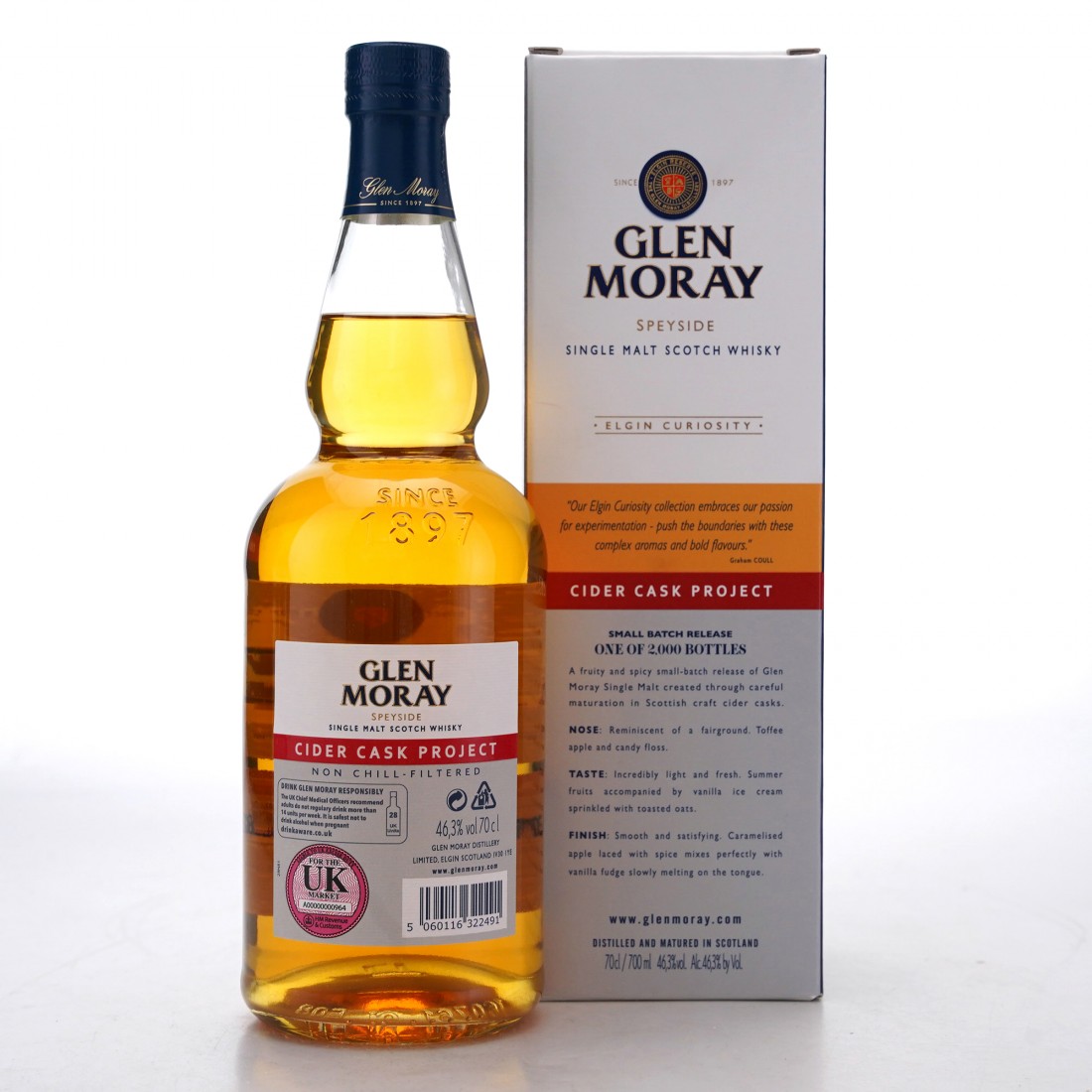 Originally built as a brewery, Glen Moray was converted into a whisky distillery during the market boom of the late 19th century. The subsequent slump saw it mothballed, before being bought by MacDonald & Muir in 1923, who later became the Glenmorangie Company in 1996. In the latter days of their ownership it was sadly treated as their budget single malt, but it has always been a high quality whisky, and its reputation it is now beginning to recover under the ownership of La Martiniquaise, who took over in 2008.

Released in 2018, this UK exclusive release from Glen Moray was a small batch run of only 2000 bottles.

The whisky has been matured in Scottish craft cider casks. 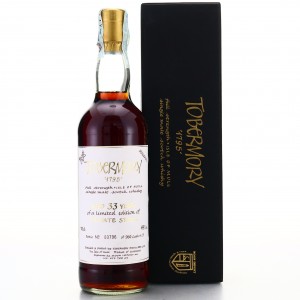 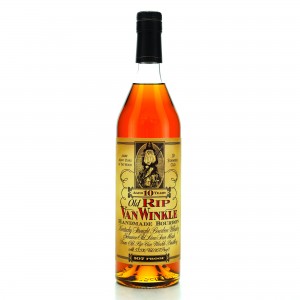 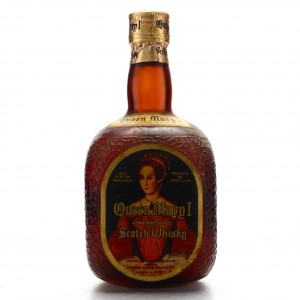 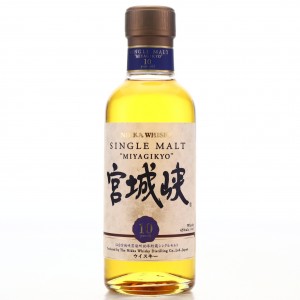