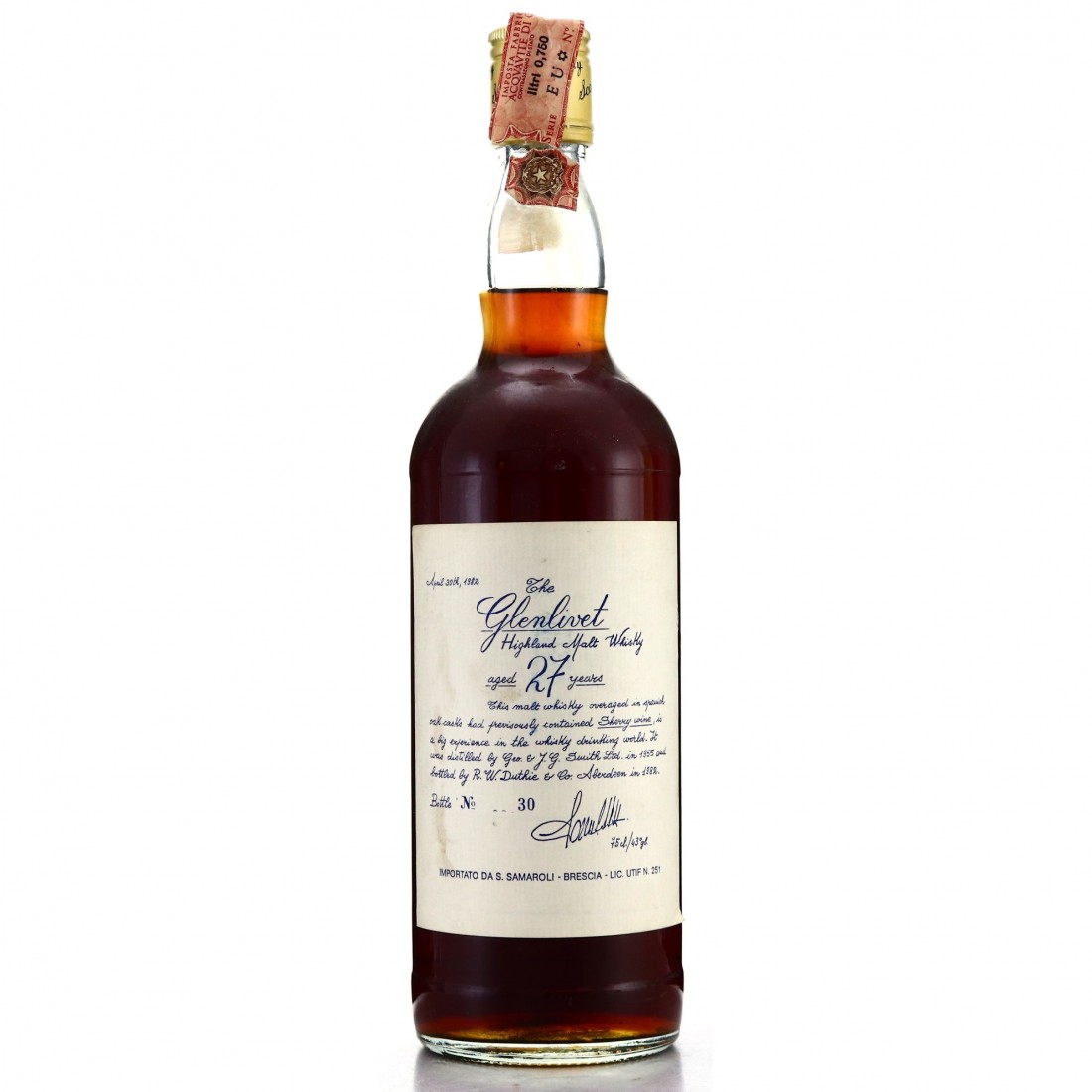 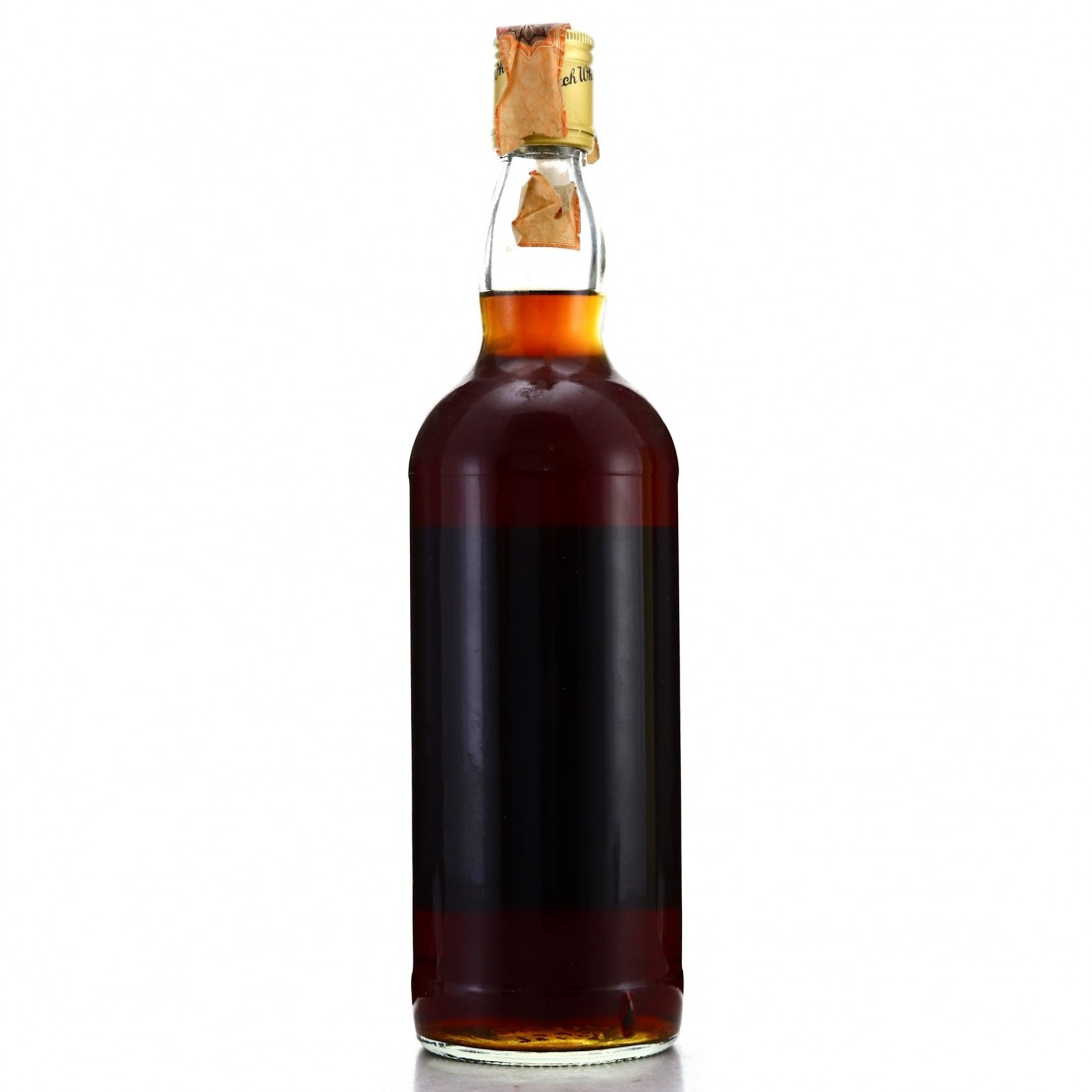 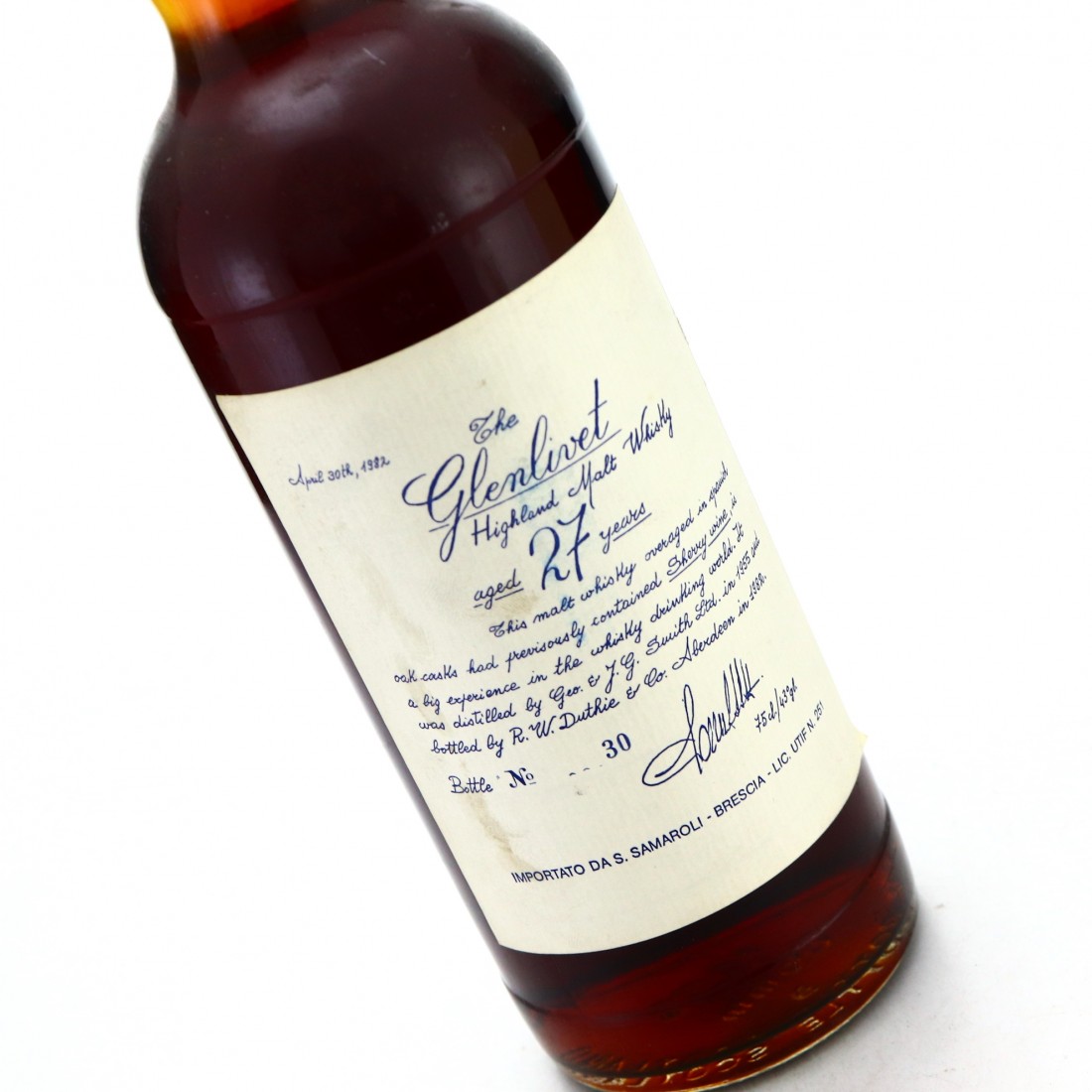 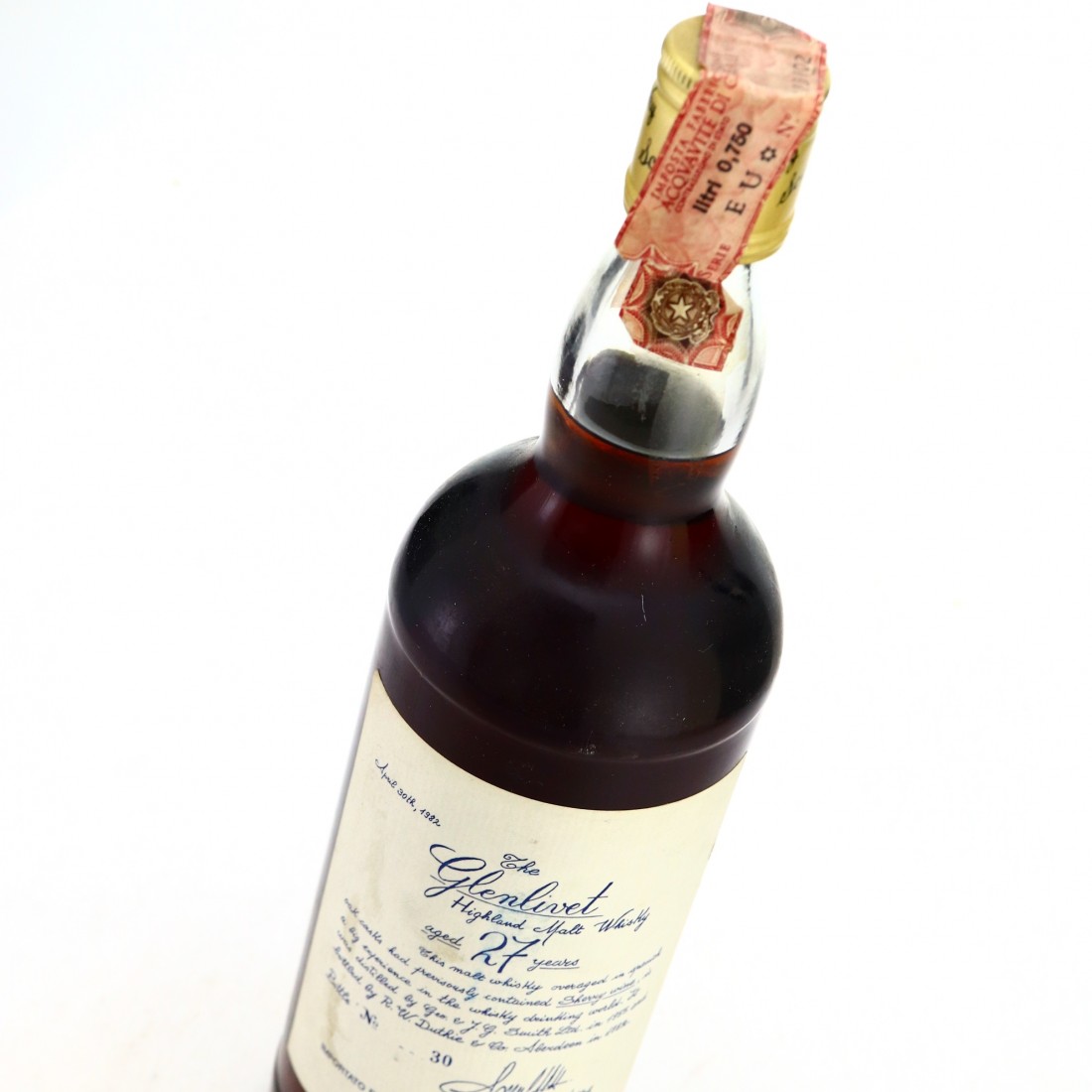 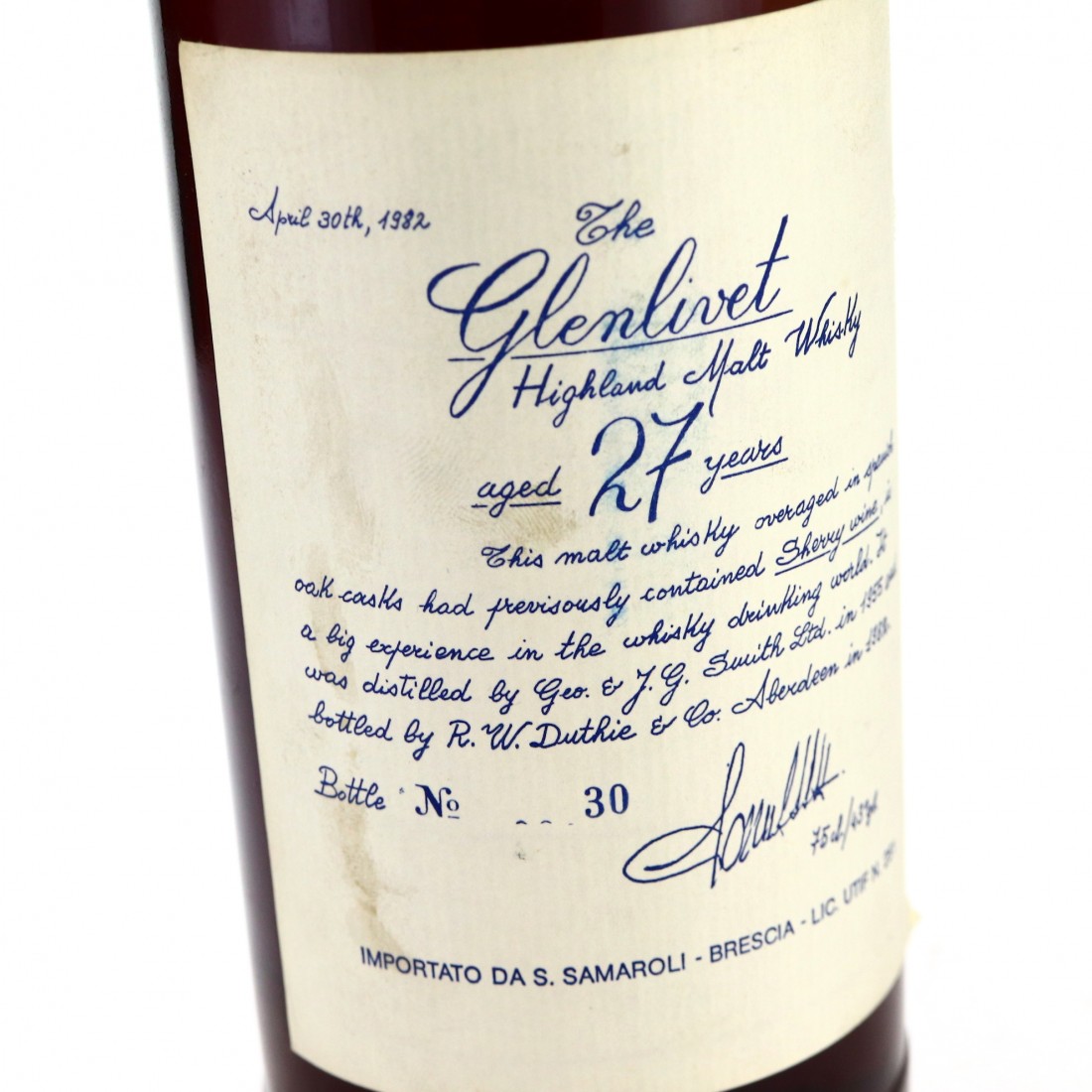 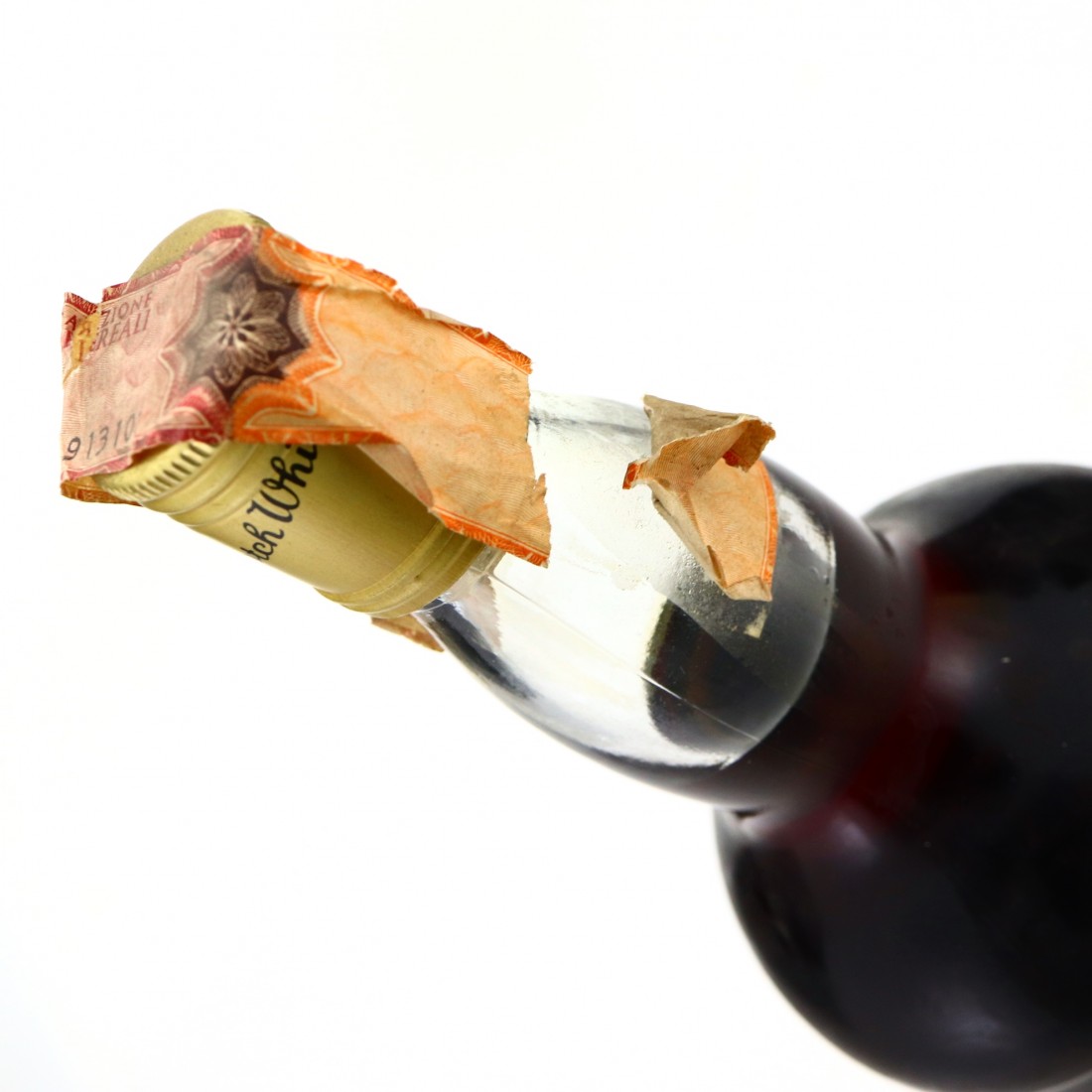 This Glenlivet was distilled in 1955 and bottled in 1982. It is part of the Handwritten Labels series. While Samaroli was famed for his keen eye for aesthetic in designing his own labels, this series simply features his own elegant calligraphy reproduced on them.

This bottle is number 30. 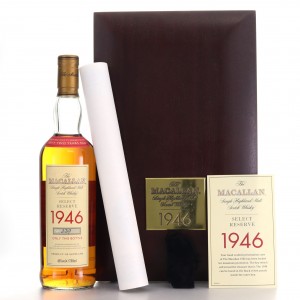 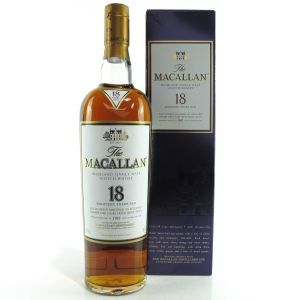 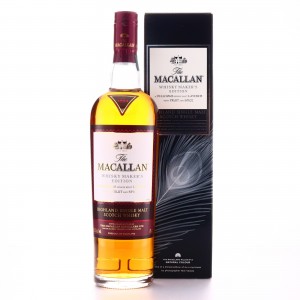 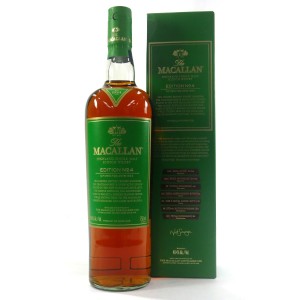