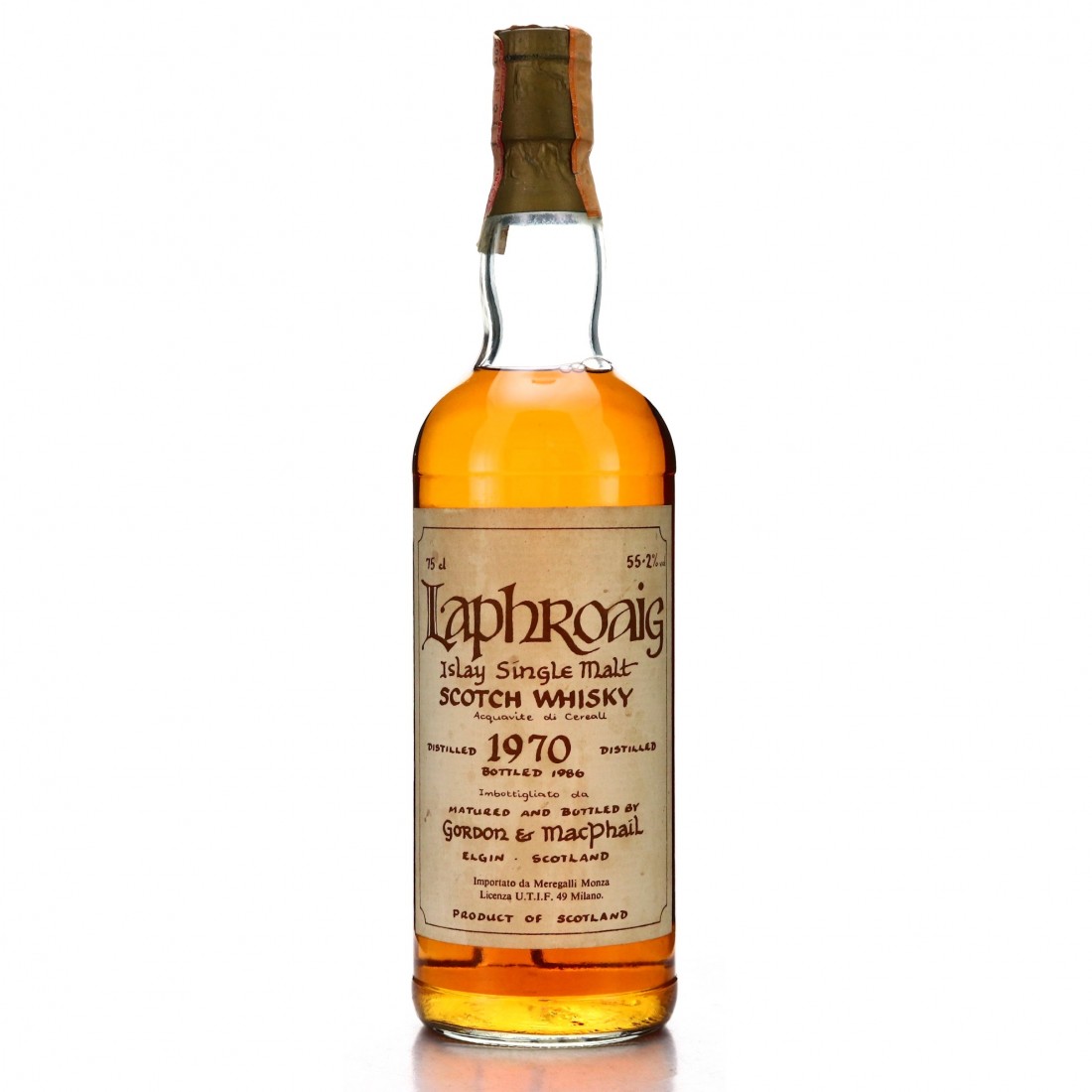 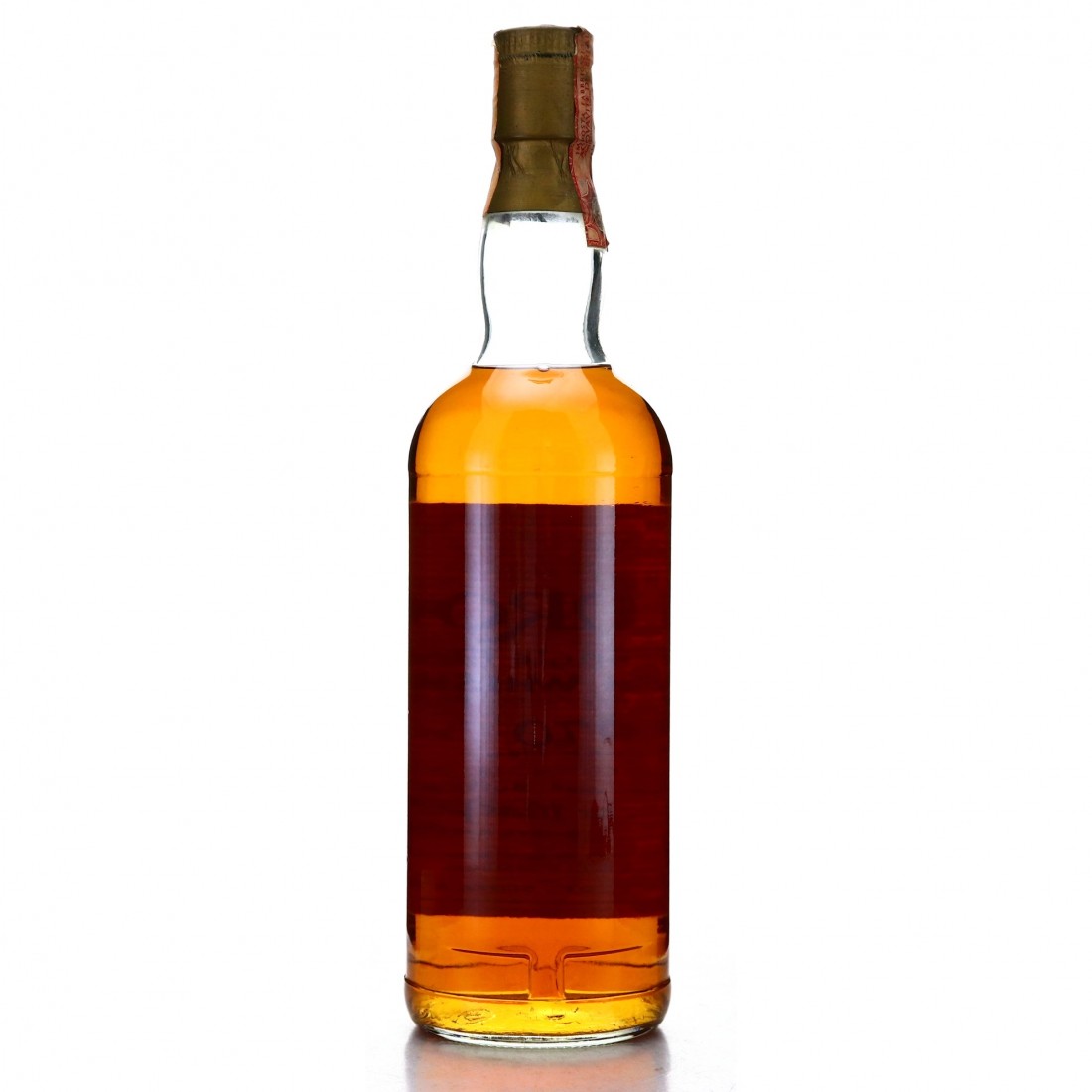 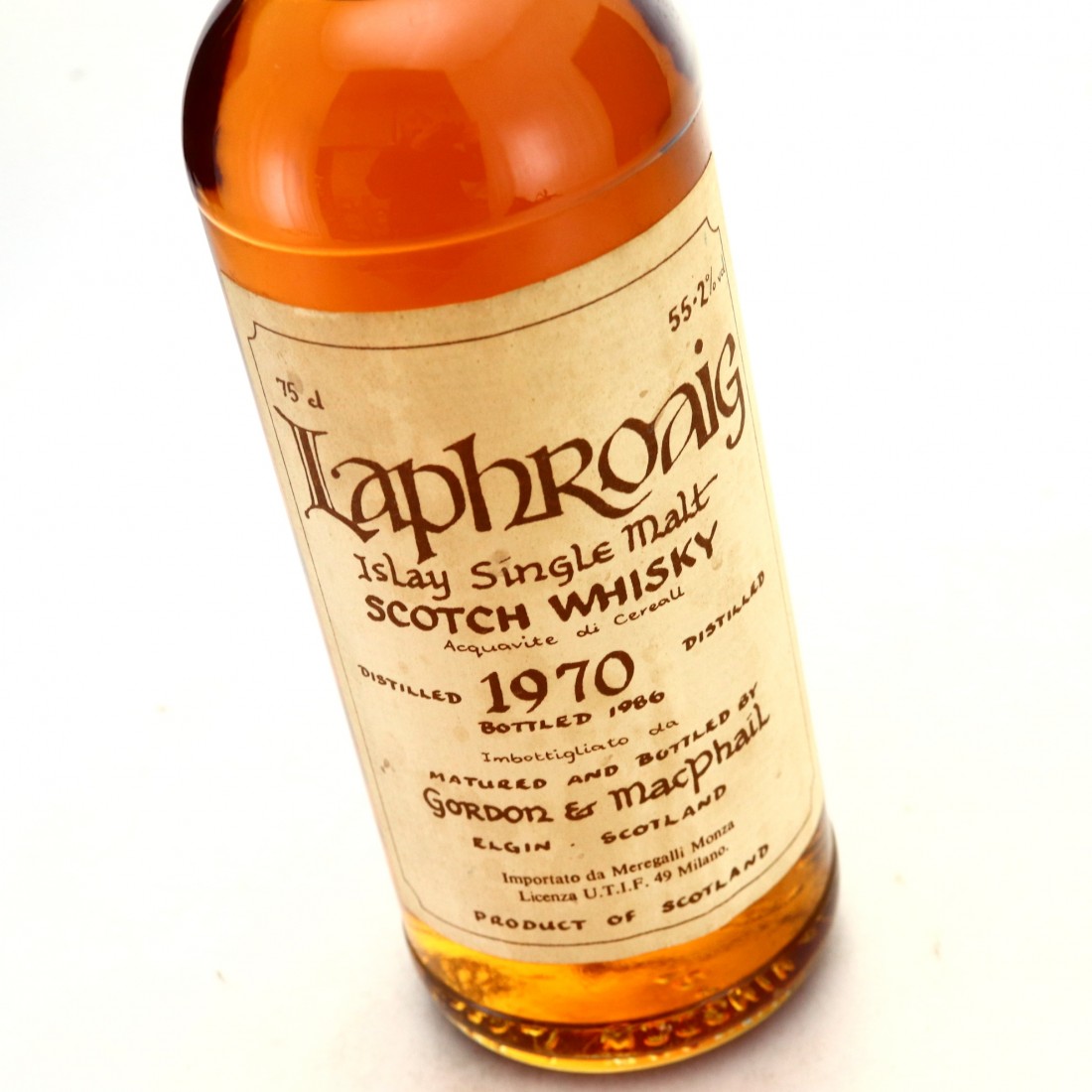 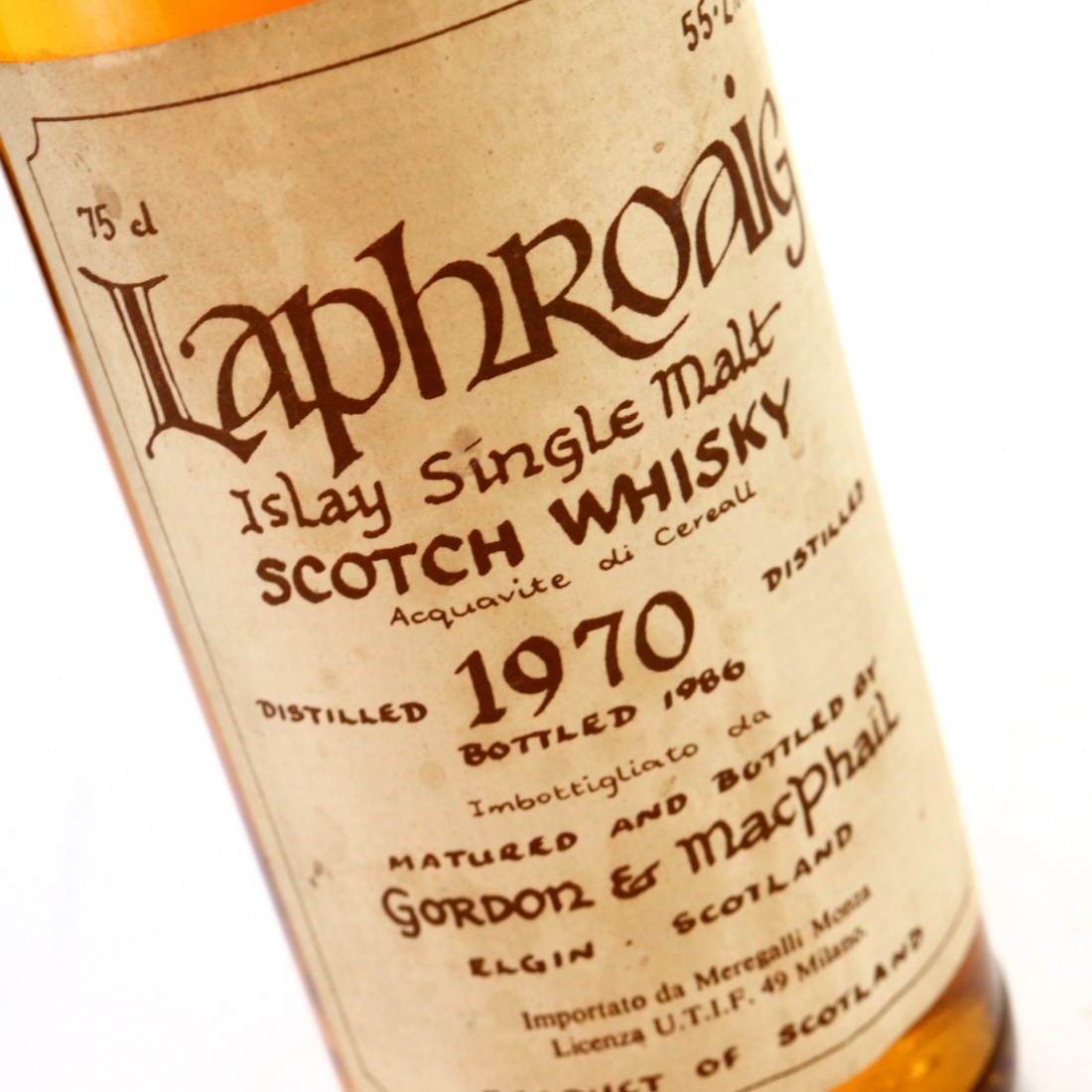 An exceptionally rare bottle, this is a 1970 vintage bottling of Laphroaig from Gordon & MacPhail.

This is a Meregalli bottling from 1985. They are the current Italian distributors for Gordon & MacPhail and have been since the mid-1980s, meaning most of these Celtic Label bottles were Meregalli, including at least six other spectacular 1960s vintage Caol Ila.

Serge Valentin of WhiskyFun.com declared this particular bottling one of the greatest whiskies ever bottled, awarding it 96 points, and suggesting someone should contact UNESCO about it. 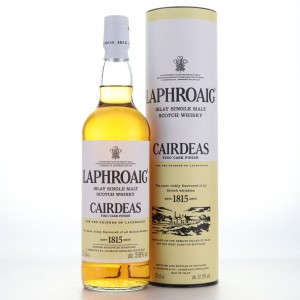 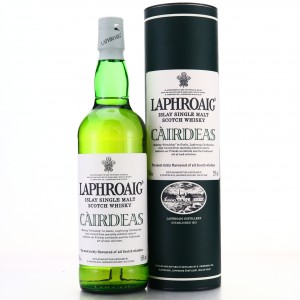 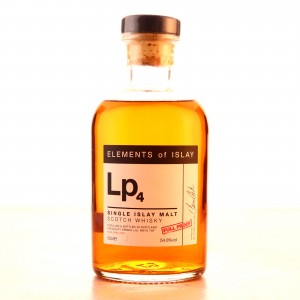 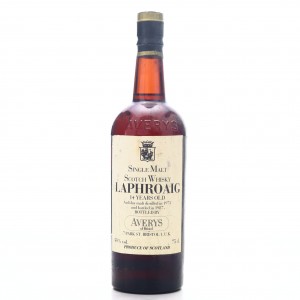