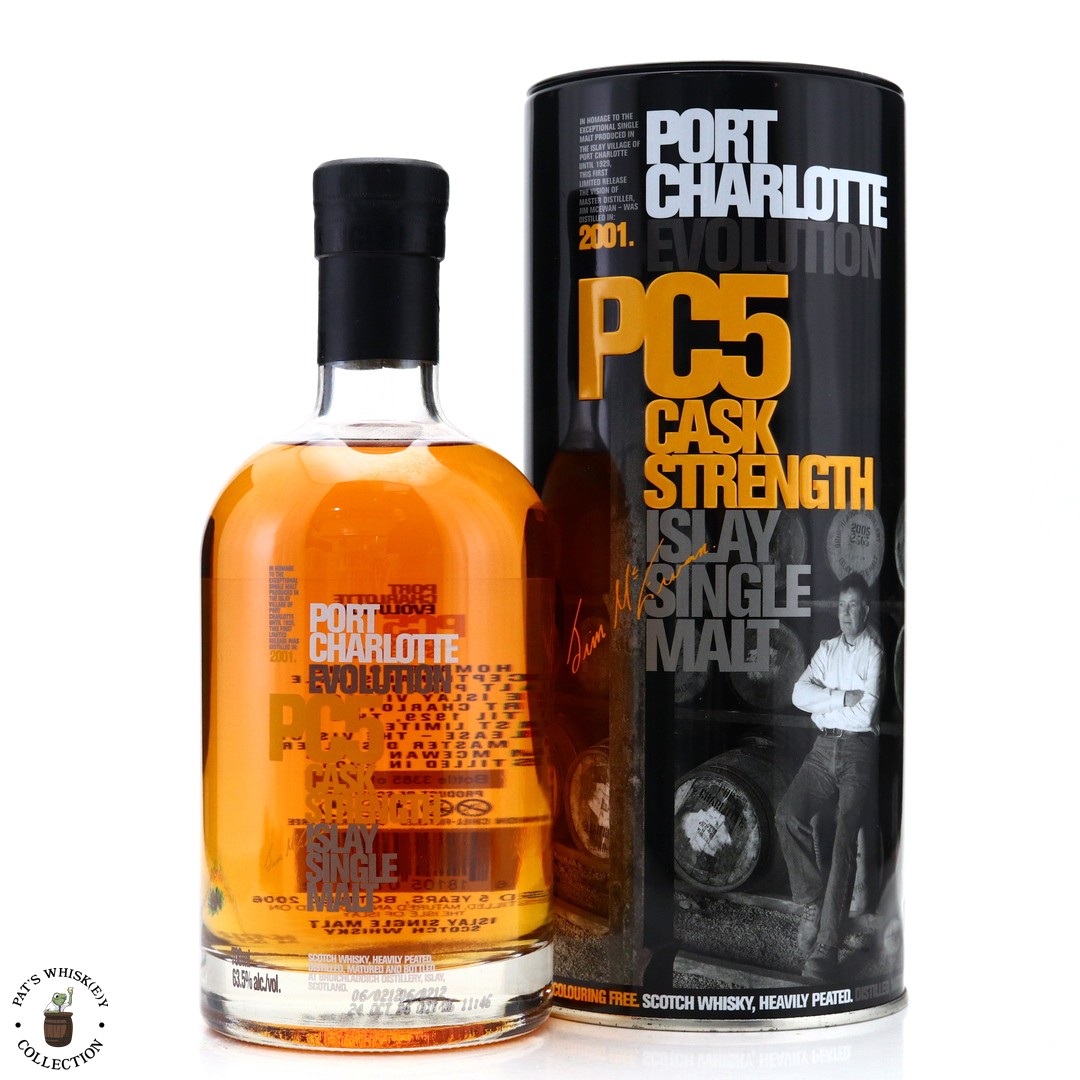 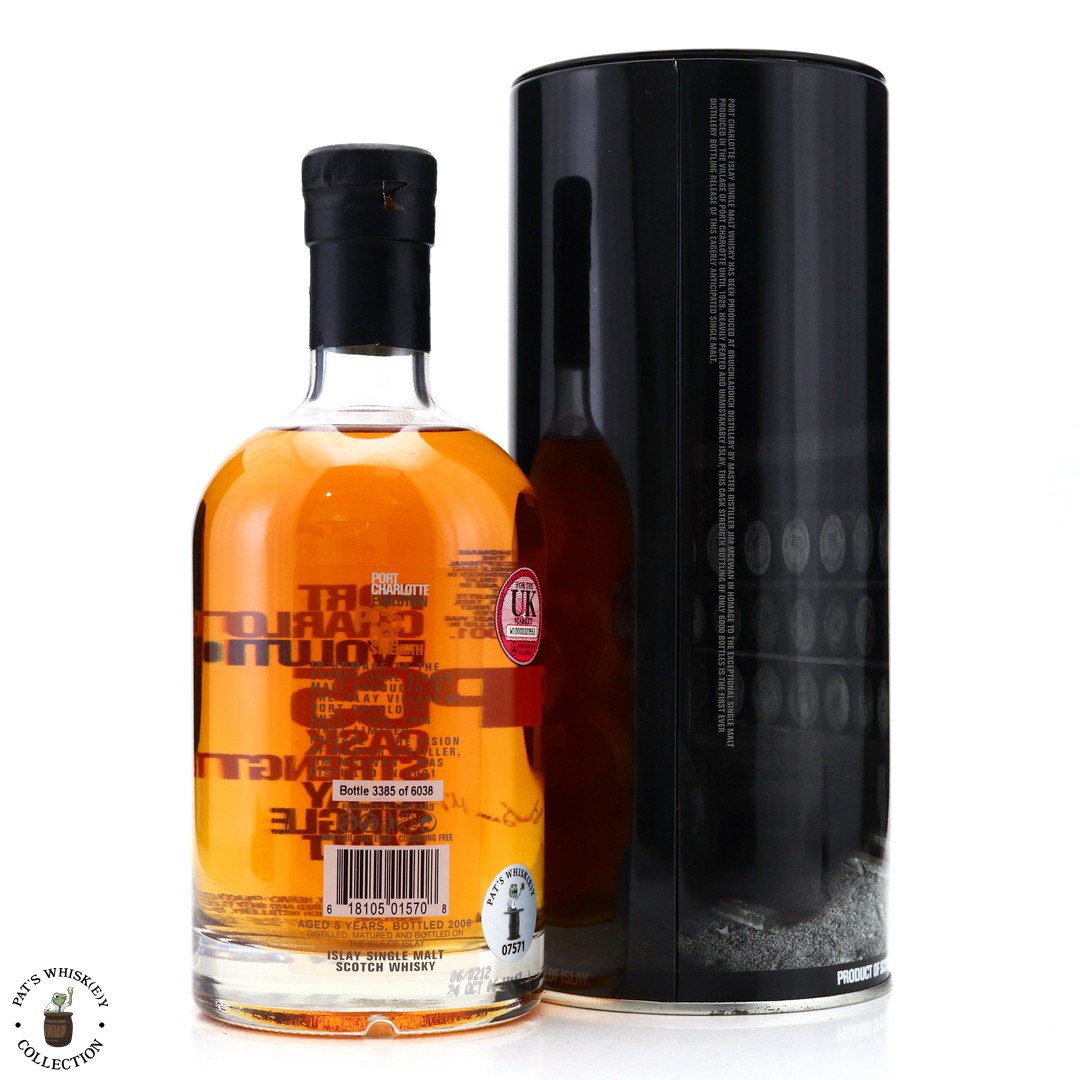 Port Charlotte is a heavily peated single malt produced at Bruichladdich distillery, introduced after Murray McDavid purchased the distillery 2001. The brand is named after a historic distillery in the eponymous neighbouring town. Having been traditionally an un-peated single malt due to the needs of its formers owners for blends, Murray McDavid were quick to diversify the Bruichladdich portfolio, also introducing the even peatier Lochindaal and Octomore.

The "PC" range were the first Port Charlotte releases. Distilled in 2001, they were released annually, with the PC suffixed by the age of the whisky. PC5 was bottled in 2006 and was the inaugural bottling.

Matured in both bourbon and sherry casks. 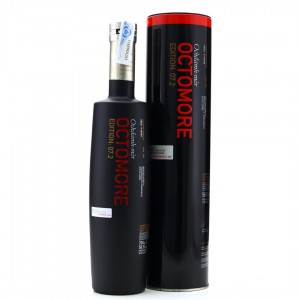 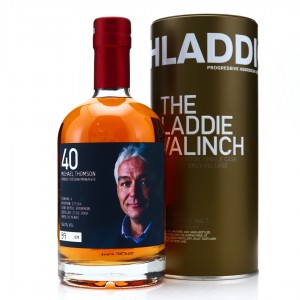 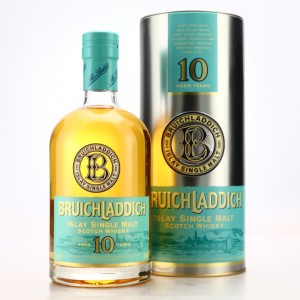 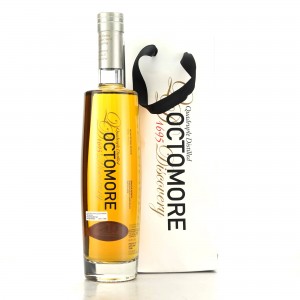