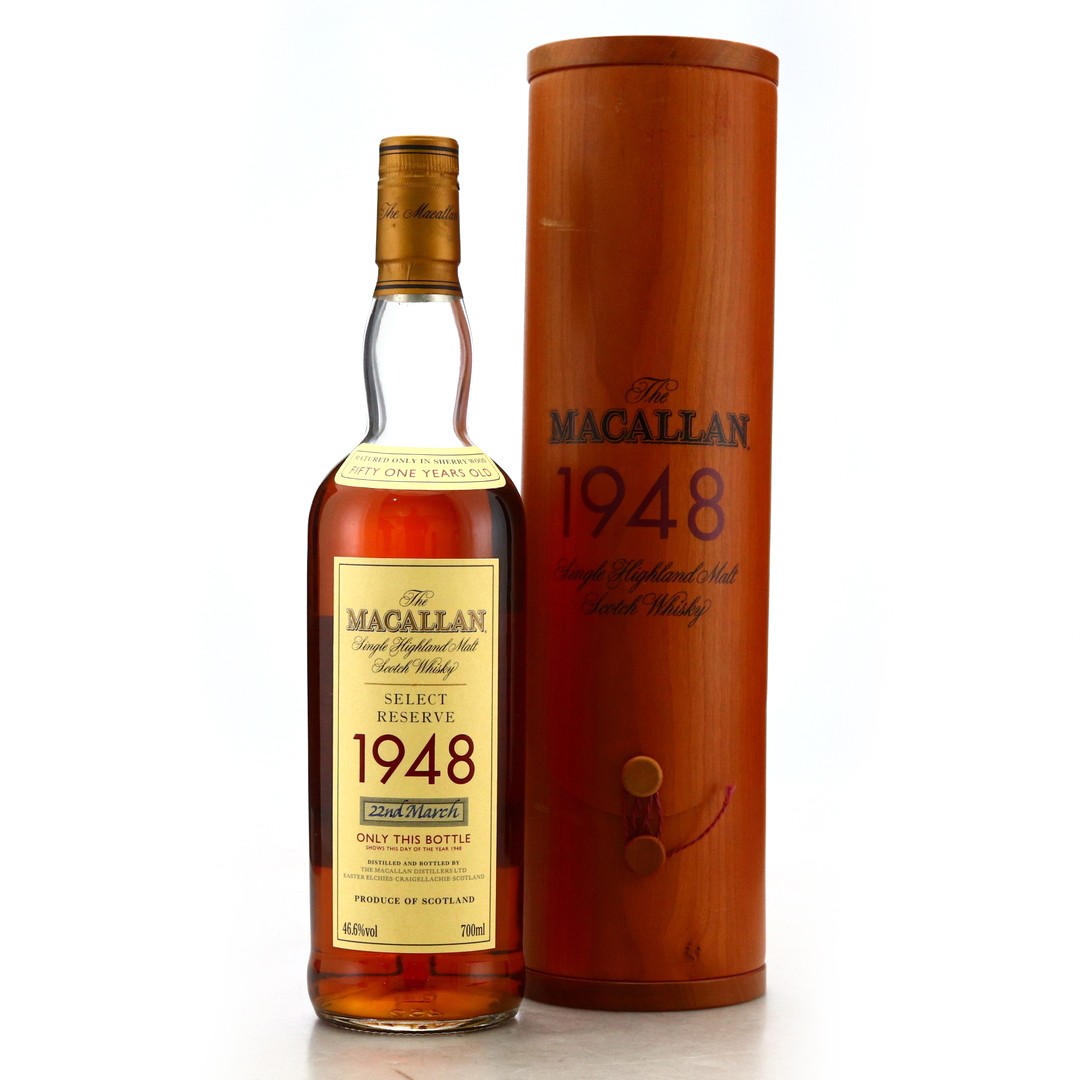 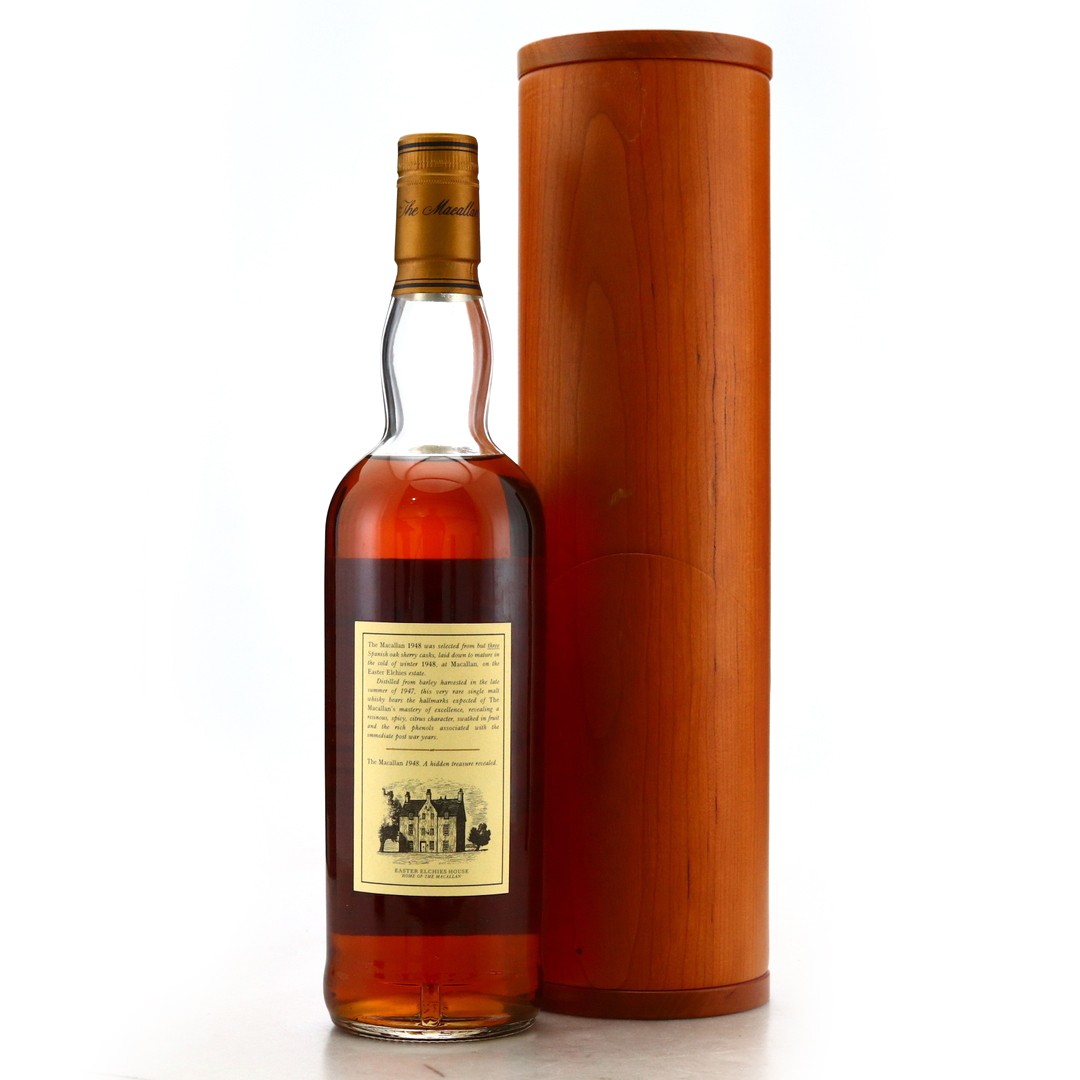 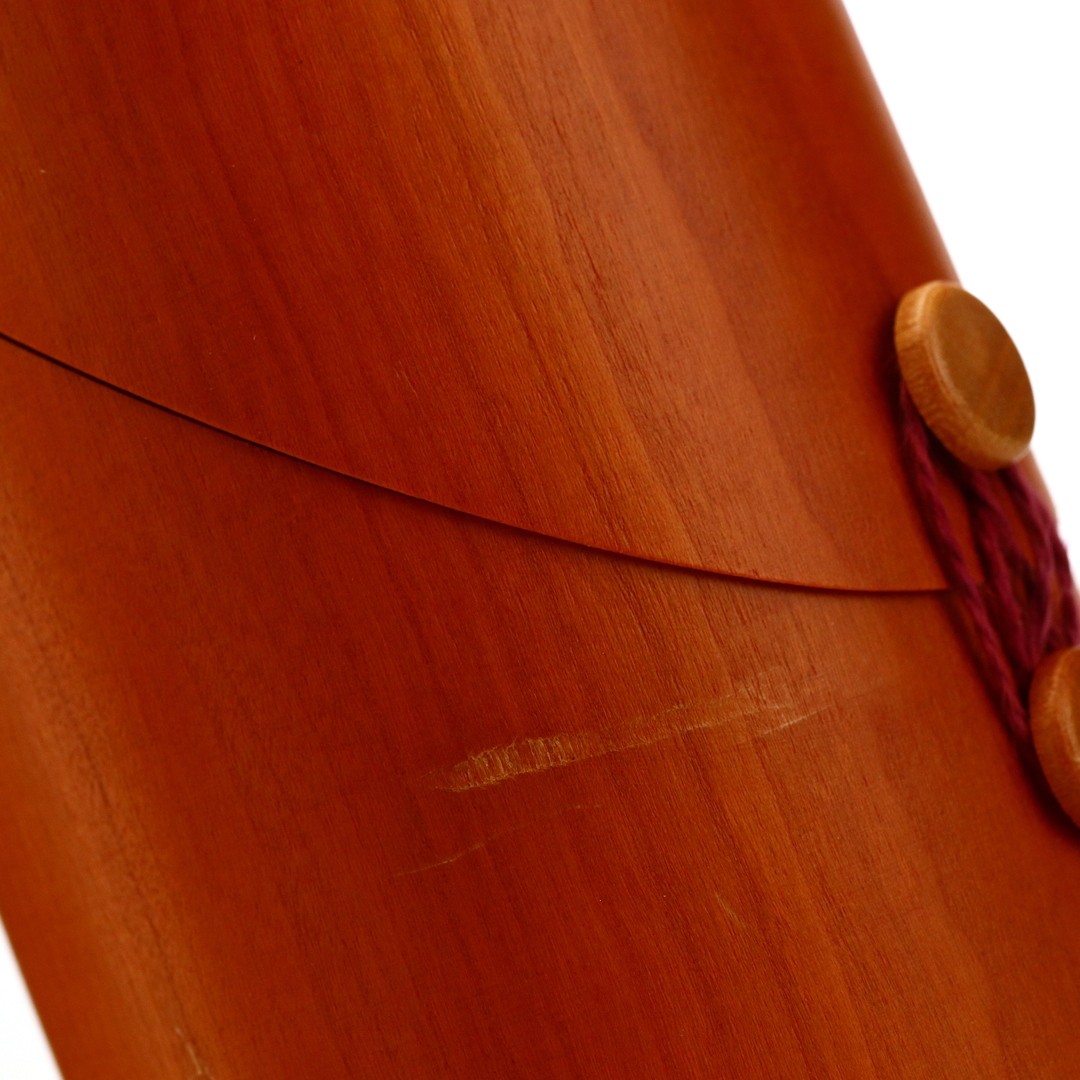 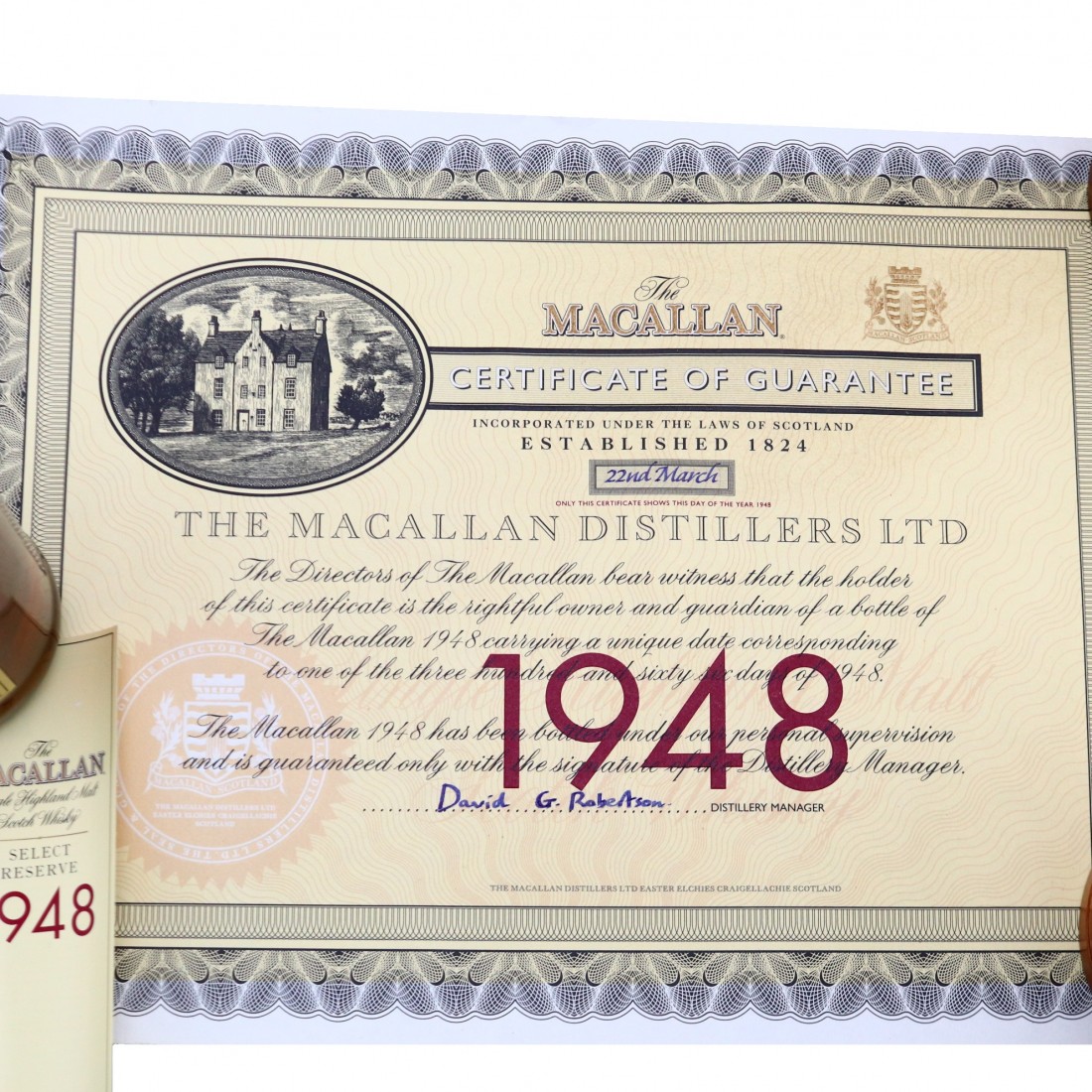 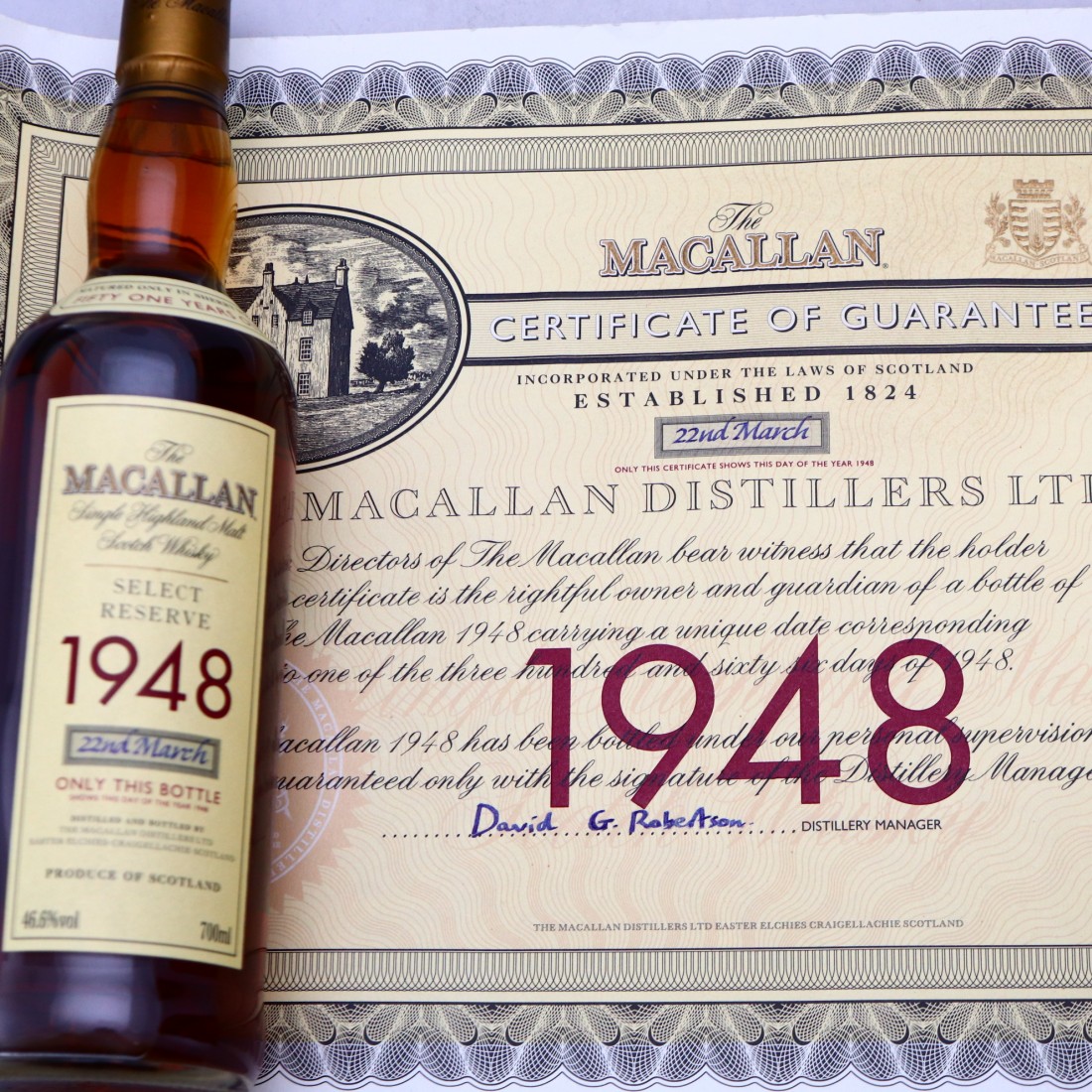 A magnificent bottle of Macallan distilled in 1948 and matured for over half a century until bottling on the 26th November 1999.  The 1948 Select Reserve was chosen from just three Spanish sherry oak casks, and distilled from choice barley harvested in the late summer of 1947.

Macallan decided to allocate each bottle an individual date rather than the more conventional bottle number. Of the 366 bottles released, not one bottle carries the same date as any other. This particular bottle is labelled 22nd March 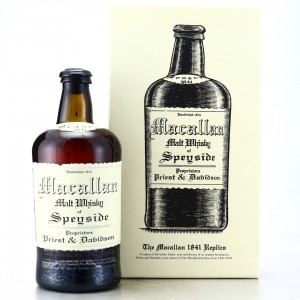 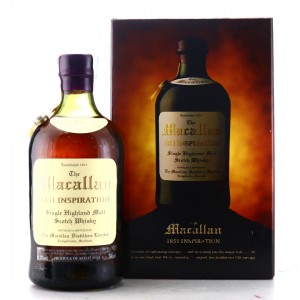 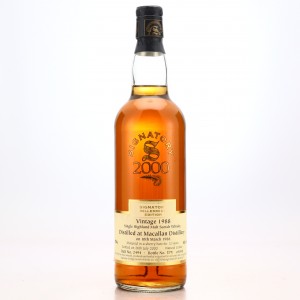 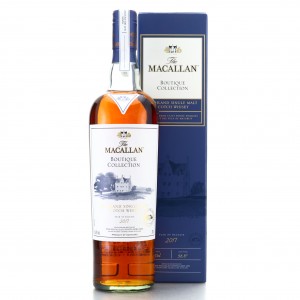