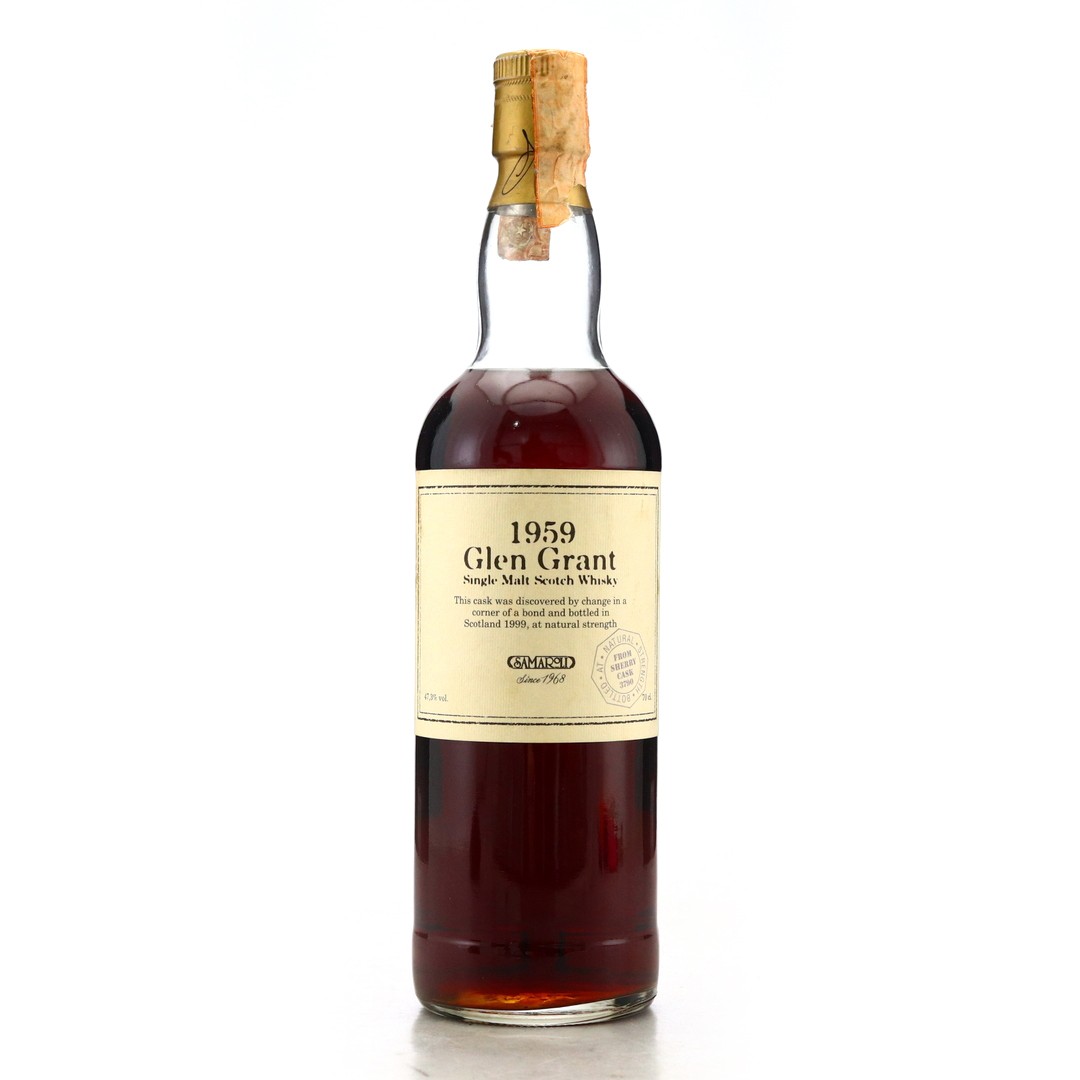 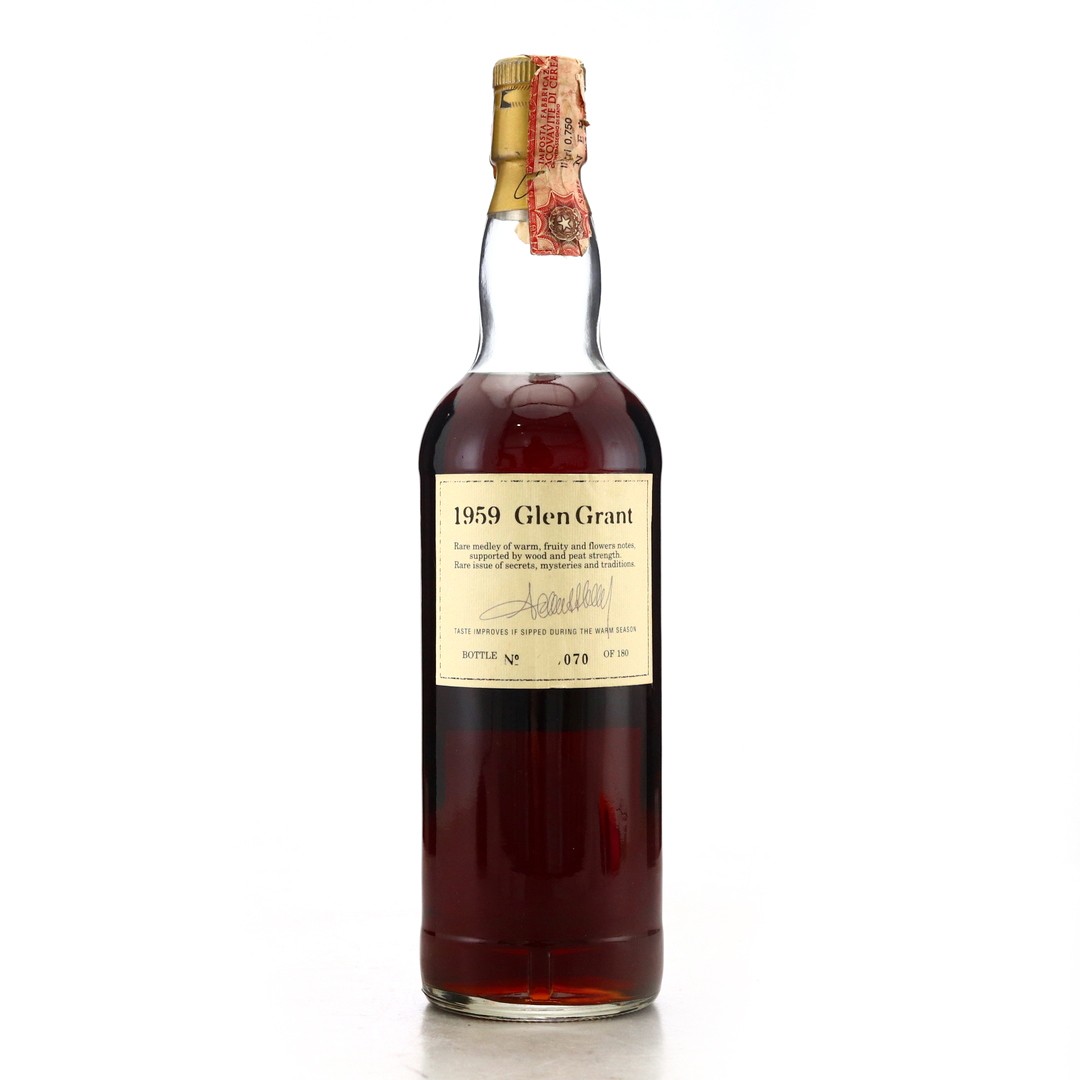 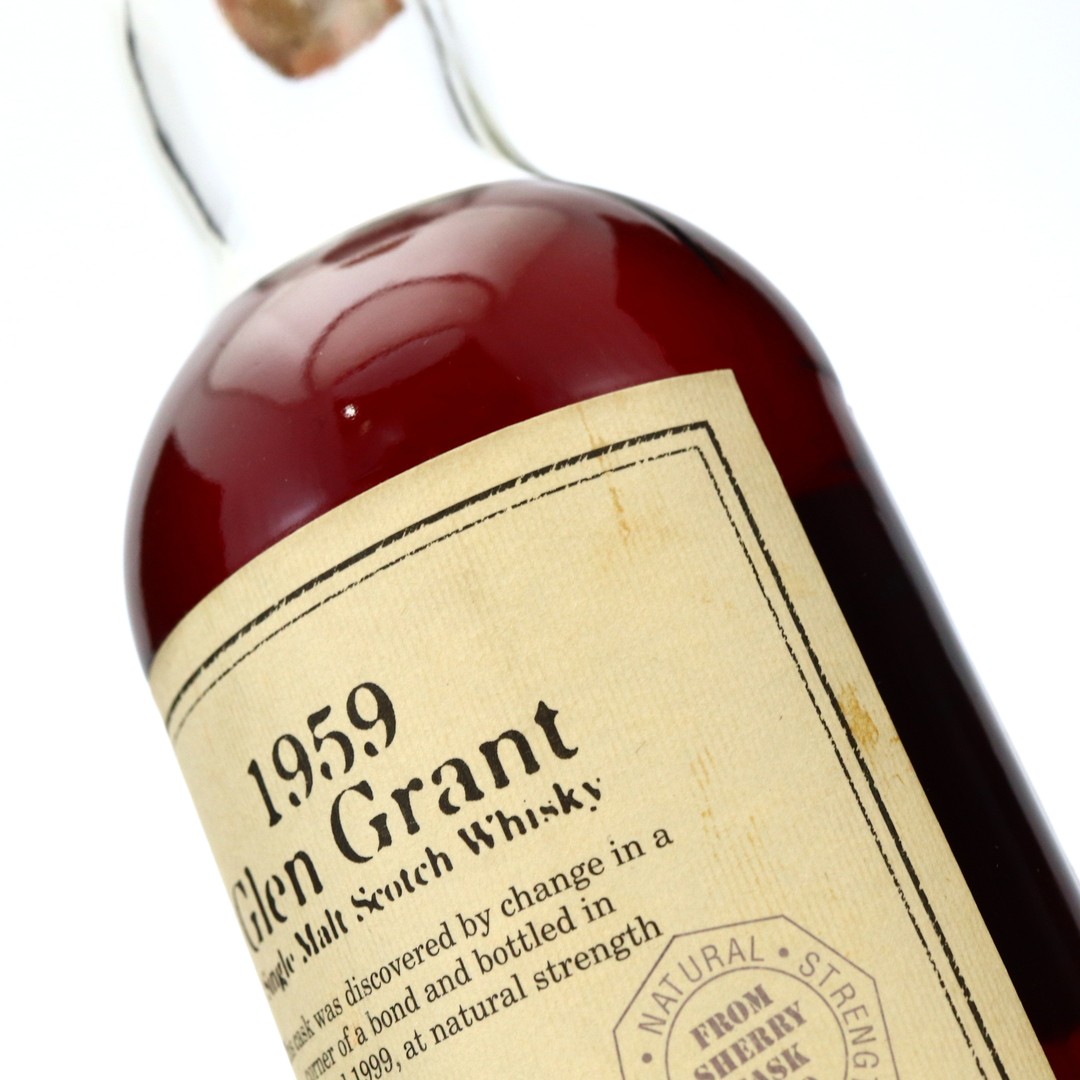 A single cask bottling of Glen Grant, found by chance in a 'corner of a bond' and bottled by Samaroli in 1999. 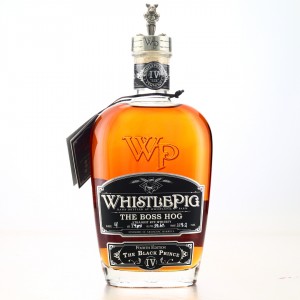 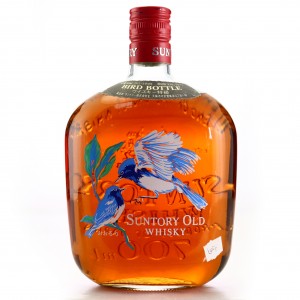 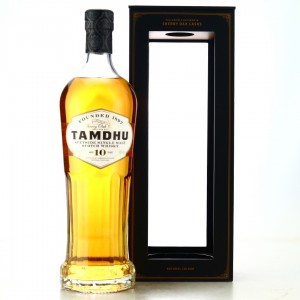 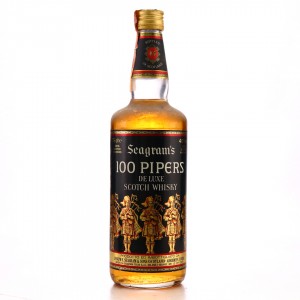