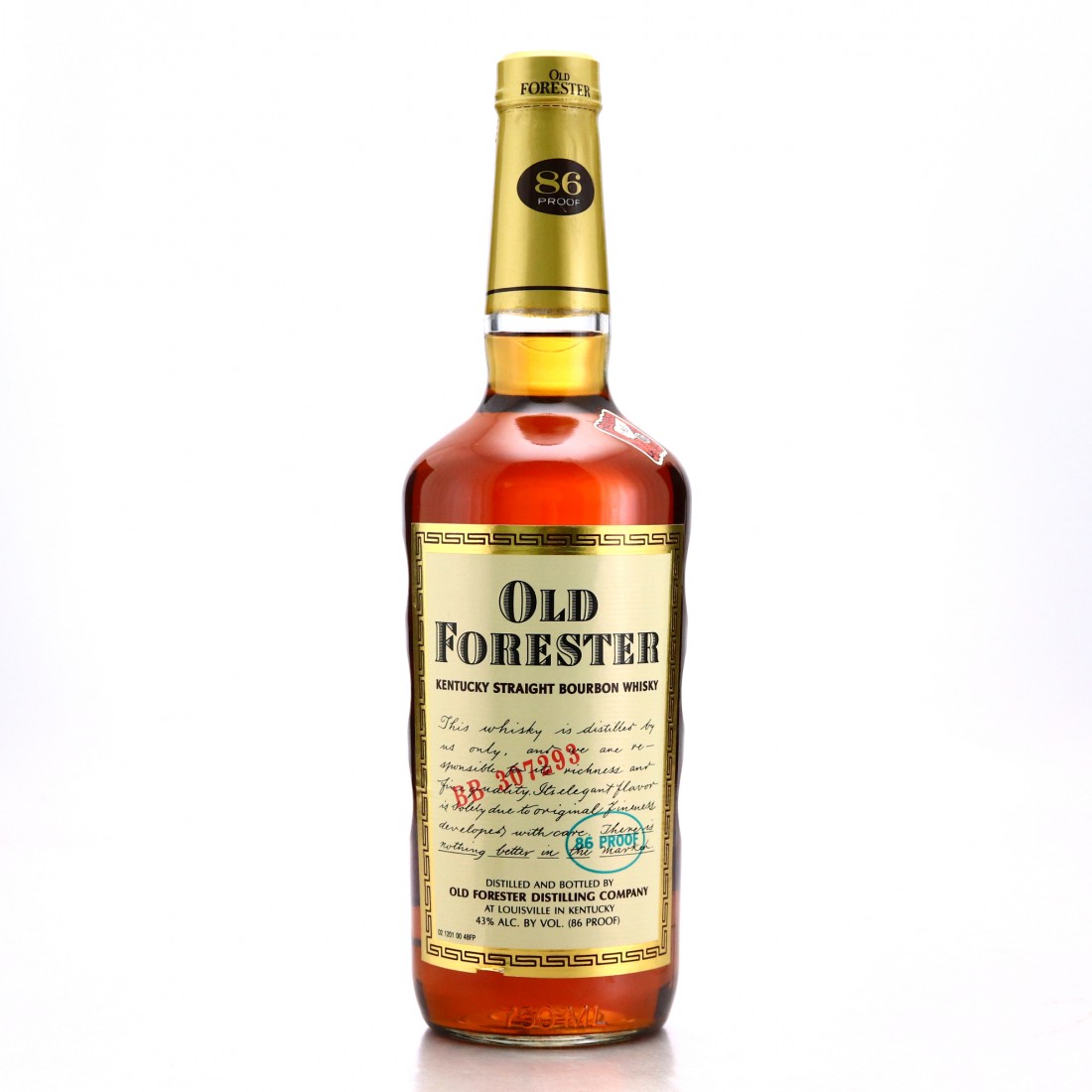 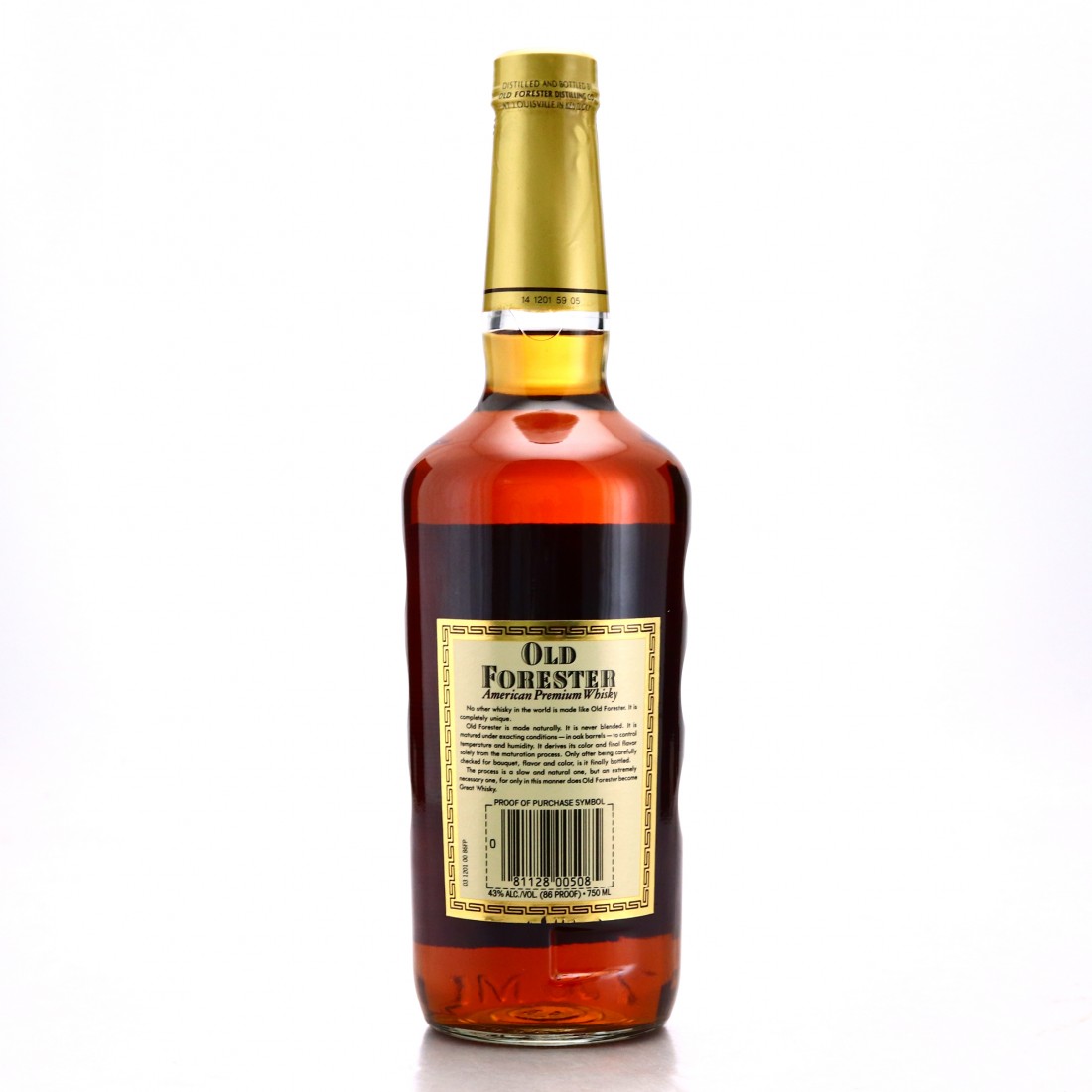 Old Forester is one of bourbon's historic brands. It was one of the first to ever be sold by the bottle in order to ensure quality control to capitalise on the medicinal whiskey trade in the 19th century. It was even named after local Louisville physician, Dr. William Forrester (they dropped the second 'R' fro the name when he retired).Produced by Brown-Forman at their distillery in Shively, Kentucky.

This particular bottle was sent for sale in the state of Georgia.