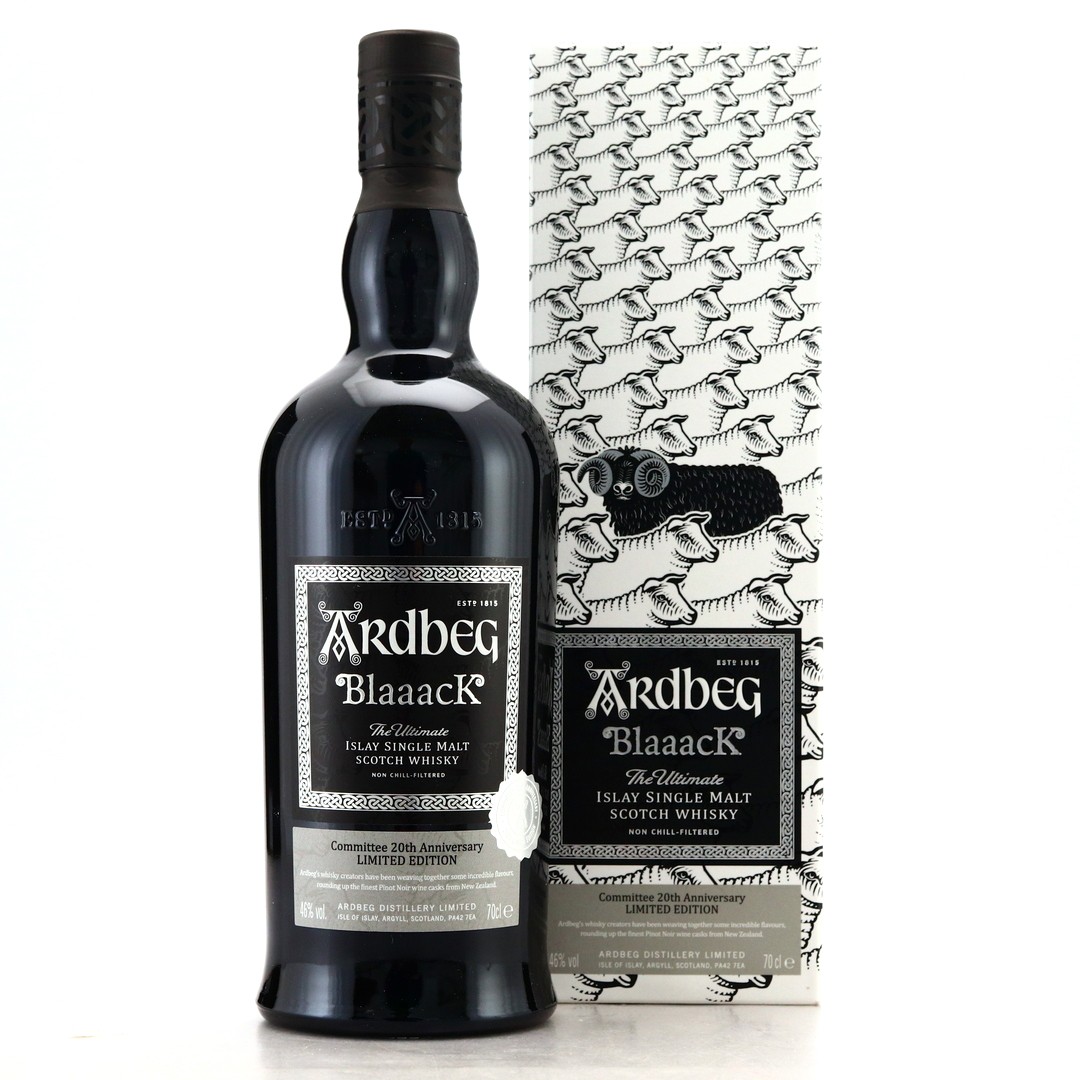 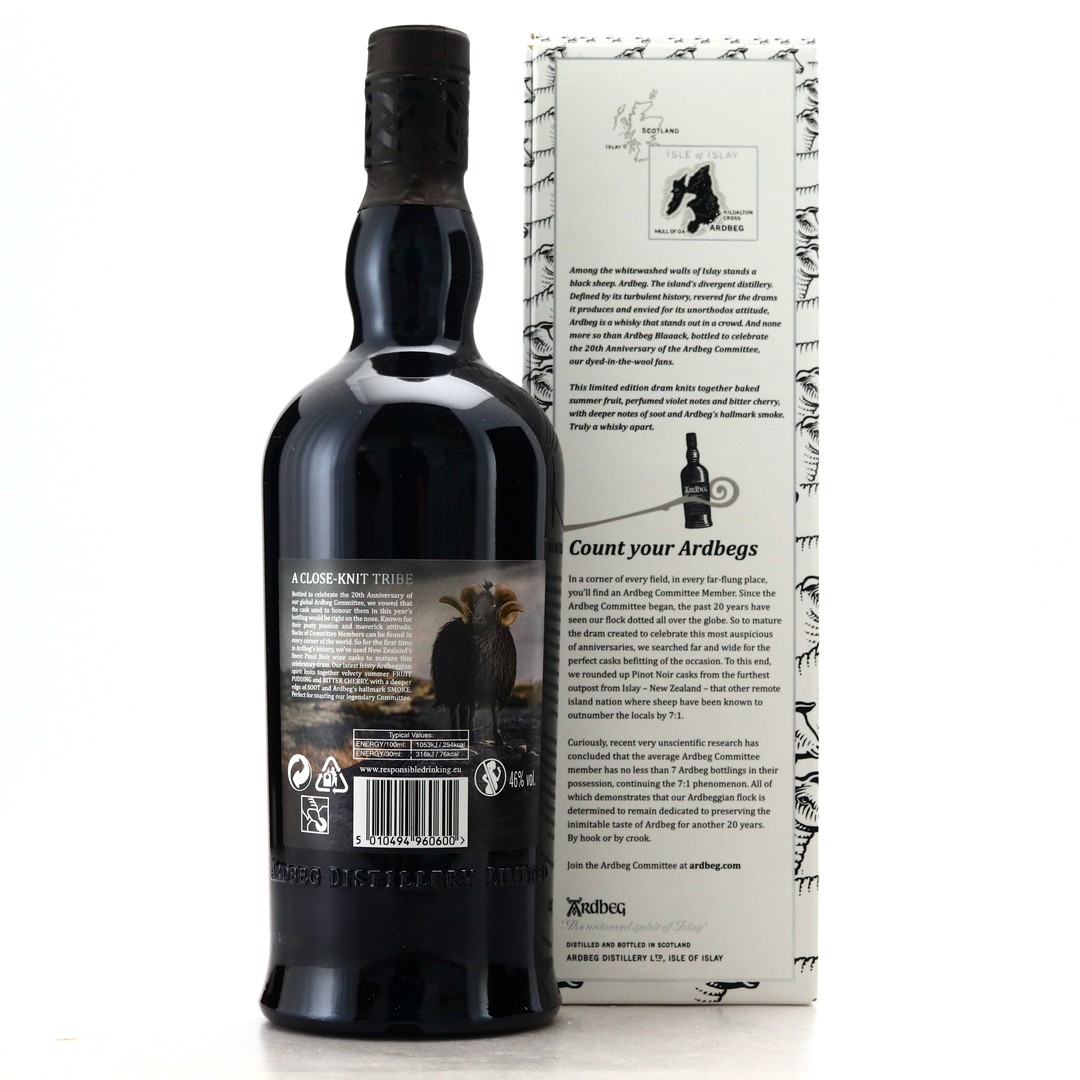 Ardbeg Blaaack was released in 2020 to celebrate the 20th anniversary of the Ardbeg Committee. Officially launched in January 2000, the Ardbeg Committee is a fan club that loosely tasked with safeguarding the distillery from a return to its darker days of the previous century. Open to anyone to register, the club has access to exclusive releases like this one, which are never available to the general public. Membership also have access to a private room at the distillery and are asked to adhere to semi-tongue in cheek set of Committee rules, one of which warns of grave consequences for those who mix their Ardbeg with anything other than water.

The distillery's annual limited edition is normally launched at the Arbeg Day celebration at Feis Ile every year, but sadly the 2020 event was cancelled due to the global COVID-19 pandemic. Instead, this was launched through the distillery website. As ever, a cask strength release exclusively for members of the Arbeg Committee was also produced.

Adorned with sheep puns, the labelling refers to Ardbeg distillery's "black sheep" status on Islay, and the whisky was matured in Pinot Noir casks from another famously sheep covered island, New Zealand.