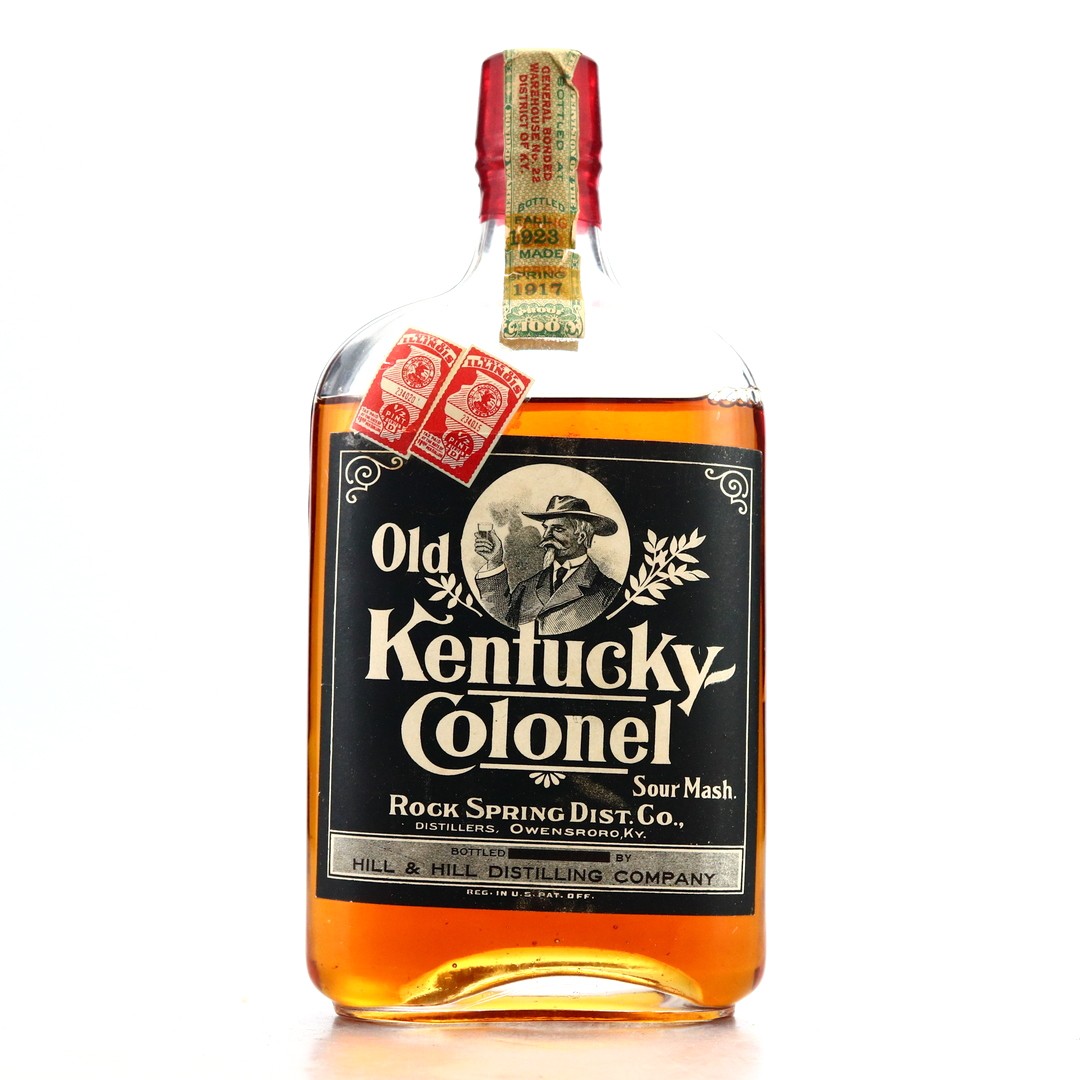 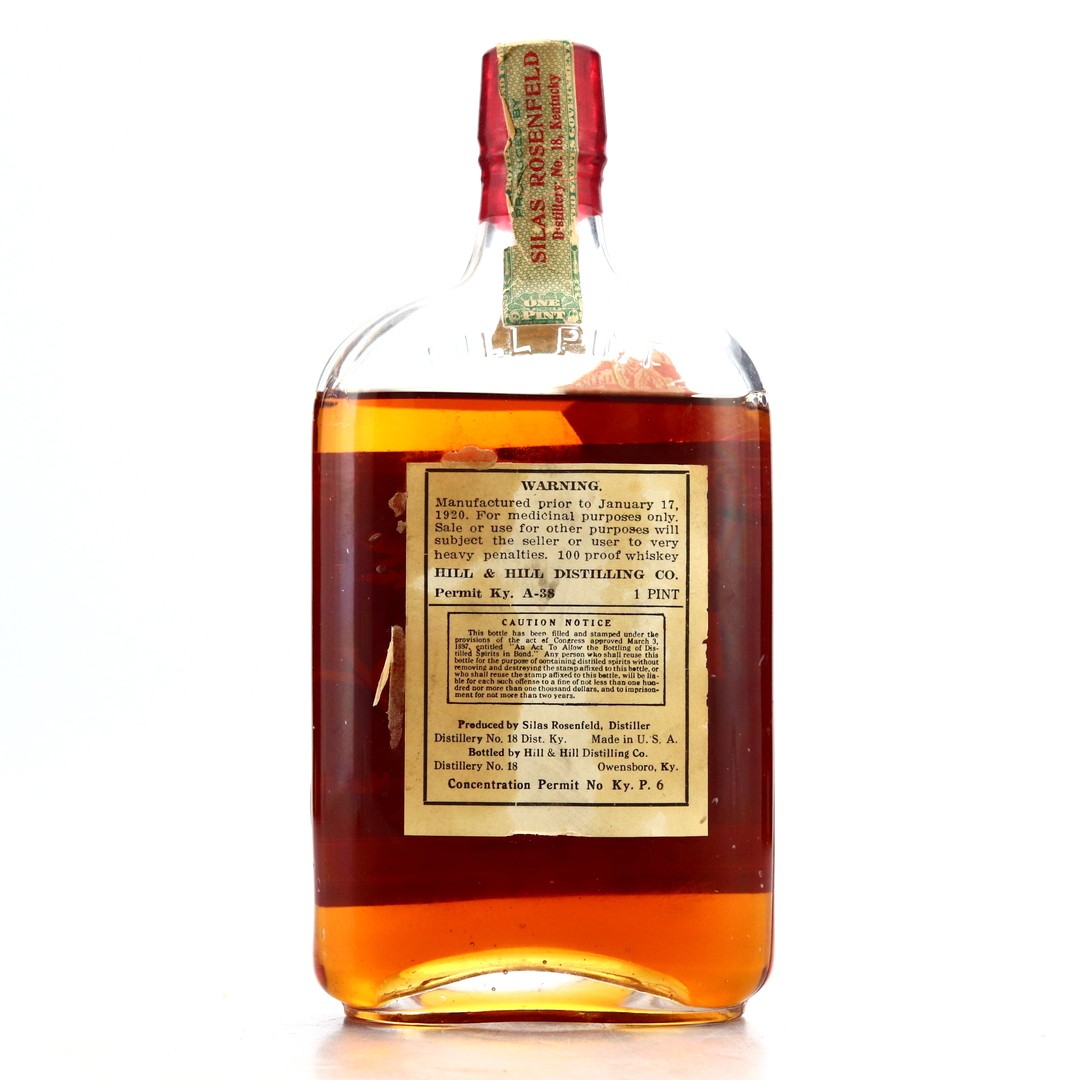 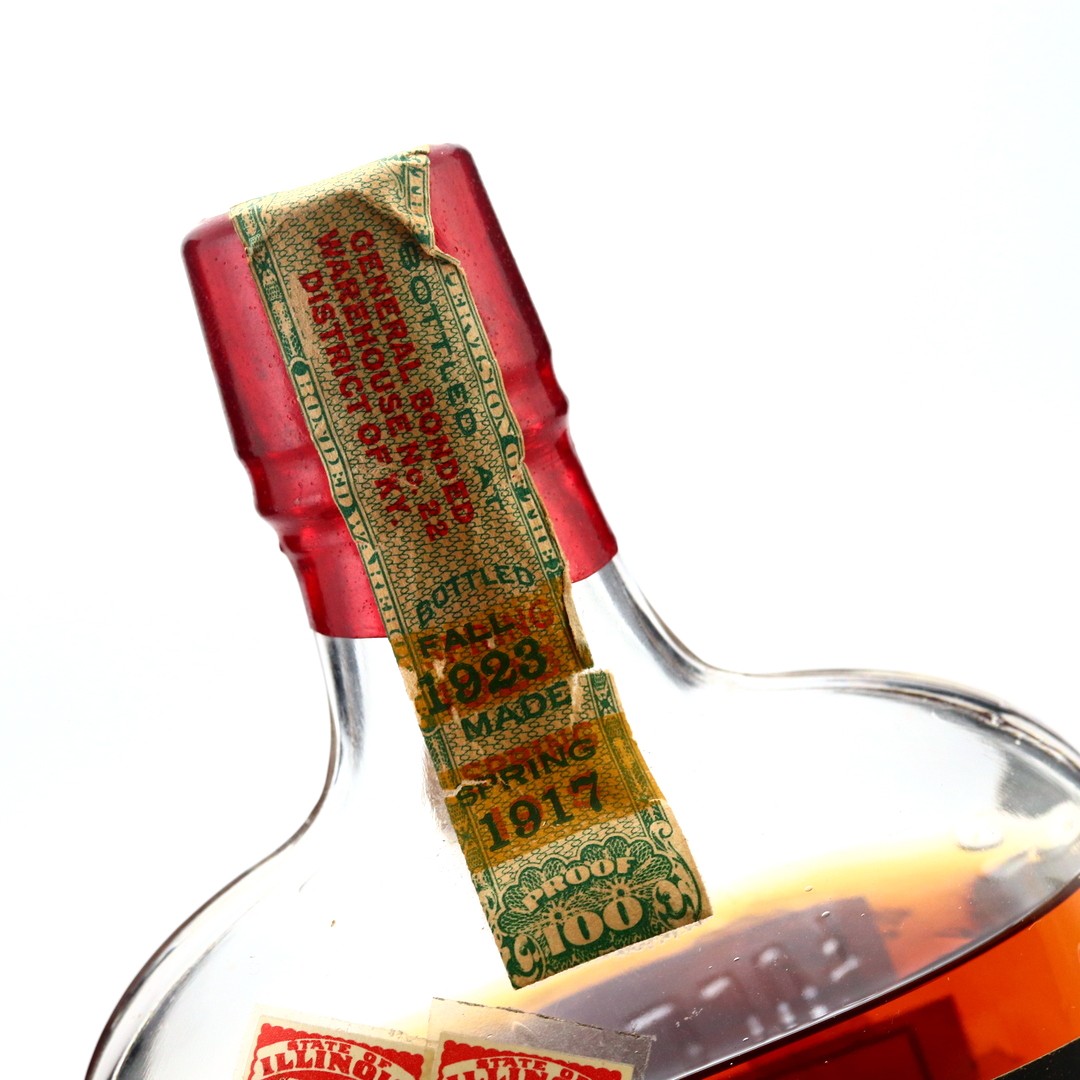 Distilled in 1916, this bourbon was protected in bond by the American Medicinal Spirits Company from the Prohibition Act of 1920, which made alcohol production and consumption illegal.

This was bottled in the "fall" of 1923. The whiskey was produced by the Silas Rosenfeld distillery, registered number 18 in the 2nd district of Kentucky. The distillery was originally operated by W.H. Perkins and Alexander Hill, after whom this bourbon may take its name. By 1892 it was under the ownership of Aaron Rosenfeld, and in turn his son, Silas. Otto Wathen then procured the distillery and its stock at the onset of Prohibition, in order to supply stock to his American Medicinal Spirits Company.

The American Medicinal Spirits Company was one of only around 30 distilling companies to survive Prohibition of the 434 that existed prior. They were one of few to be granted a license to bottle medicinal whiskey, and were probably the most successful. AMS Co was eventually subsumed by National Distillers, who along with Schenley, Hiram Walker and Seagram's, became the "big 4" American whiskey companies following the eventual repeal of Prohibition. They continued to operate the Silas Rosenfeld distillery as a bottling plant until the 1970s.

This pint bottle was filled by the AMS Co at bonded warehouse number 19 in the 5th district of Kentucky, permit no. Ky P-19.